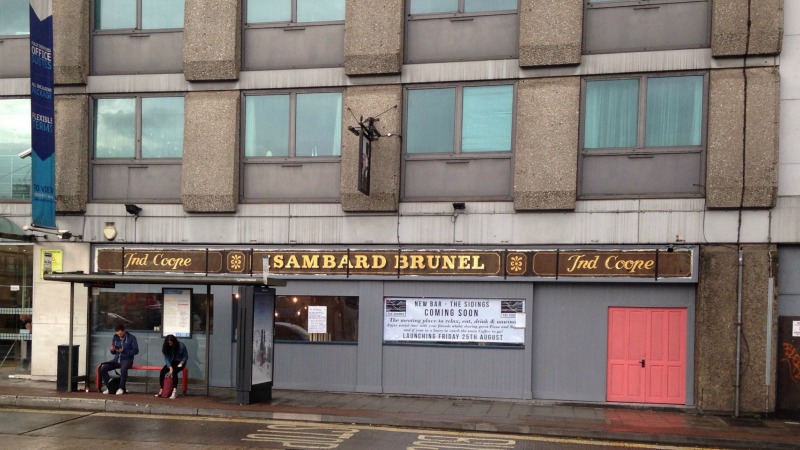 For many years, the area around Bristol Temple Meads was a food and drink desert.

But the arrival of Hart’s Bakery changed that and it was soon followed by Chomp when they still operated from a converted Citroen van and later the likes of a revitalised Barley Mow pub, Friska, Veeno and a weekly street food market.

It certainly makes a change from not so long ago when some of the only choices were Starbucks in Temple Quay, Starbucks within the station underpass or a soggy sandwich from WH Smiths.

Opposite the main entrance to the station, the Reckless Engineer (previously the Isambard Brunel) often seemed like a relic from another age, where motorcyclists were a more regular sight than thirsty commuters.

But now the pub has closed and is due to be replaced later this month with The Sidings, a bar and cafe which promises to be “the meeting place to relax, eat, drink and unwind”, serving pizza, tapas, coffee and more.

Like the former Reckless Engineer, The Sidings will be operated by Punch Taverns, one of the largest pubcos in the UK who own thousands of pubs across the country.

Read more: Could Jamaica Street Stores be this year’s most exciting new restaurant?