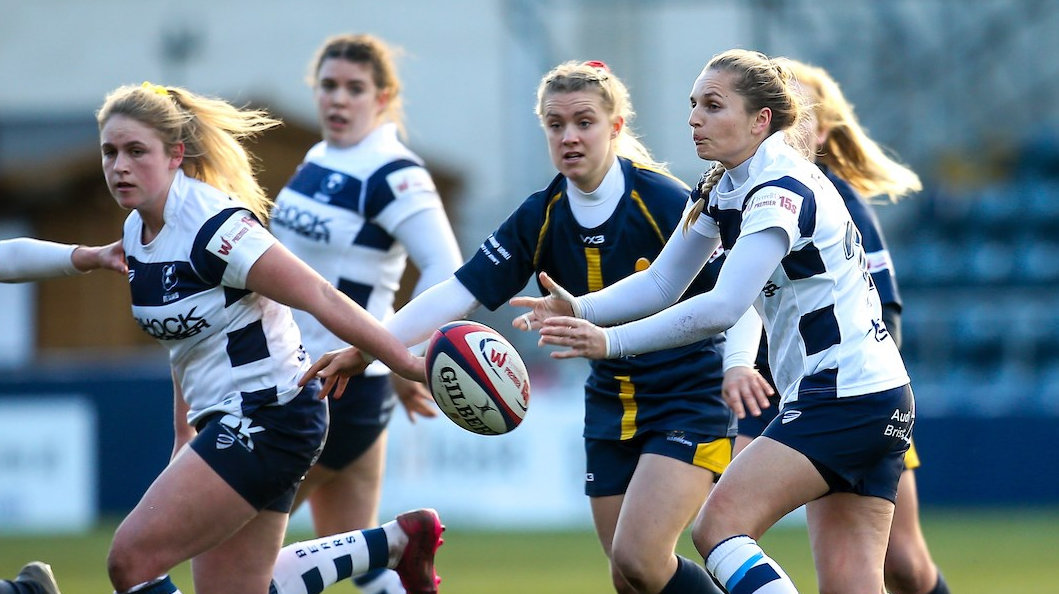 Bears Women came up just short at Sixways Stadium as Worcester Warriors battled to a 15-12 victory.

The Bears started brightly and had an opportunity to open the scoring through a driving maul in Warriors territory but resolute defence from the hosts kept the Bears at bay.

Warriors opened the scoring after they had managed to set up a driving maul five metres out and Lucy Lockhart was the beneficiary as the hosts powered their way over the whitewash with the conversion attempt unsuccessful.

Kim Oliver’s side responded almost immediately as the forward pack flexed their muscles and after a series of pick and goes, Ellie Mulhearn burrowed her way over the line. Lucy Attwood added the extras to give the Bears the lead.

Lockhart grabbed her second of the afternoon to see Worcester take a 10-7 lead into half-time.

The Bears looked for an avenue back in to the game, but they were met by a wall of Worcester shirts and it would be the hosts to get the next score of the game as Carys Cox crossed the chalk after a period of sustained pressure from the Warriors.

With the game entering the final ten minutes, Bristol needed a lifeline and they go their after Charlotte Wright-Haley picked from the base of the scrum to dive over the line and bring the Bears right back in to the game with less than five minutes to play.

Having missed the conversion the Bears would have needed a try to seal victory and despite their best efforts, they couldn’t score a third and Worcester held on for a 15-12 victory, their first of the season.