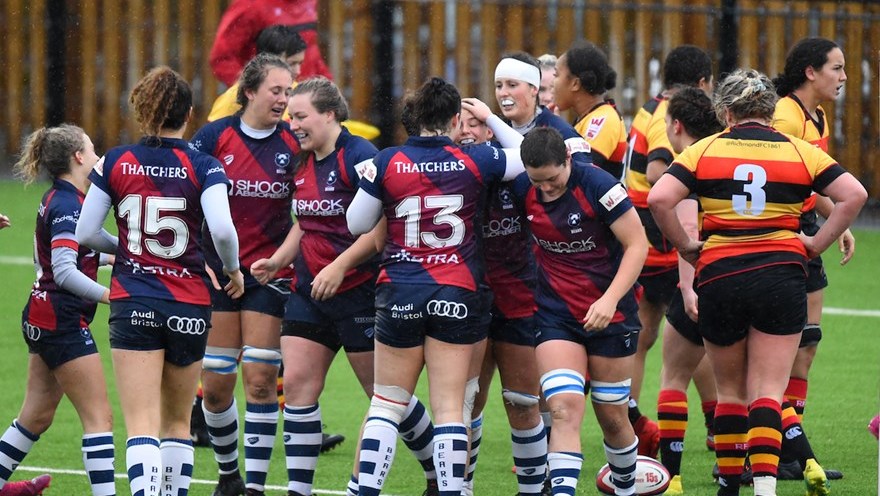 The hosts crossed the whitewash on four occasions through Rownita Marston, Naomi Keddie, Daisie Mayes and Clara Nielson at a rain-soaked Shaftesbury Park to pick up five points. 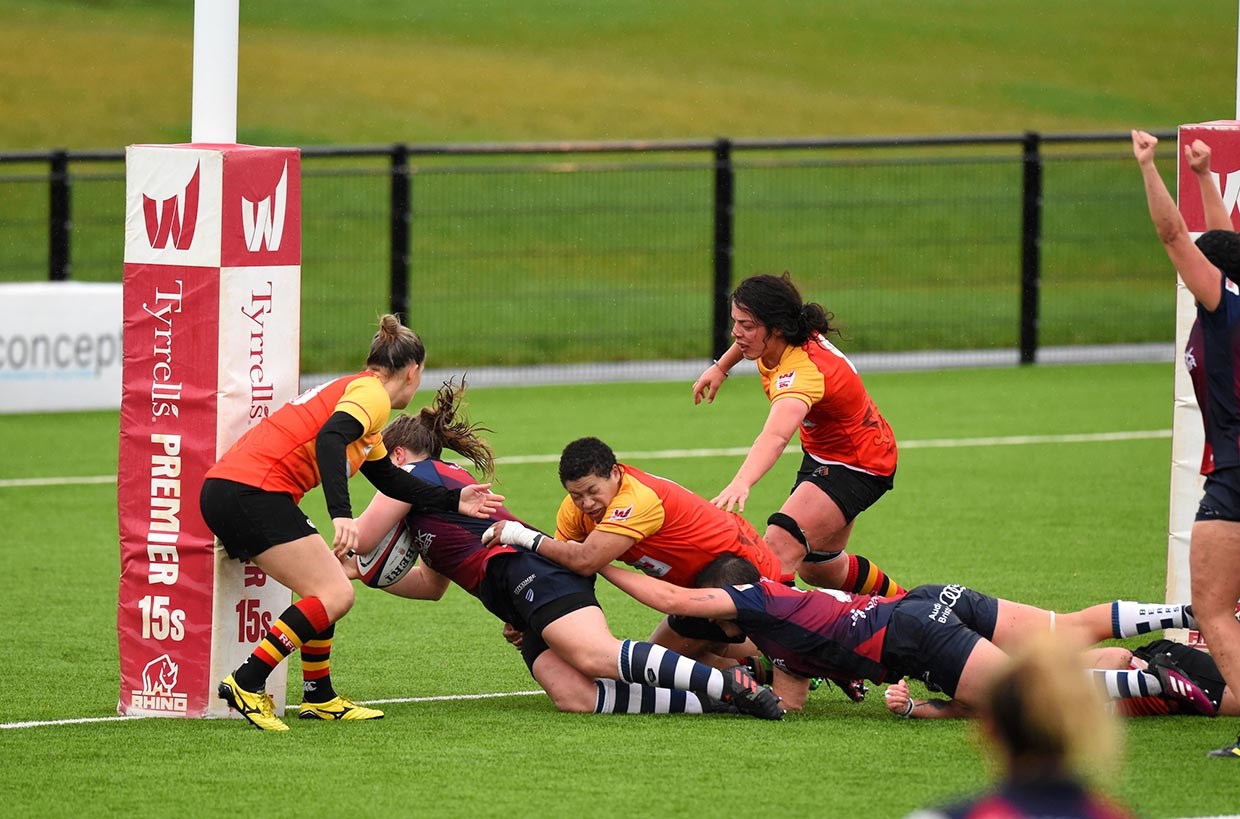 The first points of the game went the way of the visitors after Lucie Skuse was penalised for a high tackle and Jessica Wooden stepped up to slot the penalty goal between the uprights.

Wooden then doubled her side’s lead with a second penalty, before Rownita Marston took matters into her own hands and bulldozed through three Richmond defenders on her way to the chalk with Attwood adding the extras.

With the wind and rain causing both sides all sorts of problems, the hosts kicked to corner and elected to keep it tight with captain Clara Nielson being the beneficiary as she burrowed her way over the whitewash.

However, Richmond were not going to go down without a fight. The visitors looked destined to score when Emelie Hellgreen burst through a gap in the Bears defence, but with the try line beckoning she was impressively hauled down short of the line by Lilly Stoeger-Goddard. Richmond weren’t to be denied though as they inched their way to the line with Charlie Willett eventually crossing.

Attritional rugby was on display in abundance at Shaftesbury Park this afternoon and the Bears forward pack flexed their muscles once again with Naomi Keddie diving over the line in the last action of the first forty.

Bristol wasted no time in getting out of the blocks at the start of the second period as a fine break from Marston brought the Bears within five metres of the Richmond line and Daisie Mayes secured the vital try bonus-point with a strong leg drive to get herself over the line.

Richmond managed to get themselves back into the game and within touching distance of the Bears after a driving line-out resulted in Laura Kapo touching down.

As the second half progressed, conditions deteriorated and handling errors occurred in abundance. However, Abbie Parsons reacted well to secure a loose ball from a Richmond line-out and give the Bears possession and allow them to see out the game and claim victory.