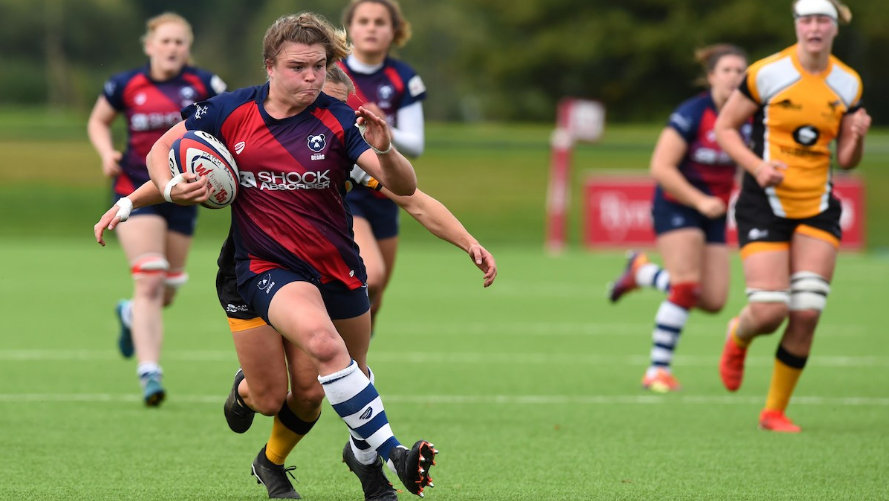 As play got underway it would be the hosts that got out the blocks the faster of the two sides as Carge crashed over the line after a swift break from Alder took Wasps up into the 22.

It didn’t take long for the Bears to respond as Reed stepped up to convert a penalty goal two minutes later to get the visitors off the mark.

Spirited by their quick penalty goal the Bears kicked on to win another penalty and set up a destructive driving maul that would see Sarah Bern drop down over the line and put the Bears in front.

The topsy turvy nature of the half continued as a swift backs move from Wasps allowed Edwards to find Millar-Mills with an inside pass and the the rangy number eight would open up to cross the line.

Wasps would go on to chalk up more points as Edwards found space in the backfield with a pinpoint kick, which Dow hared after to score under the posts.

One thing we’ve learnt over the season is that the Bears will not stop fighting and that was evident in the next ten minutes of play. The visitors then came with wave after wave of attack and Skuse eventually spotting a gap to dart through with the ball going through the hands for Attwood to cross.

Both sides would have one more attempt at goal with Edwards converting her effort and Reed coming agonisingly close but only managing to find the unforgiving right upright – Wasps would go into the break 22-15 up.

The first score of the second period would go to the hosts as MacDonald pounced on a loose ball from a Bears line-out only five metres out to extend Wasps’ lead to two converted scores.

Wasps would go on to score another through a powerful run from Clarke, and the Bears would have her final say as two minutes from time, Abbie Parsons burrowed over the line after the Bears set up a powerful driving maul.