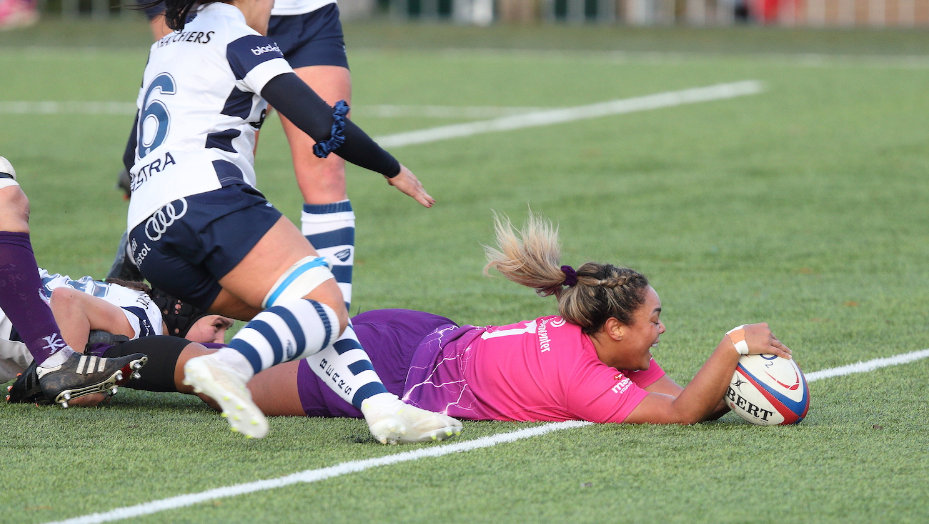 Bristol Bears Women fall to a heavy defeat against Loughborough Lightning in their final outing of 2019.

The Bears started the game in the ascendancy with the opening exchanges taking place in Lightning territory but the hosts quickly turned defence in to attack as Scarratt broke on an outside edge to canter in from 40 metres out.

The hosts quickly doubled their lead two minutes later as full-back, Jones received an inside pass from Daley-McLean to run in from just under halfway before the Lightning were also awarded a penalty try from a scrum five metres out to make it 21-0.

Bristol responded and had a glorious chance to pull a try back as Marston brilliantly picked up from the base and swatted away three defenders on her way to the line, but as she reached out to score the ball was dislodged by a Loughborough defender and knocked on.

Lightning would cross for a further two tries before half-time as slick handling in the wide channels allowed Daley-McLean and Harper to cross for the hosts and see them take a 35-0 lead heading into the break.

Alejandro crossed for the host’s first score of the second half as she collected the ball on left to sprint down the wing and evade the covering tackle of Doidge.

A trio of Lightning forwards then crossed as Field, Bonner and Talling all crashed over the whitewash to taken the hosts past a half century of points.

As the game entered the final moments the Bears managed to come away with a consolation score. The forwards kept the ball tight and worked their way to within metres of the Loughborough line before replacement prop Keddie powered her way over the chalk.