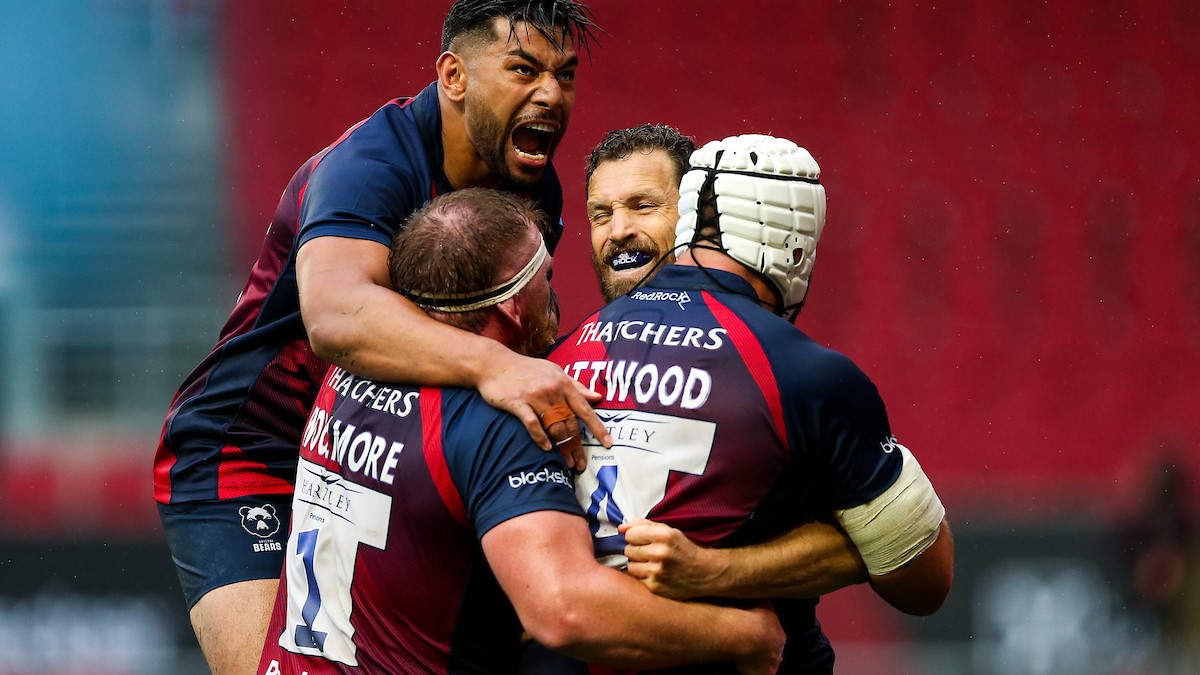 Stadium announcer Ian Downs gave it his best razzmatazz when saying the names of the players before kick-off. But the hype was for the benefit of a mostly empty Ashton Gate, with crowds still not allowed back into sporting venues.

Over in Sheffield at the same time as this game took place, a handful of fans were watching the final of the World Championship at the Crucible Theatre. But that was only a test event, with stadiums full of fans not likely for some time yet.

No fans did not mean no noise in Ashton Gate, however, with the voices of the players, and clapping and shouting from substitutes and backroom staff pitchside creating a semblance of an atmosphere against Saracens.

After Bristol players stood in a heart-shaped formation to show respect for black lives and racial equality, the match only really burst into life into the closing stages – when a packed stadium would have jangled the nerves even more.

This was the Bears’ first competitive game for five months and there was understandably a bit of rustiness, with a misfiring lineout and a number of handling errors in very wet conditions.

But a frantic final few minutes, a penalty try and some heroic defending ended in a famous 16-12 win against the reigning Premiership champions, taking Bristol to second in the table behind Exeter Chiefs.

Here’s what you’ve been waiting for 🙌

Some serious rigs in the mix this week 👏

UP THE BLOODY BEARS! 🐻 pic.twitter.com/I9kJWWFIAE

In a match of few stand-out moments, with a misfiring lineout and a very quiet debut for big summer signing Semi Radrada, the crowd would have been on their feet midway through the second half when Luke Morahan looked to have scored a brilliant try.

The Australian dodged and weaved through the Saracens defence to cross the line, but after a lengthy look at the television replays the try was disallowed due to obstruction by Harry Thacker.

Bears director of rugby Pat Lam said that his team were “really hard done by” with the decision to disallow the try, but he praised the “energy” created both on and off the field and how the team had “gutsed it out”.

“Where does the energy come from? It comes from within the group,” Lam said in the post-match press conference.

“Our bench, our support staff, the guys on the field, we talked about generating a buzz and the energy from each other.”