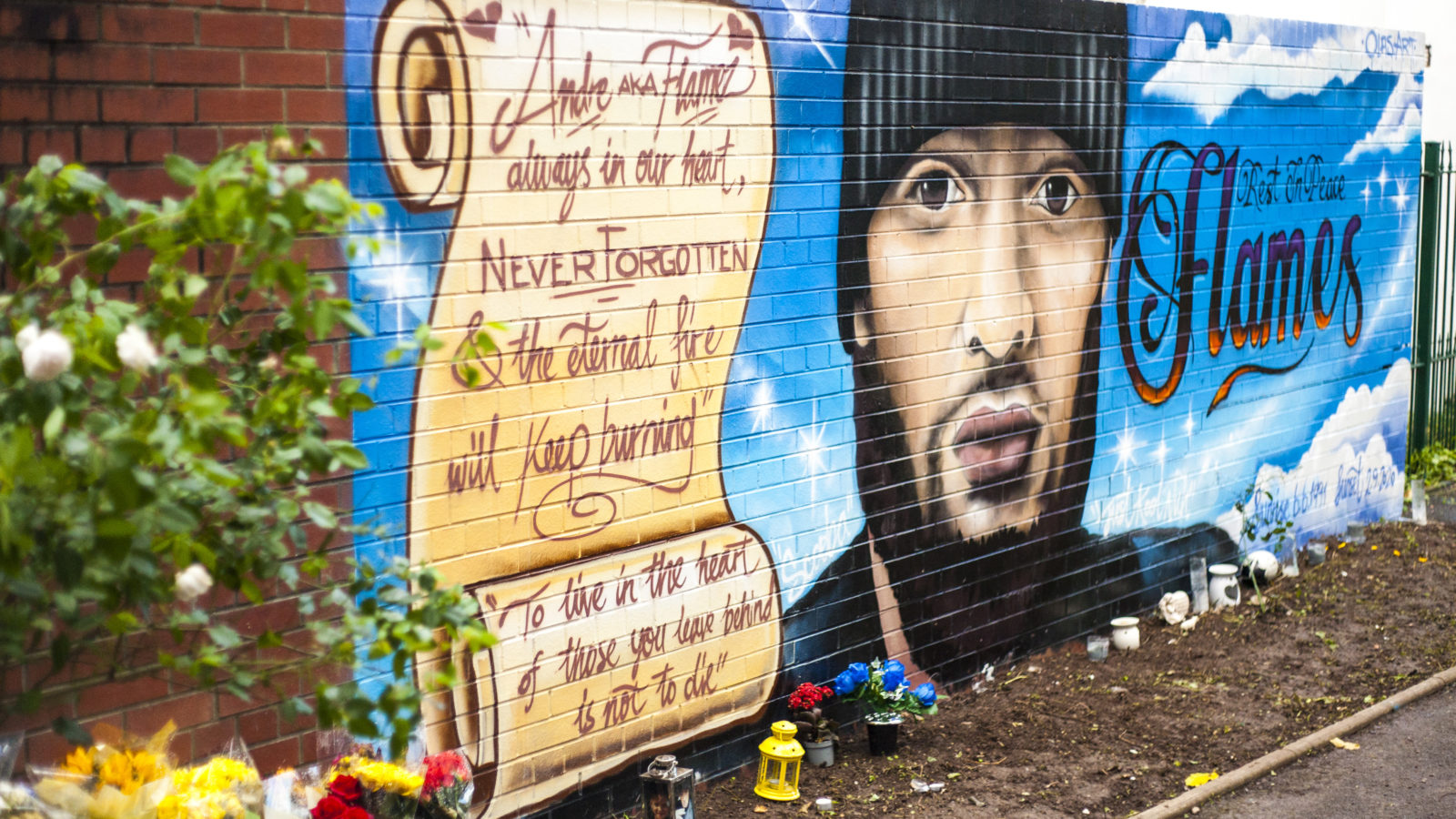 A new mural has been painted in memory of Andre Gayle, who was murdered outside Easton Community Centre in the early hours of August Bank Holiday Monday 2020.

The mural, on the wall between Easton Community Centre and Bristol Central Mosque, was organised by a group on Andre’s closest friends. It serves as a memorial to the 29-year-old, who grew up in Easton and had six children. He was well known by many in the community.

The mural shows Andre, who was known by many as Flames, on a background of blue sky, white clouds and twinkling stars. Beside him is a scroll that reads: “Andre AKA Flames, always in our heart, never forgotten and the eternal fire will keep burning. To live in the hearts of those you leave behind is not to die”. The words were chosen by Andre’s mother. 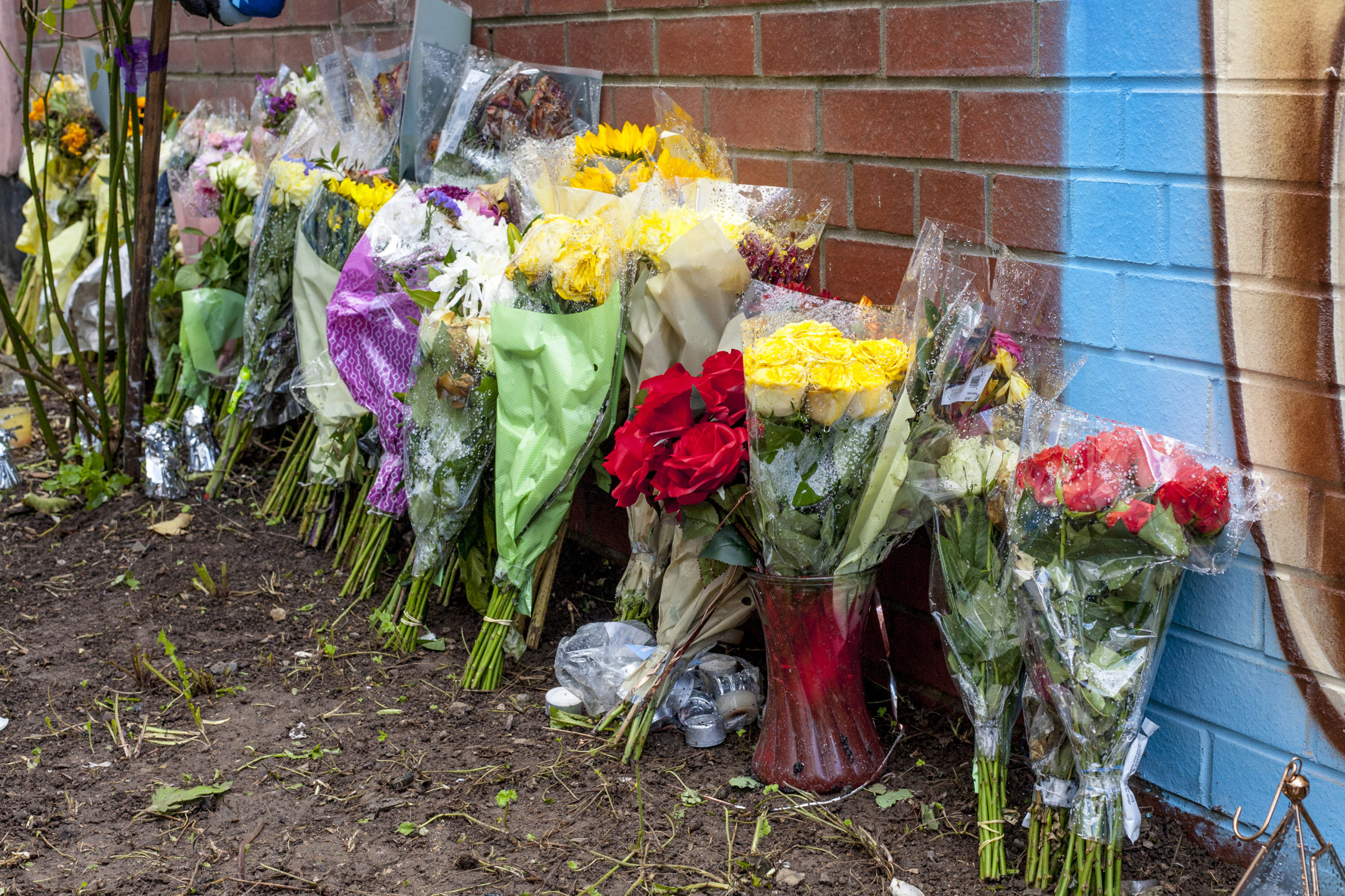 Flowers and candles have been placed by the mural. Photo by Anya Agulova, @ascendphotographicinsta

The group of friends gathered to watch the mural being spray painted on the wall on Monday, October 5. They stood and watched in silence, while some shed tears at the sight of the artist putting in the finishing touches to the piece.

A friend told Bristol24/7 that Andre was “a character larger than life, a loyal friend who was known and loved by many in the community”. His friends wanted to create something beautiful out of this tragedy. 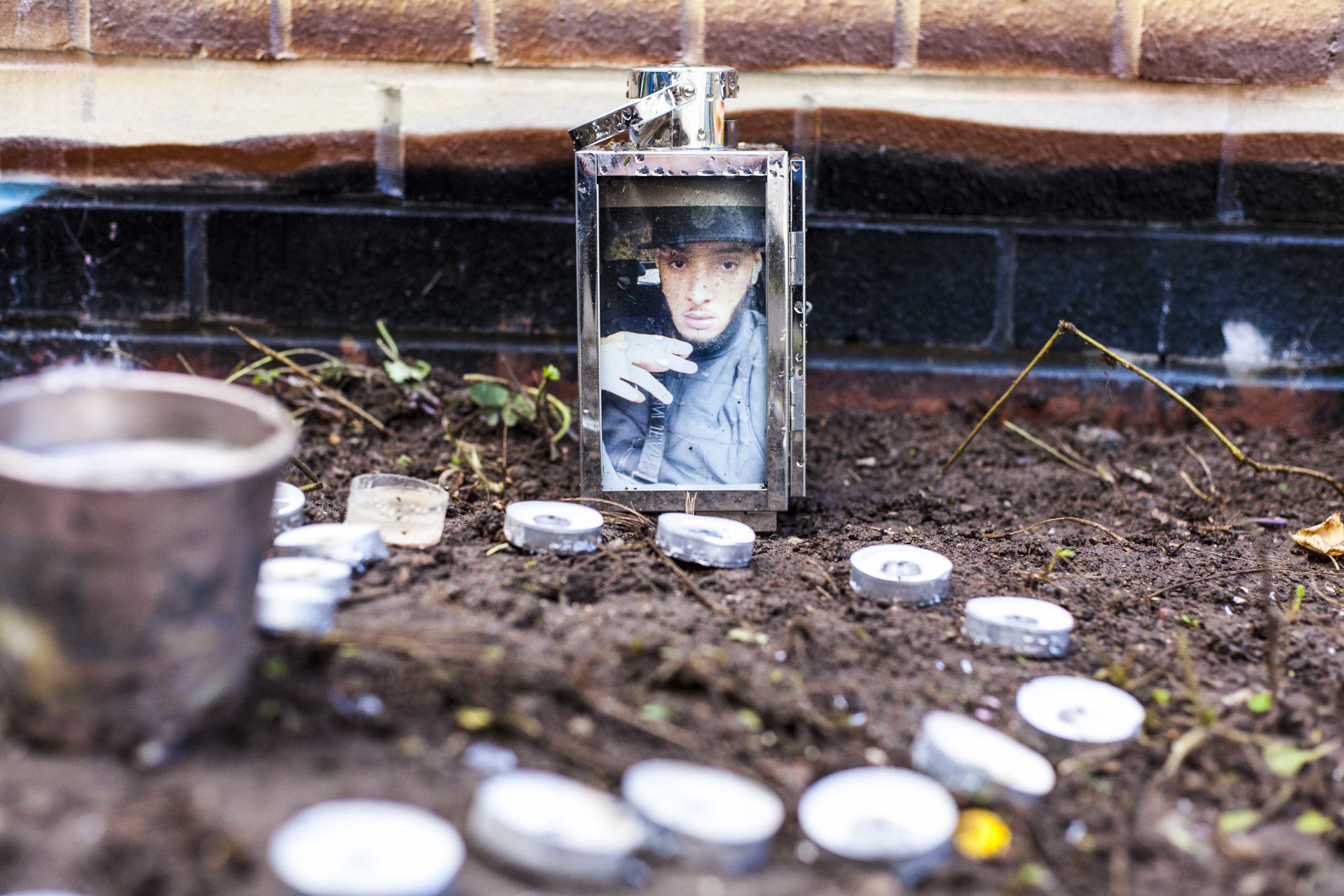 Andre grew up in Easton and was a well-known face in the area. Photo by Anya Agulova, @ascendphotographicinsta

The mural artist, Nick from olasart.com, was approached by Andre’s friends and given the design. He insisted on doing the mural for free, but they wanted to give him money for his work as they were so pleased with what he had created.

The wall is the property of Bristol Central Mosque. Imam Hafiz Uddin said the mosque’s committee have decided to allow the mural to remain on the wall. “We don’t mind, it’s out of the way and we want peace,” he told Bristol24/7.

The flowers and candles that were previously being placed by the wall of the mosque that faces the car park have now been placed by the mural. Andre’s friends have agreed to re-paint this wall that currently has messages to Andre, including some from his children. 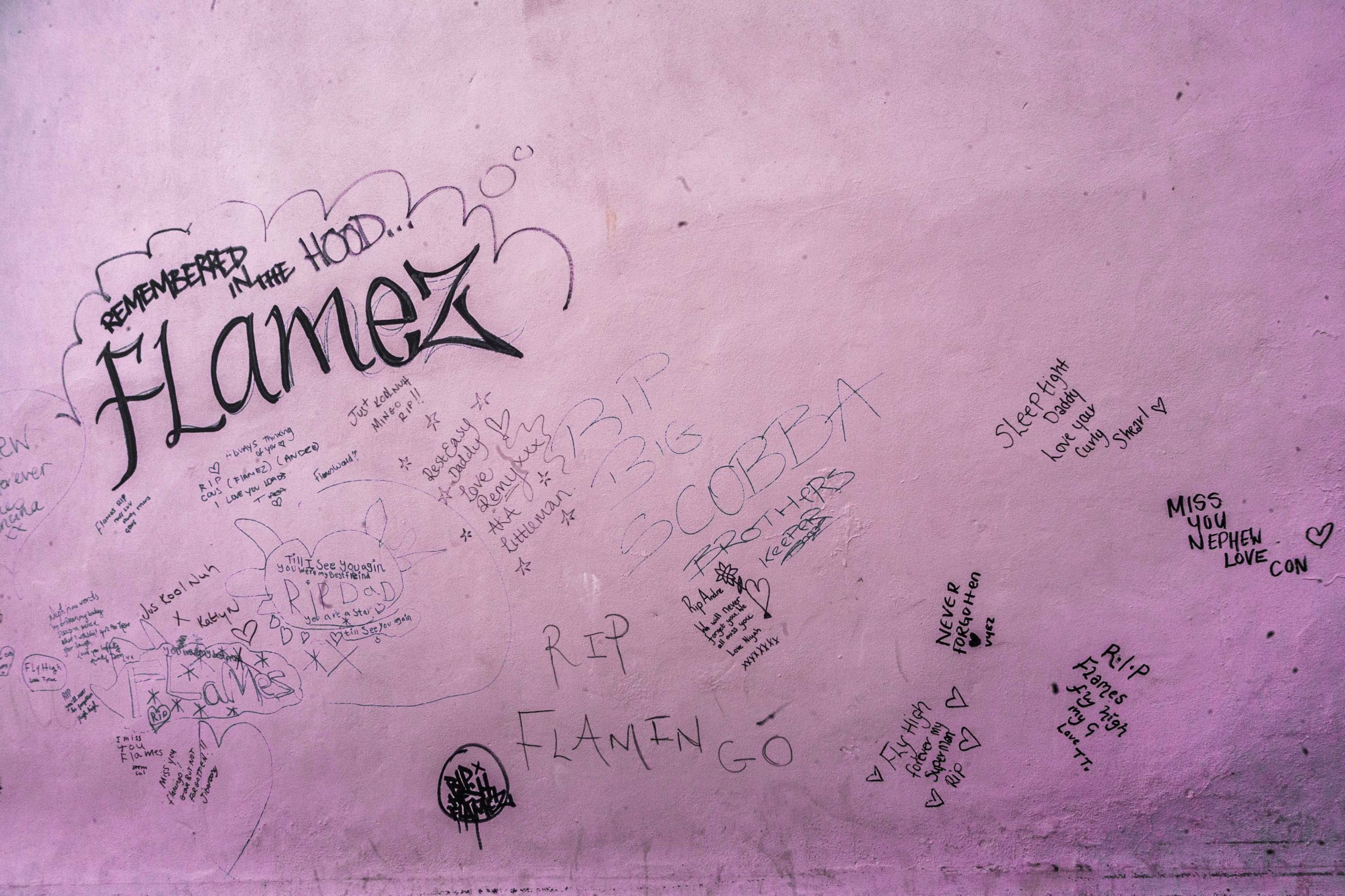 Messages in memory of Andre have been written on the wall of mosque, near where he died. Photo by Anya Agulova, @ascendphotographicinsta

Andre’s friends say they wanted the mural to be a surprise for his family ahead of the funeral that took place on Friday, October 9. In the eulogy that was read out at the service, Andre was described as “not just a dad but a father” who was at “a turning point in his life, which motivated him to change his life around for the better, before his life was tragically taken”.

The eulogy continued: “Andre was loved dearly, he had an aura about him which people naturally gravitated to, he had a great sense of humour and an infectious laugh, which lit up a room and his presence was felt. An energy which not only impacted on his family but on elders and youngsters. Andre had a heart of gold, always willing to help anyone in need, kind, generous to a fault.”