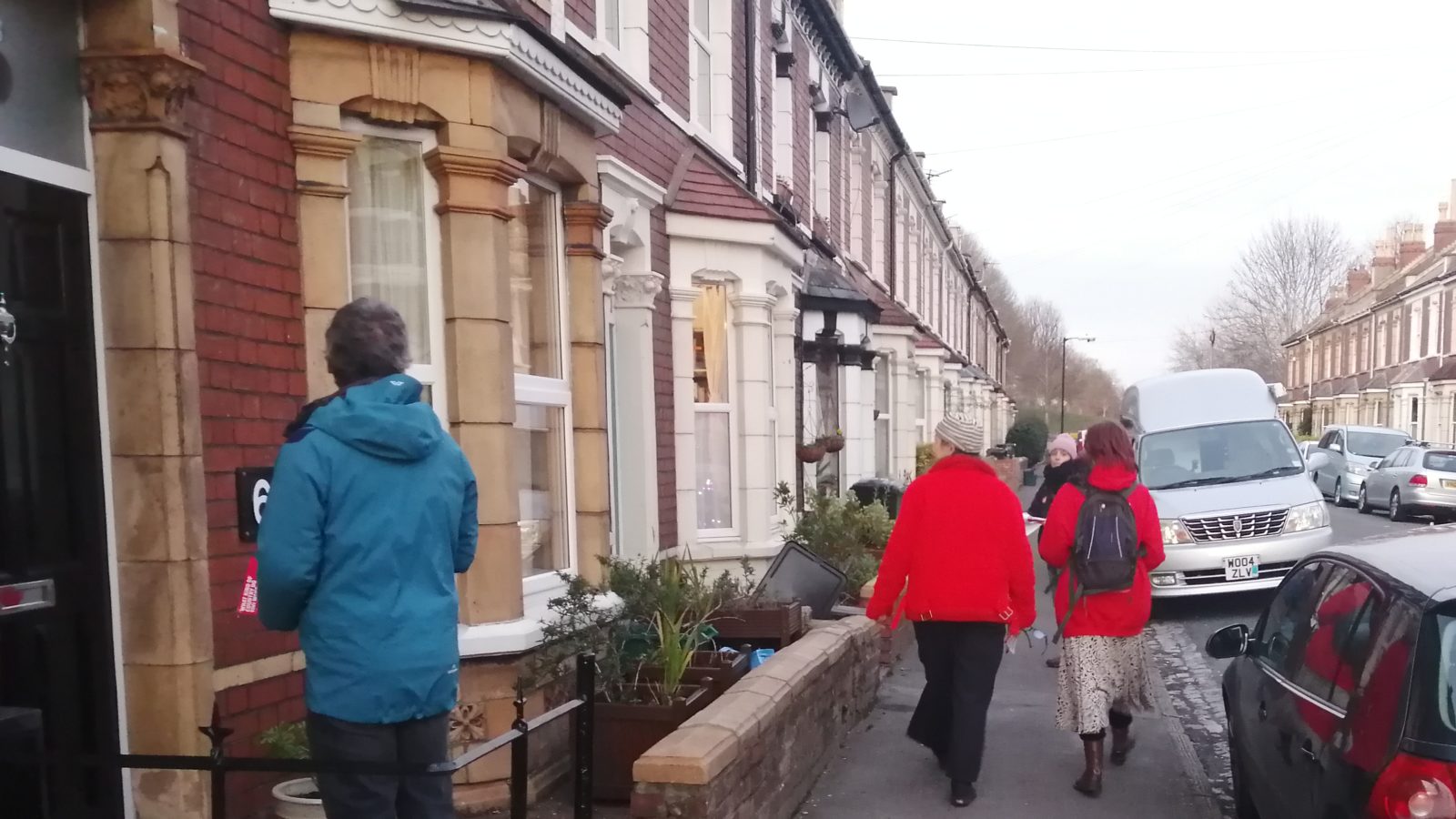 “Bristol is so lovely. My friend described it as a beautiful red rose in a sea of blue,” says Peter Gibbs, a local Labour activist speaking to a homeowner in Lockleaze.

As the setting sun casts an amber hue across the sky, red-clad canvassers brace the winter chill as timid residents peer out from behind their doorways.

“The December election has not been particularly good for us campaigners,” one of them says. “It’s bloody cold out here.” But they are committed to knocking on as many doors as possible before the General Election on Thursday, December 12.

Gibbs is owner of the Volunteer Tavern on New Street and, as the first pub owner in Bristol to offer his employees a real living wage, he says he believes in Labour’s promise to invest in human capital.

Others are less convinced.

“My kids go to a private school,” one father told me, “so I can’t vote Labour because they want to shut them. These policies are about bringing people down rather than raising people up.” 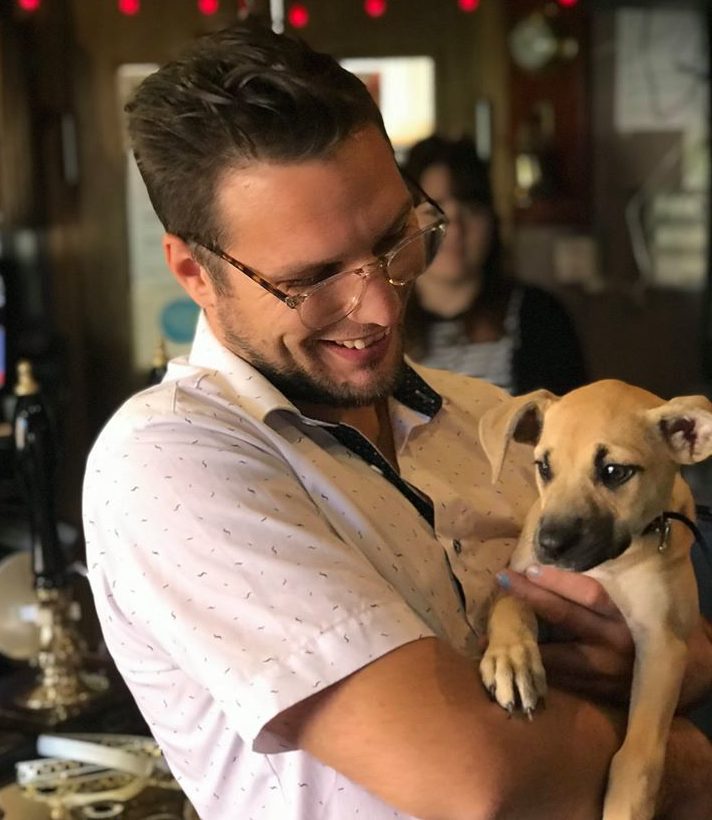 Peter Gibbs, owner of the Volunteer Tavern, is campaigning for a Labour victory

Bristol North West has long been a constituency which exists on a knife’s edge between Labour and the Conservatives.

Labour’s Darren Jones stole a surprise victory in 2017 from Conservative Charlotte Leslie, who had held the seat since 2010.

As a consistent Europhile, Jones struck a chord with the 61 per cent of constituents who voted to remain in the EU Referendum in 2016.

This time around, the Liberal Democrats and the Green Party will also be campaigning with a strong remain agenda. Following a successful performance in the European elections earlier this year, there is a real possibility that both parties could split the remain vote.

This could open the door to a Conservative victory for Mark Weston, especially after the Brexit Party’s Stephen Burge stepped down in the constituency.

But Brexit is not the only issue facing voters this election. Levels of poor health in Bristol North West are high and areas such as Lockleaze have one of the worst rates of child poverty in Bristol. For constituents and campaigners alike, social security and the strength of public services are therefore crucial.

“Since moving to Bristol, I’ve been doing a lot of voluntary work with people who are living on the breadline,” says Emily Cox, an environmental researcher who works in Cardiff and lives in Bristol.

“My two friends got their Universal Credit assessment yesterday and they’ve been given £86 to last them the month. They’ve got a three-year-old child. People can’t live like this. I’ve spoken to people who have just had the rug torn out from beneath their feet these last nine years.”

To explore how prospective politicians might respond to these concerns and others like them, I reached out to each candidate to hear what they had to say. 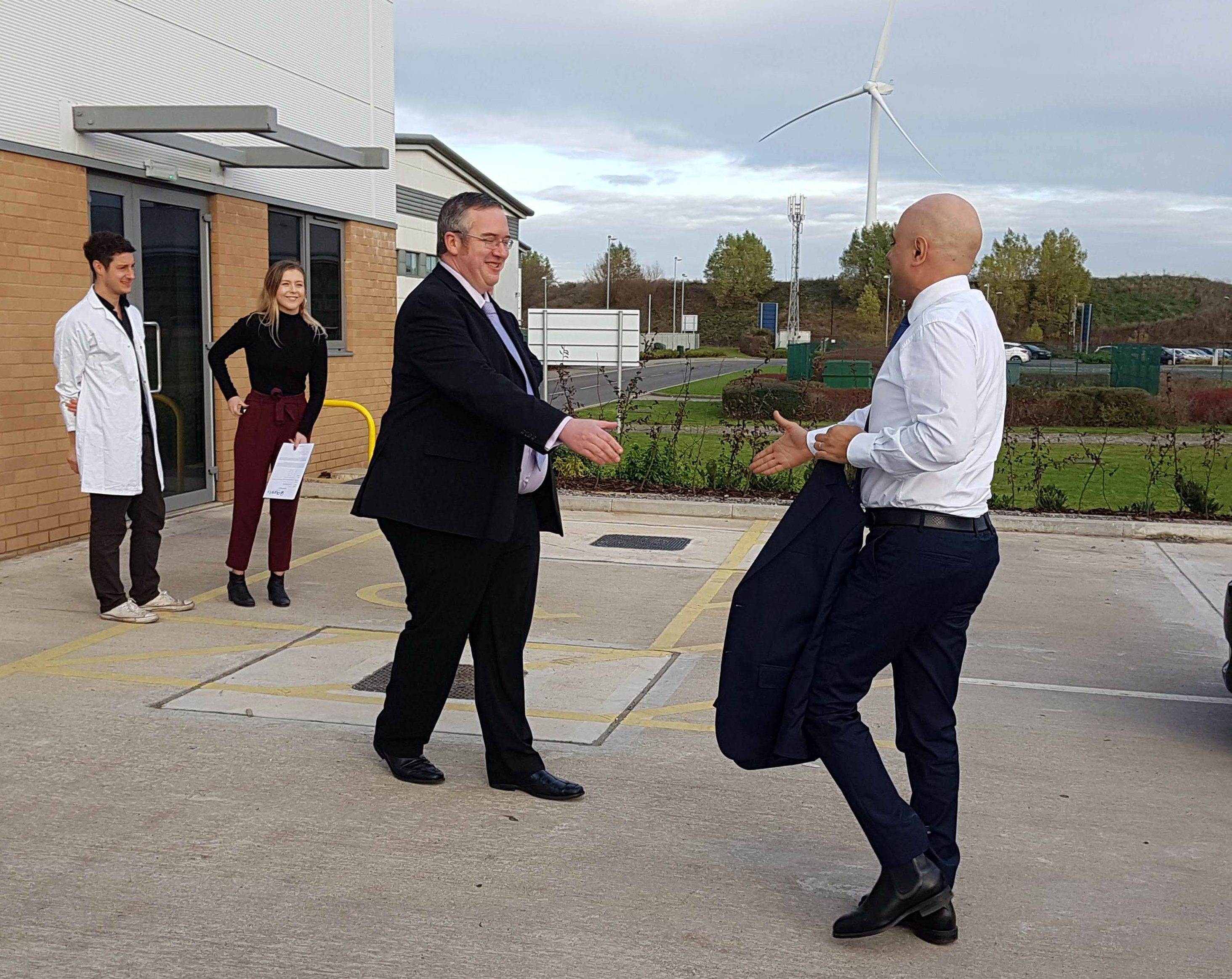 Mark Weston is currently the Conservative council group leader and a councillor for Henbury & Brentry in 2006. Early in December, he joined the chancellor Sajid Javid on his visit to Avonmouth as the party fights for victory in Bristol North West.

What issues are most important to your prospective constituents and how will you address them?
“Time and again, the issue of transport comes up regularly. North Bristol is congested and people want an MP that understands the issue and will campaign to improve the situation. I will be lobbying for a ring of park and rides around North Bristol – connected to the soon-to-be-opened railway stations and major bus routes. If we can catch the congestion further out then it will reduce traffic levels in Bristol North West.”

Great to be in #Bristol supporting Mark Weston – a brilliant local candidate. Plenty of support for him and @Conservatives #torycanvass pic.twitter.com/nqgiv3YMaY

Overall police budgets have been cut by 20 per cent since 2010 under a Conservative government. Why should constituents trust you to protect their public services?
“There is no doubt that Government spending has reduced over the last ten years. In 2010, one in every four pounds the government spent was borrowed. Now it is one in 34. We had to try and balance the books. Now we are in a situation where the economy is strong enough for us to invest in important local services like the police, schools and the NHS.” 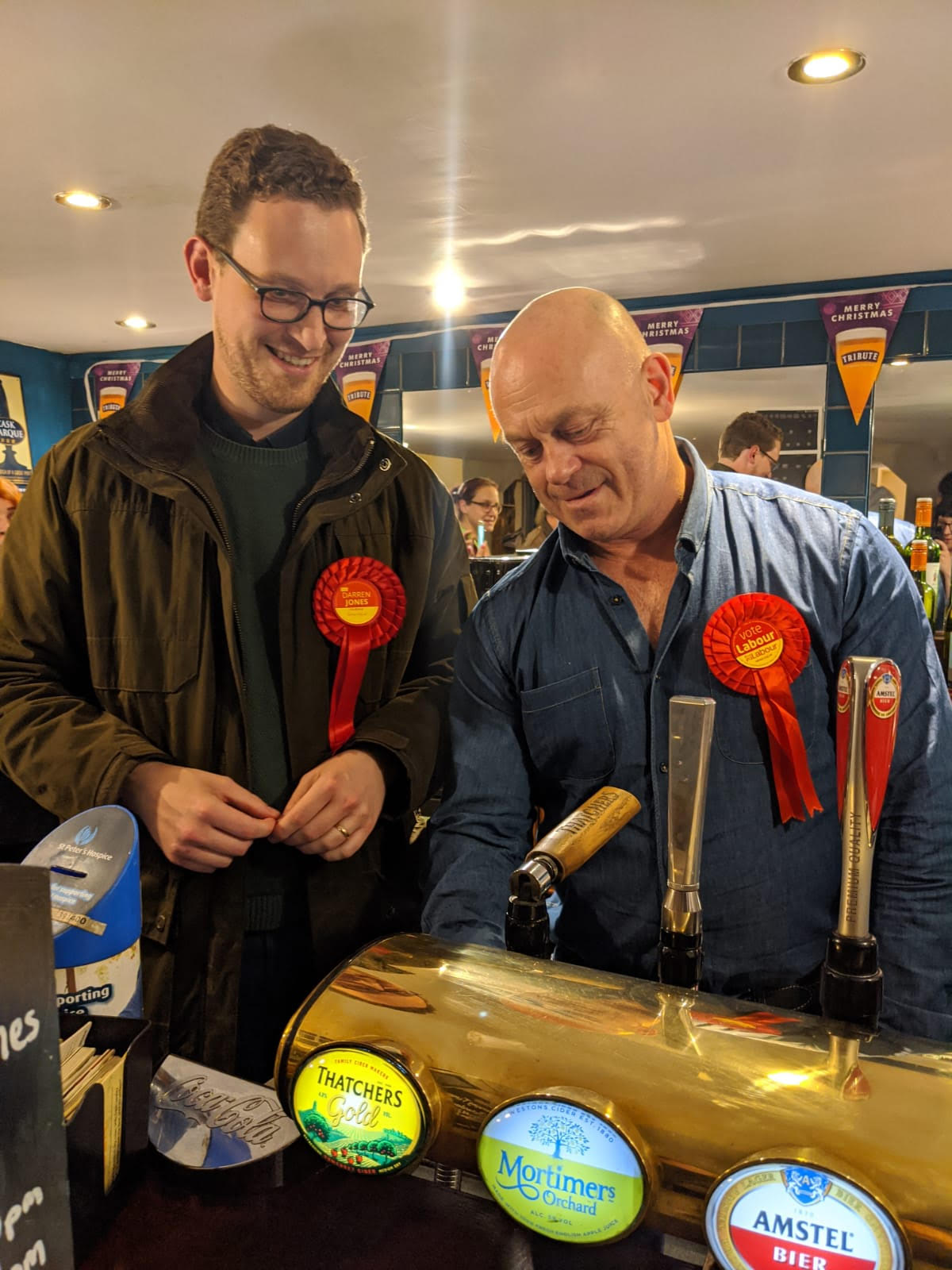 Darren Jones grew up in Lawrence Weston and worked as a consumer rights lawyer before he entered politics. He currently leads Labour Digital, a voluntary group which informs party policy on the subject.

Last week, actor and documentary presenter Ross Kemp, joined the prospective candidate at a pub in Shirehampton to discuss politics and pour a few pints.

Labour’s non-committal approach to Brexit risks confusing both leave and remain voters. Do you think the party should adopt a clearer stance?

“I still believe staying in a reformed EU is the best option – to reboot the economy, safeguard our NHS and preserve hard-won rights at work. I’ve supported a public vote since 2017 and I’m pleased the Labour leadership has now committed to holding one. In that context I’d vote to remain without hesitation.”

Thanks to @RossKemp for popping by the @thelampsbristol for a pint tonight at my regular pub politics and for endorsing me as the tried and trusted local choice for voters in Bristol North West. Vote Darren Jones on Thursday 12th December! #GE19 pic.twitter.com/XyLm4cz8dR

In March 2018, you took part in the Enough is Enough campaign against anti-Semitism. Does Labour have a problem with anti-Semitism and have sufficient measures been taken to tackle it?

“Labour has had a problem with anti-Semitism and the party hasn’t done enough to tackle it. It’s beyond heart-breaking that we’ve reached a situation where 90 per cent of British Jews think Labour is an anti-Semitic party. I, along with many other MPs, have long been calling for more swift and effective action and will continue to do so. I’m determined to see that change happen soon. If I didn’t think this was an issue that can be fixed, I wouldn’t be running as a Labour MP.” 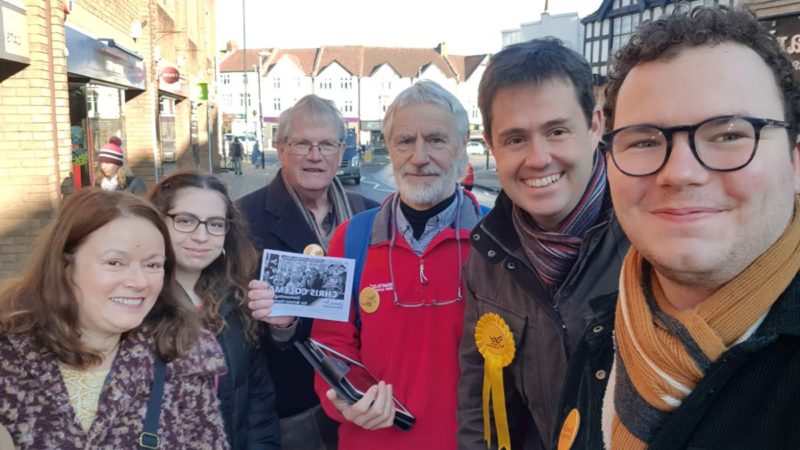 Stopping Brexit is a priority for Chris Coleman , a solicitor from Cheltenham who specialises in criminal defence and prison law. He currently stands as a councillor for Gloucestershire County Council and Cheltenham Borough Council. Coleman’s campaign became the subject of a Bristol Cable investigation earlier this month when the use of misleading data in his campaign leaflets were exposed.

Reality check: while Johnson, Farage & Trump may stand to benefit from Brexit, it's families across the UK who will suffer.

In an election Labour cannot win, the #LibDems can stop Boris and #StopBrexit by taking seats off the Tories across the country.https://t.co/HFXNeZ0Gbu pic.twitter.com/JKV6bYd82j

Bristol24/7 contacted Coleman for comment but did not receive a response at the time of writing. 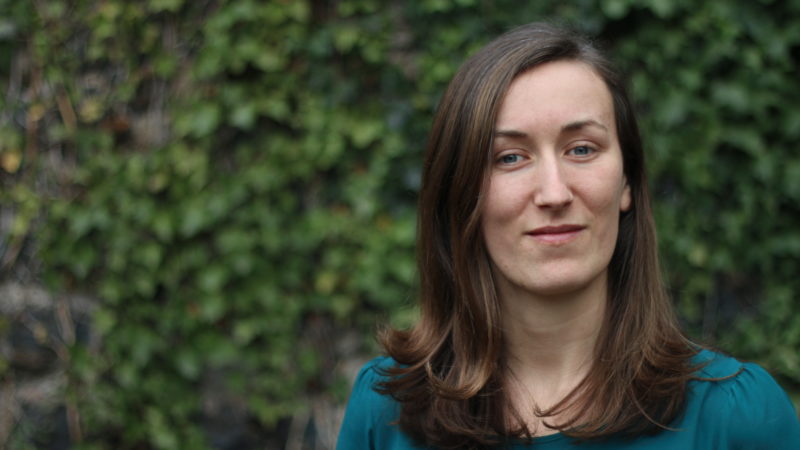 Heather Mac is an environmental campaigner who moved to Bristol five years ago to work as an event manager in the charity sector. Earlier this year, Mac was charged with a minor public order offence for her participation in the Extinction Rebellion action in London and was later convicted.

Tomorrow I am defending myself in court following my arrest in April. I should not be labelled a criminal for raising the alarm about the climate emergency we face. I will stand up for what I believe in. Proud to be the Green Party candidate for BristolNW @XRBristol @bristolgreen pic.twitter.com/LSlzufVyGC

Mac responded to her charge in a tweet: “I should not be labelled a criminal for raising the alarm about the climate emergency we face. I will stand up for what I believe in.”

Mac is a proponent of proportional representation and has pledged to do everything she can to change the voting system if elected.

She did not respond to a request by Bristol24/7 for comment.

Read more: These are all of the candidates standing in the 2019 General Election in Bristol