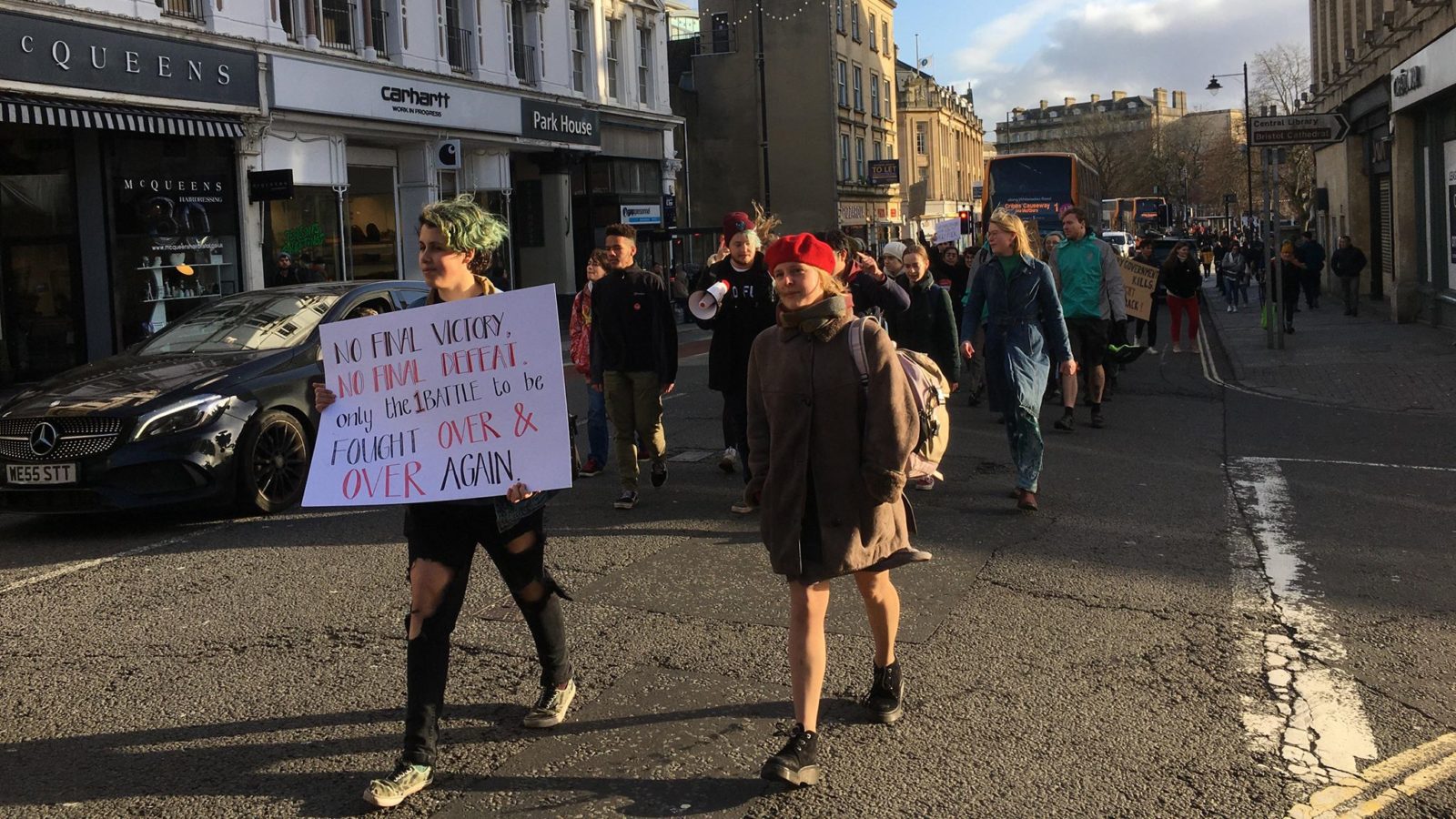 On the morning following the General Election, in which the Conservative party won a majority, University of Bristol students gathered at College Green to protest against the results.

The protest was headed by Jacob Blewett who  said the demonstration was a “fight against marginalisation and oppression”. 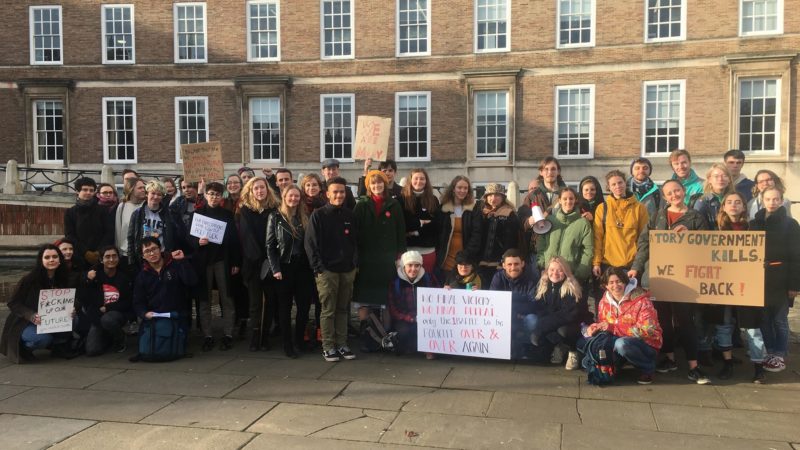 A crowd gathered as students took it in turns to make speeches – many of whom had been canvassing for Labour the night before. They expressed devastation, but amidst the anger the overall message was one of solidarity as they quoted verses of Maya Angelou’s poem of defiance, Still I Rise. 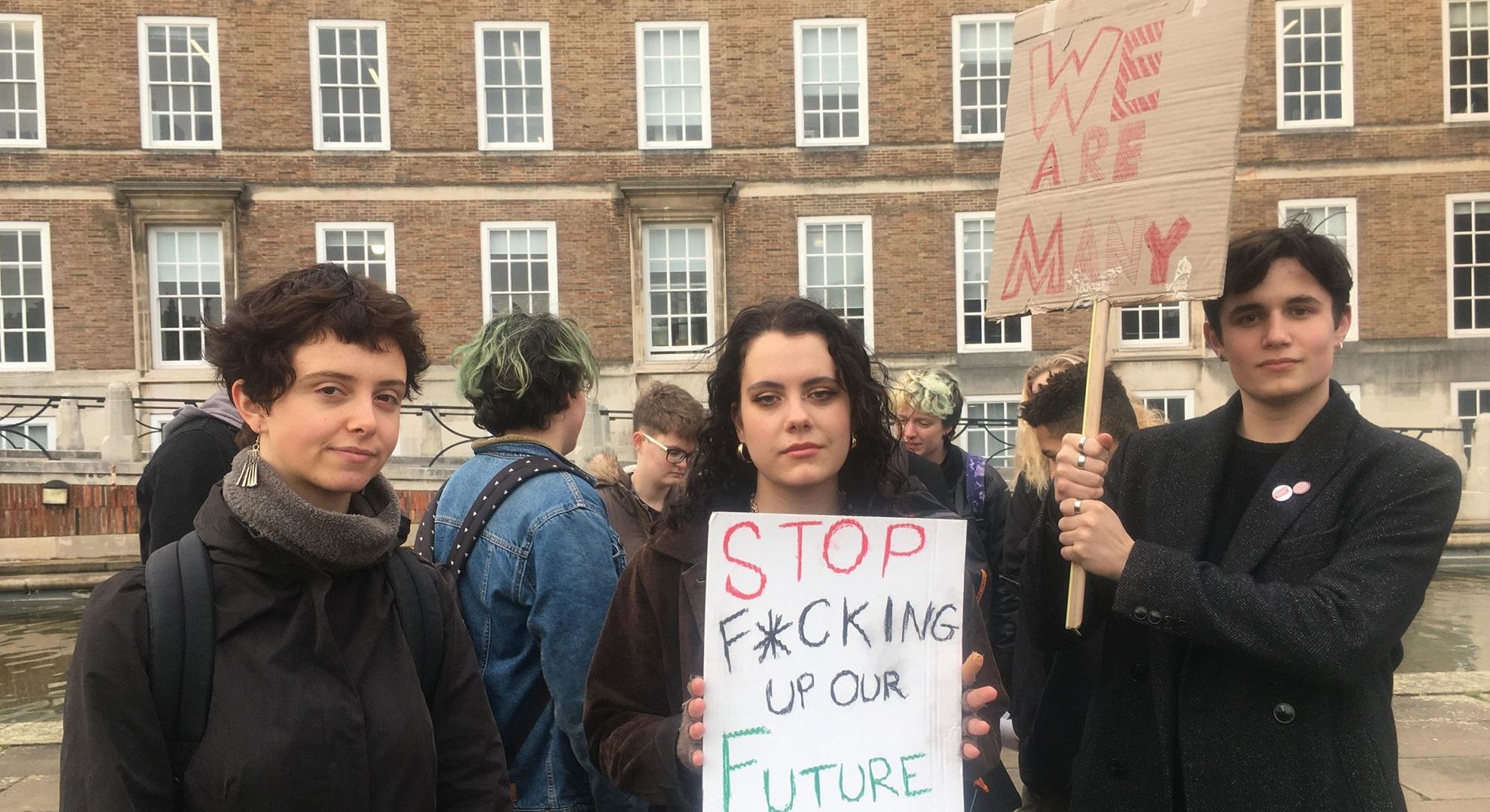 Armed with banners, the protesters finished the demonstration with a march up Park Street, stopping traffic and responding to the blaring of horns with their political chants.

Student Alex Brindle said the group needed to be proud for “doing everything to keep the fabric of our society together”.