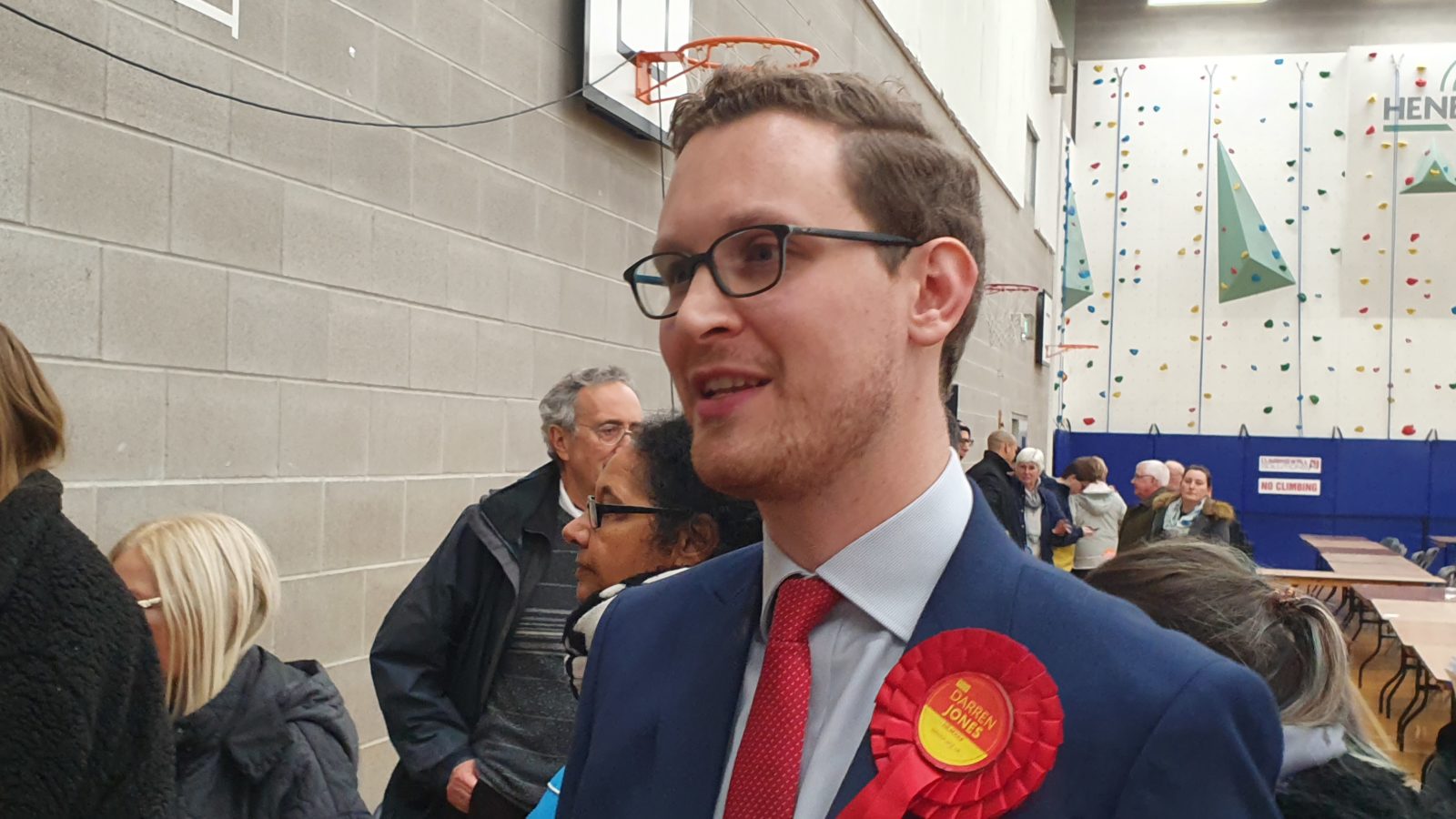 Darren Jones has returned victorious in Bristol North West with an increased majority of 5,692.

The Labour incumbent fought off tough competition from Conservative rival Mark Weston in what was a target Tory constituency.

“I’m thrilled,” he said, speaking after the declaration at Henbury Leisure Centre in the early hours of Friday morning (December 13).

“Coming into this campaign, we were told we were going to lose. We have bucked the trend here in Bristol North West.” 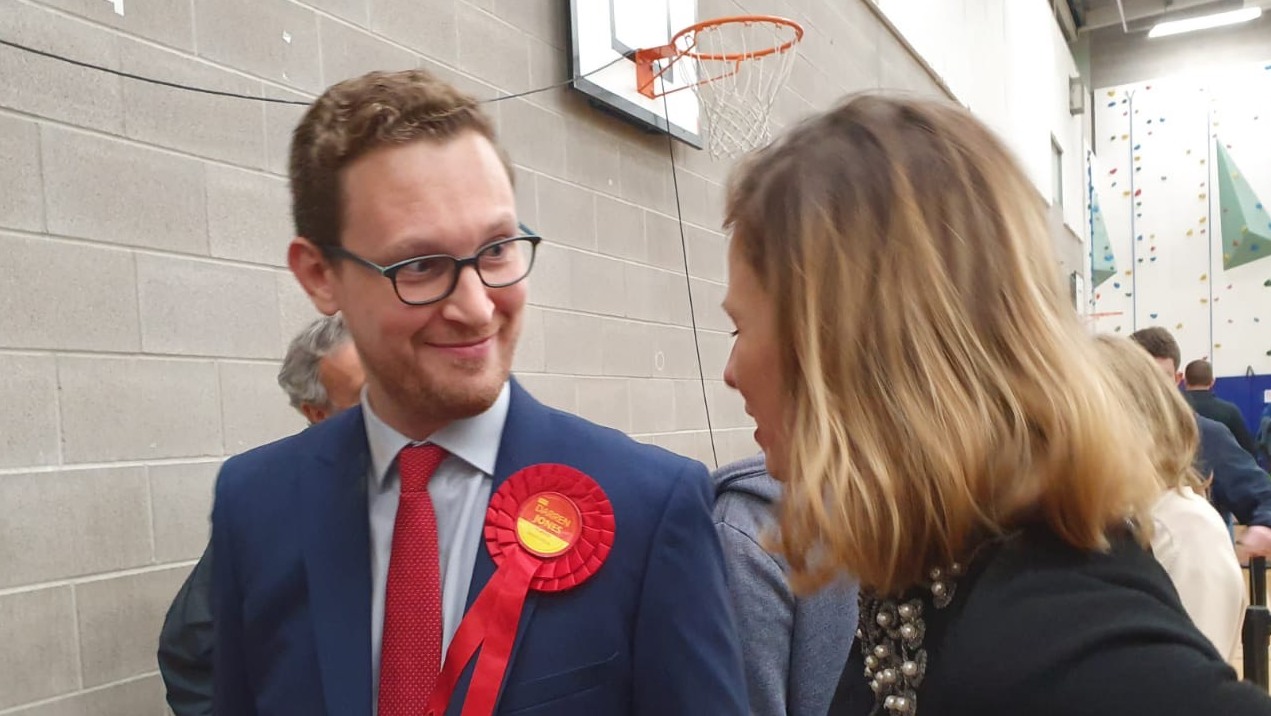 Darren with his wife Lucy just after the results are declared

Admitting disappointment at Labour’s performance nationally, Jones declared that he will be back at work tomorrow “so that together, we can create a city, country and world that is more just and more sustainable”.

He thanked the teams that have been out canvassing the streets during the General Election campaign, as well as his wife, Lucy, and two young daughters.

Here are the full results: 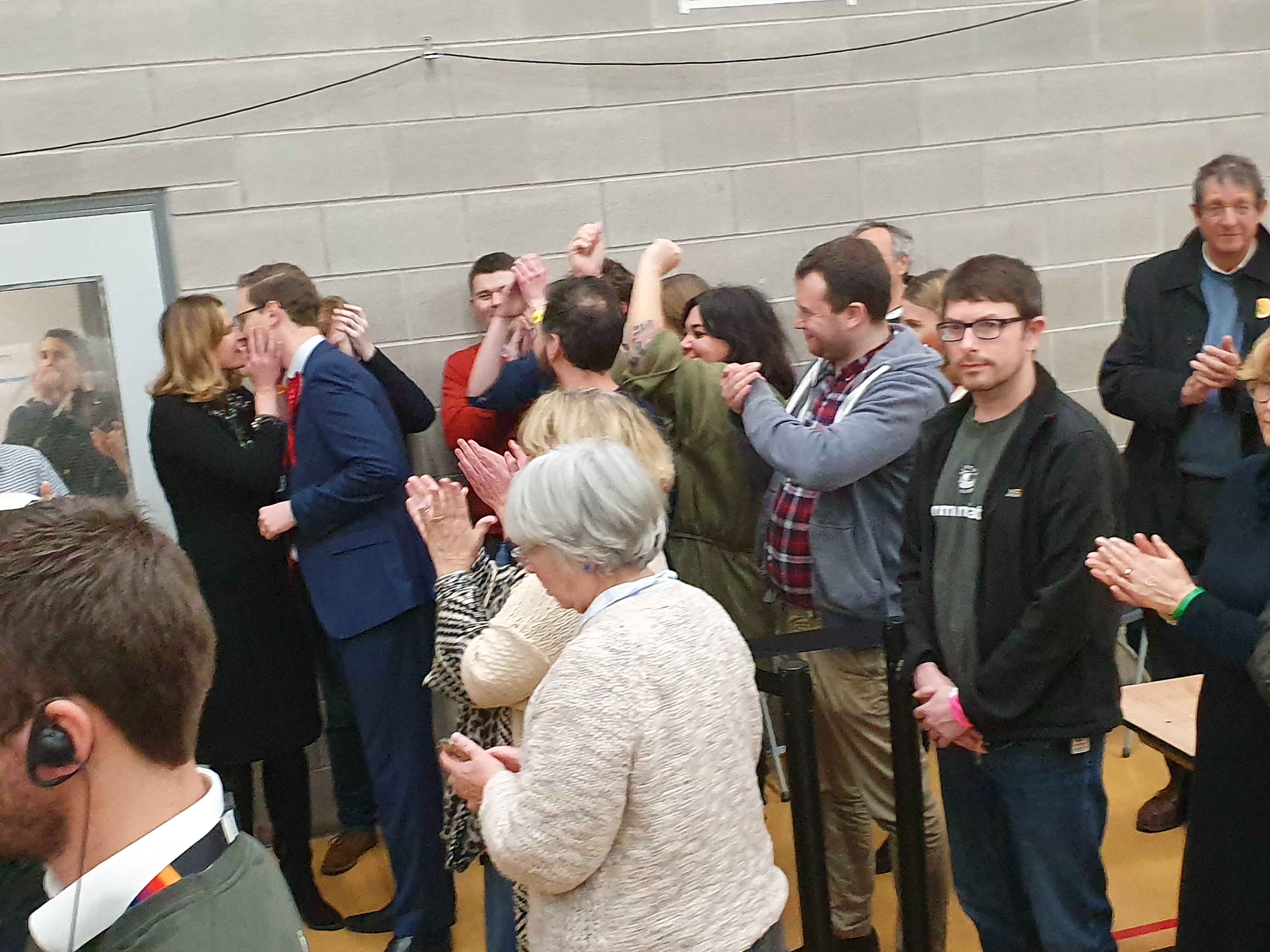 Cheers as the result is declared in Bristol North West

Darren, a vegan jazz saxophonist who grew up in Lawrence Weston, sensationally seized the seat from Conservative Charlotte Leslie in 2017, becoming the first ever Darren to be elected in to the House of Commons.

In his victory speech on election night 2019, Jones said: “No politician can ever take Bristol North West for granted and I’m grateful to each and every one of you who voted for me again at this election, whether you were a Labour voter, a Liberal Democrat voter, a Green voter or indeed a number of Conservative voters in this constituency.

“At the last election I promised to stick to my promises and to put you first, and tonight I reaffirm that promise and I promise to continue to work hard for you, to be your voice in parliament and your champion in Bristol.

“Now that I’ve been re-elected I promise to do all that I can to ensure that that doesn’t happen again in the future.”

Speaking to Bristol24/7 after the declaration, Weston said: “It was not quite my night tonight. I had a fantastic team that worked very hard.

“Winter elections are an acquired taste but I’m always willing to fight another day.”

The politician, who is the Bristol City Council Tory group leader and councillor for Henbury & Brentry, added that he will be back in the council chamber on Tuesday.