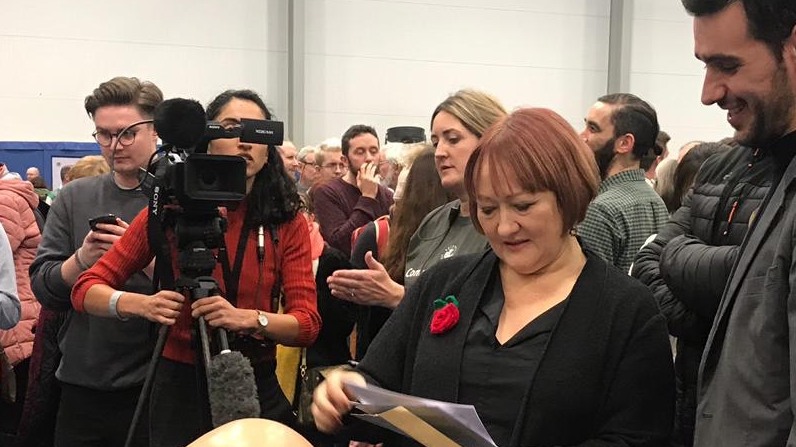 Kerry McCarthy has retained her Bristol East seat for Labour but her share of the vote decreased by almost 10 per cent from 2017.

“I will never ever take Bristol East for granted”, she said in her acceptance speech.

The total vote count for Bristol East was almost 2,000 higher this year than that for the 2017 election, but victorious McCarthy received fewer votes this time around, but still has a majority of almost 11,000.

McCarthy said that despite her win, this is “not really a time to be triumphant,” alluding to Labour’s dramatic downturn in seats held nationwide, which was described as “disappointing” by Bristol’s Labour mayor Marvin Rees earlier on in the night.

After her speech she spoke to the media saying: “Really decent people have lost their seat today. It’s very sad.

“People on the doorsteps said they were fed up with politics and weren’t understanding why Brexit happened, or Brexit itself full stop. It wasn’t easy.”

Here are the full results from Bristol East: