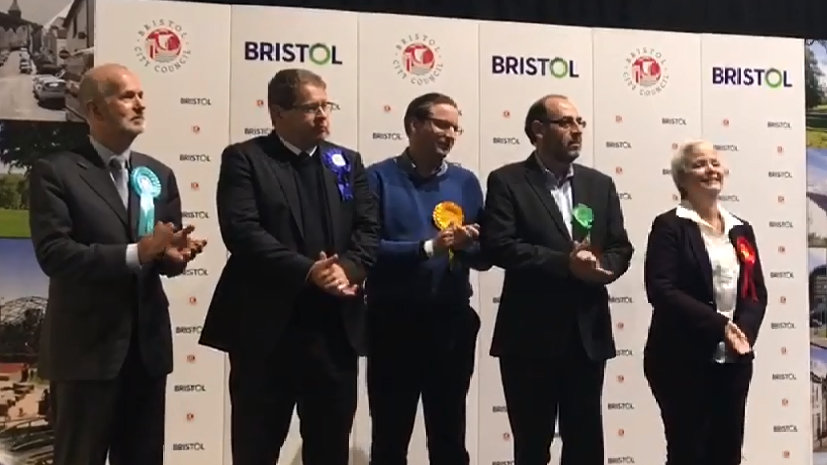 Karin Smyth was the first Labour MP to be reelected in Bristol early on Friday morning.

At the count that took place at Action Indoor Sports in Whitchurch, the former NHS manager won 27,895 votes and 50.5 per cent of the vote in Bristol South, which she has held since 2015.

Smyth did not want to comment on Jeremy Corbyn’s leadership of the Labour Party but said: “I will continue to work hard on behalf of everyone in Bristol South.”

Liberal Democrat prospective candidate Andrew Brown had brought homemade flapjacks that he generously shared with the other candidates.

Smyth arrived around 12.30am on Friday morning and greeted Green candidate Tony Dyer warmly before waiting for the count to be completed.

Dyer has now stood unsuccessfully in three General Elections in Bristol South and promises that this one will be his last.

He will not be gone from Bristol politics, however, and the smart money is on the former mayoral candidate contesting a council seat in the not too distant future.

Labour mayor Marvin Rees visited the count at just after 2am to lend his support to Smyth, along with deputy mayors Asher Craig and Craig Cheney.

Here are the full results: