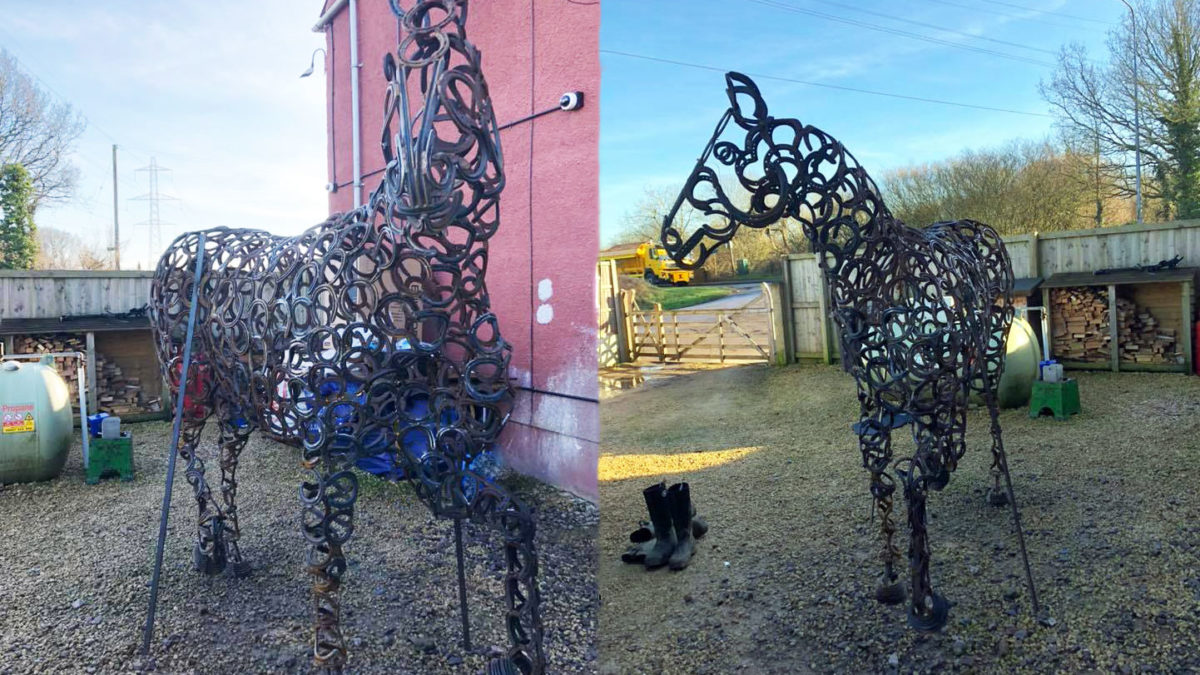 A memorial to Bristol’s World War One past is planned for a field just outside Shirehampton. A two-metre tall sculpture of a horse, made from over 350 horseshoes, is proposed to commemorate the site of Shirehampton Remount Depot – where thousands of horses were taken and trained before being shipped out to the frontlines.

The tribute has been put forward by Friends of Lamplighters Marsh (FOLM), a group of residents formed in 2015 to support and improve Lamplighter’s Marsh Local Nature Reserve. The reserve spans from the river Avon to fields next to the Portway, known locally as the Daisy Field

“We’d focussed most of our efforts in the river area of the site,” explains Stephen Judd, chair of FOLM. “Then we realised that the Daisy Field was the centre of the old Remount Depot.

“We are very proud of Shirehampton’s part in World War One and there was nothing there to show that it had existed.” 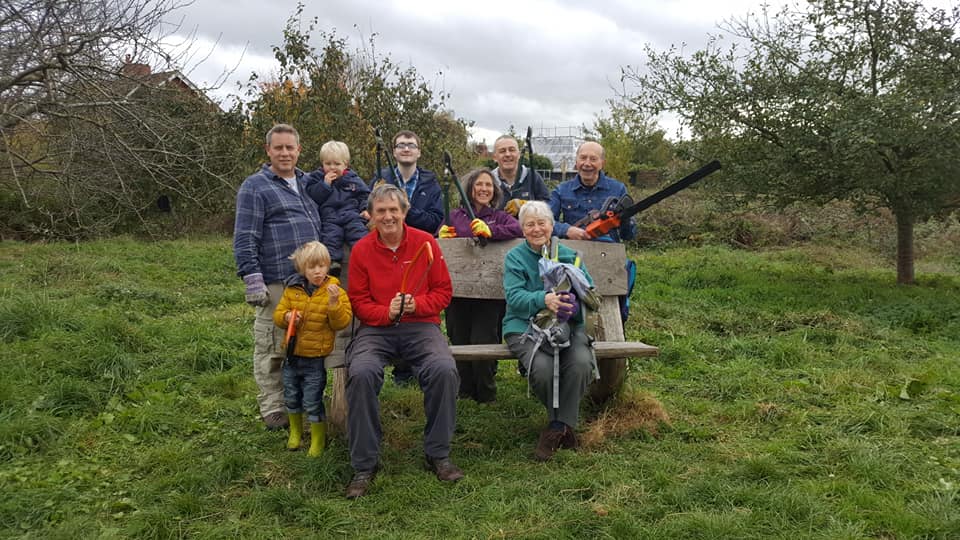 The Friends of Lamplighters Marsh are local people who volunteer to improve the area. Photo by John Hastings

During World War One, vehicles such as lorries and tanks were relatively new inventions and were prone to breaking down. Horses or mules continued to be the main method of transporting supplies, munitions and people. Within the first few weeks of conflict in 1914, the British Army requisitioned about 120,000 horses from families and farms across the UK. Anyone who could not prove that their horses were essential had to surrender them.

Shirehampton was one of five Remount Depots around the country. Horses would stay in the depot for two weeks, to check that they were fit and healthy and to be trained for their duties on the frontlines.

James Yarnell was a blacksmith at Shirehampton Remount Depot. His son Douglas later wrote about his father’s work with the horses in a short memoir: “Apart from shoeing them my father helped break in the wild ones.

“One day my mother took me for a walk and we saw my father riding a horse with another on a rein. They were so wild that he was struggling to control them and couldn’t even wave to us. They had to be tied down before shoeing.” 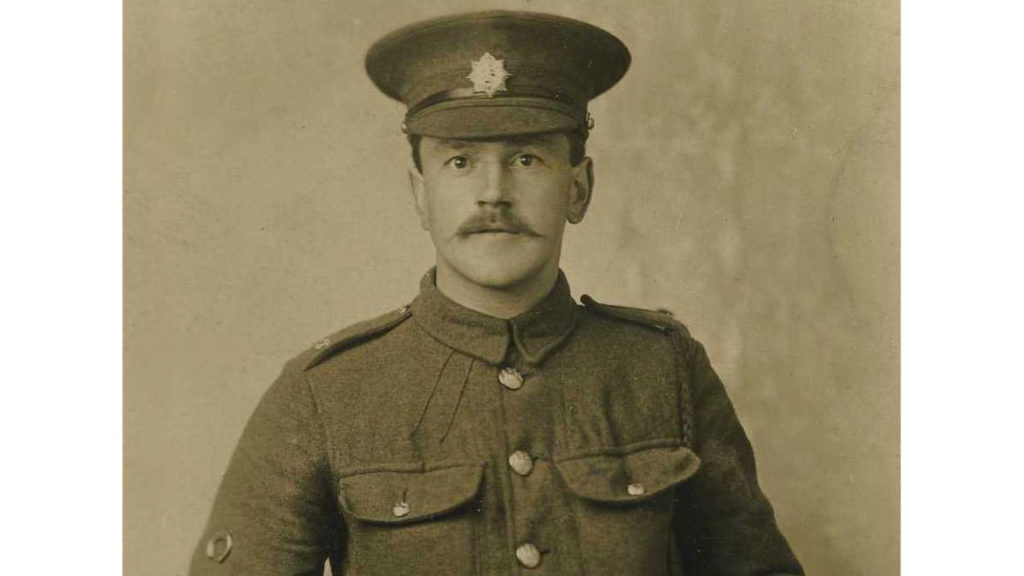 James Yarnell, a blacksmith working at the Remount Depot. Photograph from the collection of David Watkins used with the permission of Judith Norton

With its proximity to both the railway and docks at Avonmouth, Shirehampton’s depot was in a perfect location. When the local supply of horses ran out, more were shipped from Canada and the US, around 5,000 were accommodated in Shirehampton at any one time. During the period of the war, a total of 300,000 horses came through Avonmouth docks, destined for Shirehampton or moved to other depots by train.

Private Charlie Day, stationed at Shirehampton, wrote in a letter home that the horses were “all packed in very tightly together, only just room for them all to stand”. He describes between 900 and 1,100 being packed into each ship: “When you get down into the bottom of the ship it is so hot and smells horrible, almost takes your breath away.”

During the war, over 484,000 British horses were lost, one for every two men. Many horses died in battle: from exhaustion, drowning, becoming stuck in the mud, falling into shell holes or from machine gun fire.

When the conflict was over the huts that housed Shirehampton’s remount workers were repurposed as ‘The Dwellings’ and became temporary homes for returning troops and others in need of housing. Some of these residents were later accommodated in the council-built “homes for heroes” in Sea Mills, as was blacksmith James Yarnell. 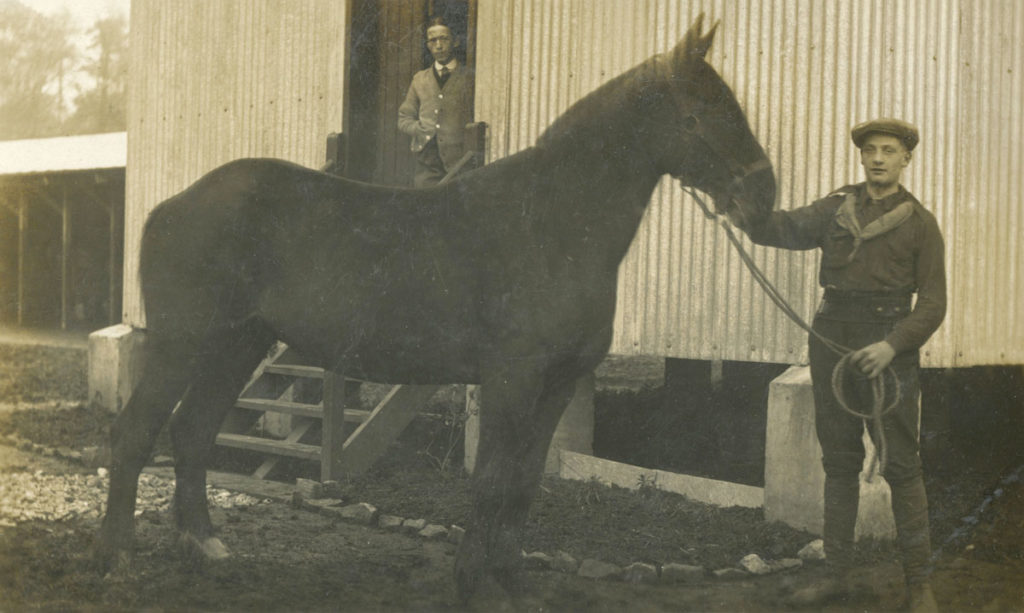 During World War One, thousands of horses arrived in Shirehampton on their way to war. Picture from Bristol Know Your Place

The site of the depot was completely built over in the 1920s and 30s, with the Daisy Field – which would have been part of the paddocks – remaining as green space. Reminders of history are close to the surface, though. Residents still report digging up horseshoes in their gardens. Stephen Judd has one mounted in the kitchen for good luck, there since before he bought the house.

With the 100th anniversary of the end of the war also in the collective consciousness, people have been reminded of this local wartime connection, which was in danger of becoming lost.

Commemorating the depot with a statue was the idea of local resident and FOLM member Diane Gait. She’d seen a picture of a statue made out of horseshoes which she showed her farrier, Jason Baggs, in May 2019. “When Jason came to shoe my two horses, I asked him if he would like to make a statue,” she says. “He wasn’t sure at first but the next thing I knew he had it half made!” 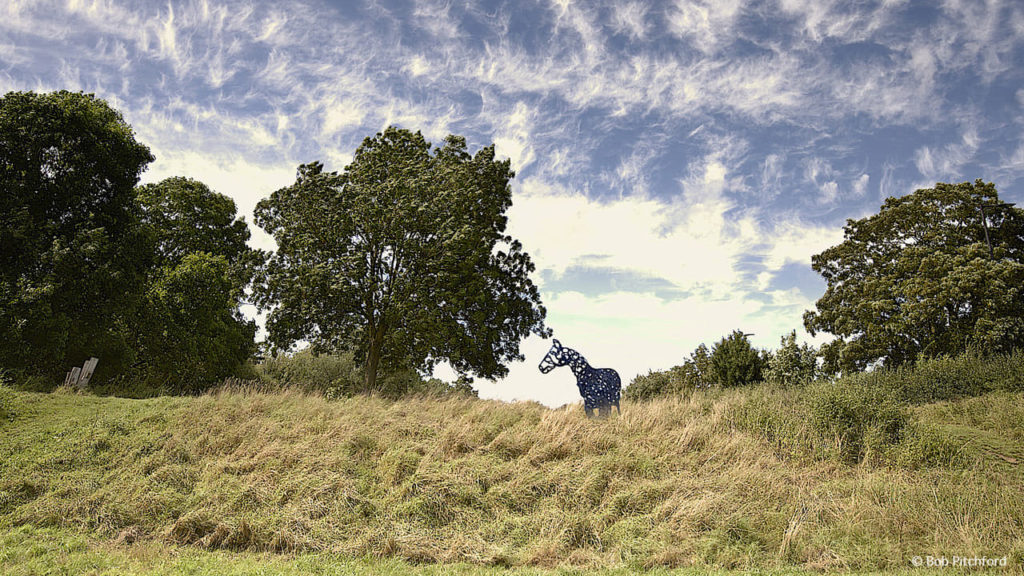 It is hoped the two-metre tall horse statue will be visible from the Portway. Image by Bob Pitchford

Jason built the anatomically accurate statue with fellow farrier Phillip Smith at their forge in Winterbourne. “We remade it several times as it was important to us that we got it spot on,” Jason says. They have spent about 80 hours each on it, over months during their days off. “We did have fun making it but there were some moments,” he laughs.

Having never done anything like this before, Jason was worried they would have to take the roof off the forge to get it out.

The planned site of the statue is a raised part of the Daisy Field, next to the Portway, where it will be visible from the road. It was hoped that the figure would be in position by Remembrance Day in November 2020. However, as Covid-19 lockdown has delayed planning permission, the horse is still standing on Jason Baggs’ drive, where it has been attracting a lot of attention.

Stephen Judd sees the statue as “not only a memorial to the horses but also a monument to the emotional attachment the people of Shirehampton have with the history of local people’s efforts in the Great War”.

Jason Baggs is also sentimental about the project: “I like to think that my kids’ kids’ kids are going to see this in years to come and say, ‘my great-granddad made that’.”

Read more: Find out the secret stories behind painted Bristol