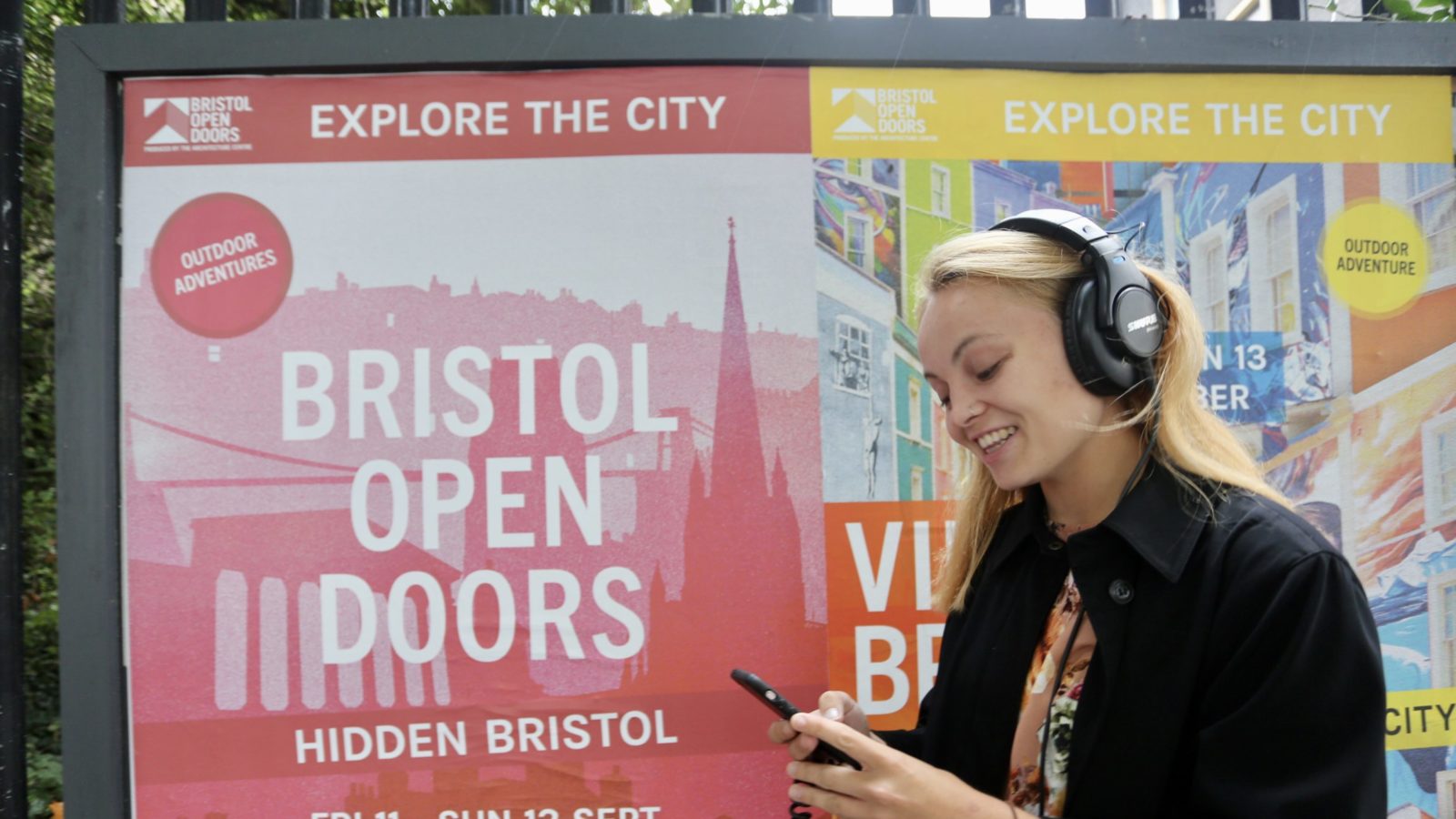 From the kaleidoscopic horizons around the harbour to the bold murals of Southville, Bristol is defiantly vibrant. The city continuing to dazzle like a pimped-up Dulux test card, through the pandemic. But why are we so colourful? How has it happened?

For Bristol Open Doors this year, instead of the traditional format, the innovative team at The Architecture Centre are creating three outdoor walking tours of the city.

For the second tour, they’ve worked with BBC Sounds producer Tom Bonnett, Upfest and an array of artists, historians and passionate Bristolians to get behind the painted city for Vibrant Bristol, launching in September 2020.

Why is Bristol so colourful?

Jess Siggers, a Bristol photographer and influencer who roams the streets documenting the colourful city, has two theories.

One is linked to Bristol’s maritime history. It’s said that sailors returning from sea, painted their houses distinctive colours so they could chart home in the fog. This is true of other ports around the world, but whether it stands up for Bristol you’ll have to listen to find out. 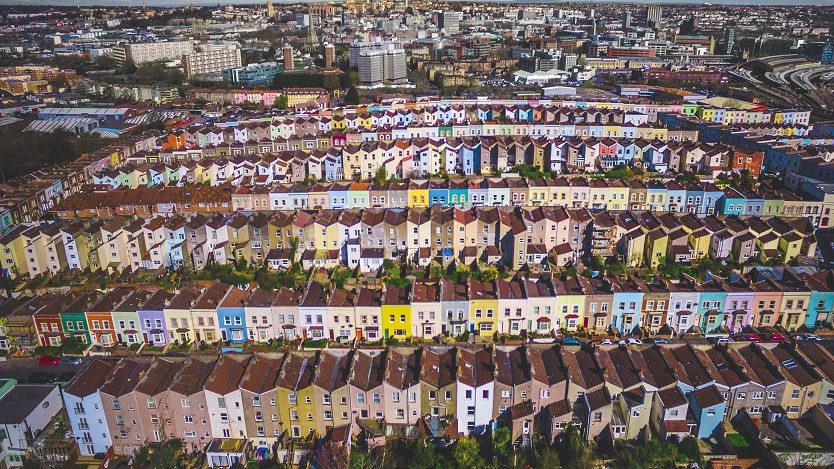 There are lots of colourful houses in Bristol. Photo: Joshua Perrett

We heard something about a red-trousered Mayor?

Yes, another popular story concerns our previous mayor, George Ferguson, who back in the 1970s is said to have clubbed together with student friends to buy a house in Cliftonwood. To save it being from being demolished, the story goes, they painted the house red. The house was saved and slowly all the houses in the terrace followed suit.

Whatever the urban myths, there has to be something else going on in Bristol. The creative independent spirit of the city has created a ring of colour from Hotwells to Clifton, Redland, Montpelier, Stokes Croft, Easton, Totterdown and Windmill Hill, Southville and Redcliffe. In Southville and Bedminster, particularly, street art is taking the city’s love of colour one step further.

How does street art come into the picture?

Street art didn’t start with Banksy, but with graffiti, and a small youth club in Barton Hill. Getting really specific it started with a youth worker there called John Nation, now known as the “graff-master”.

Looking back, the foresight of this club was amazing. Graffiti was the enemy back then, people hated graffiti, it was “vandalism”. But John Nation saw something positive in those kids and supported them to create an ecosystem around graffiti.

You wouldn’t have Banksy without that ecosystem, Banksy went to that youth club and thrived. It’s fascinating now because there aren’t many youth clubs anymore; without money you just wouldn’t get that kind of creative chance. 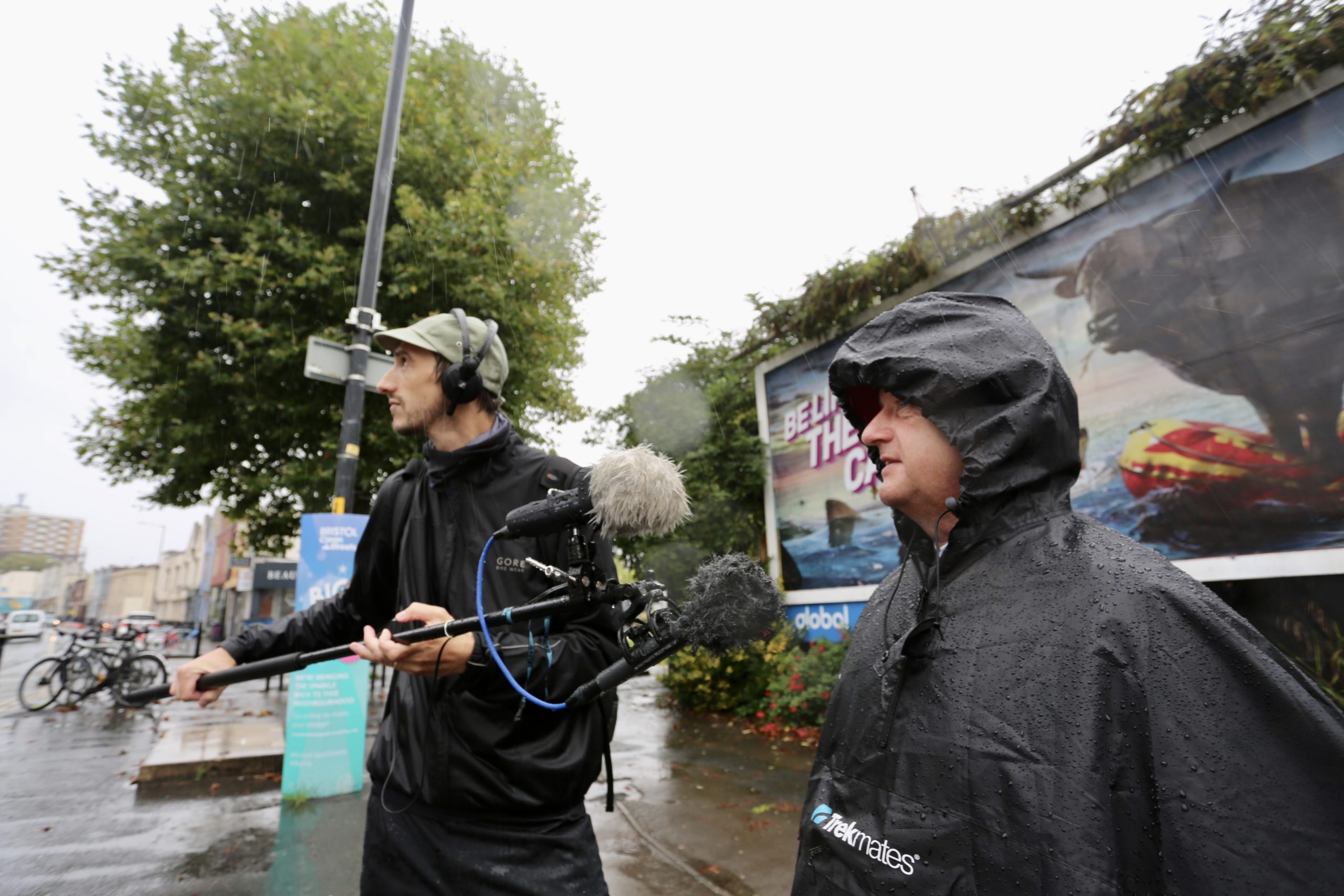 Stephen Hayles and his Upfest team have taken on the mantle to foster creativity and street art south of the river. Upfest is now Europe’s largest street art and graffiti festival, and Dean Lane skate park offers a place to practice and hone your craft.

Which artists did you speak to?

Jody Thomas tells us about painting his infamous mural of a submerged Greta Thunberg. It’s been featured on CNN, the BBC, and even became Greta’s own profile picture on social media. A wall in Southville viewed hundreds of millions of times around the world. Yet for Jody, Greta is not his best work, he laughingly refers to it as his “Christmas single”.

It was great talking to women artists: Zoe Power, Rosa ter Kuile and Hazard One all feature in Southville. They talk about opening up street art and evolving the sexist culture.

You can imagine that with its rebellious beginnings of illegal painting and nicking cans, street art culture was simply intimidating or unappealing to many young women. Throw in a bit of sexist imagery in the art, and women artists were rare beasts.

Zoe Power wants to change all that through presenting powerful women in her work, and Rosa ter Kuile from Rising Arts Agency has created a Bristol Womxn’s Mural Collective to nurture and support women painting. 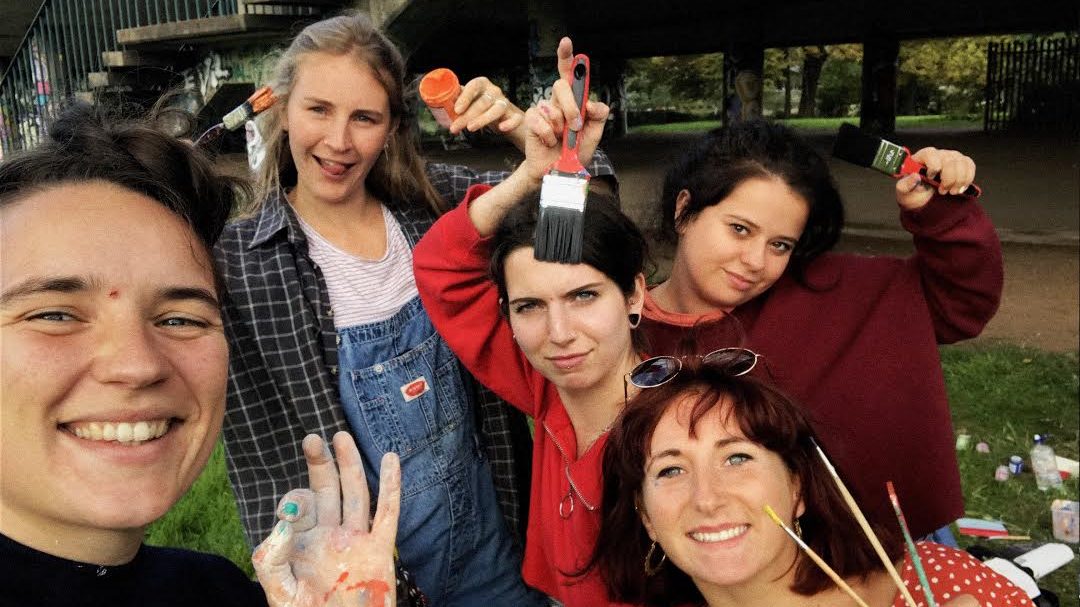 Which story made you laugh?

I love the stories of artists at work, and their interactions with locals. While painting the infamous Greta mural, a passer-by stopped under Jody Thomas’s ladder, threw up his arms and shouted up  “I love Bjork and all of her music”.

The energy the artists create is infectious, with people finding their own surprising meanings in the work.

What do the residents of Southville think about all this colour?

Bristol is full of loud and contradictory opinions on every topic under the sun, but the locals we spoke to loved the colour.

Carmel Ferguson has lived in Southville since the 1980s. Looking back, she describes the area then as “a little drab”. Today she calls it vibrant, and says the art makes people feel proud.

For some people, Upfest is their Glastonbury. The bars, shops and cafes are busier than Christmas. We heard over and over again how Upfest and the Tobacco Factory have led the regeneration of the area.

Stephen Hayles from Upfest explains how hard it was at first to convince locals to embrace the paint. But now, people queue up to have their own houses painted during the festival each year. The waiting list is huge.

If anything, people get too attached to their murals, and don’t like them being painted over with new art as the ‘street gallery’ is refreshed.

Which hidden art did you discover?

There’s a Dan Kitchener piece we visit just off North Street on The Nursery. Imagine a photo of Tokyo at night in the rain, with all of its neon lights shining and with shadows of people holding up their umbrellas. It’s as though 3am in Tokyo is literally dripping down a wall in Southville. It’s beautiful. 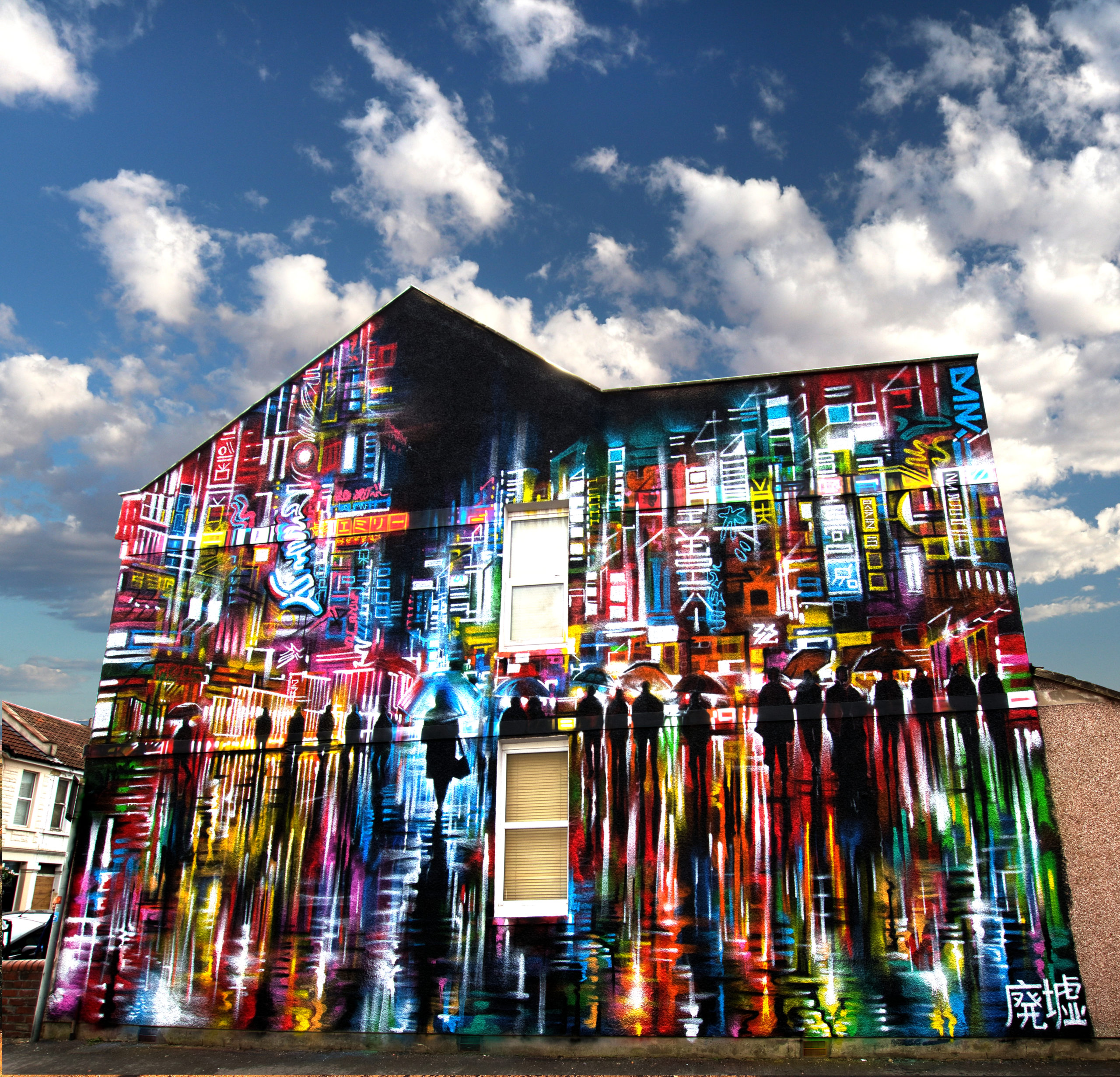 I also love the story of the kingfisher mural at the entrance to Ebenezer Church. It’s catalysed the transformation of a tiny courtyard off a main road into a vibrant pocket park. Students from UWE Bristol designed and made street furniture and now the park is used for exhibitions and theatre.

Vibrant Bristol is bursting with secret stories behind the painted city. The tour takes place outdoors from Friday, 11 to  Sunday, 13 September, with small groups setting-off socially distanced over the course of the weekend. The tour is great for explorers of all ages, all that’s needed is a smartphone and headphones.

Book a tour at www.bristolopendoors.org.uk/events/vibrant-bristol-2020

Read more: Audio tours to tell the secrets of the city