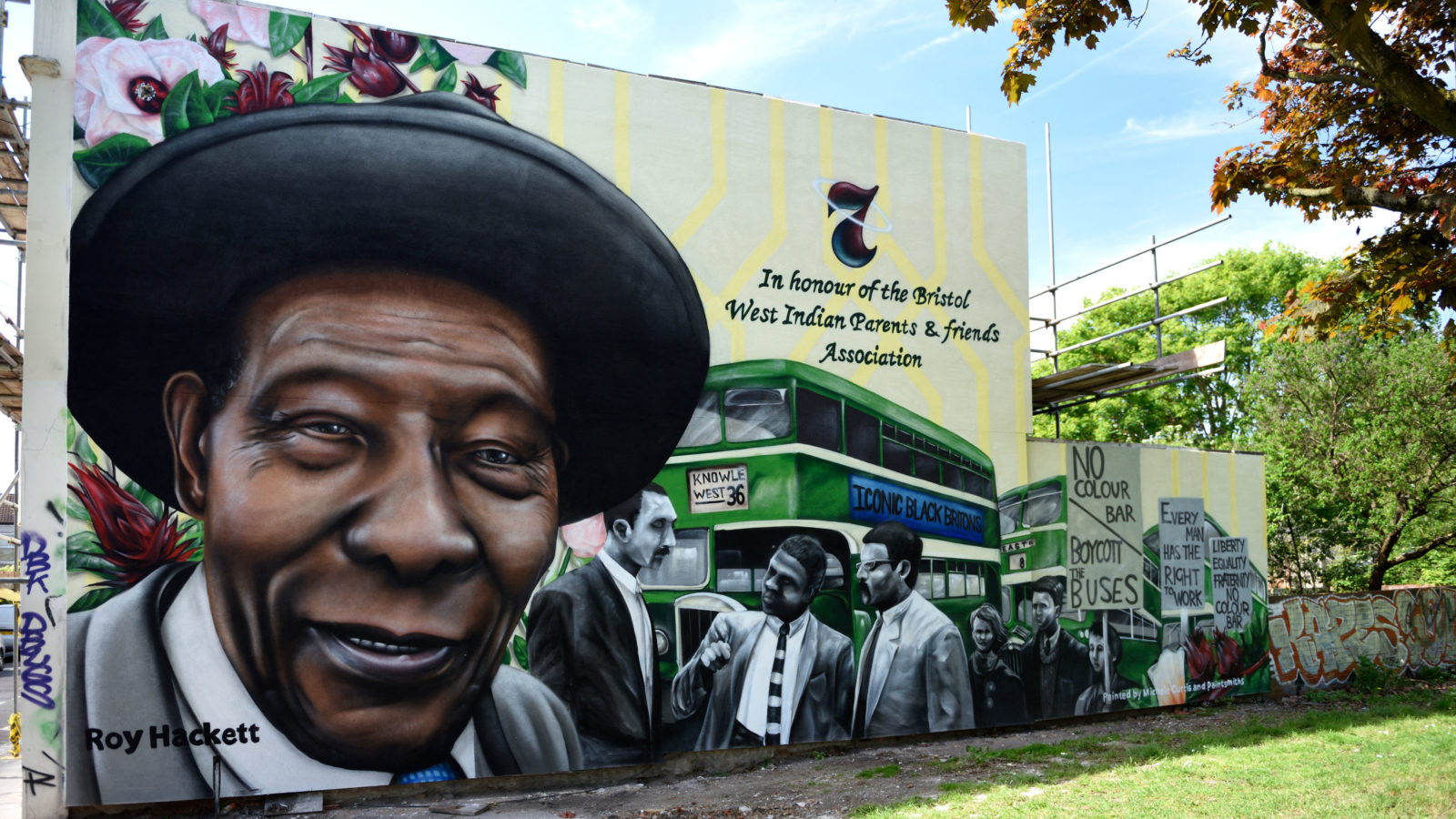 When Michele Curtis embarked on a four-year project to paint seven murals in St Paul’s, she wanted to honour the tireless work and contributions of Carnival founders.

The artist, who is the founder of Iconic Black Britons, is now collaborating with boomsatsuma to create an augmented reality tour centred around the Seven Saints of St Paul’s to give people an insight into the history and culture that has shaped the neighbourhood, as well as the stories of local heroes.

In order to deliver a prototype that serves the community and offers a new narrative to wider audiences, the team is asking people in Bristol to help shape the project by completing an online survey. 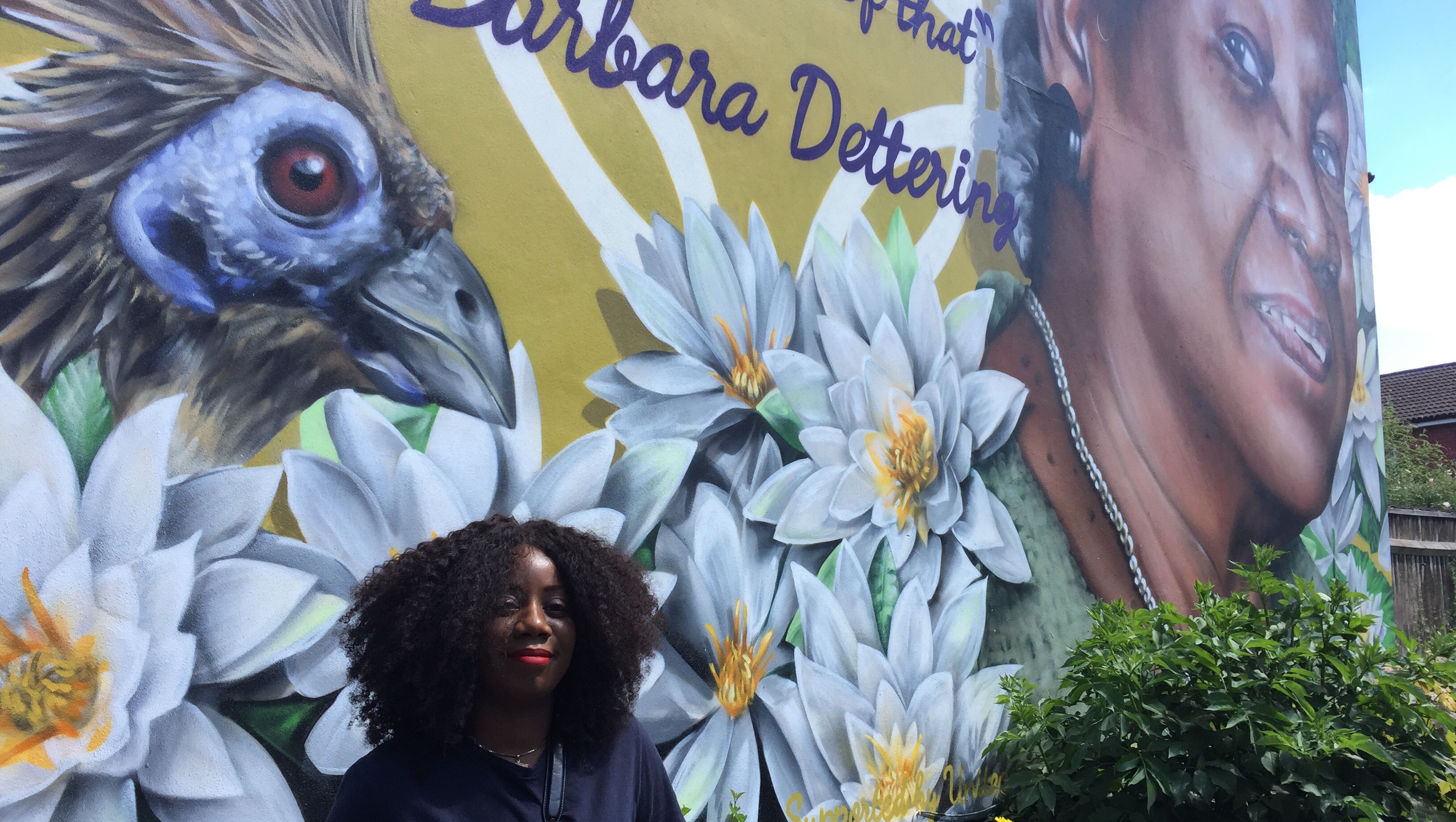 “This community-focused project has always centred on inclusivity and collaboration, so we’re keen to hear from a wide audience of Bristolians to understand what is important to them,” says Michele.

“We had planned to host focus groups in a series of face to face consultations to hear what people would like to see represented in the tour, when the Covid-19 pandemic hit and derailed all plans. As lockdown eases, we’re now keen to hear from people and have adapted our process to be online to reignite this technically advanced, creative project and put culturally important stories into the digital domain for everyone to come and share” 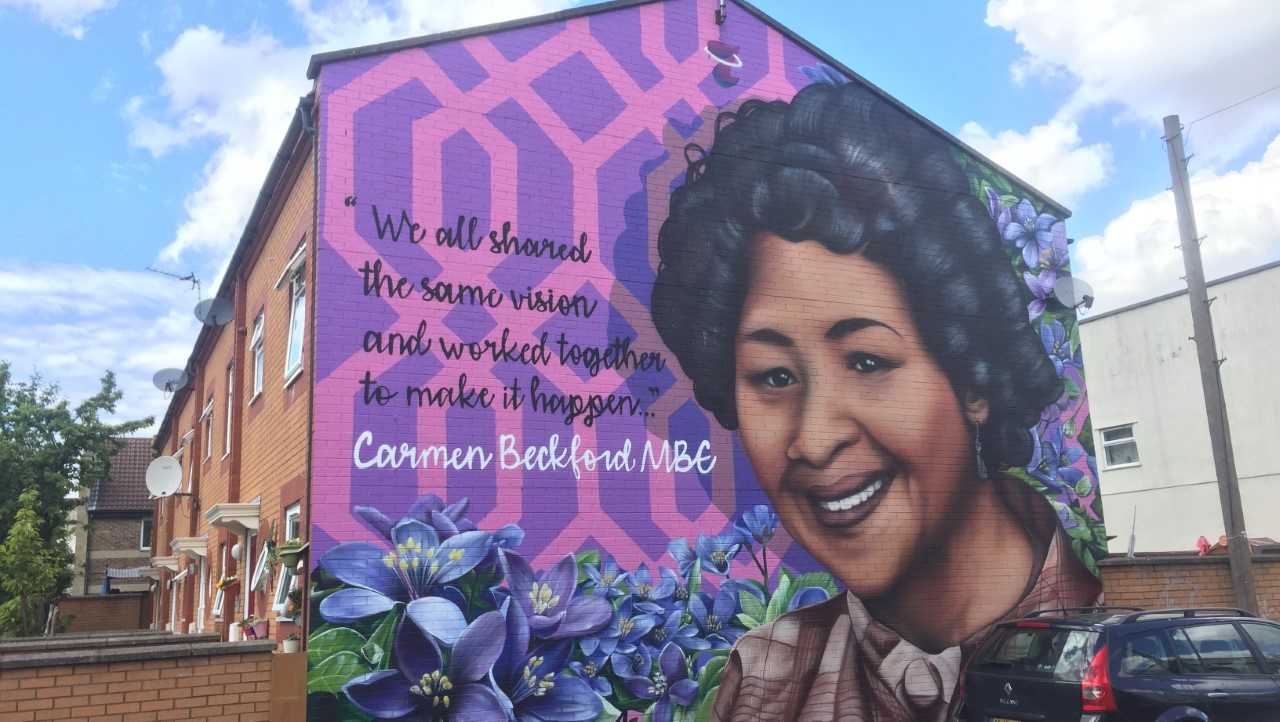 The aim is to bring the murals to life through augmented reality and enhance the engagement between visitors with St Paul’s and the stories behind the people and the area, allowing audiences to experience new elements of the narrative through digital animation and audio.

The project is part of Bristol and Bath Creative R&D Digital Placemaking Pathfinder and is the next evolution of the St Paul’s Art, Culture and Heritage Trail, which completed the first two stages of development in 2019.

Lyndsay Davies, creative projects manager at boomsatsuma, and Michele are leading a team of all-female creative technologists and animators, who will design the technology to enhance the current tours by augmenting visuals and audio to allow audiences to further engage with the Saints, their stories and their impact on Bristol. 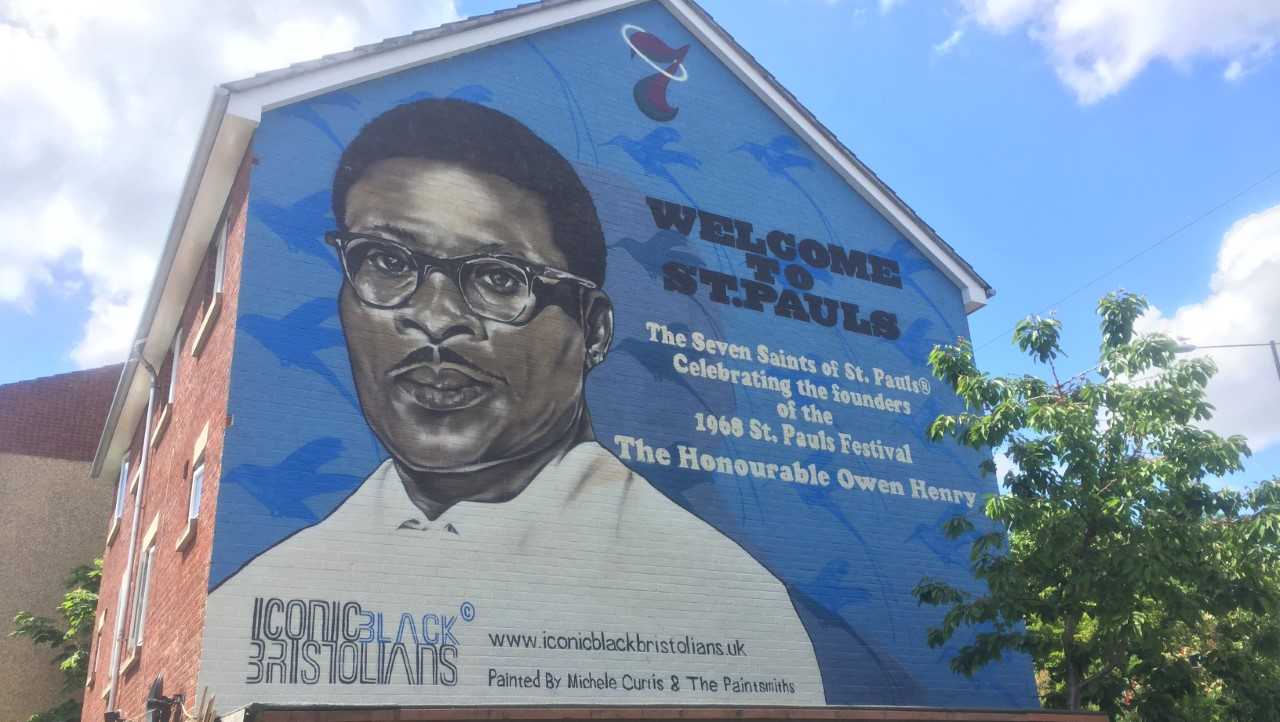 Members of the community are being asked to take part in a short survey about the project, with the potential of being part of a small, safe, focus group to offer feedback about what content should be augmented.

The prototype will be finished in October, with members of the public welcome to take part in the tour, before the collaboration will look for more funding to complete the project. 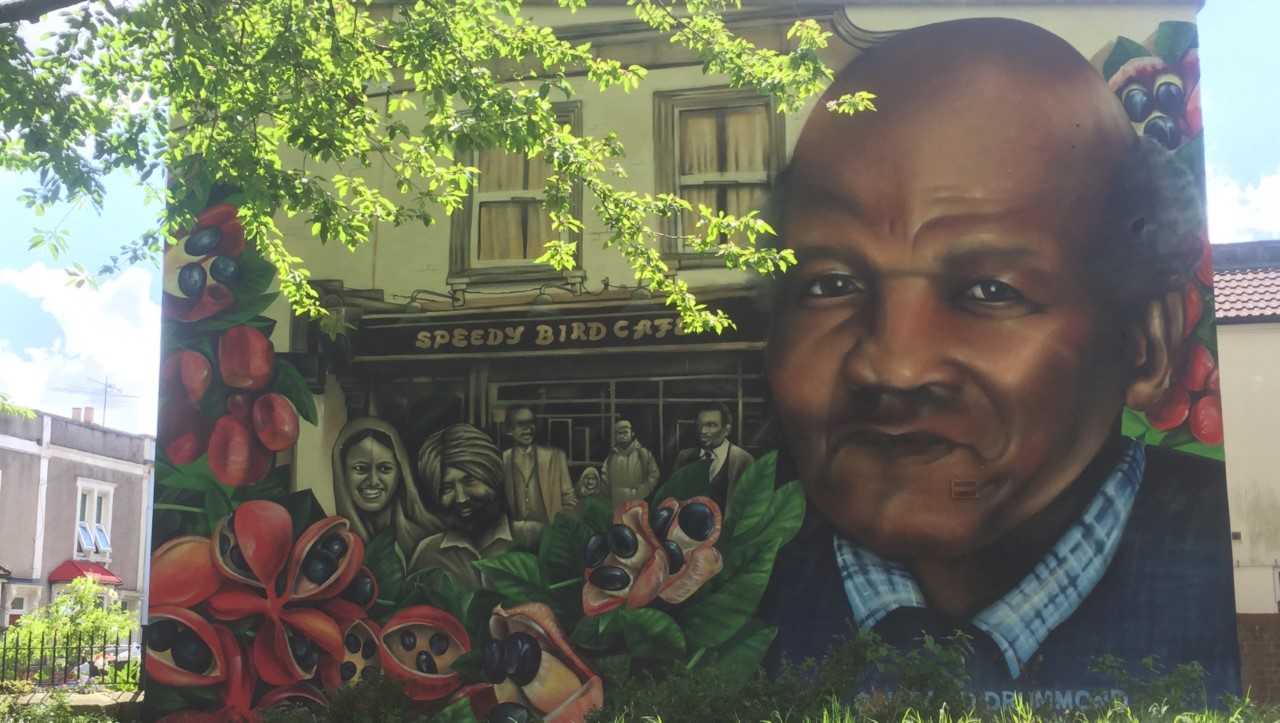 Clifford Drummond portrayed with his cafe, which was at the heart of the community – photo by Mary Mann 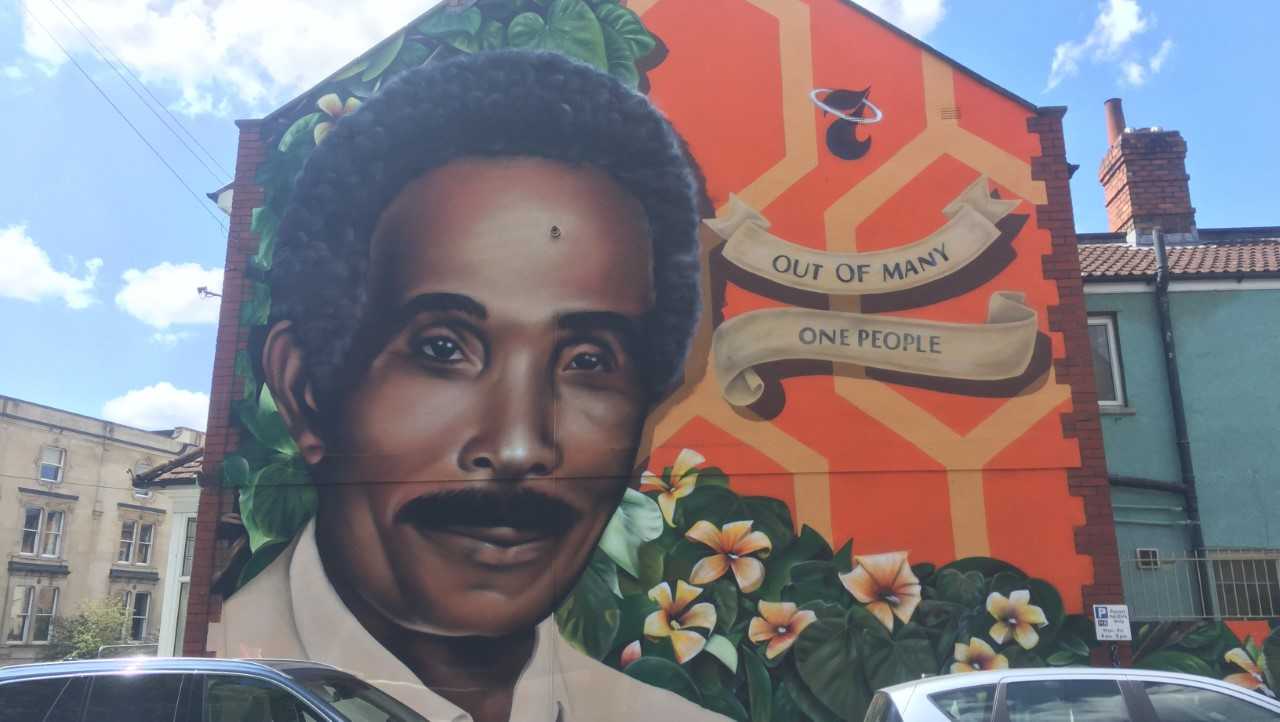 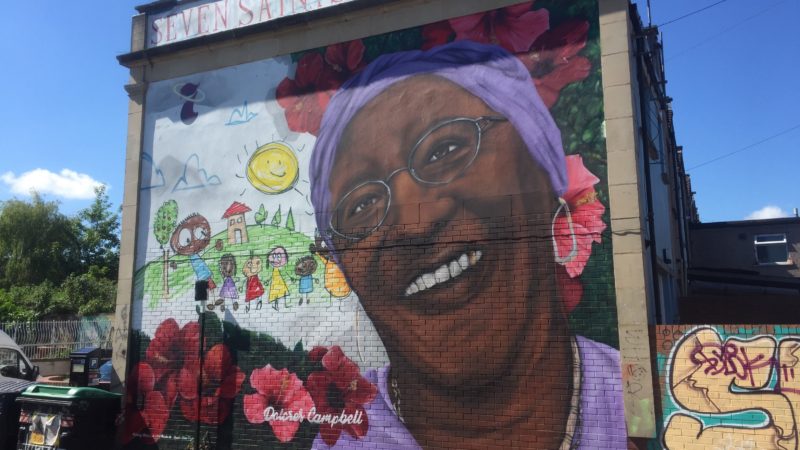