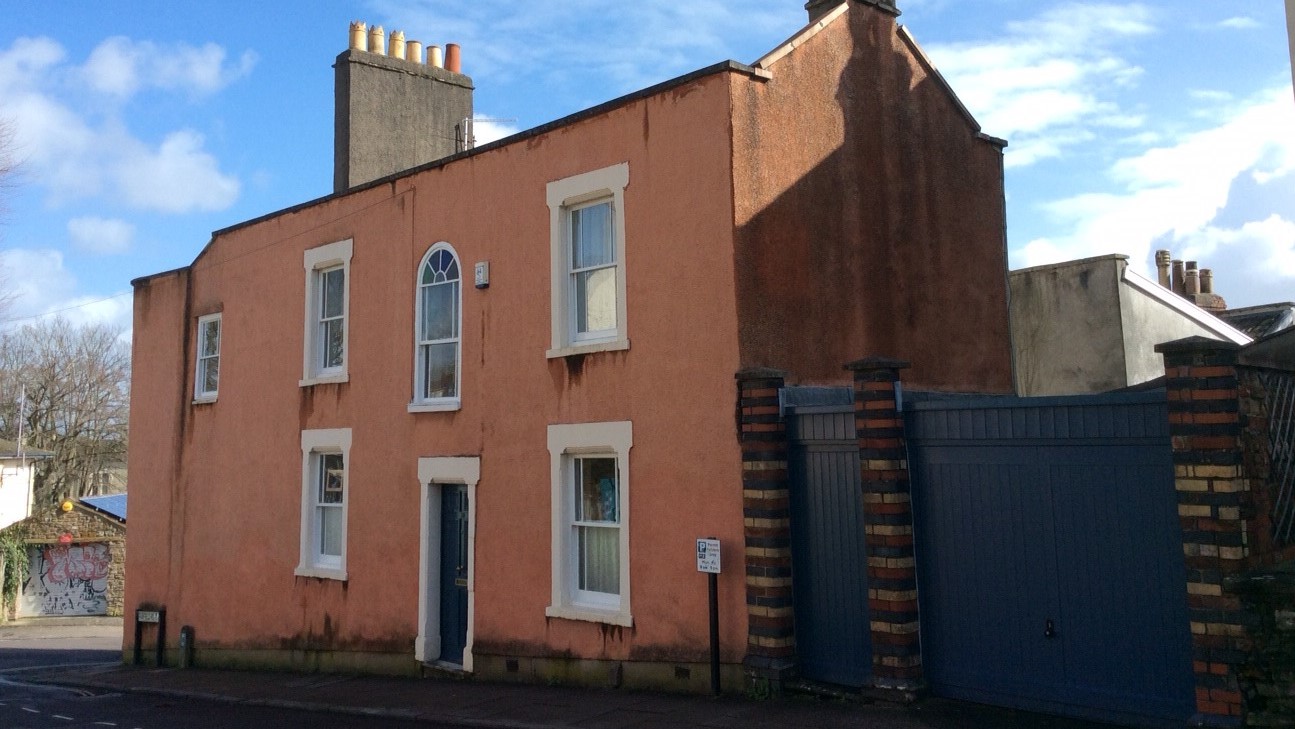 Many of us have been glued to A House Through Time on BBC Two, presented by David Olusoga. It featured the now famous 10 Guinea Street in Redcliffe, an early 18th century house with slave traders among its varied past residents.

But a house in Montpelier was almost chosen instead. Now its owners, Sue Cullimore and I, have done some research ourselves for a book on our colourful predecessors in Spring Cottage.

When an estate agent showed us round Spring Cottage 34 years ago, it was love at first sight. How could anyone resist this quirkily long and thin Georgian house on a hill which looks so different from the rest, even in quirky Montpelier?

It’s now called 60 Fairfield Road. But we prefer the old name, even if that, too, remains an enigma. We still don’t know if Spring Cottage refers to the season, or to it being built above a water course.

Sue and I, despite being very amateur historians, have won praise for the quality of our research that went into our book, Saints, Crooks and Slavers. Yet we still can’t answer the first question everyone asks – when was your house built? Not for sure, anyway.

We also have trouble with the next basic question – who first lived in it? Again, that’s very uncertain.

Perhaps it was because the house looks such a curiosity that researchers from A House Through Time pushed a flyer through our door early last year. They were inviting us to join the selection process for their Bristol series.

Spring Cottage eventually finished a close second to 10 Guinea Street. But by then we were hooked, and decided to do some exploration of our own. 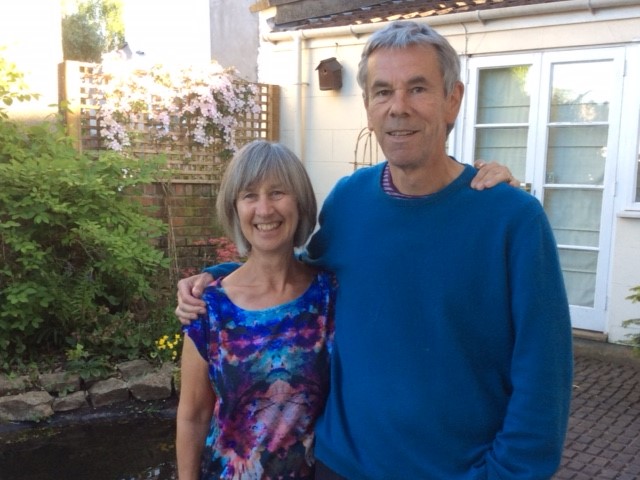 Our crumbling, but unusually complete, deeds tell us the first “tenant” or “occupier” of our house was a man called Shurmer Bath.

A Quaker from Stokes Croft and a maltster by trade, he moved in the same social circles as Joseph Fry, Hannah More and the diarist Sarah Fox. He was the original developer for Spring Cottage and other houses nearby around Montpelier in the 1790s.

But Shurmer Bath never finished building them, because a citywide construction boom was halted by the Napoleonic Wars. He ended up bankrupt, as did so many other local property speculators at the time, especially in Clifton.

Similar doubts surround the residency of our second developer. He was a “common brewer” with an equally colourful name, Jacob Crook. According to our deeds, when he bought the land in 1812, a “ruinous cottage” already stood on the site, which was “then in the occupation of said Jacob Crook”.

However, in old-fashioned legal jargon, words like ‘tenant’ or ‘occupied’ could be ambiguous, perhaps even meaning that someone was active on the site rather than living there. Besides, both Shurmer and Jacob kept family homes elsewhere in the city.

Despite the obtuse language, we found our deeds were a priceless launch pad towards further investigation into these characters and other occupants of Spring Cottage/60 Fairfield Road, right up to the late 20th century.

It was here we first came across names like William Beaumont (originally Guillaume de Beaumont), son of aristocrats guillotined in the French Revolution, and the Phippen sisters, who ran early schools for deprived girls in their own home.

A much later sale document in the deeds eventually led us to Penny Gane, an owner/occupier not long before us in the 1980s. In 2020 she remains an influential campaign leader for women’s rights in the city, as chair of Bristol Women’s Voice. 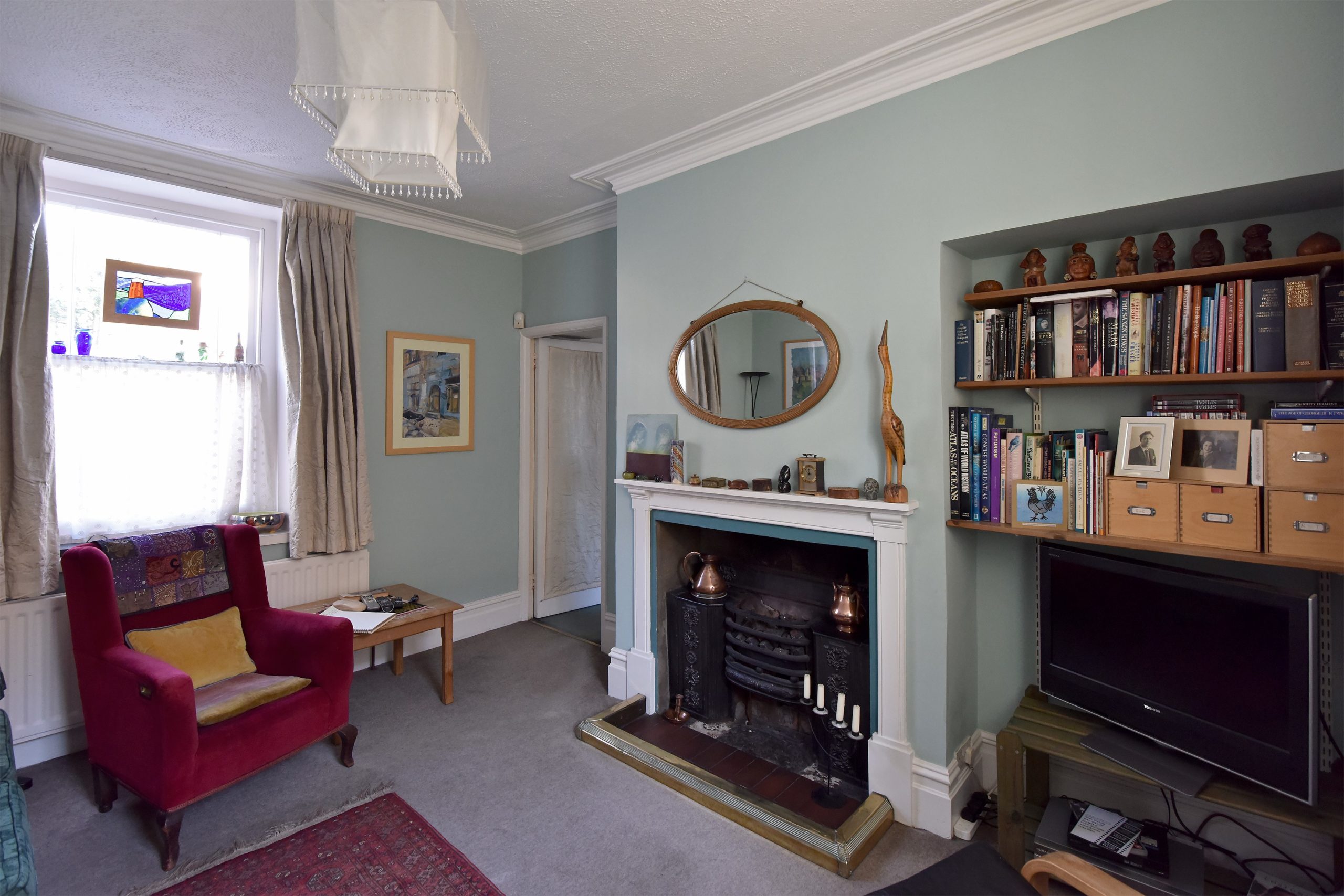 For more detailed research on past residents, we turned to other sources. The ones we found most useful were:
• Historic documents kept at Bristol Archives, where they’re available for you to search.
• Online genealogy websites, for Censuses, or for birth, marriage and death records.
• Local trade directories from the mid 1700s onwards, which you can leaf through in the Archives search room or in the reference section of Bristol Central Library.
• Local newspaper articles found online via the British Newspaper Archive.

These were the main resources which helped us re-discover, for example, the story of Charles Franklin. Just before he rented Spring Cottage with his family in 1892, Franklin’s large factory making glass mirrors, in Rupert Street, burnt down in a dramatic fire that could be seen from miles around. We traced a vivid account in the Bristol Mercury.

Residents of our house listed in the 1901 Census included a 13-year-old servant, Ada Tovey. She later emigrated to Canada as an escape route from destitution. But Ada soon perished in faraway Vancouver, according to the British Columbia Death Index. We accessed this online via the Ancestry website.

The 1939 Register, or wartime census, recorded the Fiddes family living at 60 Fairfield Road. One of them, young Ernest Fiddes, lost his life when serving on board a Royal Navy submarine, sunk by a torpedo attack in the Mediterranean in 1942. Stoker Petty Officer Fiddes was posthumously honoured for gallant action in the face of the enemy.

Neither Sue nor I are experts, so in the book we focus on the sources we used most. These weren’t always the best possible option for our house history research, but they were ones that worked for us.

The practical tips on how to find out about the earlier inhabitants of your own home are based on our steep learning curve. That’s why Saints, Crooks & Slavers is deliberately written in a nuts-and-bolts style, telling you both what we discovered and how.

The message is that our way may not be perfect, but if we can do it, so can you! However, there are some public records, especially Land Tax and Electoral Registers, that with hindsight we could have, and maybe should have, consulted more.

Our research was kick-started by Spring Cottage making the final shortlist for A House Through Time. In the end, 10 Guinea Street was definitely the right choice by the BBC. Episode one alone featured an unbeatable mix of eye-catching period features, slave-trading sea captains, an escaping black servant and a baby left abandoned on the doorstep.

But our near miss gave us a few new clues, and the inspiration to unearth a lot more information about Shurmer Bath et al in Montpelier.

The maltster who started building Spring Cottage, and may or may not have lived in it, had a mixed CV. On the plus side, he was a devout Quaker and a generous philanthropist who gave out free medicine to the poor and subsidised new charity schools.

On the other hand, Shurmer Bath had close links with slavery – not as a trader like Edward Colston half a century earlier, but by marriage. His first and second wives, Mary Lewis and Alice Dury, were cousins in a Quaker slave-owning dynasty from Bristol that ran sugar plantations in Barbados.

The Durys had sold up and returned to Bristol in 1762, well before Shurmer married into the family. Our source for these revelations was a wider family archive, free to download online via Google Books.

By the later 18th century, the Quaker community in Bristol, or Society of Friends, who until then had a deep involvement in slavery, were in full withdrawal mode and veering towards support for abolition.

We borrowed this important contextual data from work by a Bristol historian specialising in the city’s slave trade, Dr Madge Dresser. Thanks to her research, we found evidence that in later life Shurmer Bath became an abolitionist himself.

It’s amazing that our book has coincided with a 21st century equivalent of the Black Death and the brutal murder of George Floyd by police in America. That event has sparked the Black Lives Matter protests across the world and the toppling of our notorious Colston statue in Bristol.

The outcome is a huge growth in pressure for removing other memorials associated with the slave trade, and for real change towards racial equality.

In Saints, Crooks & Slavers, we’ve tried to give a balanced portrayal of Shurmer Bath, warts and all. Our first house builder was no saint, and can’t be exonerated from his slavery links. But nor should he be bracketed with Colston as a murderous villain.

Our book as a whole reinforces the new vision of history as no longer set in stone, and instead full of shifting uncertainties.

Saints, Crooks & Slavers, by Peter and Sue Cullimore (ISBN: 9781909446243), is published by Bristol Books and lavishly illustrated with photos and historical maps. The book is available for £12 from Max Minerva’s in Westbury Park and Storysmith in Bedminster, plus other retail outlets including all three Better Food shops. You can also order it online from Bristol Books, or direct from the authors by emailing petercullimore@blueyonder.co.uk

Read more: The home featured in A House Through Time is for sale