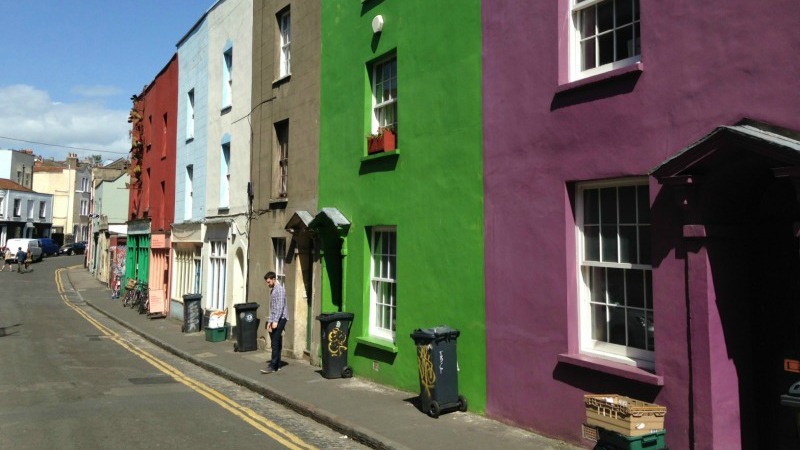 Montpelier has been named as the hippest neighbourhood in the UK by a poll that takes into account the number of independent cafes, co-working spaces and how Instagrammable a places is.

“Like any self-respecting hip neighbourhood, Montpelier has flown under the radar for years whilst Bristol’s other suburbs have had their time in the sun. That is, until now,” the team at Travel Supermarket say in their Hip Hang-out Neighbourhood Index.

Stokes Croft is named fifth in the list – with recommended places to visit including At The Well, Triple Co. Roast and Banksy’s Mild Mild West mural.

An 8 miler today taking in so many colourful and cool areas of Bristol via pancakes with strawberries, crushed cookies and white chocolate flakes and of course, coffee ☕️ Bristol, you rocked today thank you for making me feel like I love where I live again 🌈 #igersbristol #bristol247 #thisismykingdom #colouryourfeeds #rainbow_wall #montpelier

But it’s Montpelier’s time in the limelight, beating London neighbourhoods Peckham, Stroud Green and Dalston to top the list (even if Travel Supermarket think that Playground Cafe on St Nicholas Street in the Old City is within its boundaries).

For Instagram inspiration, you should visit Picton Street and York Road, and look out for the ‘rainbow wall’ in nearby Montpelier Park; while for places to eat, The Bristolian, Thali Cafe and Oowee Diner all get the thumbs up.

Montpelier you are stunning

Kathryn Davis, head of tourism at Destination Bristol, said that Montpelier “is a fascinating pocket of Georgian and early Victorian architecture but is much better known for its cool hang outs, top foodie spots and friendly pubs with live music and DJs”.

She added: “A distinct bohemian vibe and a strong community spirit, it is definitely one of the best brunch spots in the city and good selection of food for veggies and vegans.”

Read more: ‘Lawlessness and anarchy’ pits neighbours against each other in Montpelier