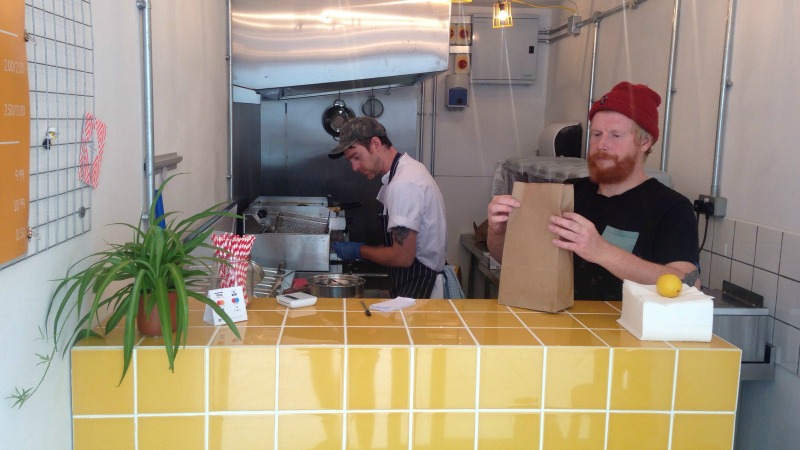 In a fortuitous quirk of timing, Bristol’s newest burger restaurant has opened on the day before National Burger Day.

Squeezed (whose previous name of Lemonade was given the kibosh following a lawyer’s letter) is squeezed into a single converted shipping container and has become the first business to open in Cargo 2’s extension.

It has been opened by Alex Hayes, previously of Rebel Roll on Redcliff Street, who successfully crowdfunded to open a restaurant where every sauce and accompaniment is made by hand from scratch, with skin on, hand-cut fries and an array of homemade lemonades.

Most of the inside of Squeezed is made up of the kitchen, with only three stools for diners wanting to eat in, and tables and chairs outside in the large outside seating area.

Despite the last-minute name change, Lemonade is very much still a thing here – with the Pinky Punky (watermelon and rosemary) a delightfully tangy tipple, and the Yard Sale a classic sweet and sour.

Rude Willy (raspberry and vanilla) is named after Alex’s two children, Rudy and Willow, with the lemonades exploring a diversity of interesting flavours and combinations much in the same way as the burgers such as the St Werburger (£7.50 – double beef patty, Monterrey Jack, confit shallots, smoked bacon and caper aioli, and chipotle tomato relish) named after the part of Bristol they call home. 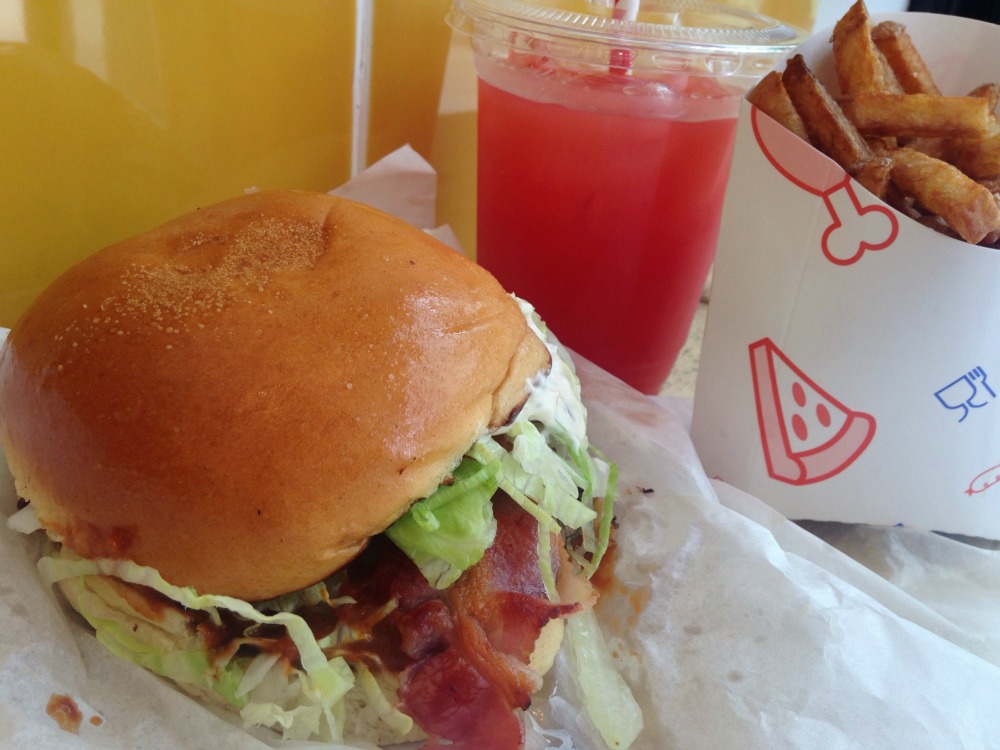 Despite not being so towering as some of the other creations across Bristol’s burger scene – where in some quarters there seems to be an arms race to create the biggest and most most monstrous burger – the Reverse Cowgirl featured a patty just oozing with juice, the bacon crispy, and the sauce and sour cream combining beautifully together.

Other burgers include such delights as Bloody Mary aioli in the Morningside – “I just liked to put everything I liked for breakfast in a burger,” says Alex to one customer – and double fried vodka battered chicken in the MFC.

The one vegetarian option is currently the Whapper (£6) made with a spiced portabello mushroom, halloumi, potato rosti, chipotle tomato relish, pickles and fried egg.

Eaters in Bristol have never had it so good, and Squeezed is as good as it gets in a city with an insatiable appetite for burgers.