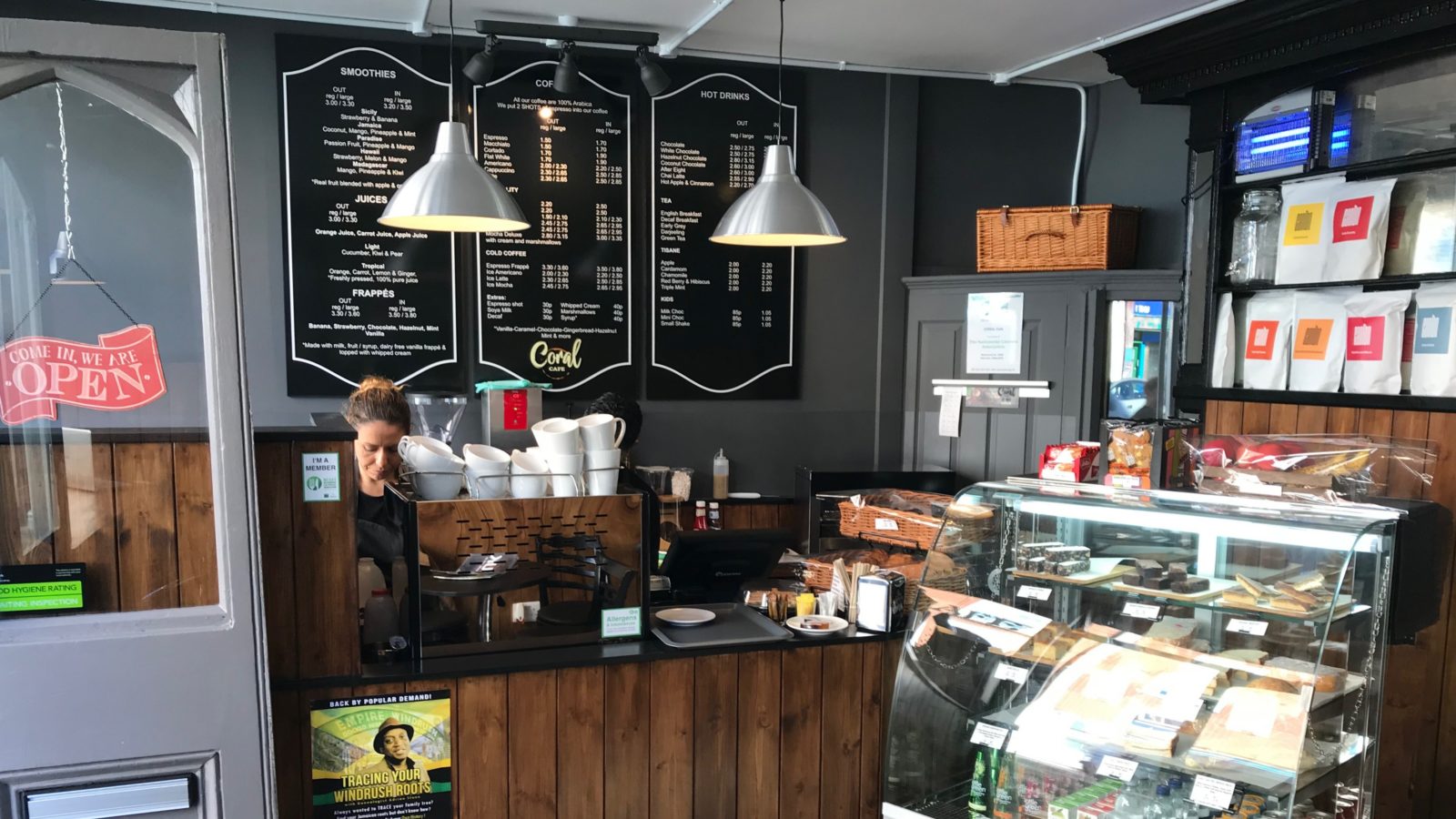 When author MP Wright was looking for inspiration for Heartman, his novel set in St Paul’s in the 1960s, he spent time in the Prince of Wales pub on Ashley Road researching stories; with the pub later featuring in the book.

Despite its name still being over the door and the three ostrich feathers of the Prince of Wales’ badge forming a stained glass window on the first floor, the pub is no more having been replaced by a new cafe.

Coral Cafe currently just uses the front room of the former pub with the back room still being refurbished. It seats three people on stools in the window and also has space for a couple of small tables.

The cafe serves a selection of speciality coffees not often seen in Bristol including Viennese (black coffee with cream) and bombon (espresso served with sweetened condensed milk in a 1:1 ratio) – as well as a selection of loose leaf teas.

There are also smoothies, juices and frappés, with a fridge containing sandwiches, rolls, baguettes and cakes.

On Thursday morning, a member of staff was handing out small portions of lemon drizzle cake from a new supplier to a young mum and dad visiting with their baby. Nice, but not lemony enough was the general consensus.

A Welsh customer expressed her approval of the Welsh cakes, with Portuguese custard tarts and Belgian Lotus biscuits completing the global feel.

Sharing its name with the bookmakers now boarded up on the opposite side of the road, Coral Cafe may still look like a pub from the outside, but on the inside it’s a place in which new stories will be told. 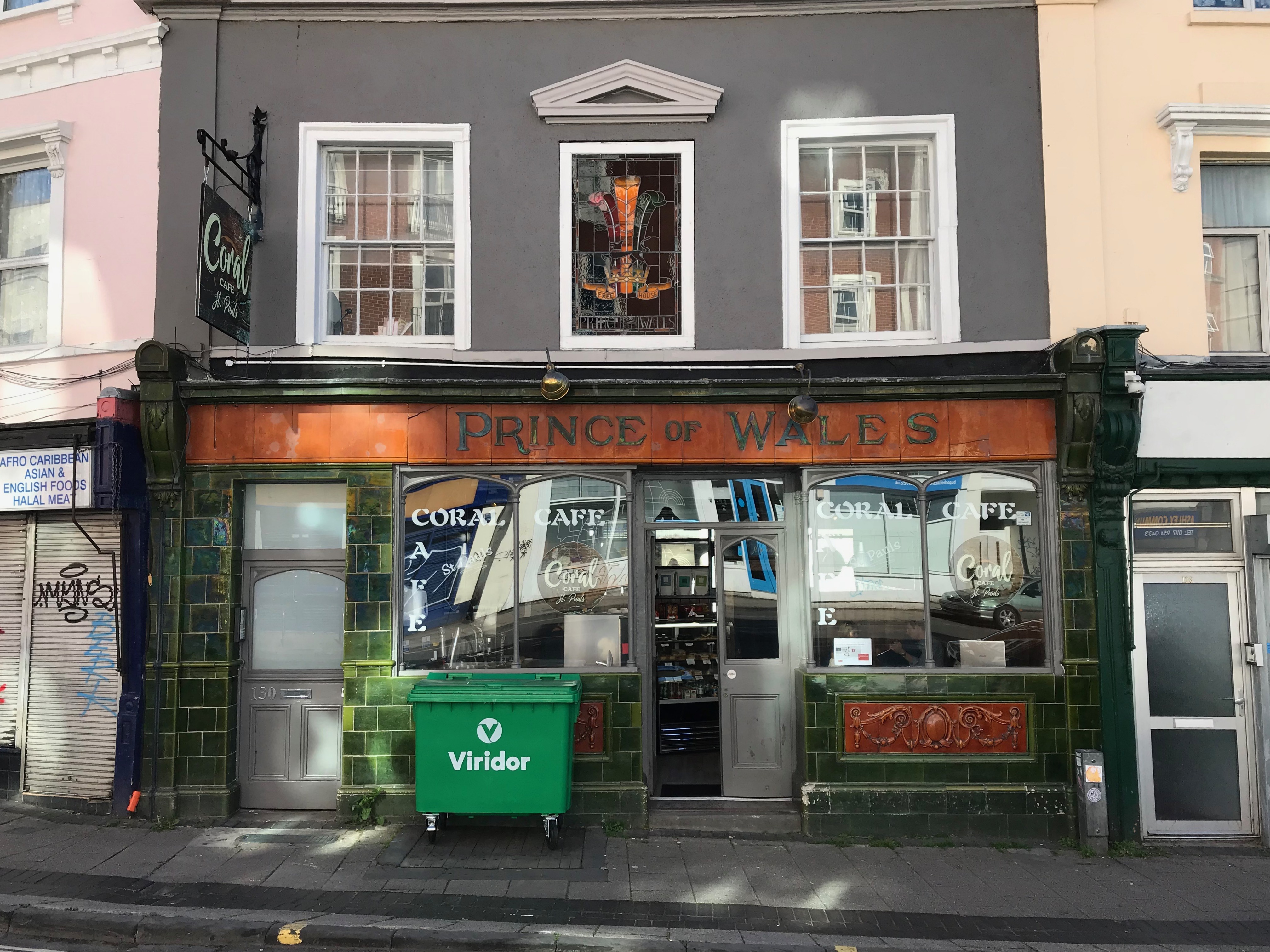