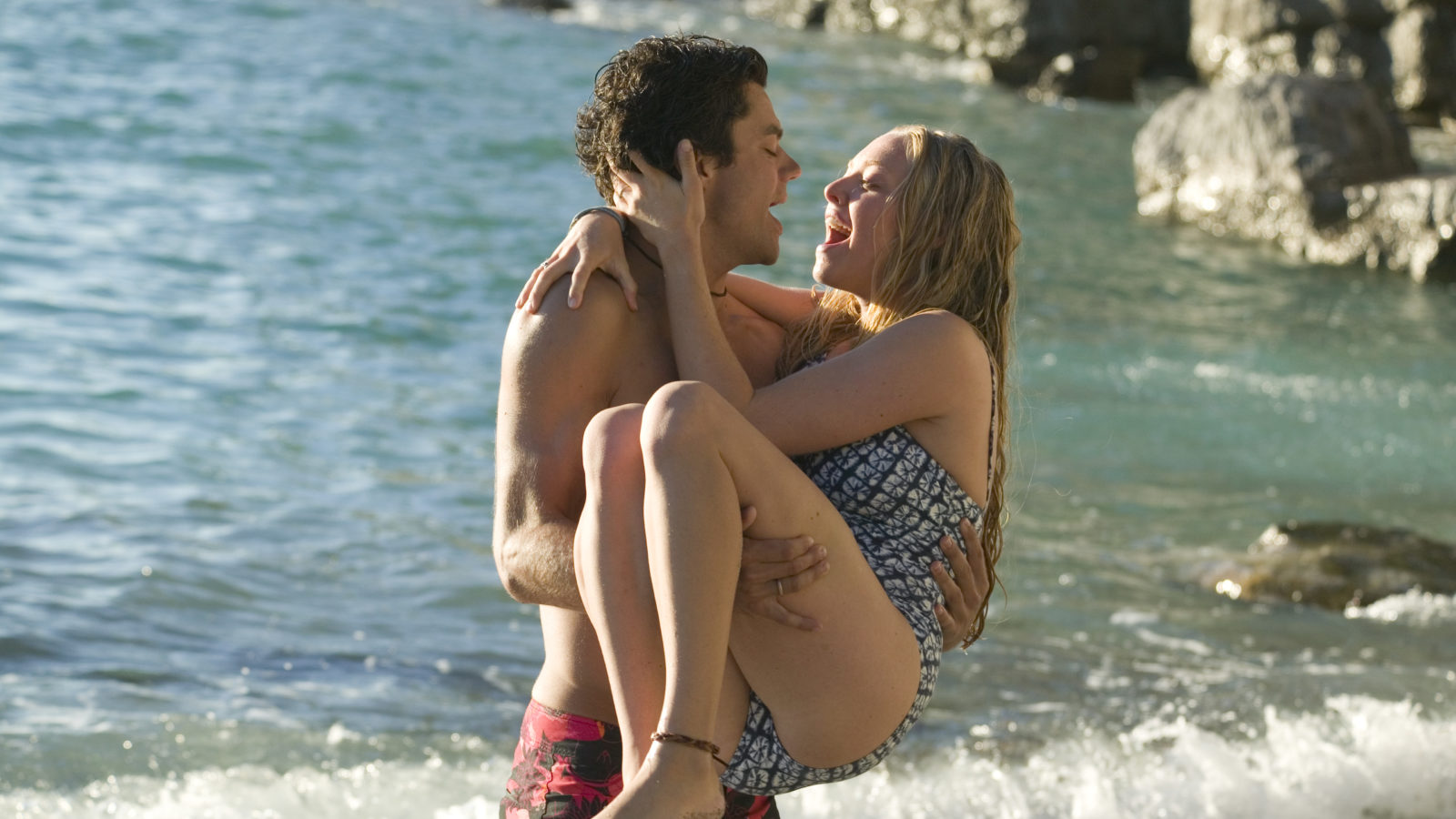 This ridiculously enjoyable musical comedy is irresistibly silly, as camp as a row of tents, and as kitsch as Abba’s most embarrassing stage outfits. True, one tends to laugh at rather than with the cardboard characters, the daft plot and the groan-inducing set-ups for catchy, sophisticated Abba tunes; but it is precisely this air of artificiality and shameless contrivance that saves Mamma Mia! After all, how could one take it seriously?

At her mother Donna’s (Meryl Streep) struggling hotel on the idyllic Greek island of Kalokairi, 20-year-old bride-to-be Sophie (Amanda Seyfried) has invited all three of the men who, given her mother’s free-spirited sex-life two decades ago, may be her long-lost father: Bill Anderson (Stellan Skarsgård), Sam Carmichael (Pierce Brosnan) and Harry Bright (Colin Firth). Story-wise, that’s about it, because the wafer-thin plot is simply the washing line on which the musical numbers are hung. The film’s only musical mis-step is its one ill-advised addition: Pierce Brosnan’s painfully flat rendition of When All Is Said and Done. But without those Abba songs, this messily filmed ‘Big Fab Greek Wedding’ would be a total wash-out.