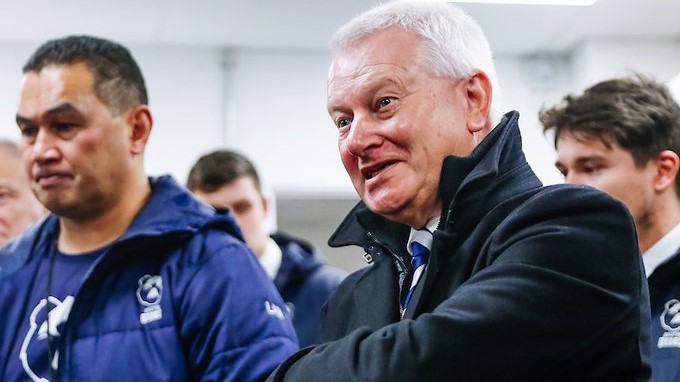 From his home in Guernsey, Bristol Sport chairman Steve Lansdown has been watching plenty of replays of Bristol City matches online.

Lansdown has also been in regular touch with his team at Bristol Sport, the umbrella organisation Bristol City, Bristol Bears and Bristol Flyers and has praised the staff’s dedication.

In an interview with Bristol Sport group head of communications, Lisa Knights, the multi-millionaire co-founder of stockbrokers Hargreaves Lansdown, said that sport’s financing needs to change.

“Suddenly we are all faced with the fact that our business models are not working any more,” Lansdown said.

“We have no income coming in and we have expenses going out. We have to manage our cost base very carefully to make sure we stay in business going forward.”

Lansdown said that football and – to a lesser degree – rugby are not perfect business models, as both pay large amounts of money to players and rely very heavily on fans coming to watch games in the stadium and on television, and buying merchandise.

“When you suddenly can’t put on a game any more… suddenly there’s no reason for people to pay you,” said the 67-year-old.

“So we need to get our heads together now and take this opportunity to review everything that we do, from the way we charge for our products to the way we pay for our players and our staff to ensure we go forward in a much stronger position.”

“We’re not alone in this but we are suffering quite significantly because all we have is overheads at the moment and no income.

“The biggest thing we can do and the best thing we can do, the only thing we can do at the moment, is to ensure we plan accordingly, eek out our cash for as long as possible, take advantage of the government subsidies that are coming our way to keep us in business, to just stay in business so we can finish this season first and foremost, and then start the next season on time, take that all the way through and get back to normal.” 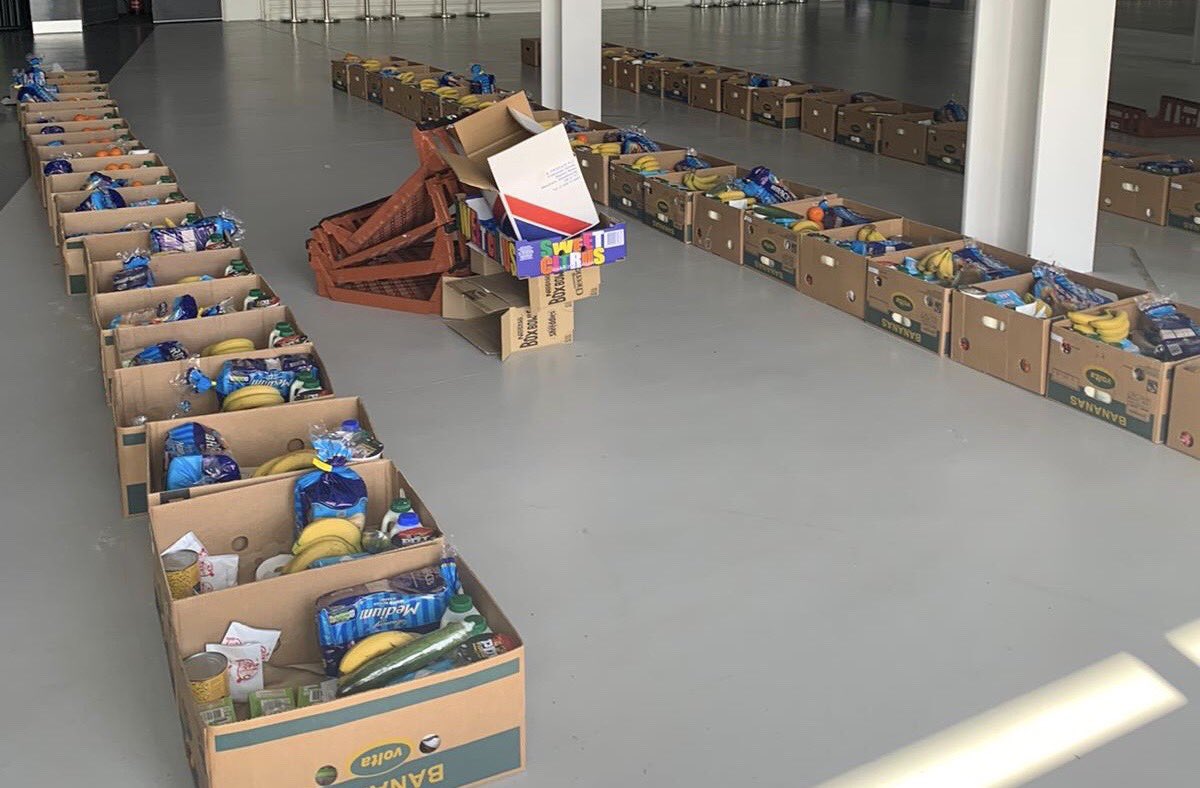 With their restaurant at Wapping Wharf temporarily shut, the team at Box-E are using space at Ashton Gate Stadium to pack and deliver food to young people who have just left foster care – photo: Box E

Lansdown said that “in the Bristol Sport stable, everybody has been pulling in the same direction. I’ve been amazed by the dedication of the staff and the teams themselves to want to do the right thing.

“I think everybody will see the hard work going in to keeping the business intact but also looking after our community at the same time.”

Examples so far include the Sports Bar opened to be used by Help Bristol’s Homeless, Fare Share using areas in the stadium as a warehouse space and a drive-through Covid-19 testing centre for NHS workers. The sports clubs’ charitable foundations are also running online courses

“There’s all sorts of things going on,” Lansdown said. “It’s typical of Bristol Sport and Ashton Gate, they want to do good for the community, they’re putting a lot of hard work into it and I’m sure there will be more projects coming along.

“It’s a legacy we all want to leave. Bristol Sport is putting things back into the community.”

💪 @georgia1878 has been continuing her rehab whilst in isolation.

Not a bad setting for a skipping session. 🙌🏼 pic.twitter.com/VIuzojmT4X

While players have been having a bit of fun in lockdown, Lansdown did not shy away from the realities of the financial situation – which has already seen Bears players and staff taking a temporary pay cut while competitive rugby is suspended.

Sunderland and Crewe Alexandra are among the clubs outside of the Premiership who have both announced that they have furloughed players.

“We have to go through a procedure, we have to negotiate all these things, we have to talk about it. And there will be certain people, who by doing that, will be creating great hardship for their family and we don’t want to do that either.

“We need to be playing fair with everybody in the organisation, all the way through from top to bottom, to ensure that if they can make a gesture and they want to make a gesture, that we help them to do that.

“If they are struggling at the other end of it, then we look after them and make sure that they are not being asked to do something they can’t afford to do.

“There’s a lot of care and attention that needs to be given to all these aspects, which is easy to quote in an interview or in a newspaper article. Making it happen is another matter.

“And I just know from my experience with our players and our staff that people are so keen to do something and things will happen but they don’t always happen immediately because you have to plan them in.

“But we are only at the beginning of April. By the end of April all these things will have come to play and no doubt be announced or be out there in the media somewhere.”

Read more: NHS staff can get tested for coronavirus at Ashton Gate