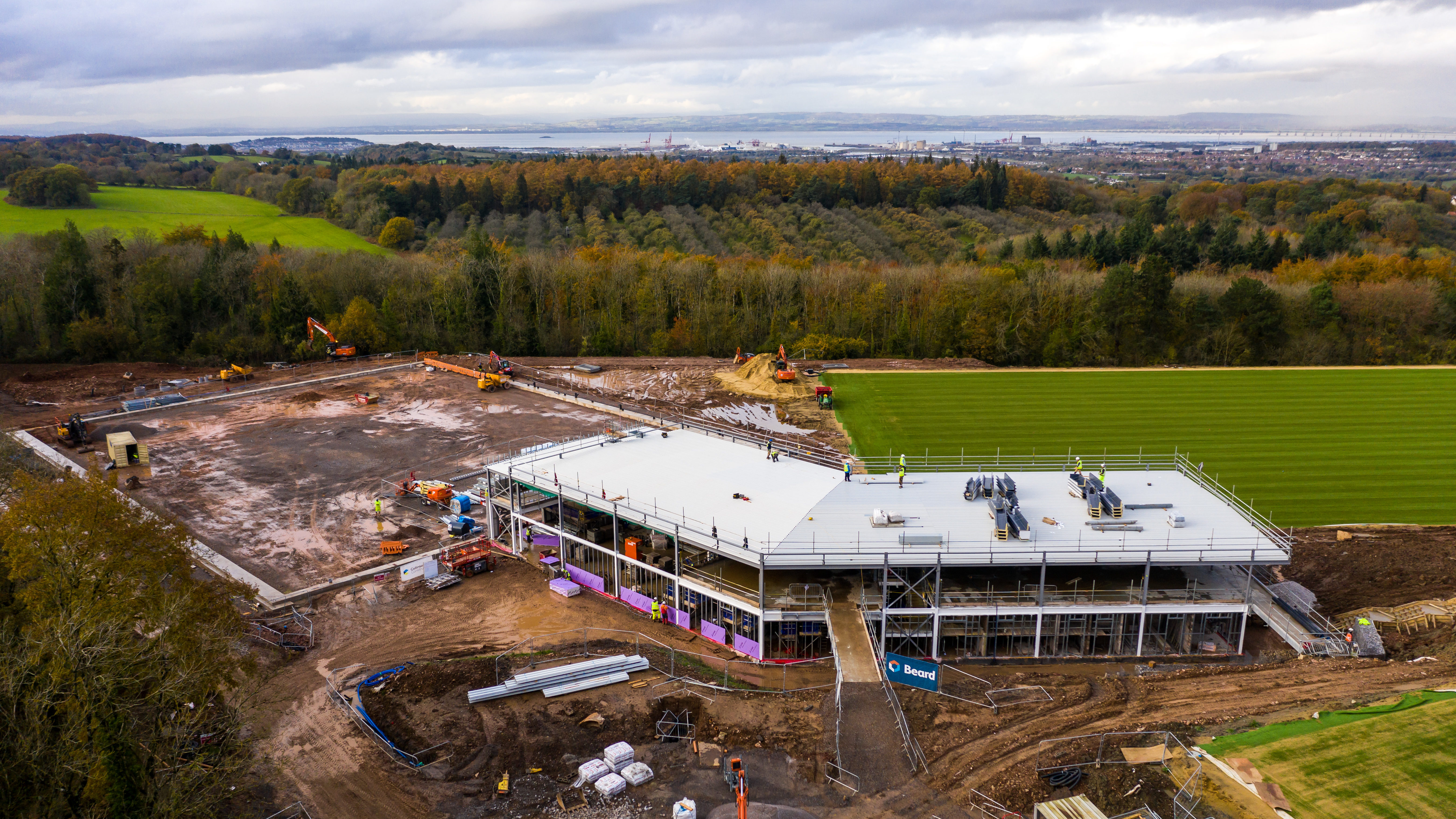 Bristol Bears chief executive Mark Tainton hopes that the team will be moving from their current training base near Cribbs Causeway to their brand new home in Failand after June 20 2020.

The date is significant as it’s the Premiership Final at Twickenham that day, a fixture that current table toppers Bristol hope to be playing in at the end of this season.

The new training facilities off Beggar Bush Lane are a striking example of the club’s ambition, with new signing Semi Radrada mentioning how impressed he was by what this site will become and Tainton very much hoping to continue using it as a recruitment tool in order to attract more players of the Fijian’s calibre.

Tainton, Bristol’s all-time record points scorer, joked that in his playing days, he was lucky to get a peg when Bristol used to train around the back of the Memorial Stadium in Horfield.

At the new facilities in Failand next door to Cotham RFC, there will be two full-size pitches and an indoor half-pitch replicating the exact dimensions of Ashton Gate, a state-of-the-art gym, lecture theatre, medical rooms, and even an eight-person hydrotherapy pool.

“This is going to have a massive impact on our club,” Tainton said as he led a small tour around what is currently still a building site, with views of both Severn bridges in the distance.

“It’s going to be the best rugby facility in the UK and we are all very excited about it.”

“The players are amazed at the facilities we are having built,” added Tainton, pointing to a few of the players’ signatures on a column that they wrote on during the building’s topping-out ceremony. 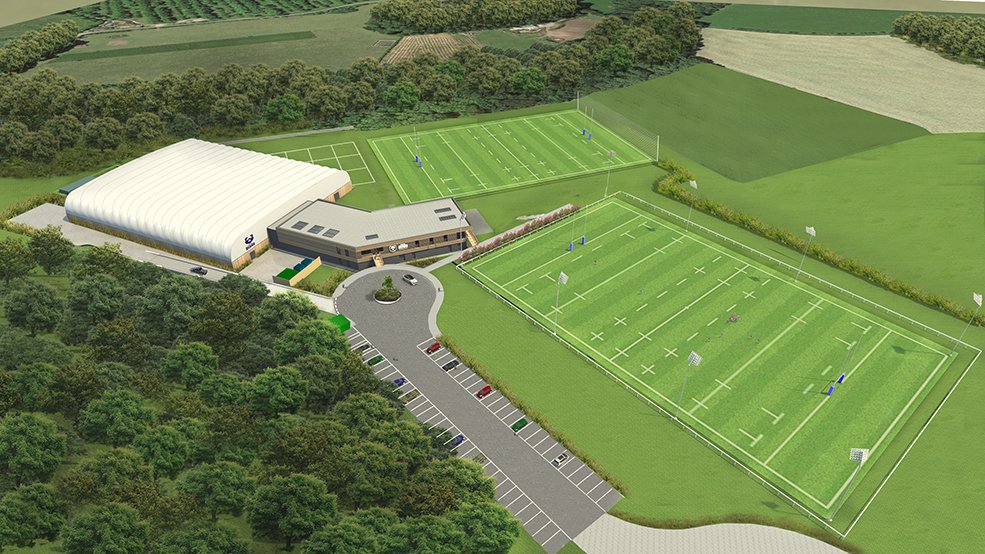 “You can see looking around you at the ambition we have got to create the best training centre in England,” said Tainton as he continued the tour in a hard hat with the Bristol Bears logo pride of place.

“We are very fortunate that the Lansdown family has invested very heavily in the Bears to provide this for us, not just as a training centre but also as a tool to recruit people…

“We want to challenge in the Premiership and in Europe. We don’t hide it. We’ve got ambitions to dominate both leagues and that’s what we see in the future.” 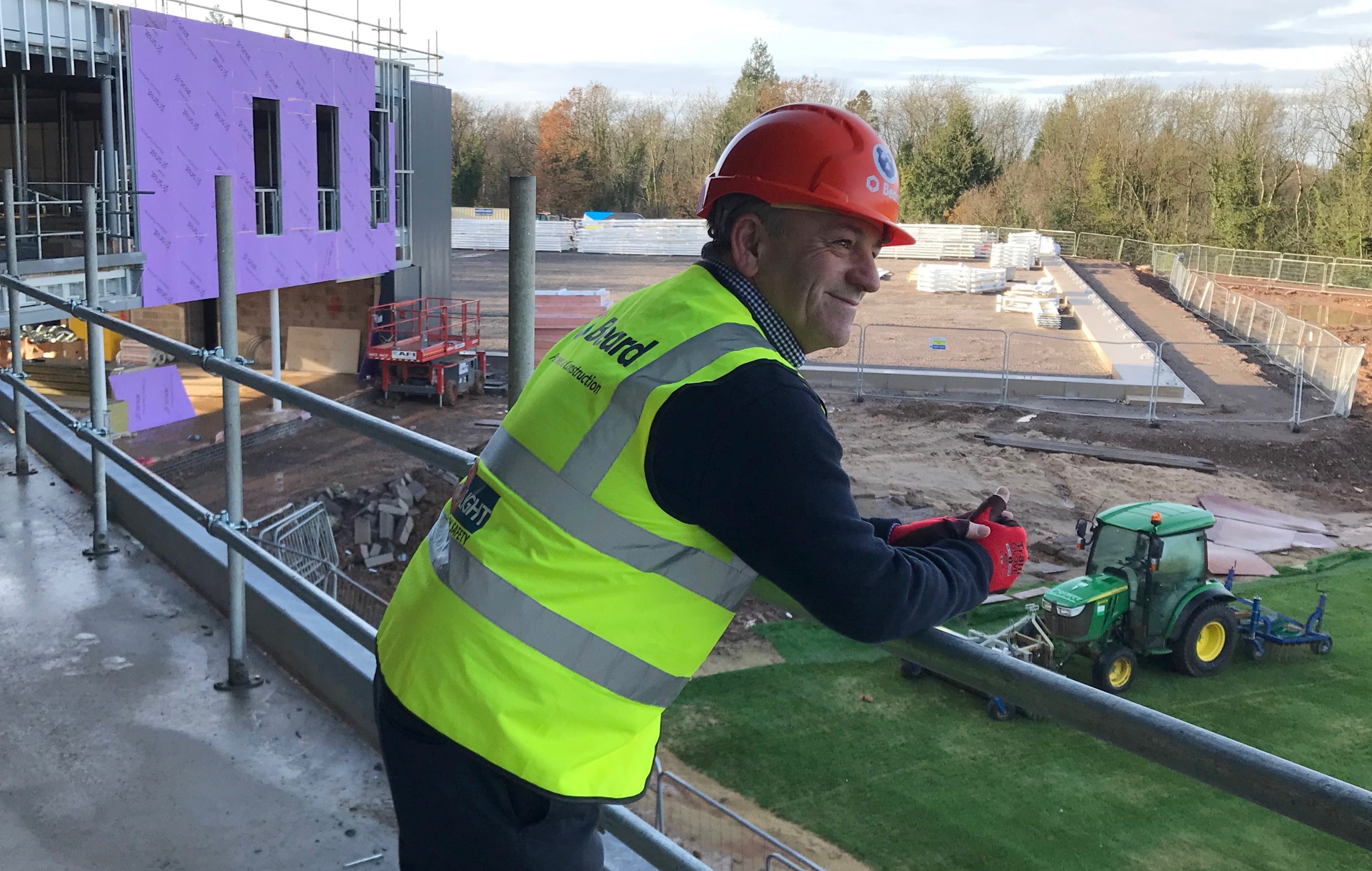