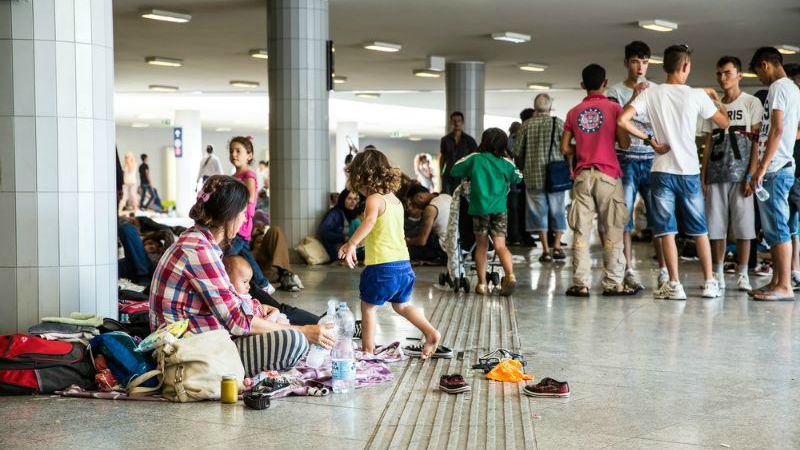 Just as it took the photo of a naked, terrified girl running down a Vietnam street to shift public opinion in relation to the Vietnam war, so it’s taken the heart-breaking image of the body of three-year-old Aylan Kurdi off the Greek coast to open a lot of people’s eyes to the Syrian refugee crisis. A similar thing happened with Abu Ghraib.

While some condemn the sharing of this powerful image in newspapers, on websites and social media – other argue that it’s exactly what is needed to stop entire nations seeing these refugees as nameless migrants to seeing that they’re desperate people – children, women and men – escaping atrocities in their home country.
As more information emerges about Aylan and his family – his five-year-old brother Galip and his mother, both of whom also drowned, and his father, the sole survivor from that family – it’s resonating in the hearts and minds of parents across the world. A family fleeing the utter devastation in their hometown of Kobane in Syria in search of a better life with relatives in Canada, but unable to get beyond Turkey.
And this is just one of many horrific human stories – the dead woman and newborn baby still attached by the umbilical cord suggesting she’d drowned giving girth in the Med and then there’s those souls whose stories will never be told. To see people demonised as migrants and chancers looking for a free meal beggars belief – but thankfully for every hater there’s another compassionate person to counteract this.

David Cameron told: when dead children are being washed up on beaches, enough is enough http://t.co/TxpWGCF1jp pic.twitter.com/dwsGxWRvcP

Hundreds of thousands of people are showing their support for #SyrianRefugees by sharing messages of support #RefugeesWelcome with well documented cases of citizens in counties including Iceland, Germany and the UK offering to take refugees in. Of course, it’s not that simple – there’s paperwork and quotas and transport issues.
But more than this, it’s putting a plaster on the wound and not addressing the real problem. Almost 5 million refugees (about half of which are children) have fled Syria since the conflict there took hold in 2011 – many in mass refugee camps in the neighbouring countries of Lebanon and Jordan. While some of those with money to pay the people smugglers make it further, to Turkey, Greece and if luckier Germany and beyond, for the majority of Syrians the crowded camps are their homes.
With the right wing press scaremongering around a ‘migrant crisis’ and the left wing press condemning the government for not doing enough, it’s easy to get sucked into one train of thinking – depending on which way you are inclined; it can be hard to navigate all the information online to make sense of what is happening but there are some facts worth knowing.
Since 2012, the British Government has given almost £1 billion to help Syrian victims of war, including millions of people in these camps, and continues to pledge ring-fenced funding to help ease this crisis – working with the UNHCR and Red Cross.

The scenes in Budapest on Monday
Earlier this year and in response to many tragedies where asylum seekers drowned in the Mediterranean,Theresa May said the UK would not play a role in new EU quotas – arguing that the danger with agreeing to take more refugees will only lead to more deaths as more and more people would take risks in a bid to get here.
You need only look at the scenes in Hungary, or even Calais, to see that just because a country in northern Europe has agreed to host more refugees it doesn’t make their plight any less dangerous or tragic – they still have to travel through hostile countries to get to their new home.
In lieu of Assad and ISIS disappearing off the face of the earth, of every country on the continent opening its borders to allow free movement of people and everyone in the world suddenly getting a wave of empathy and compassion there are some things we can do to help.
From donating to some of the charities and agencies helping improve the lives of refugees in camps and beyond (Red Cross and Mercy Corps among others) to sharing the human stories and raising awareness among people who don’t fully appreciate the gravity of the situation; and lobbying your MP and parliament with petitions and letters to volunteering with organisations abroad or at home – from UNHCR to Bridges for Communities.
Be the change.
Read about how you can help the crisis in Bristol