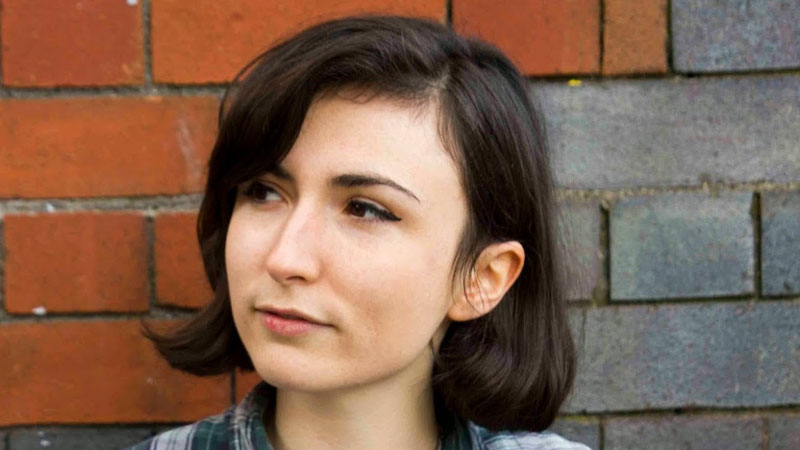 The intense whirl of the news cycle of late has been undeniably mind-boggling and disturbing. Even for those that have been on this planet for a fair old whack of time have admitted to being blindsided by the continued fallout from Brexit and an anthropomorphised Wotsit becoming leader of the free world. But maybe they’re in a better position to swallow the headlines than young people. I mean, imagine that this was happening while you’re having your first go at building an adult life and trying to grasp a slippery hold on your future. Surely that’s pretty bleak.

And it is. Thus far, the message for young people has been clear: it’s almost impossible for you to save up for a home (unless it’s a tupperware box located somewhere in the North-East), you can’t get a steady job (unless you want to be a Deliveroo driver until you collide with an SUV a year before retirement, which will probably be set at 89 years old in 2050), and soon you won’t even be able to escape all of this because of Brexit. Basically, for young people, the outlook is dismal, and our horizons continue to darken.

And it seems we have no defence against these injustices. Journalists that frequently rip into ‘lazy, entitled’ millennials were born into a far more lucky generation – one where my dad was the only applicant for his first job, one where uni was massively subsidised and one where you wouldn’t have to sell off your prized vintage Beanie Babies to able to afford another month’s rent in a tiny, smelly flat. Instead, we’re sidelined and maligned – only dragged out as a played-out joke when it’s advantageous for publications, and marketed as vapid puppets that are obsessed with selfies, the Kardashians, and kale smoothies. The scary issues that affect us are never spoken about, yet we’re the ones that will live with them longest.

I should know: even though I’m turning 26 next month (woah, ancient) I’ve already been made redundant a couple of times, lived in over-priced and mould-fuzzed rooms in multiple shared houses, worked a fair few zero hours contracts and been made to feel a fool by the government too many times to count. In a bid to maintain a semblance of control of my life (and with a justifiably huge chip on my shoulder) I’ve gone freelance after a series of editorial positions.

I don’t think it’s too far of a stretch to assume we’re all pretty ready for some hope – and hope can come in many forms. Rife is a Watershed project, made by young people for young people, supported by Bristol Youth Links in partnership with Bristol City Council. Through the six-month paid content creator roles at Rife, they have produced scores of newly-minted and continuously supported filmmakers, youth facilitators and writers. That publication supplied hope to me when I did my stint there, and now, spurred on by the recent grim outlook for young people, editor Nikesh has kindly invited me to help him spread some more with a book of essays. The book will include about twenty in total, all by under-24s who have strong, exciting, hopeful stories to share. Already we have commissioned essays about mental health, the voting age, and generational conflict. They feel powerful, necessary, and timely, and they broadcast a very different picture of young people to the one we are fed by the media.

We’re crowdfunding the project through Unbound, which will give you access to the finished article first when it comes out. Crowdfunding is a super modern, super transparent way of backing stuff you believe in, and tracking it every step of the way. It seemed like a perfect option for this project – we want to prove that this country and city believes in the ideas of its young people. It’s really easy to give as much as you like, and as well as peeks into how the book is coming together, there are a bunch of other great perks you might plump for too – we’re having a launch party you could come to, and you could even get a team of dazzlingly bright young people to come and help your business reach a new audience. We’re aiming to make this book a chronicle of the next generation’s excellence, steeped in hope and heart. Call me trite, but maybe that’s something we all need right now.

Sammy Jones is a freelance writer, based in Bristol, and the co-editor of the forthcoming book of essays Rife: Twenty Stories from Britain’s Youth. See some of her recent work here.