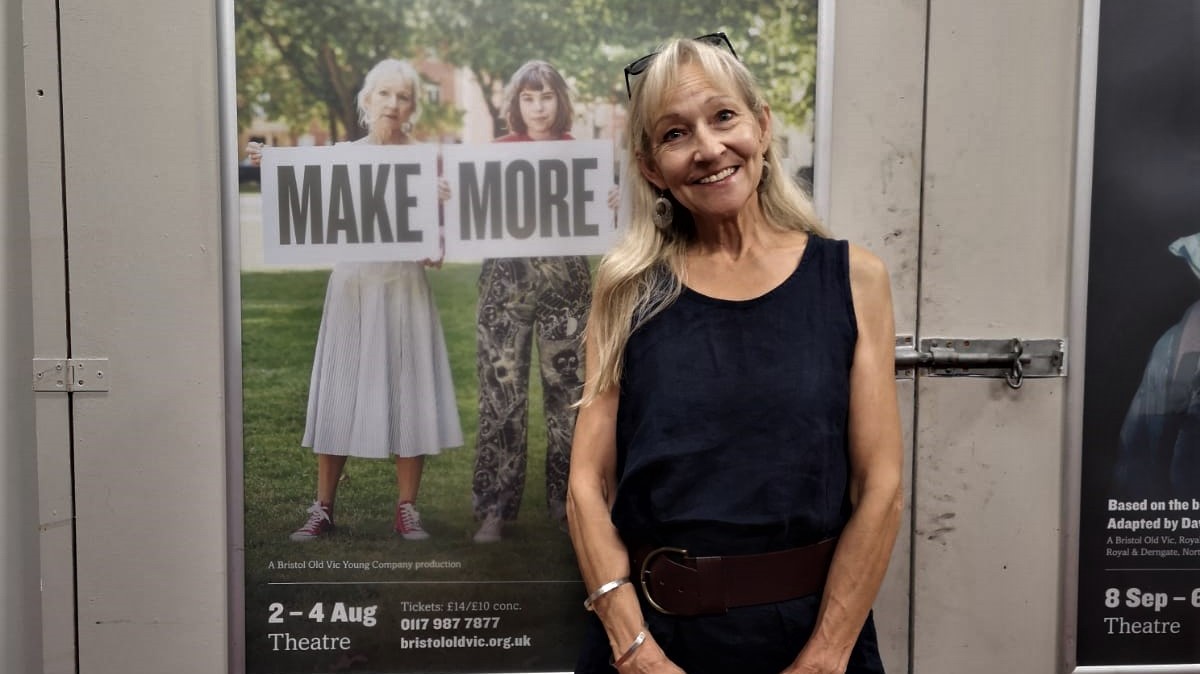 Thank you, Julie Hayward, for drawing attention in her recent opinion piece for Bristol24/7 to the exclusion of older people from current topics in Bristol.

I’d like to take Julie’s concerns that much further and offer some solutions.

On diversity, Bristol’s big institutions and key players – the cultural, voluntary and public sectors – need to wake up, show a bit of respect for, and indeed pay tribute to the cultural, social and economic diversity among Bristol’s older men and women.

Diversity that goes well beyond those tidy categories that our social consciences tell us to reach for: class, race, ethnicity, gender, sexuality and indeed age itself.

As a child of the sixties I, and many of my generation, swam in very rich and often murky cultural waters. That era of radical change is still very much in our DNA: the emergence of civil rights, and the battles we fought for self-determination across all fronts. But I do not presume this of everyone.

Our / my battles continue, not least in ensuring well-intentioned institutions do not slap social identities of their own choosing onto us. I am a woman not a pensioner.

I’d also argue that we need to question the relevance of the traditional, westernised, retirement model of later life, particularly the “activities for the over-55s” approach. This does not ring true with the raising of the state pension age and an increasingly culturally diverse population of older men and women in the city.

More seriously, and left in limbo, in every respect, are women affected by state pension inequality (WASPI women). Unable to benefit from what is effectively their insurance policy against the vagaries of an ageist, employment market.

On ageism, we need to call it out, particularly those more recent but just as toxic forms. For example, the homogenization of older men and women as “fat cat pensioners” or Brexit supporters, disadvantaging the futures of younger generations. I’m shocked at how prevalent these attitudes are.

Julie’s observations about Bristol city centre’s environment of an evening provides something of a lead to resolving these issues.

I make no apologies for partying with a multi-cultural, cross-generational group of friends on the harbourside a few weeks ago. Many of us have grown up and grown older with carnival (Notting Hill, St Paul’s) and festival (Glastonbury). A multiplicity of other combinations and fusions might also account for my generation’s presence in the area.

But no one, child or adult, needs aggressive or selfish behaviour spoiling a night out in what is shared, public space. Multiple research studies confirm the link between our sense of wellbeing and the physical environment and they should be drawn on to accelerate tangible change to the management of the city centre. This to the extent that it can be designated an all-ages inclusive space.

Bristol has long sought to be designated a World Health Organization Age Friendly City. I would prefer that Bristol moves towards an all-ages inclusive understanding of our major community and cultural spaces. This would, in turn, prompt a shift away from the negative consequences of an age-ordered, age-segregated society and further greater recognition of the magnificently diverse population of older men and women in Bristol.

A renowned gerontologist, Dr Richard Ward, says that to age well is to “have a stake in society”. For me, this means being able to participate in the mainstream of the cultural, social and economic activity of this city, on one’s own terms and with respect for how we self-identify.

Dr Joanna Cross, aged 67, is a gerontologist, actor and activist