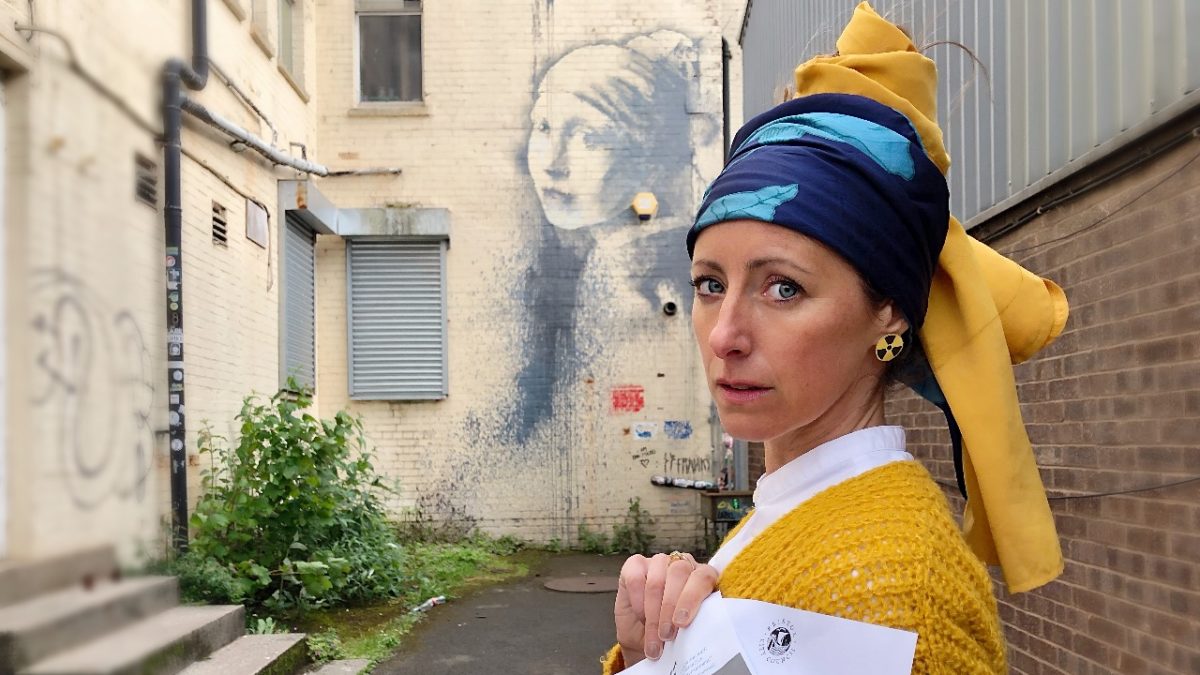 I’ve recently become aware of some pretty hefty environmental and health concerns around the proposed 5G roll-out here in Bristol. Facebook groups are popping up, red flags are being waved and a lot of people seem unhappy that the high-frequency waves are on their way – which is unsurprising given the public’s not had any say in the matter.

The Bristol resistance is not alone. Cities and towns including Brussels, Geneva, Florence and the XII Municipality of Rome are already calling a halt to 5G. US senators and professors are warning against the untested technology. Hundreds of scientists and leaders worldwide are raising the alarm.

I’ve been tempted to get involved, but have been busy with City to Sea, fighting the good fight against plastic pollution, and felt I just didn’t have the head space or time to dive into another campaign.

Until last week that was, when I thought perhaps I really should read the letter on my desk from Bristol City Council about a planning application to install six new mobile phone masts on the roof of our office, the Albion Dockside Building.

There was only one objection so far and the ‘Neighbour Consultation Expiry Date’ happened to be 6pm that day, in four hour’s time. Shit.

I logged onto the council website to find out more and sure enough, there was the application from EE and Three for the replacement of the three existing antenna with six new 5G masts. Ignoring the 5G warnings was no longer an option; as well as my own personal health concerns I’m responsible for the safety and wellbeing of my team.

As for the photo, I know my earring looks alarmist. But there’s some kind of poetic justice that the building that’s home to Banksy’s Girl with a Pierced Eardrum should be the place Bristol’s 5G alarm gets raised. 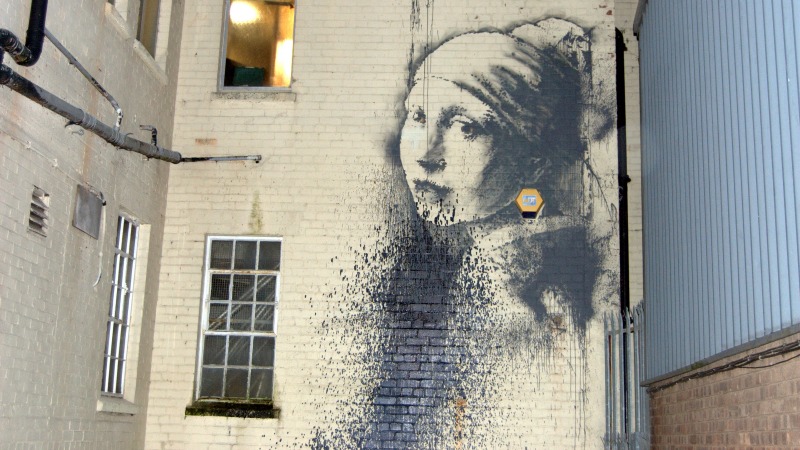 Natalie Fee’s office, home to this Banksy piece, was a proposed location for new 5G masts

And it’s not without trepidation that I open this can of worms. The anti-5G movement is a minefield, awash with conspiracy theorists as well as hundreds of qualified scientists and doctors, and hundreds of thousands of concerned parents, citizens and business owners around the world.

But don’t take my word for it: listen to the scientists and the forward-thinking city leaders who say “no” to their citizens being used as guinea-pigs for this untested technology.

We’ve come a long way from 1G (remember Nokia bricks? You may have had S Club 7 or Eminem on your CD Walkman at the time). 5G will mean you can download a movie in twenty seconds instead of six minutes, transmit a load more data (because you didn’t have enough already), and keep track of when the cheese in your refrigerator expires so you don’t have to bother reading the packet.

More importantly, it will be used for automated medical services and driver-less cars. But much as I love tech and fast connections, there’s a health warning attached to the fifth generation of mobile technology that I don’t feel comfortable ignoring, so let’s take a look at what the experts say about it.

The World Health Organisation has already classified our existing, much weaker radio frequency electromagnetic fields used for 3G and 4G technology as a “possible carcinogen” based on studies showing an increased risk for brain cancer.

In two large recent independent studies, including one from the US Department of Health, laboratory rodents exposed to mobile radiation were found to be more likely to develop brain and heart tumours than controls. Physicians and researchers involved with both studies have since called for the WHO classification to be upgraded to a “probable carcinogen”.

Professor emeritus of biochemistry Martin Pall believes that “5G is the stupidest idea in the history of the world.” He lists four main dangers to humans: one, an extraordinary number of antennae are required; two, high outputs are needed for penetration; three, pulsation levels will be very high and four, 5G will have an impact on the human body’s cellular electrical field.

Doctors from the US group Physicians for Safe Technology are concerned that 5G will bring “a biological, environmental as well as societal disruption … that will be difficult or impossible to reverse” and question the glossy promises made by the telecoms industry about the benefits the technology will bring.

They add that “there is convincing emerging scientific evidence causing great concern for the environment, with harm to mammals, insects and bacteria … 5G technology will also consume significant amounts of energy, contrary to global climate goals”. 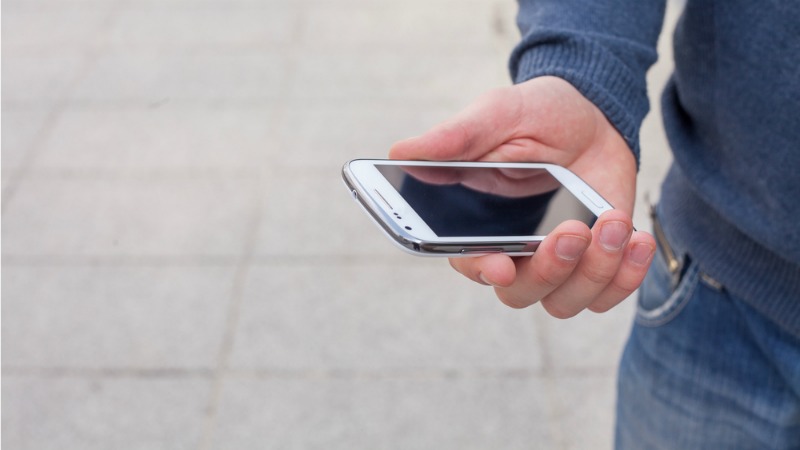 Natalie says that 5G may have irreversible consequences

A 2018 study by Neufeld and Kuster has shown that due to the heating effect of 5G electromagnetic waves, the exposure times “tolerated by the International Council on Non-Ionizing Radiation Protection guidelines may lead to permanent tissue damage after even short exposures”.

The Scientific Committee on Health, Environmental and Emerging Risks state in their 2018 report that “the lack of clear evidence to inform the development of exposure guidelines to 5G technology leaves open the possibility of unintended biological consequences” and include electromagnetic radiation, especially from 5G, along with e-cigarettes, nanoparticles and other toxins in their list of concerns.

Scientists and doctors from 36 countries have signed the ‘5G Appeal’, calling for a moratorium on the roll-out of 5G and the mandatory exposure to wireless radiation this would impose on humans and the environment.

This is in addition to the 230 scientists from all over the world who have stated in the International EMF Scientist Appeal that “numerous recent scientific publications have shown that EMF affects living organisms at levels well below most international and national guidelines”.

“But 5G is safe,” you might say. “The government and telecoms companies say so themselves.”

Okay. The UK bases its safety assessment on guidelines from the International Committee on Non-Ionising Radiation Protection (ICNIRP) and Public Health England (PHE), who assure us that 5G is safe.

But critics point out that health concerns around existing EMF exposure been ignored by these bodies, that ICNIRP members are impartial due to ties with the telecoms industry and that 5G is a largely untested technology. As are 3G and 4G, since ICNIRP guidelines do not cover long-term exposure or low-intensity effects of EMFs.

The University of Bristol alumna and neuroscientist doctor Sarah Starkey submitted a list of evidence for negative health effects of wi-fi and mobile radiation to the UK government’s Science and Technology Committee in 2017, which has not been taken into account in the PHE data.

Starkey concluded that “Public Health England have failed to provide accurate information or to protect children or the public”. In particular, she has expressed concern about children, who absorb radiation more readily than adults.

AGNIR, the now-defunct government group on non-ionising radiation who advise PHE, conclude that “there is no convincing evidence that radio wave exposures below the ICNIRP guideline levels cause health effects in adults or children”.

However, the Safe Schools Information Technology Alliance strongly disagrees with this statement, saying that “a large body of published scientific data has found that pulsed radio frequency microwaves below the guideline levels can cause biological and adverse health effects”, although many of these papers were omitted from the AGNIR 2012 report.

As stated in the Benevento Resolution in 2006, from the International Commission for Electromagnetic Safety, “arguments that weak (low intensity) EMF cannot affect biological systems do not represent the current spectrum of scientific opinion”.

In 2011 the International Agency for Research on Cancer concluded that there was enough convincing evidence that radio wave exposures below the ICNIRP guideline levels might cause cancer to classify radio frequencies as a Class 2B possible human carcinogen.

Remember that these concerns refer to existing EMF levels, which are much lower than the proposed 5G levels. It was reported in March of this year that ICNIRP are due to vote on relaxing their guidelines around radio frequency emissions from smartphones, wi-fi routers and phone masts so as to accommodate the powerful signals used with 5G technology.

It’s one thing to be able to opt in and out of our preferred poisons – a glass of wine, an e-cigarette, chips, wi-fi we can turn off at home – and another to have an electro-smog foisted upon us.

5G means that tens of millions of base antennae will be closely-spaced in every urban area in the world in order to accommodate the high frequencies and volume of information carried, as well as satellites. It will be almost impossible to avoid high-level exposure, and many of us are unwilling to be guinea pigs for this untested technology which we may not need or want.

A recent article in The Lancet urges decision-makers to address the blanket of electro-smog we are living in, citing studies suggesting serious health effects caused by electromagnetic radiation, including altered brain metabolism, DNA damage and cancer risk.

Governments, and the government-appointed safety bodies such as PHE, which advise them seem to work on the principle that damage needs to be proven before it can be accepted as real. Asbestos, anyone?

Independent public health experts and campaigners, on the other hand, urge that where 5G is concerned we apply the ‘precautionary principle’: namely, don’t do it if it could be dangerous, until you have proven otherwise.

Many of us use, enjoy, and benefit from modern technology on a daily basis, but the benefits need to outweigh the costs. Our leaders should answer the call of scientists for a five-year moratorium on the 5G roll-out until more is known about the irreversible damage this technology may bring.

And as for the roof of our office space? Well, we managed to speak to local businesses, residents and The Orchard Pub owners and by the time the 6pm deadline came around there were 41 objections listed.

At the very least, Bristol City Council will have to take its time considering these, and meanwhile maybe the Bristol anti-5G movement will have a moment to plan its next steps.

You can sign the petition calling on Bristol City Council to invoke the precautionary principle and issue a moratorium (an authorised period of delay) on Bristol’s 5G expansion, until independent scientists can assure that 5G and the total radiation levels caused by RF-EMF (5G together with 2G, 3G, 4G, and WiFi) will not be harmful for Bristol’s citizens. 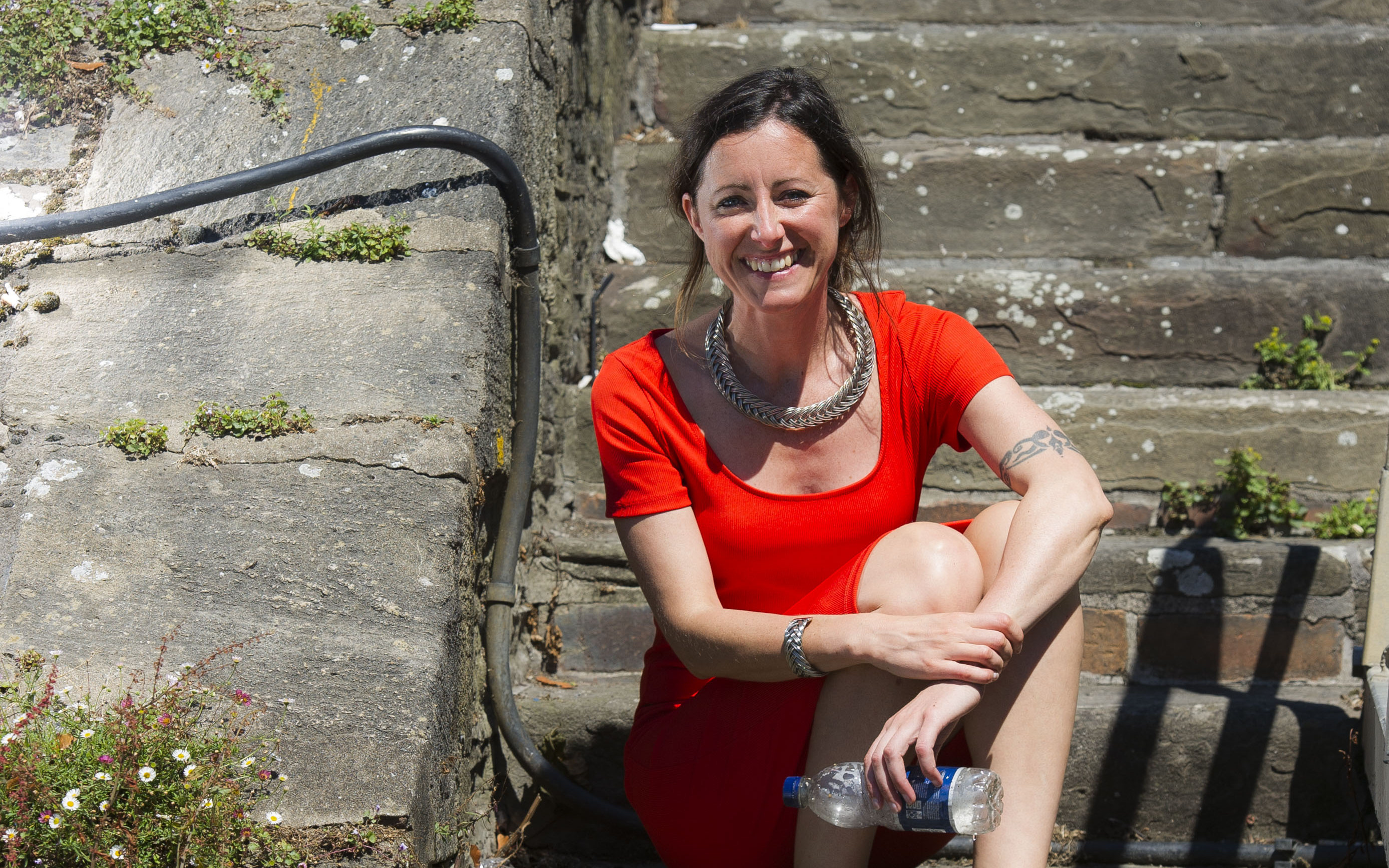