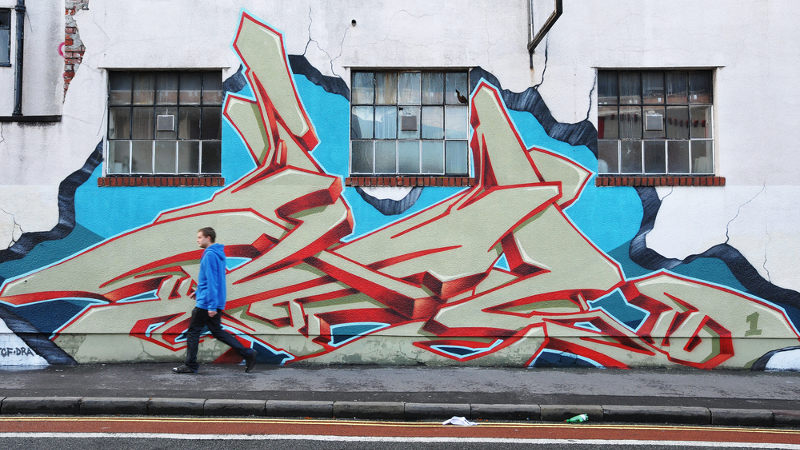 This monthly comment column is written by Tom Phillips

I’m not going to pretend I’m one of the great and heroic pedestrians. I haven’t trekked all the way around the M25 like Iain Sinclair, I haven’t hiked to Istanbul like Patrick Leigh Fermor, and I certainly haven’t lost any toes or fingers yomping across Antarctica.

Having never learned to drive, though, and being too easily exasperated to risk the buses and too timid to cycle, I do end up walking quite a lot.

Most of the time this is along well-worn routes – to the shops, to the centre – but even when I’m stumbling along Stackpool Road or crossing Prince Street bridge for the umpteenth time, it doesn’t feel like a chore or a bottom-rung alternative to modes of transport which involve wheels and/or the internal combustion engine. I actually like doing it.

According to soundbite-spewing health experts, the Ramblers et al, this should be because walking is good for my health and I’m not emitting carbon like a coal-fired power station in overdrive.

As it happens, it’s got nothing to do with either of these. For a start, I smoke when I’m walking (thus negating any health benefits) and, while reducing carbon emissions is obviously a good thing, that’s not really something you can enjoy unless you’re the kind of ferociously smug person who tuts disapprovingly when they pass someone else’s recycling bins and notices a misplaced plastic bottle in the same box as the crushed lager cans.

No, what’s good about walking is that it allows for accidents – not accidents where gung-ho reverse parkers or lycra-clad cyclists mow down innocent pedestrians, but accidents which bring you face-to-face with someone you haven’t seen in months or put you somewhere you didn’t know existed.

If I didn’t go round on foot for much of the time, I wouldn’t have found that strange little bowsprit of land which sticks out into the river just beyond the Create Centre or discovered that Polish hero Tadeusz Kosciuszko once kipped in a house on Queen Square.

Despite the myth that, in the sped-up world, success means going furthest, soonest, fastest, walking never seems to be a waste of time. Just now, for instance, I walked back from town and three random things happened: I noticed a complete stranger who looked like someone I used to know (and reminded me of a slightly embarrassing episode); in the space of 10 minutes I saw two different people carrying a bag from the same London bookshop (specialists in travel writing I haven’t heard of before, even though I’m writing a travel book); and I spotted an odd little tile in the pavement which turned out to be a ‘conduit pipe marker’ for St John’s Conduit (which, subsequent Googling revealed, transports water from a spring on Brandon Hill to that faucet on Nelson Street – which I didn’t know either).

And that’s not to mention overhearing bizarre snippets of conversation, wondering whether the 3pm bus from Skopje to Sofia’s been reinstated (long story), remembering that a friend’s birthday is coming up, finding a stone in my pocket which I must have picked up on holiday, toying with phrases to slip into this column …

None of this is particularly significant in its own right, of course, but it all feeds into the mix. It’s all stuff. The mental equivalent of the mysterious bits of moulded plastic and surplus nuts and bolts that get kept in a drawer in case they come in handy one day. Just as, in fact, they have here.