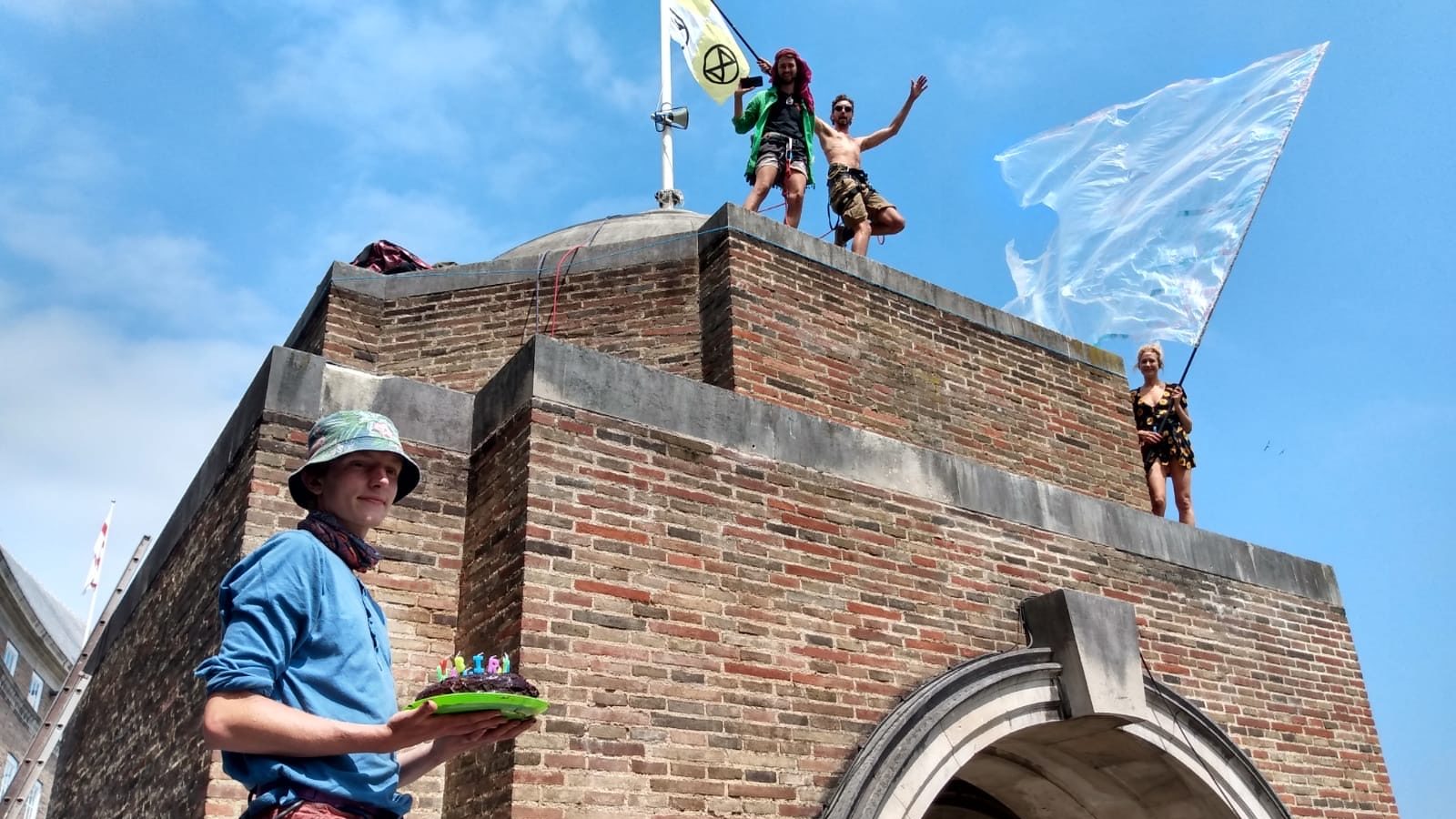 Arlan Jones celebrated his 21st birthday on Friday rather unconventionally. He is among the group of protesters on top of the roof of City Hall.

The environmental science student is one of the five Extinction Rebellion activists who are demanding that Bristol City Council commit to ensuring legally clean air across the city by April 2021.

A birthday cake was passed up to them to celebrate Arlan’s big day on Friday.

Arlan called spending his birthday on the roof “pretty interesting” and said that he had enjoyed the “positive encouraging comments”, including from council employees. 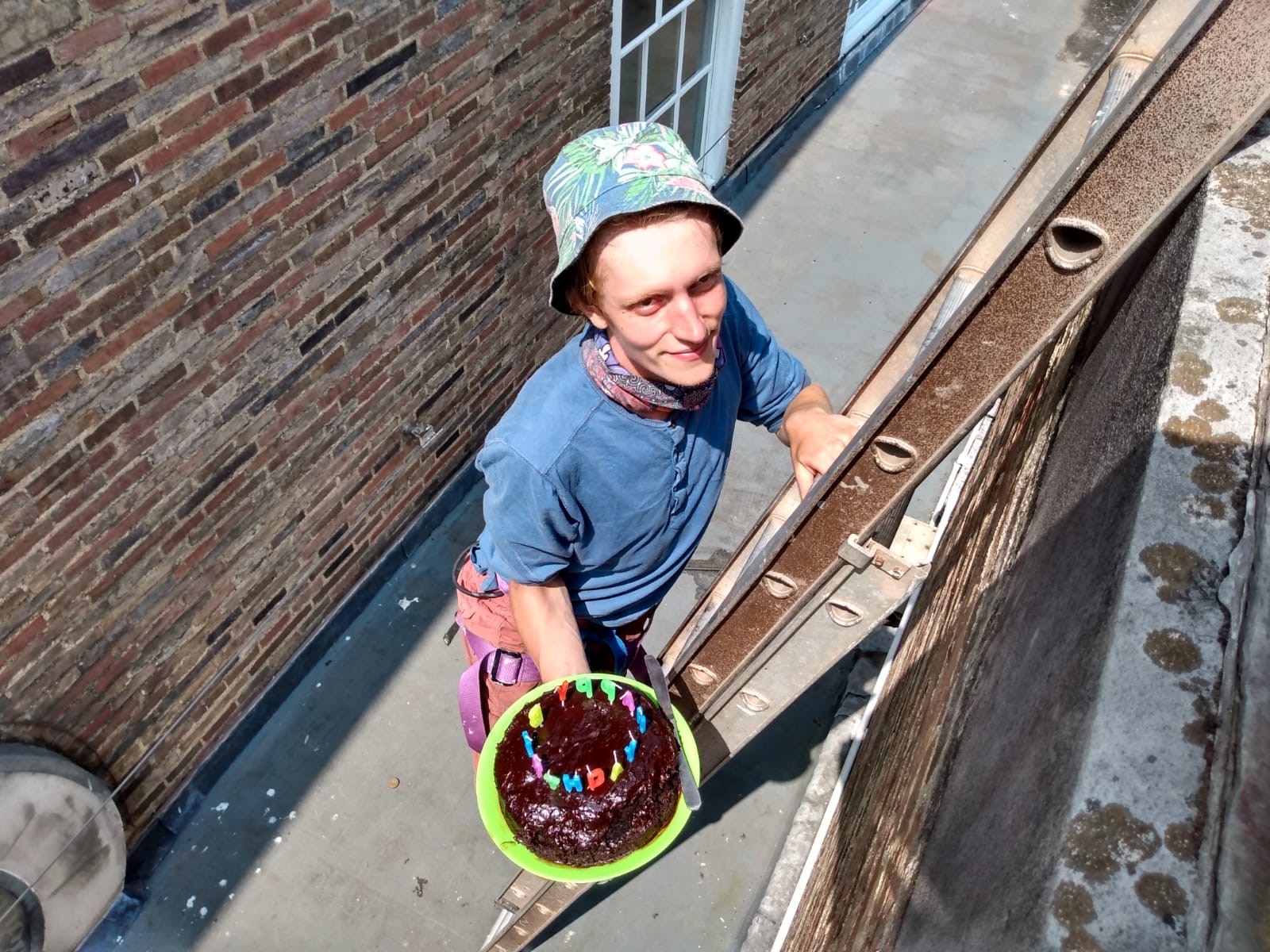 “Within politics, there’s a lot of issues,” Arlan told Bristol24/7 on the phone on Friday.

“They have a lot of pressures from various interest groups, and we’re here to represent the people and the things that really matter, which is the air that we breathe.

“We all breathe air. It’s not our air – it’s not just us five breathing it – it’s everyone in Bristol city’s air.”

Arlan says he hopes to come down “before my 22nd birthday, but hopefully a lot sooner than that”.

The five activists are offering to come down once Bristol City Council responds to three questions:

Asked what his friends or family thought of his current whereabouts, Jones said: “Oh, I didn’t tell any of them – they know about it now, but I hadn’t spoken to them.”

Some of his friends and family were not surprised: “Yeah, a lot of surprise, some also not surprised and that’s hilarious – my housemates because I have built this bamboo car which I cycle around Bristol.

“Again, I talk about clean air and particularly space for cyclists during Covid. And, so I’ve just got this bamboo car parked outside my house. So my housemates are just not surprised.”