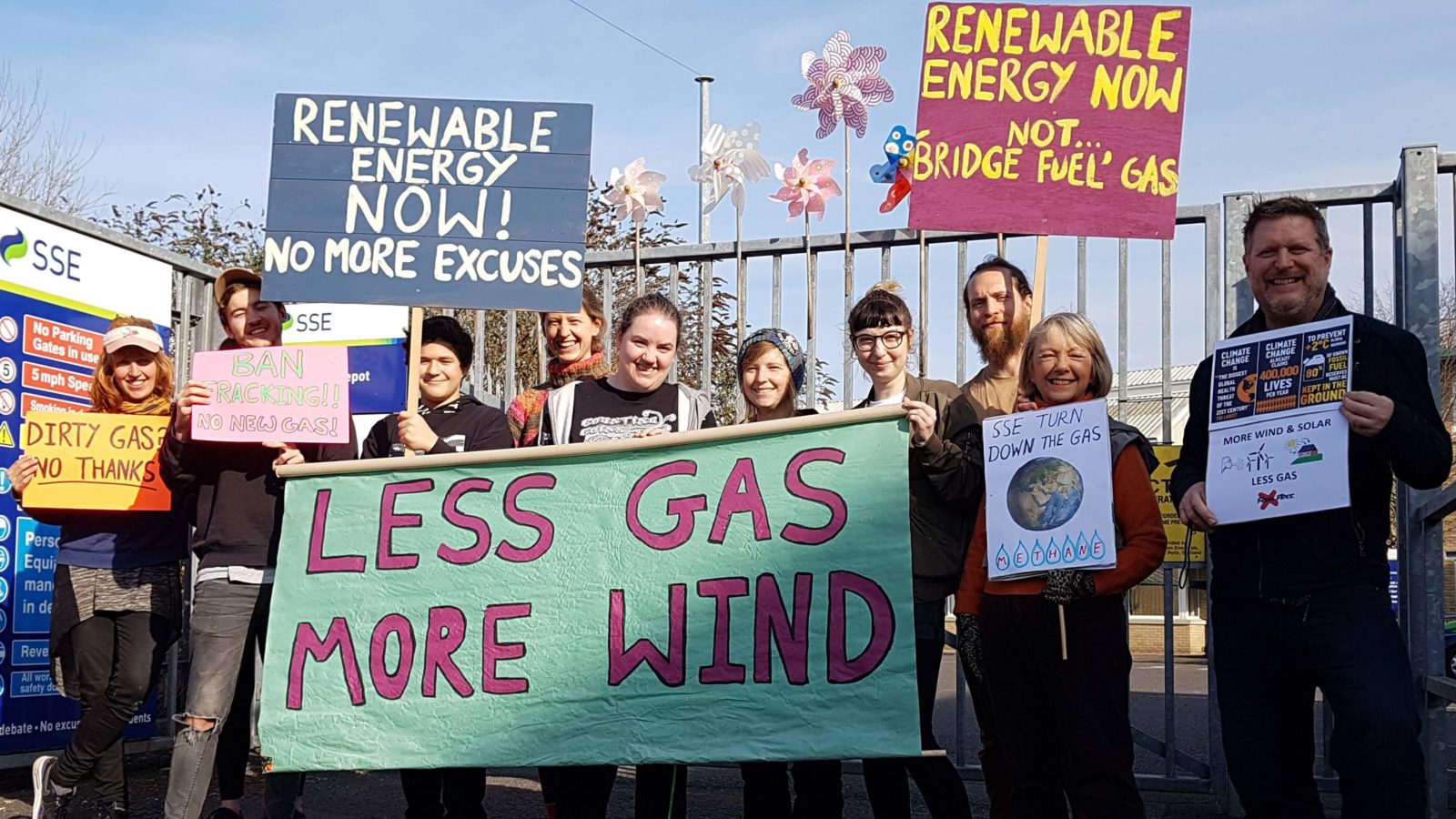 Campaigners gathered at the tall metal gates, clutching homemade placards in a demonstration against the company’s plans to build new gas-fired power stations in England and Wales.

The protest, organised by climate action group Bristol Rising Tide, then made its way through St Philip’s to the site where a separate firm Conrad Energy has submitted plans for a gas-fired power station – more than 235 people have objected to the proposals. 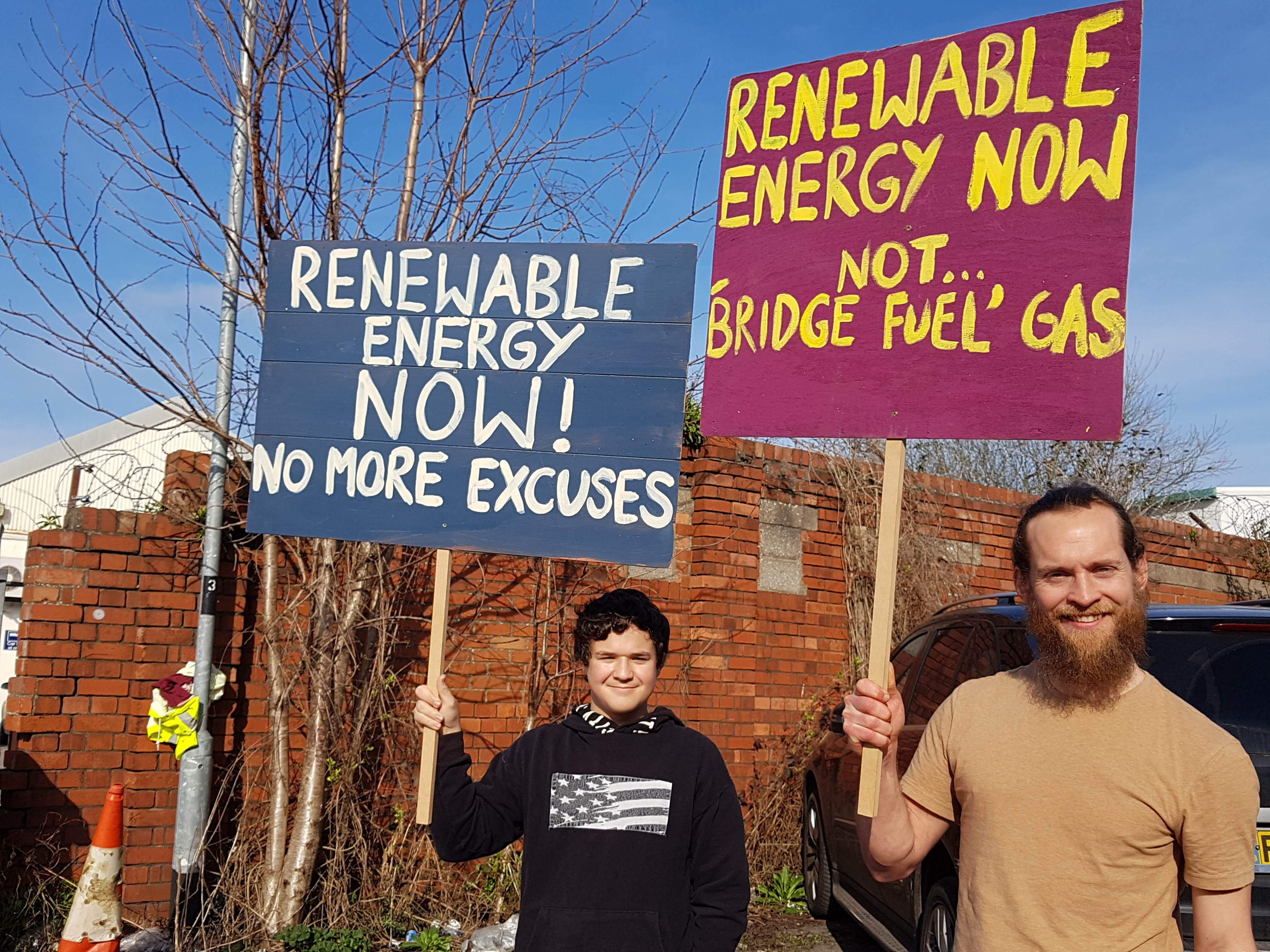 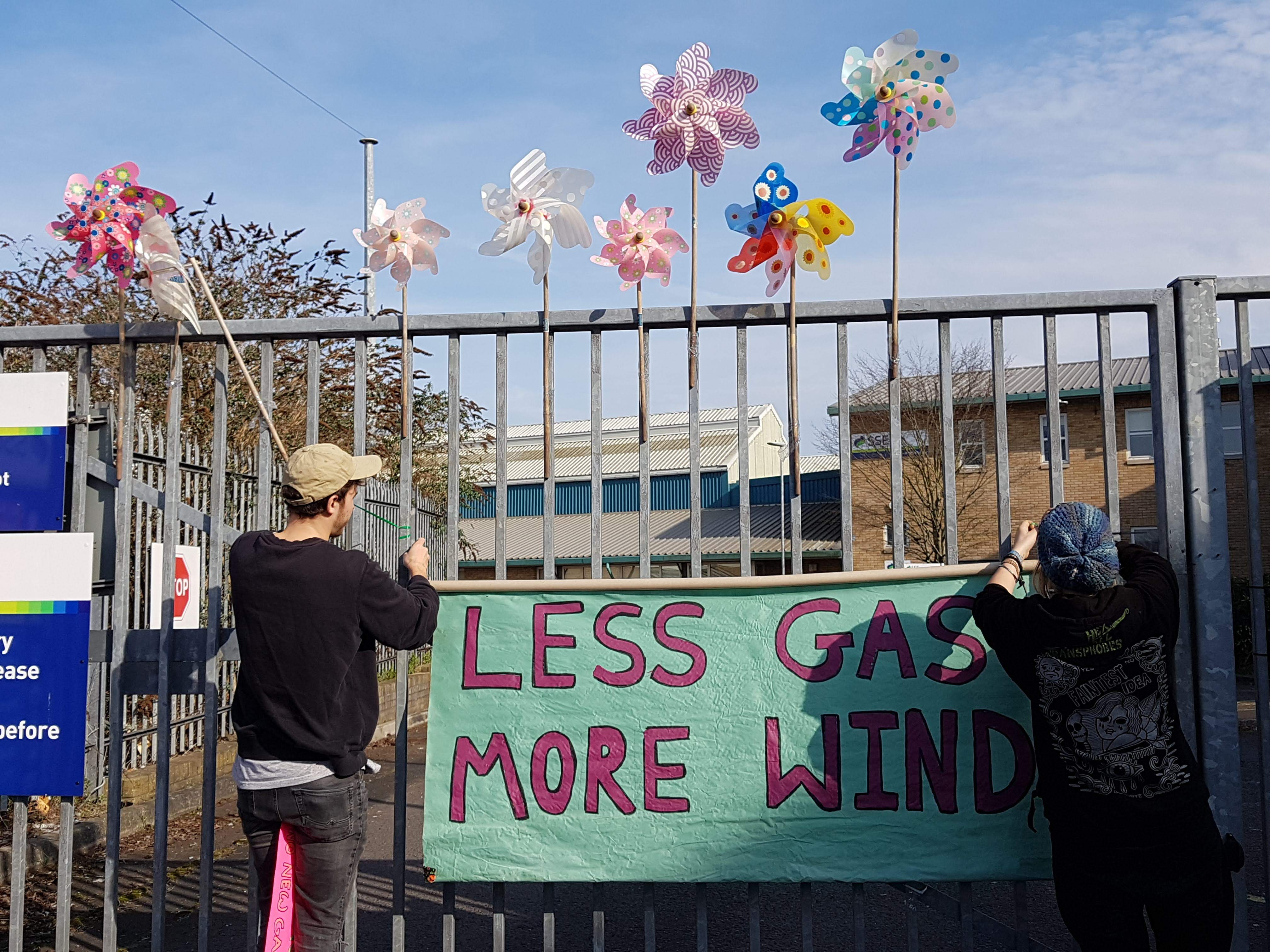 The group gathered outside the SEE in St Philip’s

“Big energy companies like SSE are demanding public money to build expensive new gas-fired power stations. This is bad for the climate and bad for our energy bills,” said Laurie Underwood of Bristol Rising Tide.

“If the UK is to meet its climate targets following Paris 2015, then we need to halt the development of these new gas plants, which would lock us into decades of further greenhouse gas emissions.

“Gas is an expensive means of energy production. Large gas power stations are expensive to build; a cost which is borne by the taxpayer and passed on to the consumer through higher prices. This is not a cost that we are prepared to accept.” 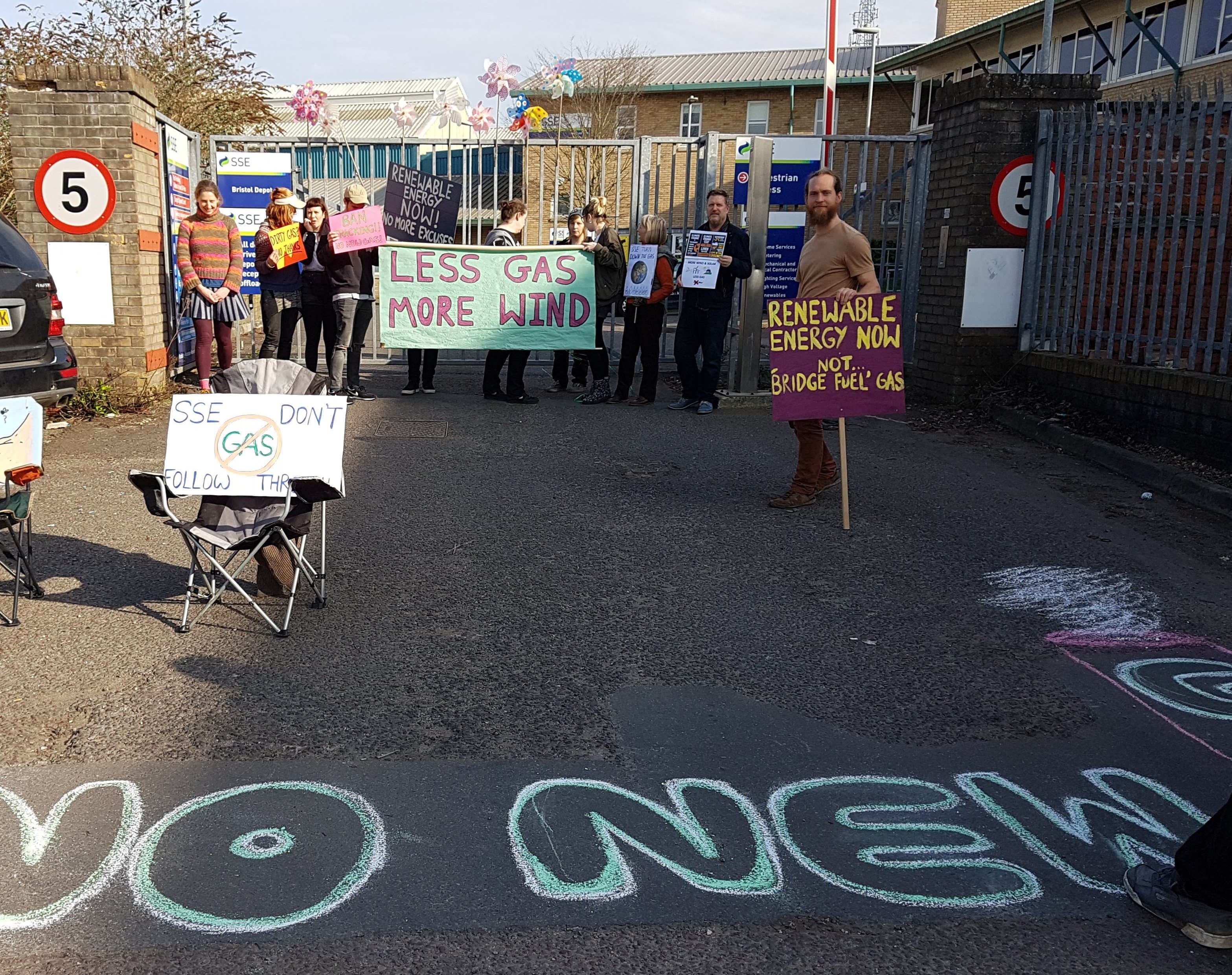 The protesters gathered with placards, art, cakes and fruit

Residents Against Dirty Energy (RADE) and the C.H.E.E.S.E. Project (Cold Homes Energy Efficiency Survey Experts), which helps Bristol residents increase the energy efficiency of houses, were also at the protest.

Stuart Phelps from RADE said: “It’s about time large energy companies, and speculative developers realised that the public no longer believes their scare stories, the lights won’t go out, and we don’t need to pollute the world to keep them on. Renewable energy is replacing fossil fuel generation.”

SSE is planning to build three new gas plants: Keadby 2 in Lincolnshire is already under construction and two further plants for South Wales and West Yorkshire are in the planning stages.

The company claims new, flexible gas generation is needed as the UK moves away from coal and integrates more renewable generation into the power grid.

“SSE’s Keadby 2 project will be the most efficient and clean gas-plant in the UK and will provide firm, reliable power from the early 2020s at half the carbon emissions of the coal generation it is replacing and will complement the large volume of renewables the UK needs to meet its low carbon targets.” 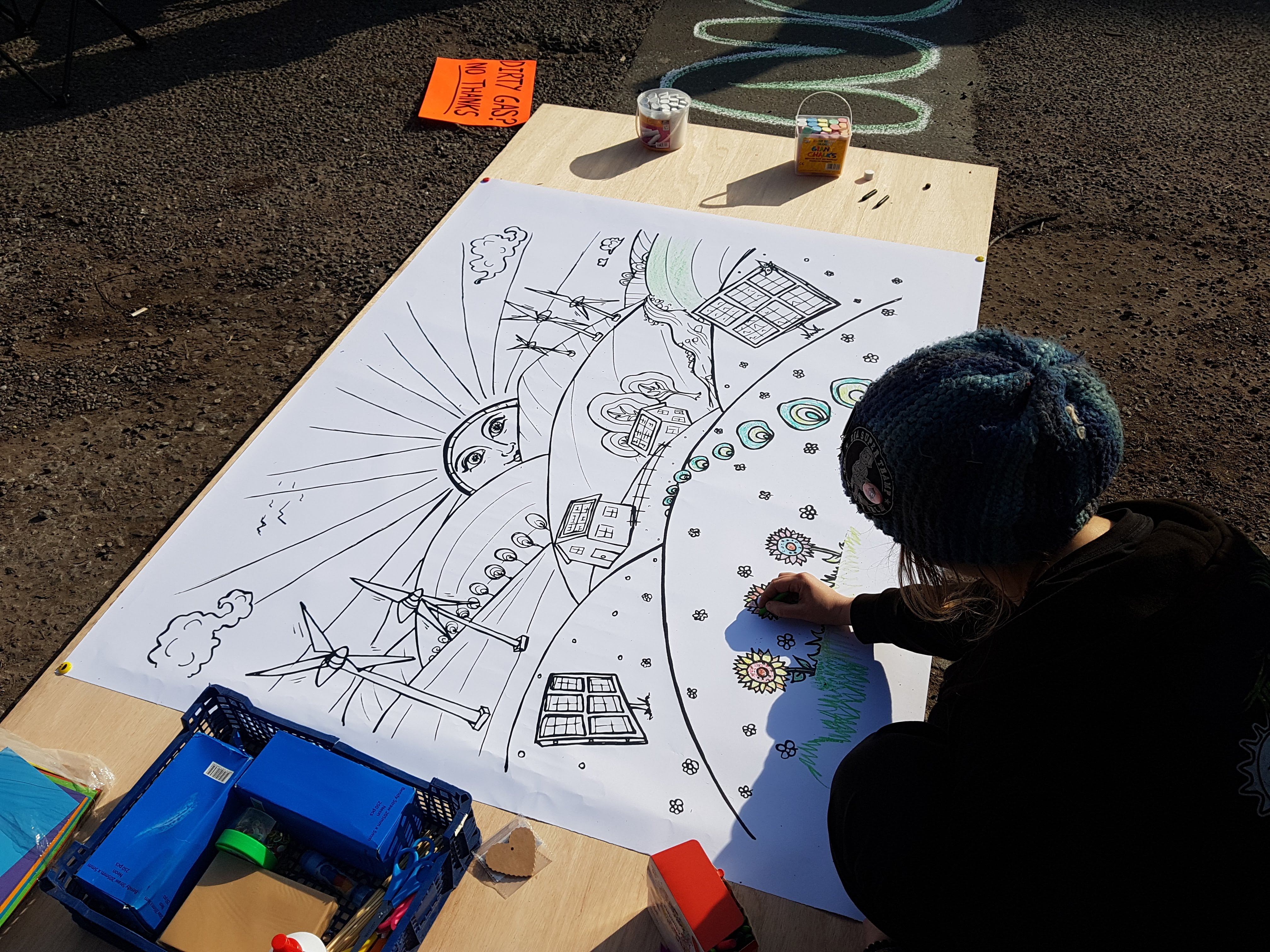 Campaigners are calling for wind power not gas

The protest was part of a national day of action against fracking and new gas coordinated by environmental justice group Reclaim the Power.