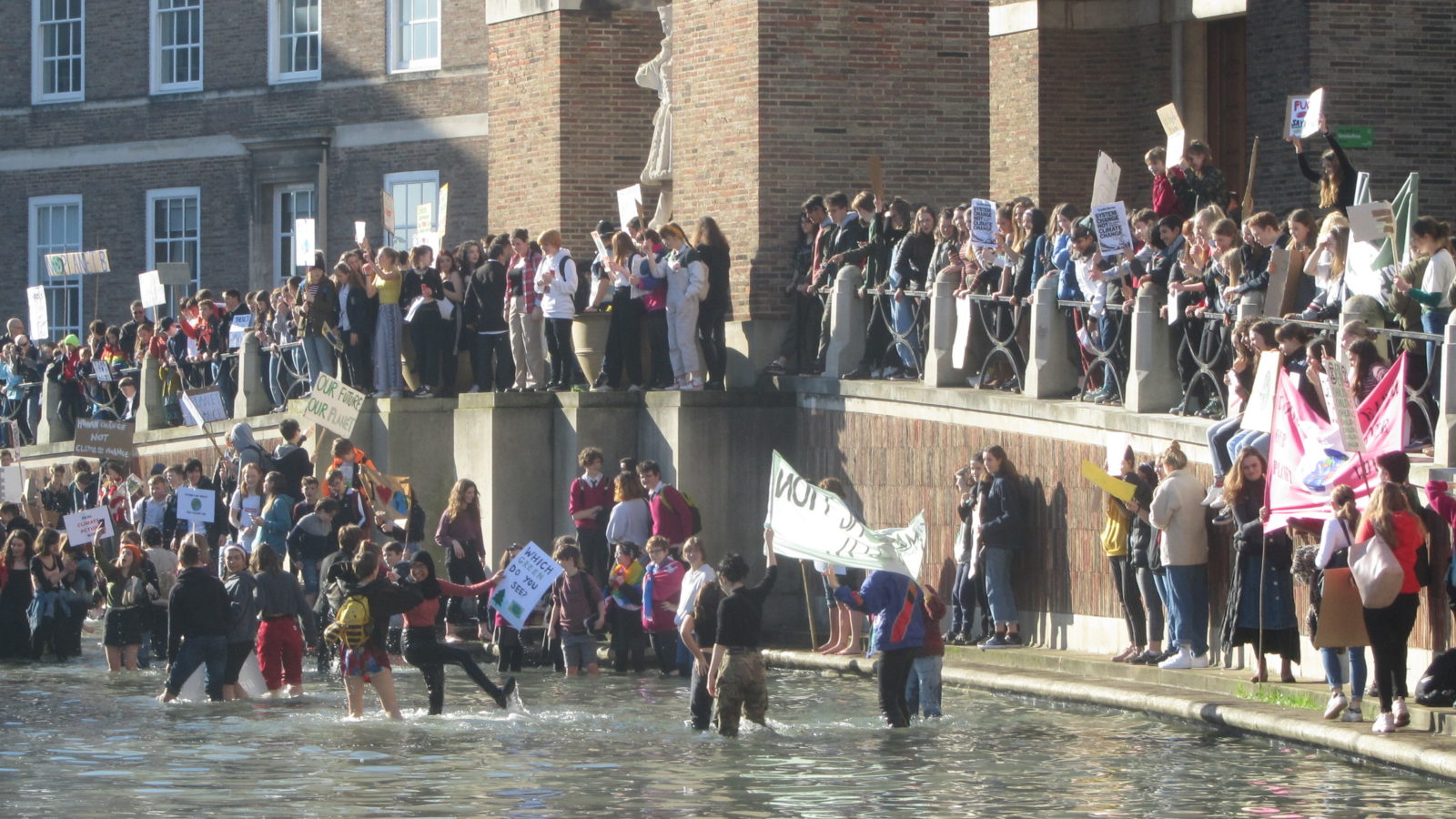 Hundreds of schoolchildren gathered on College Green on Friday as part of a global campaign for action on climate change.

The ‘strike’ saw many of the young protesters take to the water in front of City Hall and others blocking traffic. Stirring chants of “climate justice now” filled the air as the schoolchildren proudly waved an array of homemade flags and banners.

The protest was part of Youth Strike 4 Climate demonstrations taking part in more than 60 towns and cities across the UK.

Several thousand students have left classrooms to join the #ClimateStrike in #Bristol pic.twitter.com/PwJcEx4a0T

Inspired by the actions of 16-year-old Greta Thunberg in Sweden, schoolchildren across the world are demanding that politicians make real aims to confront the emergency of climate change.

Lizzy, a secondary school student, added: “We want the government to see more change and how important it is. If something doesn’t happen soon, there’s going to be massive problems later on.” 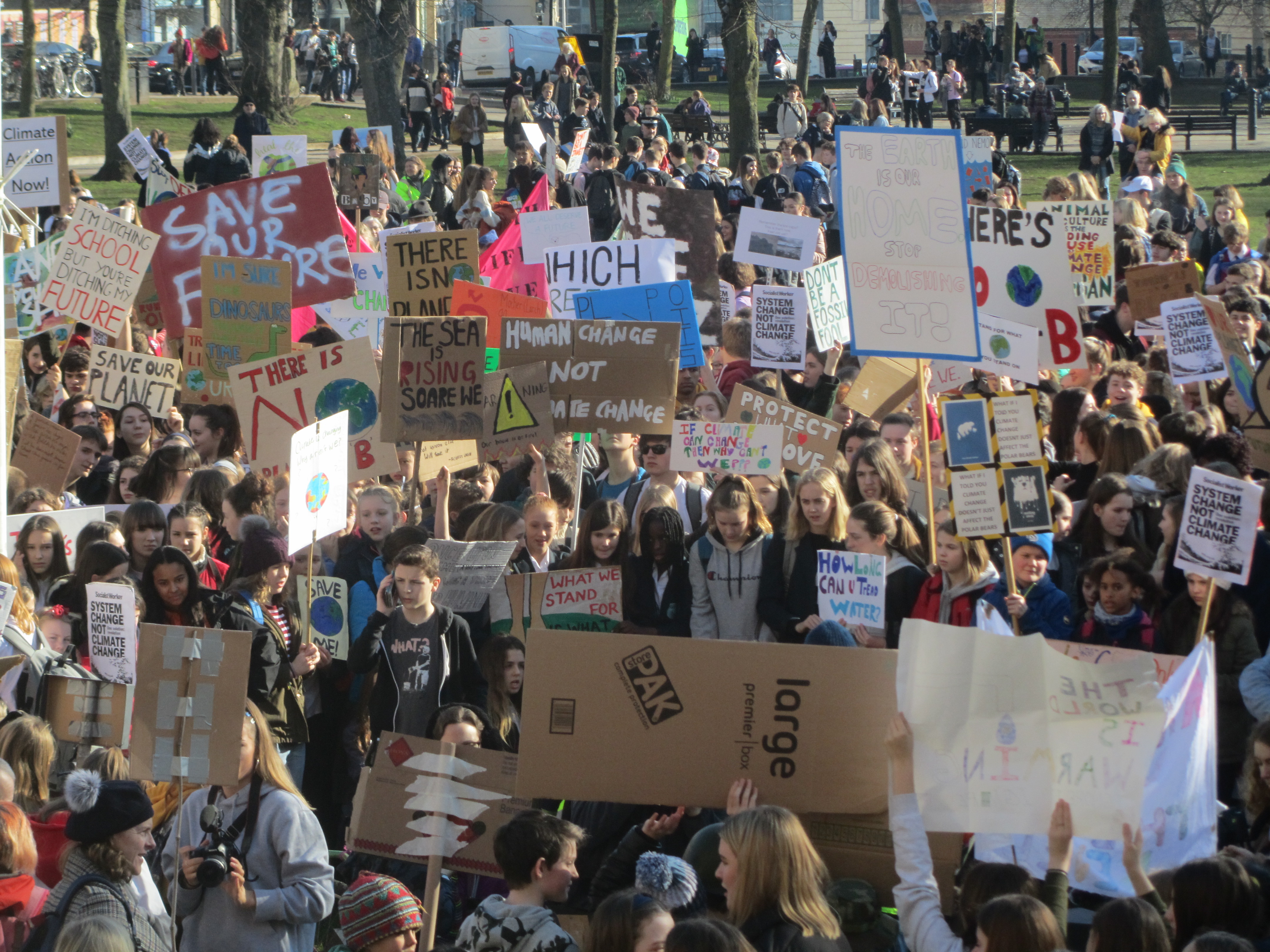 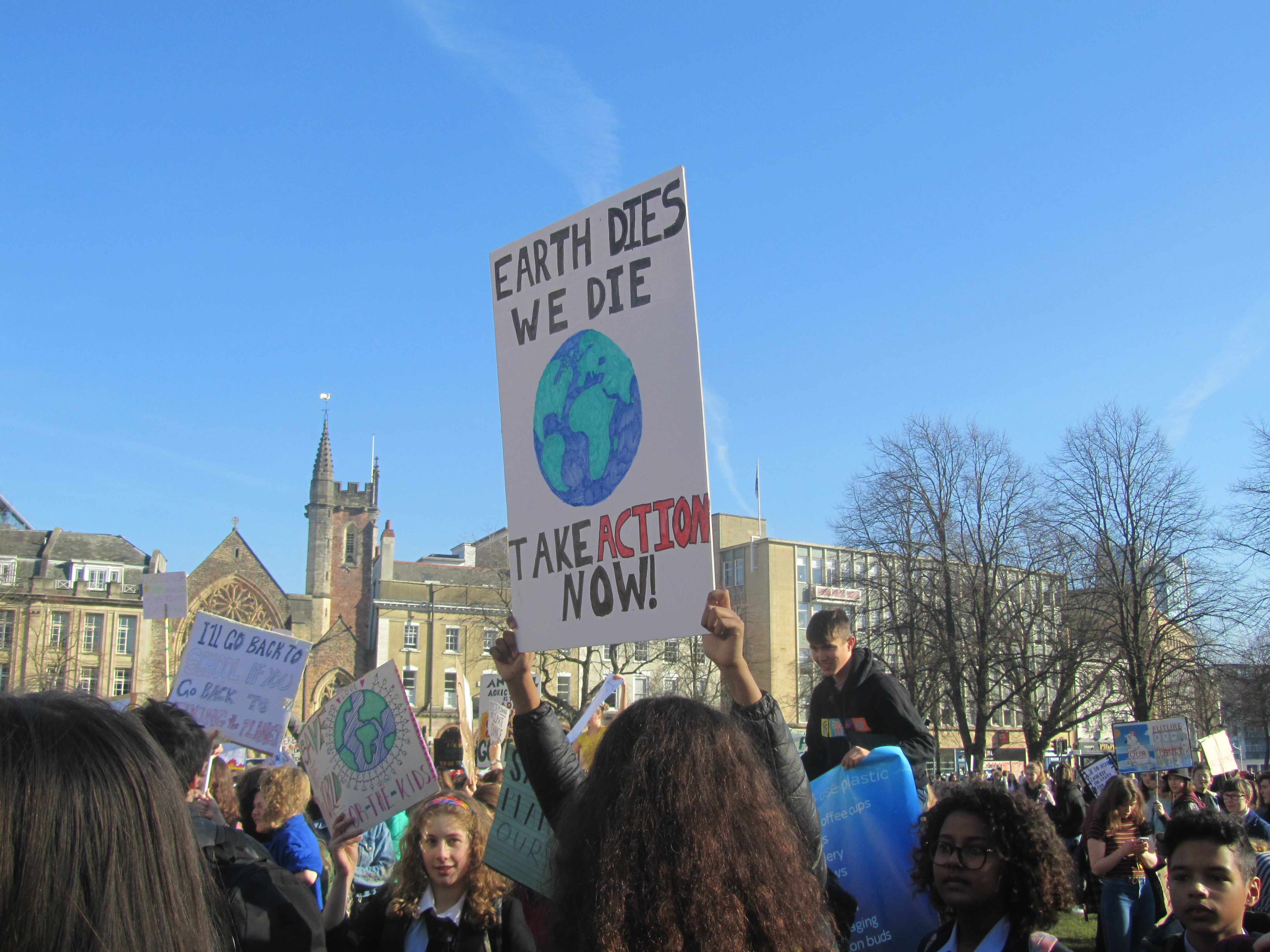 Many protesters had created homemade banners 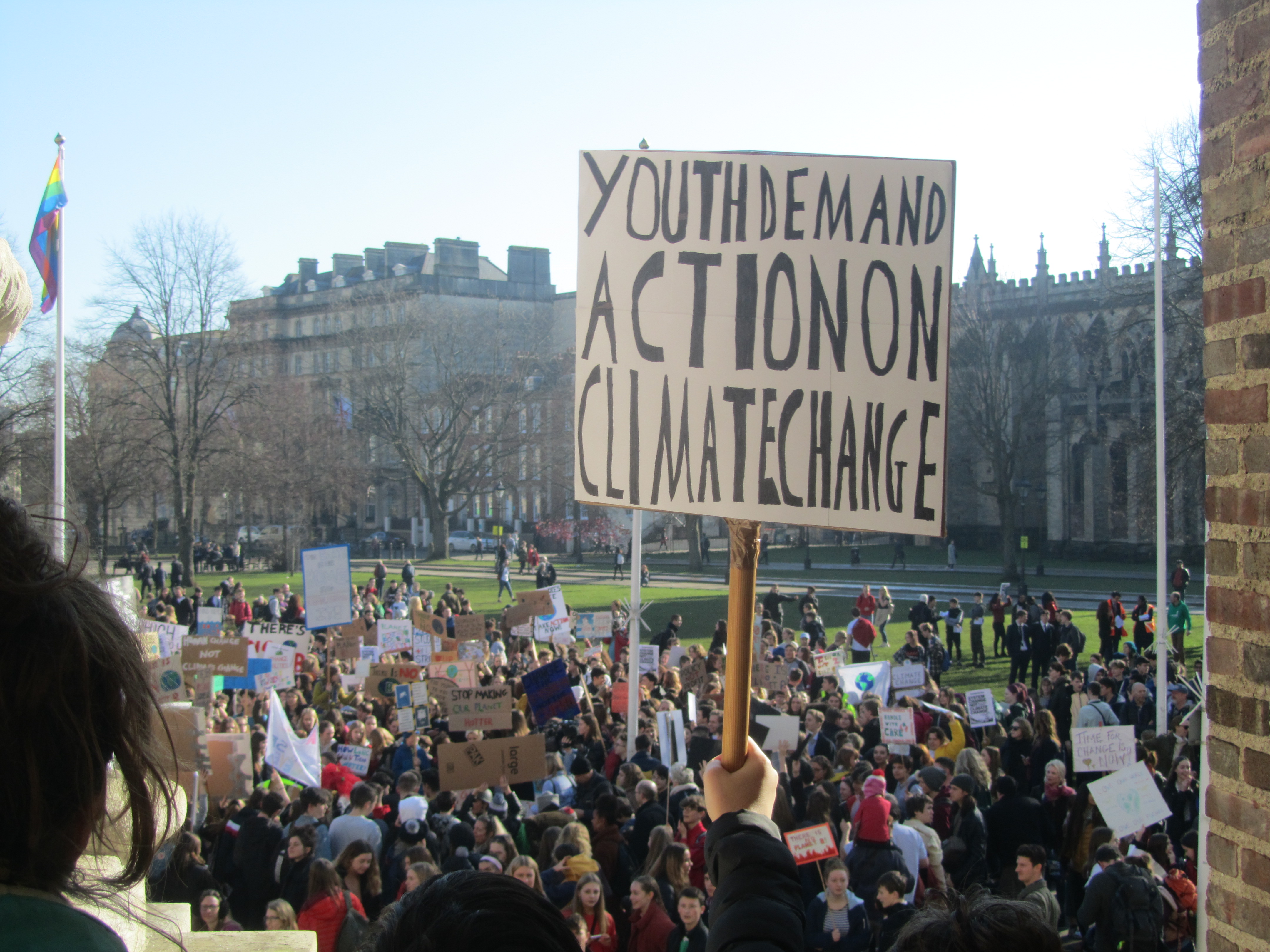 The protesters gathered outside City Hall 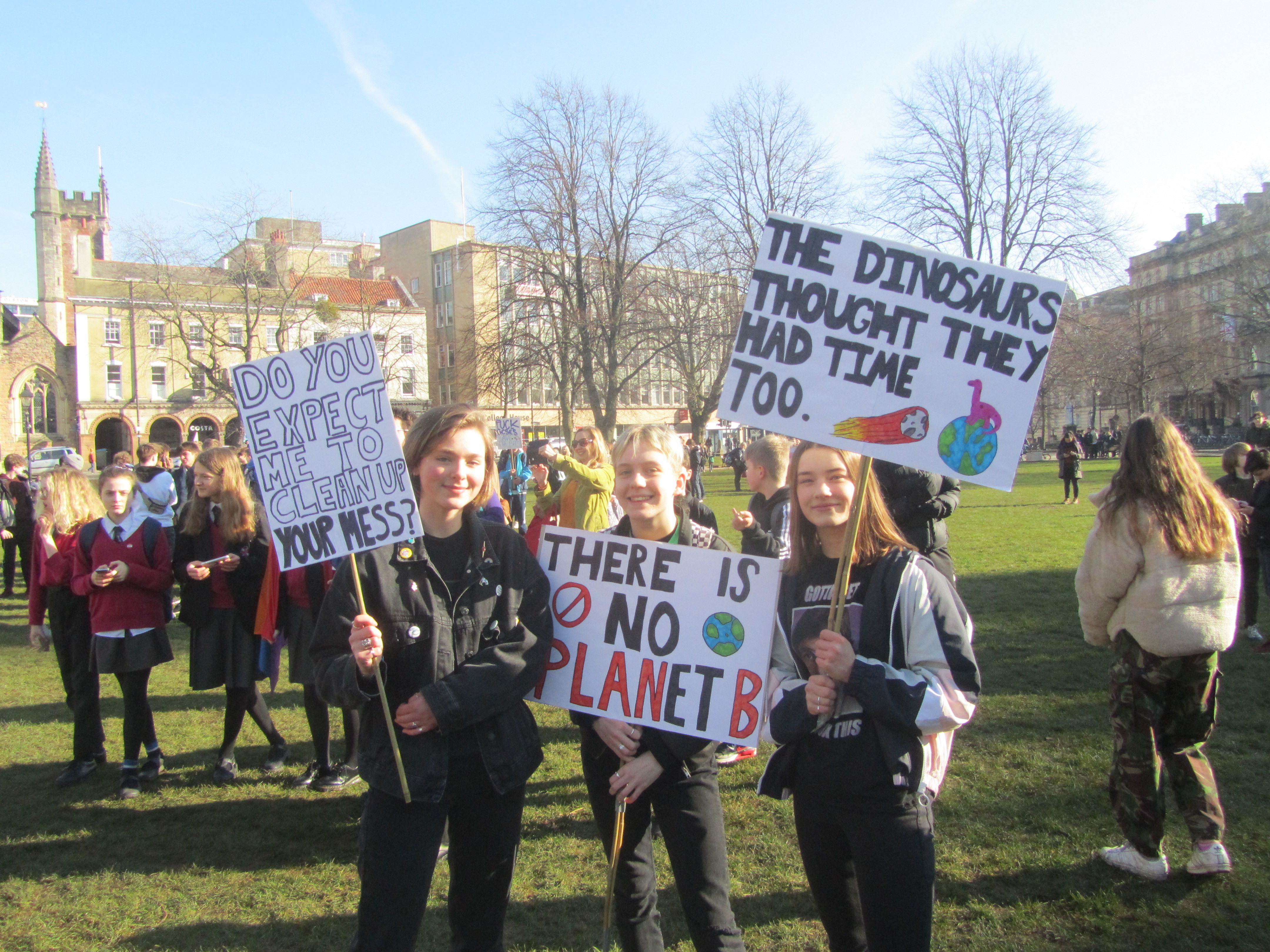 It was the first protest for many of the demonstrators

In November 2018, Bristol’s pledge to become carbon neutral by 2030 gained unanimous cross-party support. Bristol is now committed to the most ambitious climate change target of all UK Core Cities.

The young people who came together on College Green on Friday had powerful opinions they wished to express to their local government.

“I’m striking because we are not actually taught anything about the environment at school really, and how it is actually dying,” said Kate.

Another 17-year-old added: “We young people must have a say in our future. It’s our country and our planet. One day one of us will be leading this country and we don’t want to clean up your mess.”

A parent of one protester  – who was only three – highlighted how the moment was almost bittersweet: “It’s very hard to explain to a three-year-old. She thinks that the people inside this building, the government, are going to be directly changed by this, and I really hope she’s right.”