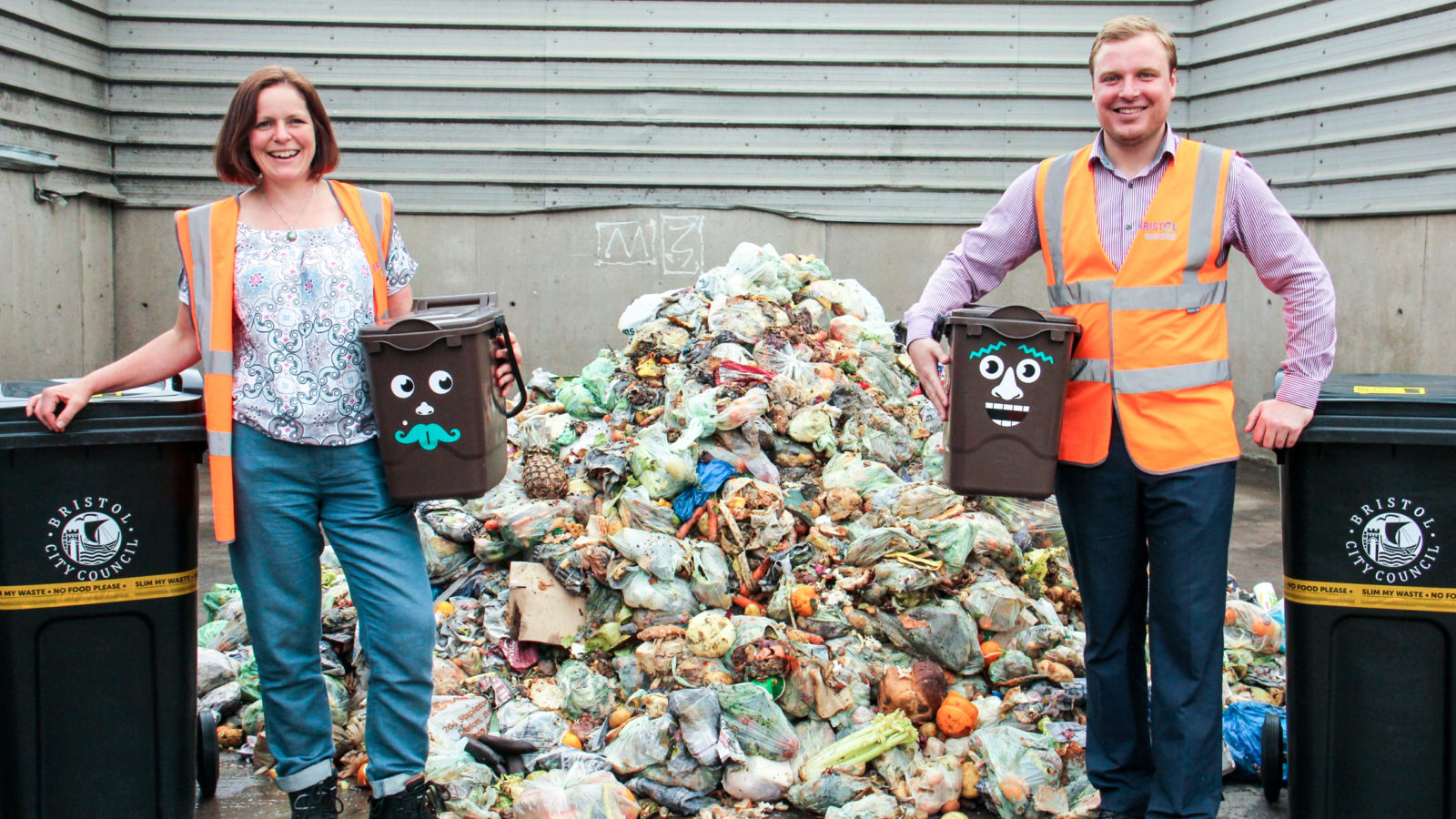 A mountainous heap of food remnants piled at Bristol Waste’s Albert Road depot represents the amount collected on any given day in the city.

Currently, the average Bristol household wastes £60 of food a month, which takes up around a quarter of their black wheelie bin space.

Bristol Waste has launched a campaign to change this, cut down on the quantities going into landfill and encourage people to recycle their leftovers instead – enabling them to be transformed into renewable energy, used to power homes across the city. 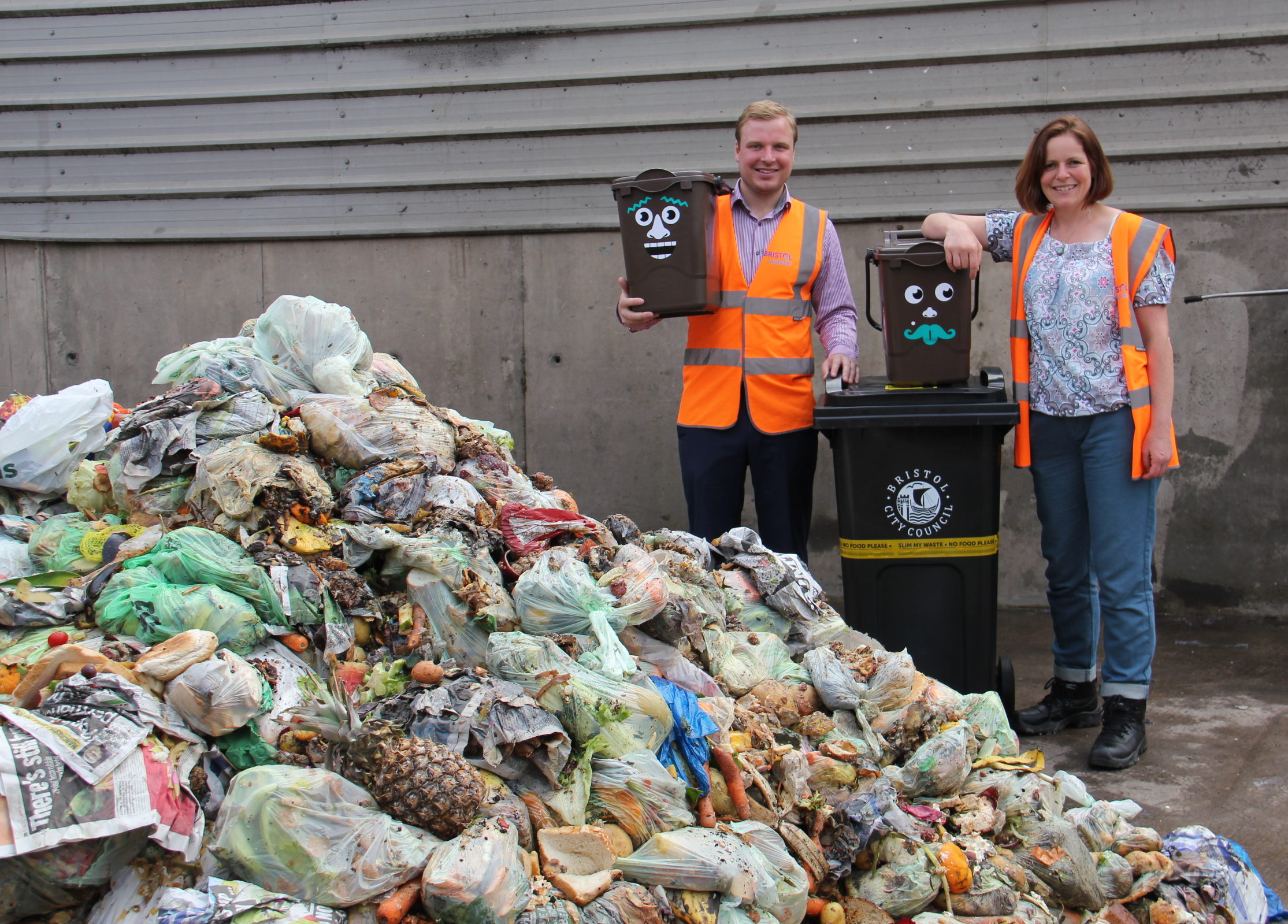 The ‘Slim My Waste – Feed My Face’ campaign launches citywide this week after a successful pilot in Hartcliffe. The premise is simple, residents are asked to put their black bins on a ‘no food diet’ and decorate their brown food waste bins with face stickers – depicting different personalities.

“By recycling your food, it avoids it being treated as general waste and instead it is transformed into renewable energy and bio-fertilisers for agriculture,” says Gwen Frost, business development manager at Bristol Waste Company. 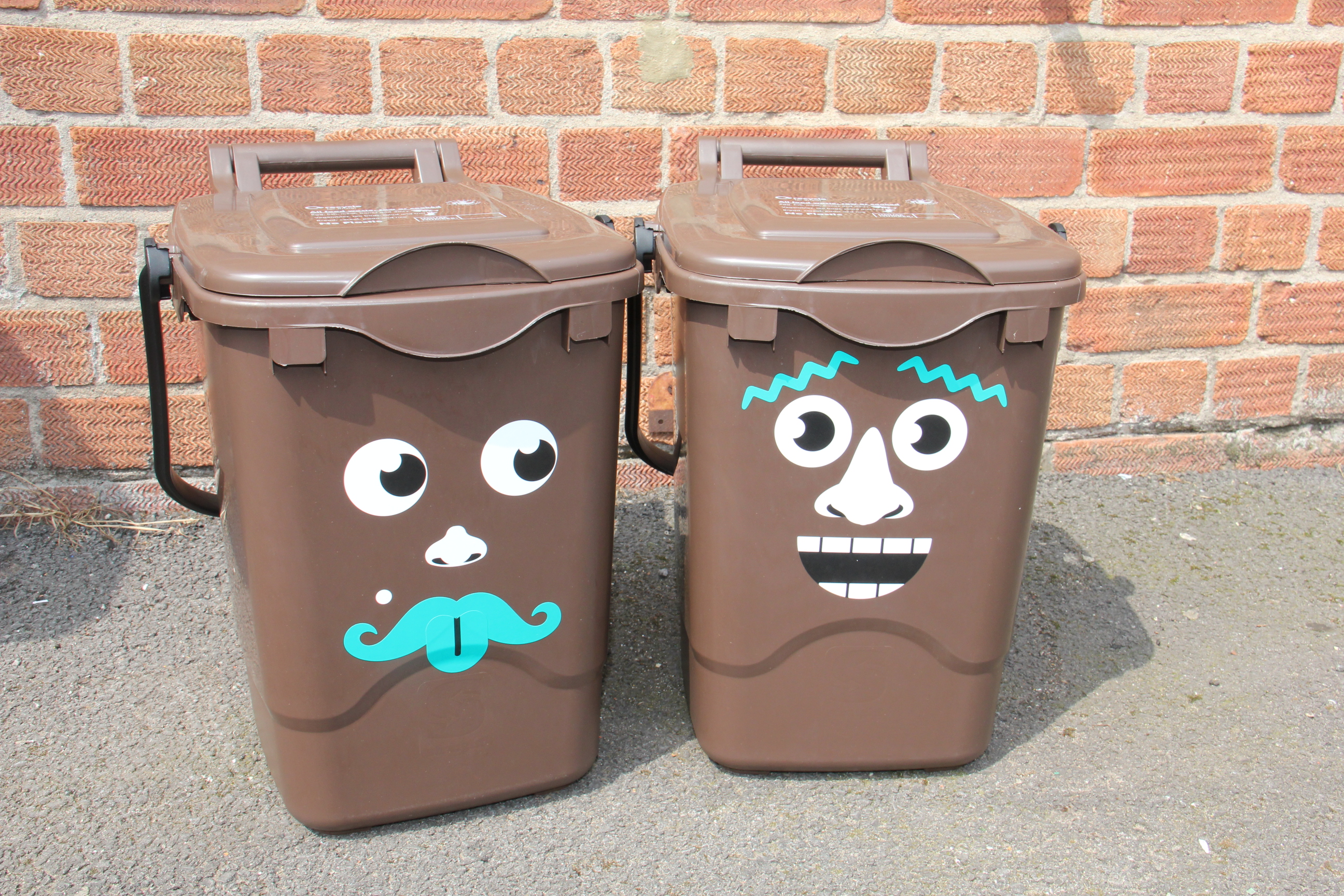 Bristol Waste bosses report that the pilot in Hartcliffe saw an 80 per cent increase in food tonnage collected in the area following the campaign, which included engaging schools and supermarkets.

On average, one person’s annual food waste can make enough energy to power an energy-saving light bulb for six months, a fridge for two months, a PC for three weeks and charge an iPhone 2,000 times.

On average, Bristol Waste collects 50 tonnes of food waste a day – which is delivered to the GenEco renewable energy company in Avonmouth to process into electricity, gas and fertiliser.

The energy currently produced from our food waste is enough to power Avonmouth.

The award-nominated campaign found that by comparing collection data from September 2017 and November 2017, there was a nine per cent increase in households using their brown food bins and a 10 per cent decrease of general waste in black wheelie bins. 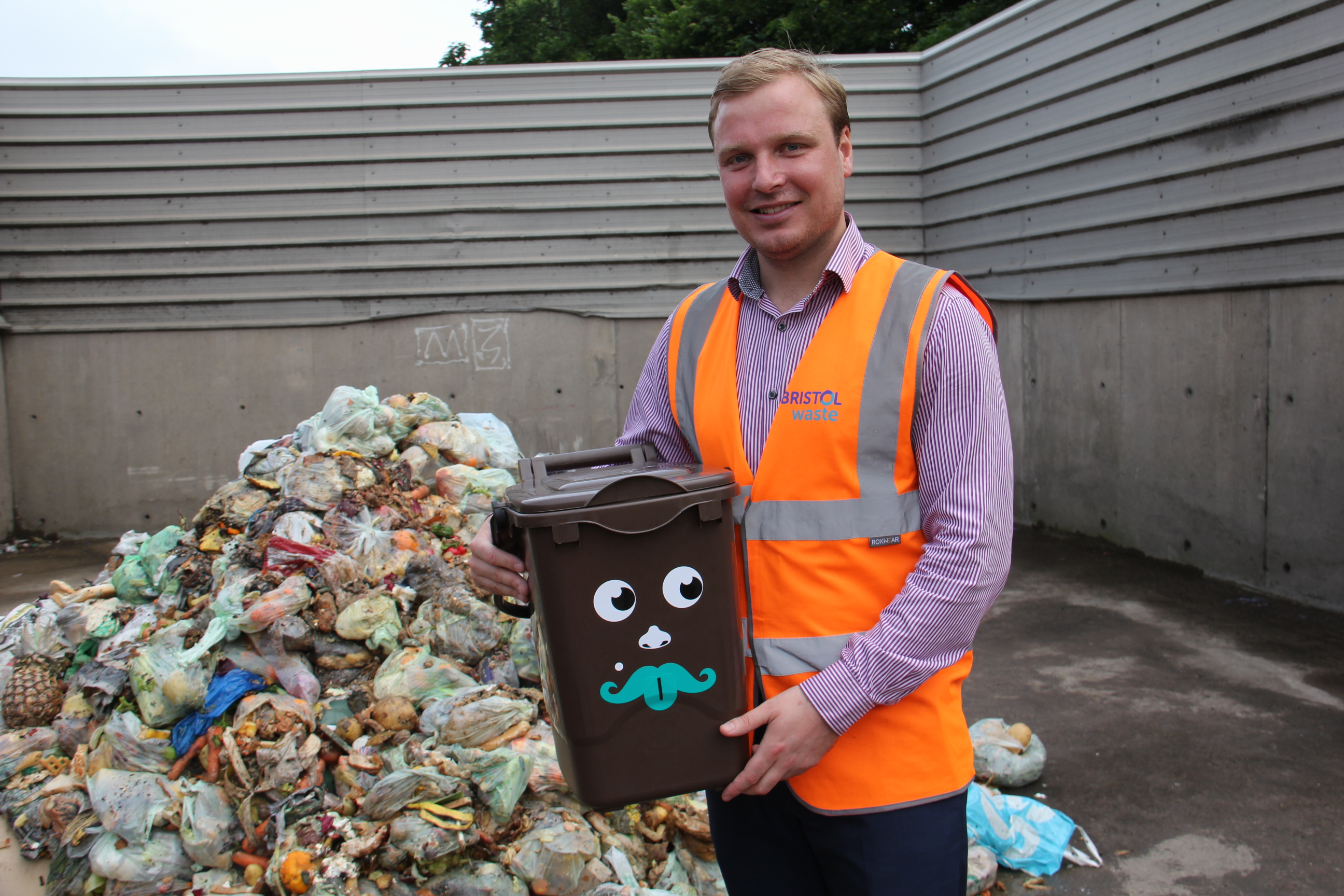 “Food waste recycling has fantastic benefits for both the city and for residents,” says Kye Dudd, Bristol City Council’s cabinet member for waste, energy and regulatory services. “After the incredible success of the trial in Hartcliffe, we’re all very excited to involve the whole city.”

Contrary to popular belief, GenEco can now handle food waste in ordinary plastic bags thanks to a recent equipment upgrade – the more costly compost bags are only needed for food that is composted. All plastics are removed from Bristol’s food waste to be recycled. 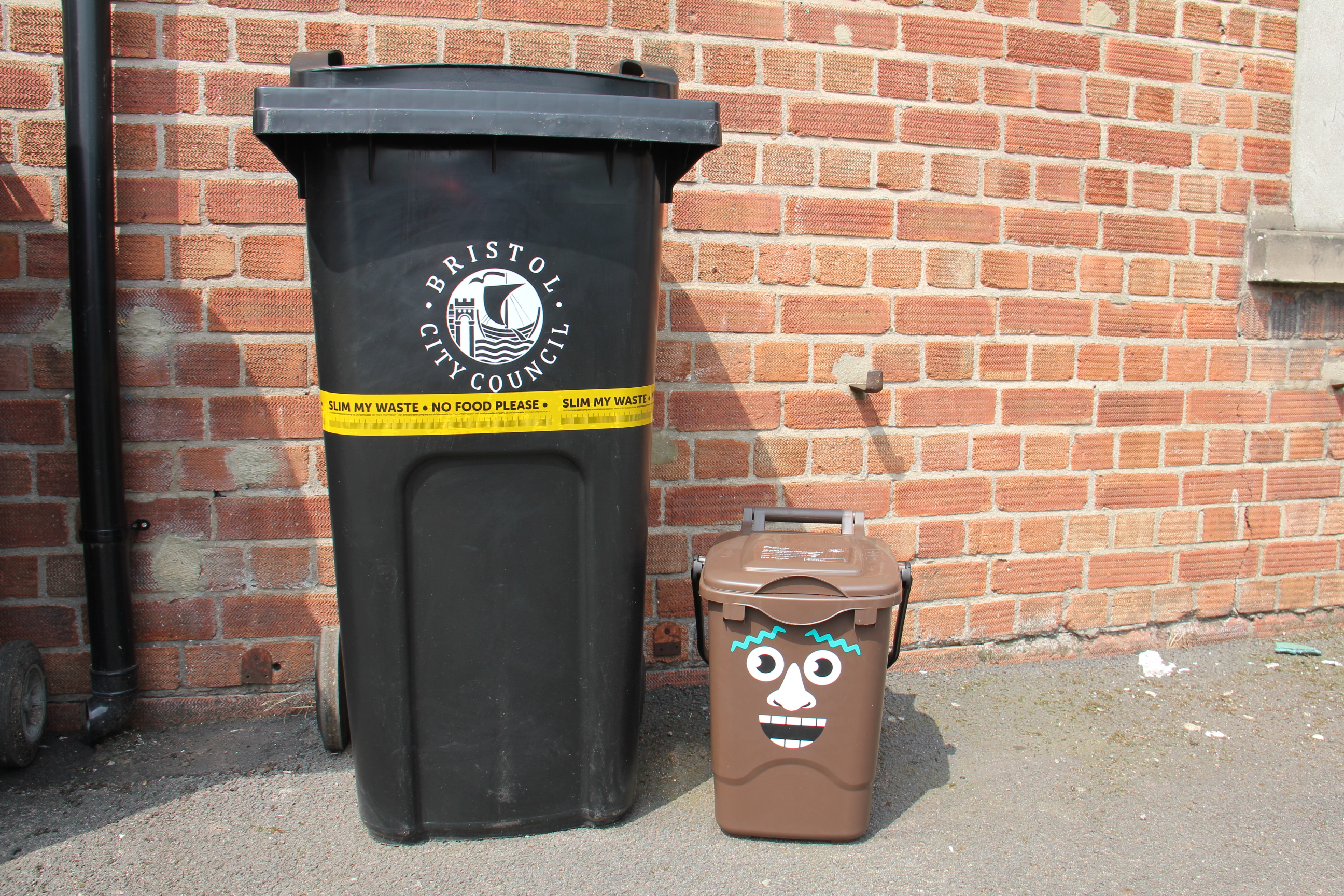 Residents who decorate their food waste bins can enter to win a weekly prize by sharing a picture of their creation on social media using the hashtag #FeedMyFace.

To help residents recycle their food waste, Bristol Waste is partnering with Co-op to help distribute bins to those who need them. Residents can reserve their bins online at www.bristolwastecompany.co.uk/feedmyface and collect them from their closest Co-op store.