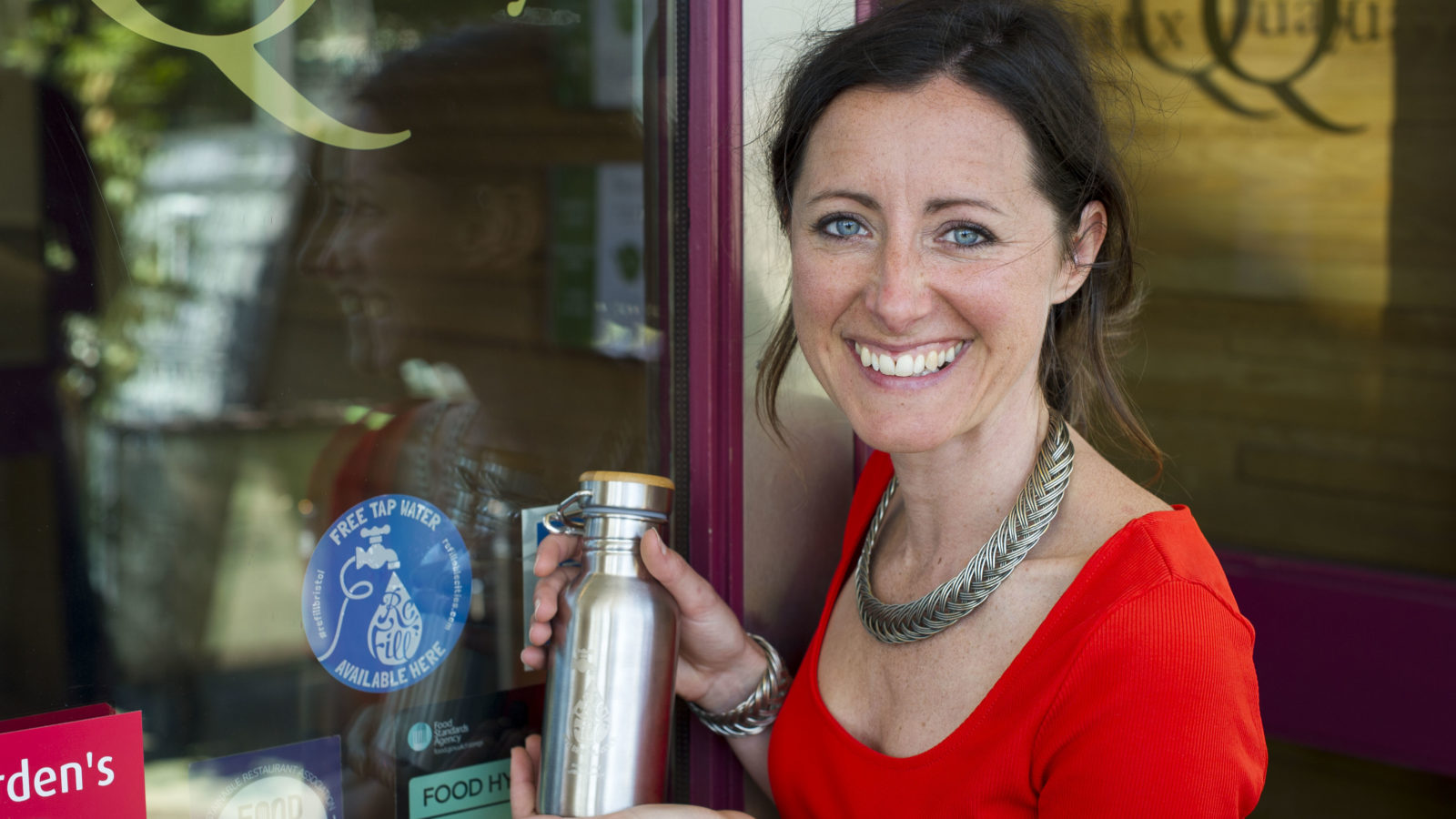 A campaign that launched in Bristol to cut down on plastic waste is now being rolled out across the UK.

The water industry has got behind a nationwide scheme that will enable people to refill water bottles for free in thousands of shops, cafes, businesses and organisations.

It is estimated this UK-wide drive will cut down on plastic bottles by hundreds of millions each year, with the added benefit of boosting hydration.

City to Sea, the Bristol-based organisation that inspired the UK-wide scheme, launched Refill in 2015 and in partnership with Bristol Water has seen it go from strength to strength. 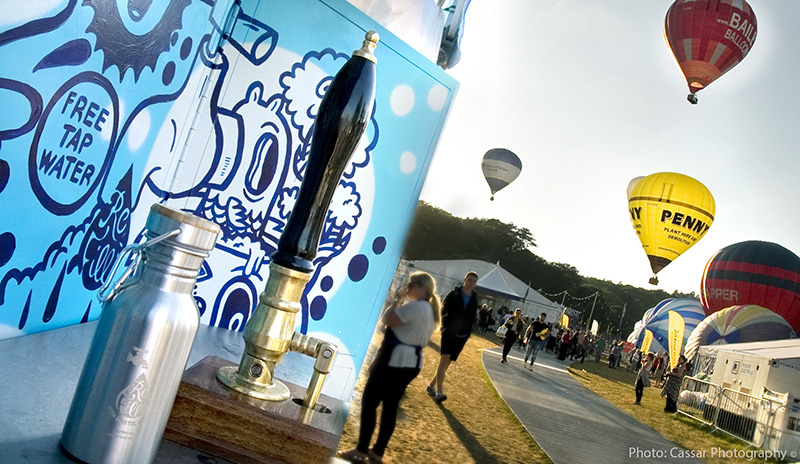 There are now more than 200 refill points available across the city and water bars, where people can get free tap water, are an increasingly familiar site at festivals.

“We’ve seen a huge appetite for our Refill campaign across England since we launched Refill Bristol in 2015, from individuals wanting to make a difference in their community, to national chains keen to offer free refills to their customers.

“Together with Bristol Water, we’ve shown just how effective a refill scheme can be when water companies support the initiative. So now thanks to the water industry we’ll be able to help everyone, from local communities to airports, to provide free refills on the go.”

Refill Bristol has estimated that if every Bristolian refilled a bottle once a week instead of buying a single-use plastic bottle, the city would reduce its plastic bottle consumption by 22.3 million a year.

Extended across the country, this could lead to a reduction of hundreds of millions of bottles going into waste every year.

Following the success of the scheme, Bristol Water is committing to installing more water fountains around the city. 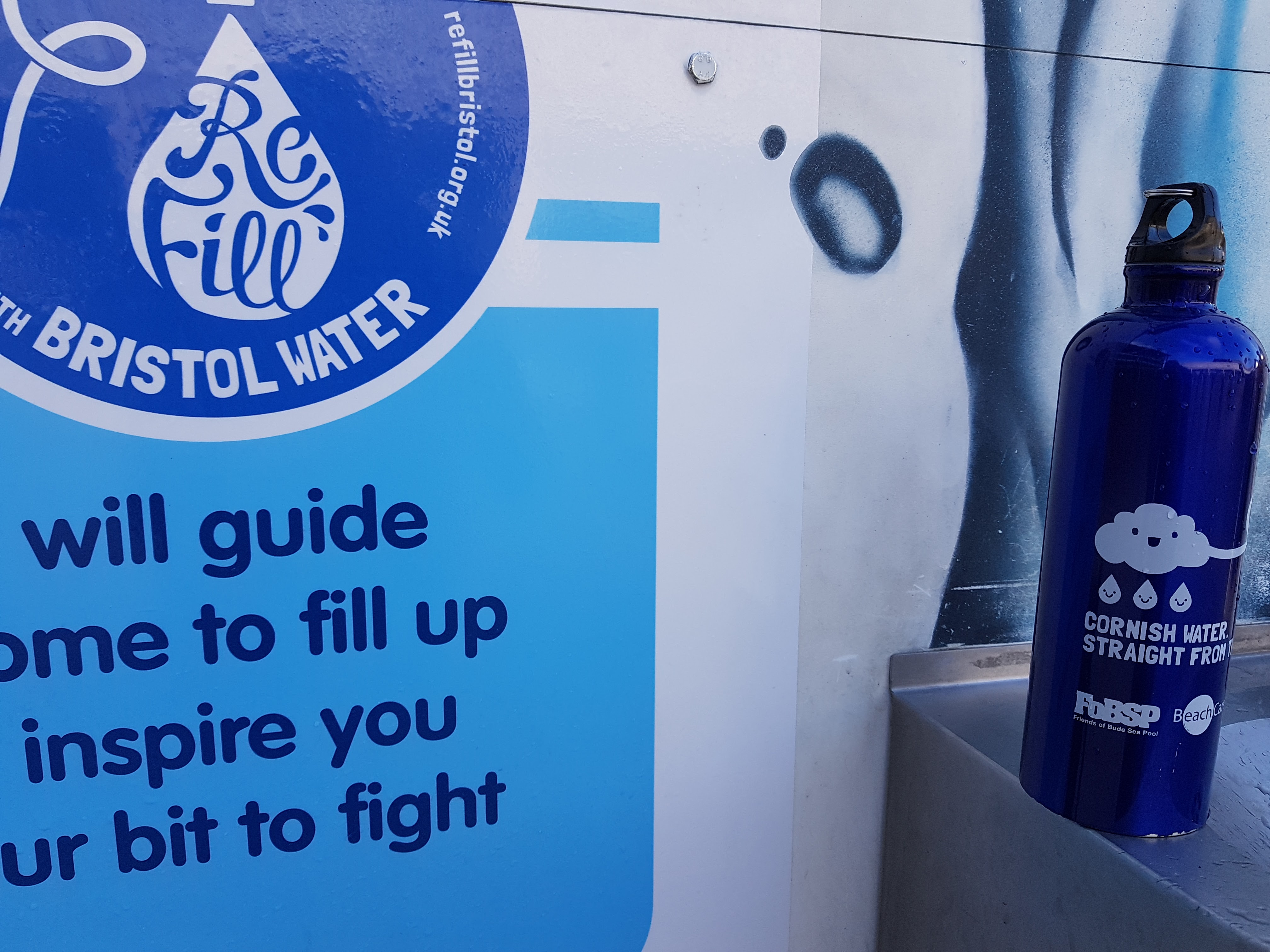 The Refill point in Millennium Square

The company’s chief executive, Mel Karam, says: “Refill is a fantastic campaign which is simple and practical scheme that everyone can get involved in.

“We, at Bristol Water, are proud of our partnership and pleased to see the new national scheme. Important to the success of the scheme is access to drinking water, that’s why we have installed two water fountains in Bristol and we are committing to more in the next year.”

Nationally, the aim is to ensure people can refill water bottles in every major town and city across the UK by 2021.

People will be able to use an app on their phone to find out where the nearest refill point is, or look out for special signs in shop windows.

As well as being able to get drinking water from shops, cafes and businesses, some water companies are looking at installing new public drinking fountains and restoring some historical ones which have fallen into disuse.

The first business to join the national drinking water scheme is Whitbread plc, which has pledged today to offer free drinking water for customers and passers-by in each of its 3,000 Costa Coffee and Premier Inn locations from March 2018.

Water UK chief executive Michael Roberts says: “As an industry with a strong focus on the environment, we are passionate about tackling the problems caused by plastic bottles, which clog up rivers and drains, and pollute our seas.

“By refilling water bottles, we can all help turn this harmful tide of plastic waste.

“This country has some of the best drinking water in the world and we want everyone to benefit from it.”