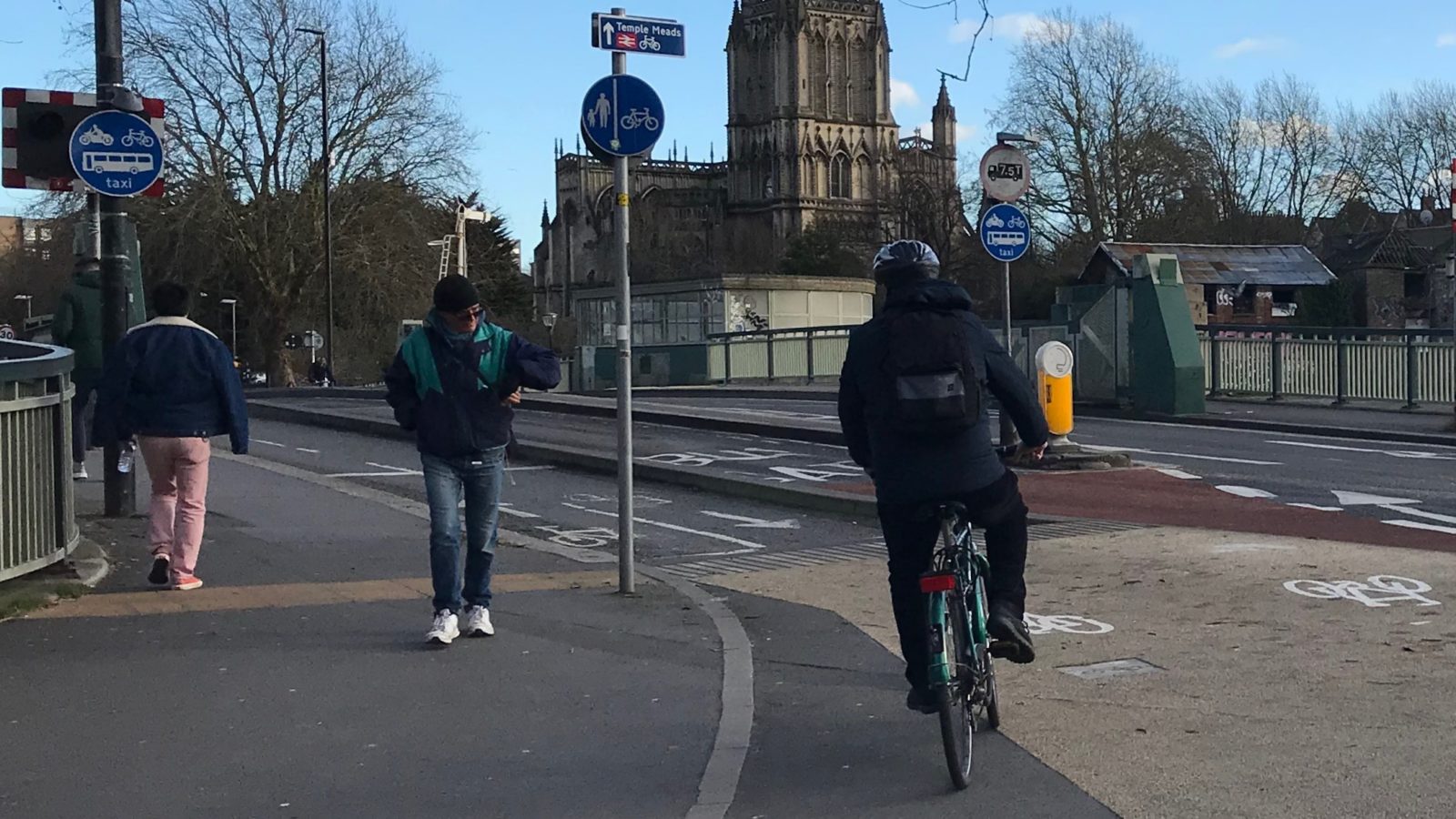 If Bristol was to double our rate of cycling every eight years, the city would be on a par with world leading cities such as Amsterdam and Copenhagen in terms of the numbers of cyclists on the streets.

At this rate by 2040, cycling trips on average in Bristol would increase from 1.1 to 8.9 trips per person per week.

It is an ambitious target but sustainable transport charity Sustrans in their new report, Transforming Cities: The potential of everyday cycling, have calculated that at such a rise, the total economic benefit to Bristol would be £4.6 billion. 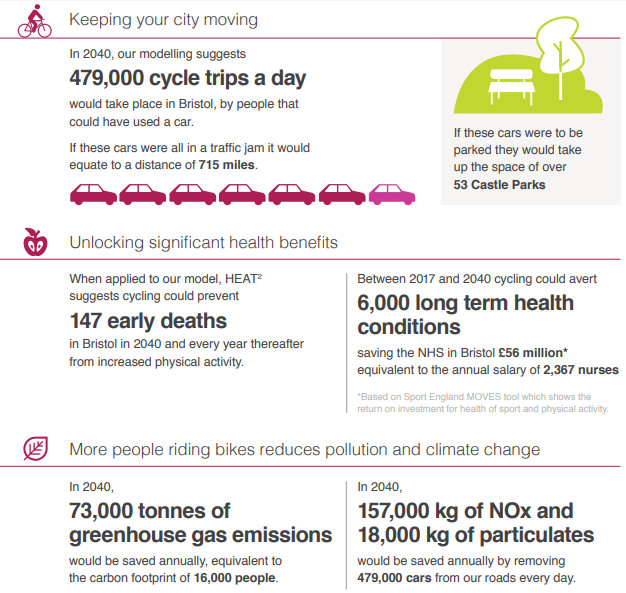 Eight life-threatening illnesses such as Type 2 diabetes, breast cancer and depression have been linked to an inactive lifestyle.

The evidence presented in Sustrans’ report – the largest ever assessment on cycling in UK cities – shows that 34,000 incidences of these illnesses could be prevented with increased cycling in seven major cities including Bristol between 2017 and 2040.

Currently, the Government spends £2.16 annually per person outside of London on cycling. Sustrans proposes this increase to £17 per person.

Sustrans insist that local government must also play their role in this, detailing a set of five guidelines on how to help:

3. Neighbourhoods are designed in a way that prioritises people walking and cycling, including traffic restraints measures

4. People and businesses are supported to change travel behaviours

5. Cycling is fully integrated with public transport, homes and work

Rees said: “Bristol demonstrated it is possible for a city to double cycling in ten years, and we are committed to continuing this momentum to ensure we meet future goals, not least improving air quality and meeting our carbon neutral targets.

“Our draft Transport Strategy presents a vision for Bristol to be a well-connected city that enables people to move around efficiently with increased transport options that are accessible and inclusive to everyone.

“Making space and improving safety for walking, cycling and public transport will enable us to meet this goal.”

Read more: ‘For every £1 invested in cycling, £4 is invested back into the local economy’