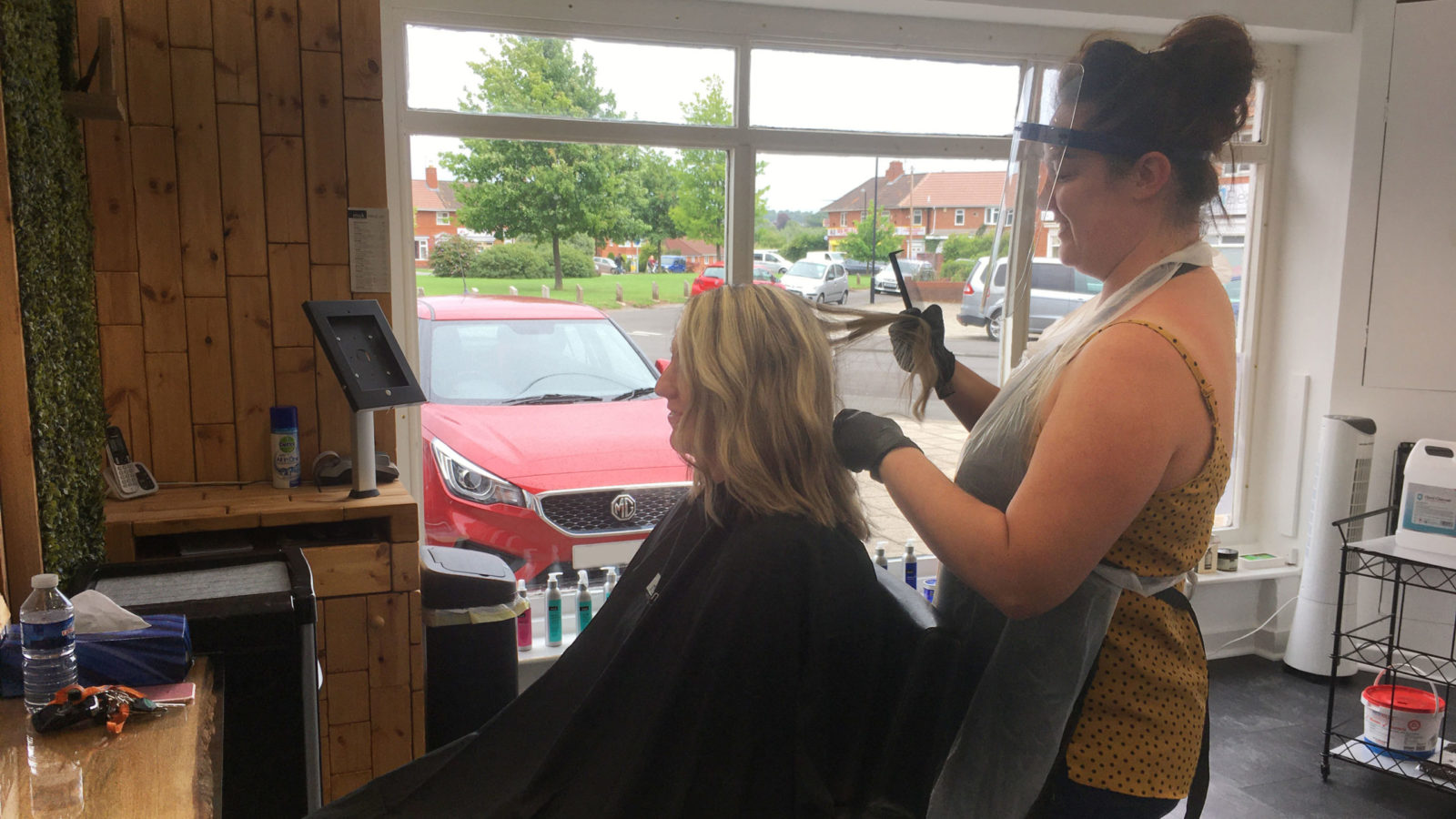 Sea Mills Square has been quiet during lockdown. Along one side, the shop windows have been adorned with an ever-increasing number of colourful rainbows, thanking the NHS and key workers. The hairdressers, beauty salon and nail bar have become an impromptu children’s art gallery during the Covid-19 pandemic.

But after three months, the doors have finally reopened at Collistear Hair as lockdown restrictions on hairdressers lift across the UK.

Caroline Collis owns both Collistear Hair and Collistear Beauty on the Square. It looks very different than in its pre-Covid era: workstations have been marked as ‘not in use’ to leave space for social distancing, and the waiting area with its comfy rattan furniture has been removed. The cleaner has just left and the place is spotless and gleaming.

Caroline is delighted to have been able to resume at least part of her business on Saturday, the first day permitted by the Government for hairdressers to open.

“We’ve had 300 people register for appointments and we’re opening seven days a week to meet the demand,” she says. 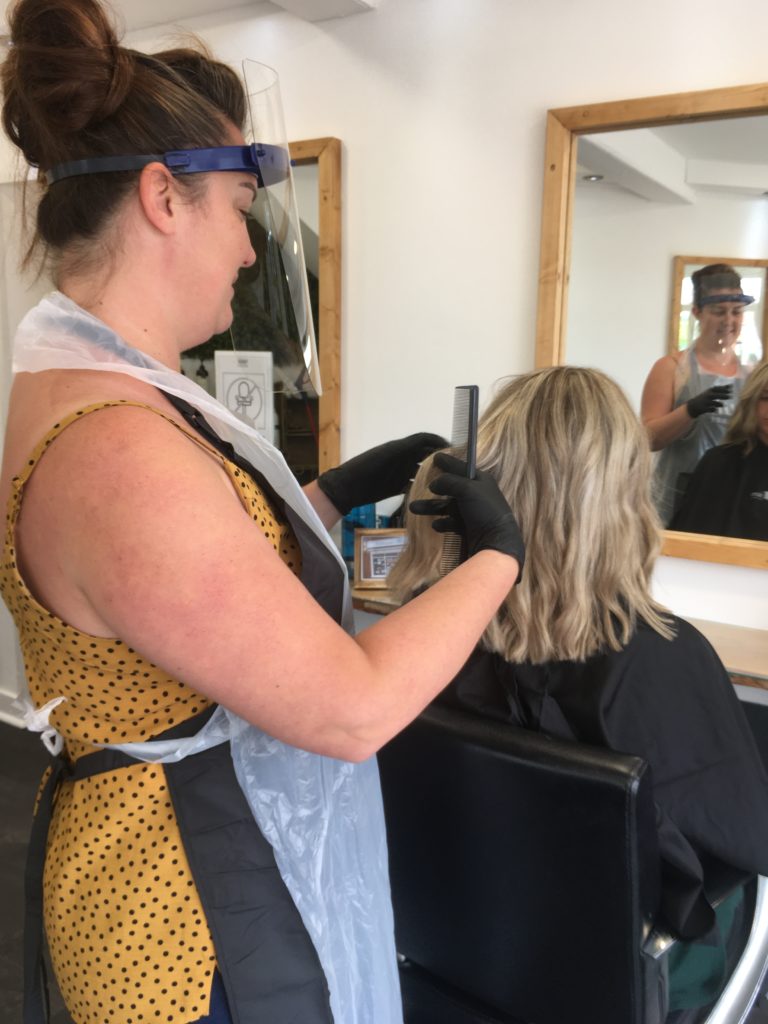 When I ask about government guidance and the measures she has had to put in place, Caroline gestures toward a thick pile of risk assessments.

“We have had a lot of advice from our professional body as well as the Government,” she says. “The salon is small, so we’ll only have one stylist working at a time with up to two clients, who will be socially distanced from one another.

“Staff will have PPE, including a face shield, and we have let all our clients know that they will not be allowed into the salon until there is a clean chair for them.”

Some of the things we associate with a trip to the hairdressers have been removed: there will be no cup of tea or biscuits while you wait, and all the magazines have been removed. Instead, you will be greeted with a smile and a large bottle of hand sanitiser. 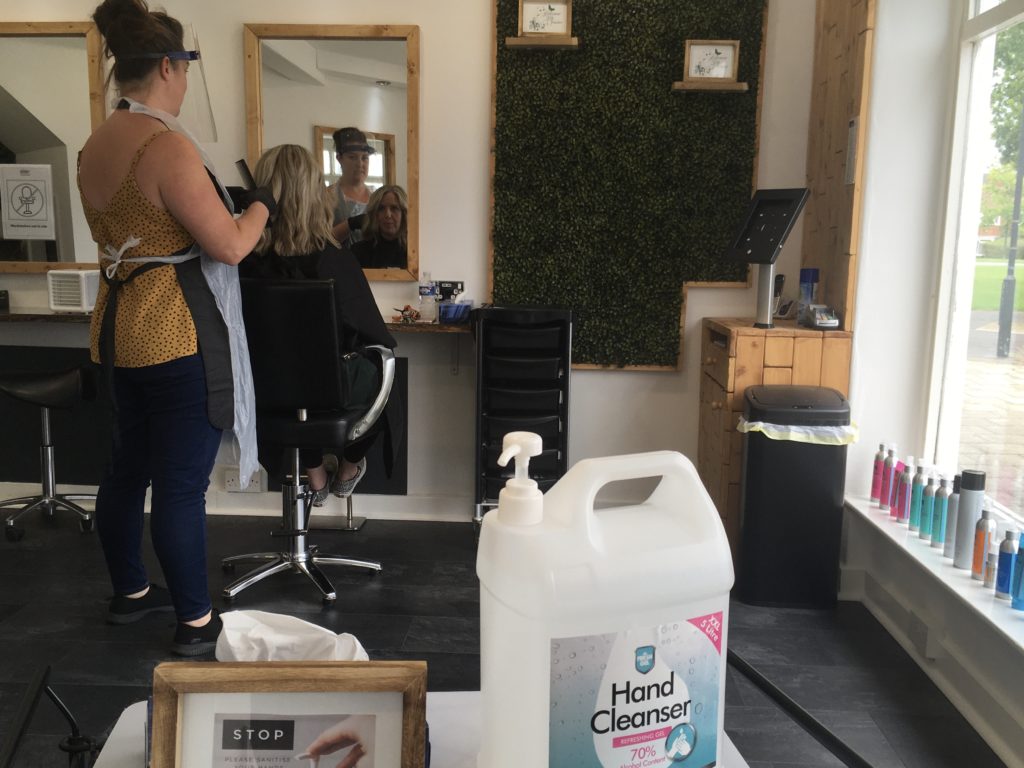 While hairdressers have been allowed to open under the new guidance, there is currently no date set for reopening the rest of the beauty industry. Caroline shows me a video from the House of Commons in which MPs are discussing the sector. In the clip, some of the MPs are laughing. Caroline says she doesn’t think the Government is taking her industry seriously enough.

“Pubs can open, people will be able to go to a bar and have too much to drink and hug their mates, but I can’t open my beauty salon – where we always clean between each client and wear PPE as a matter of routine,” Caroline says.

It has not been easy for her and her staff: none of them could be furloughed as they are all self-employed. They have been eligible for the Government’s Self-Employment Income Support Scheme but four members of staff, including Caroline, have received hundreds of pounds less than they expected because they have been on maternity leave within the last three years.

“Maternity allowance doesn’t appear on a tax return, so we have lost out financially because we had children,” Caroline says. “I feel completely discriminated against.”

The first stylist returning to work in the salon after three months off is Zoe Burton, who lives nearby in Lawrence Weston.

“As soon as I put on my visor and started welcoming back clients it was as if no time had passed at all, it really felt like coming home,” she says. “I’ve cut more hair off over this weekend than I normally do in weeks!

“There were a few wonky fringes and home haircuts, but nothing disastrous. I love my work and my clients, so to hear how much they have missed us is lovely.

“Lockdown has made people realise what is important to them. For some it’s a pint in the pub, but for many of our customers it’s a colour and a cut.” 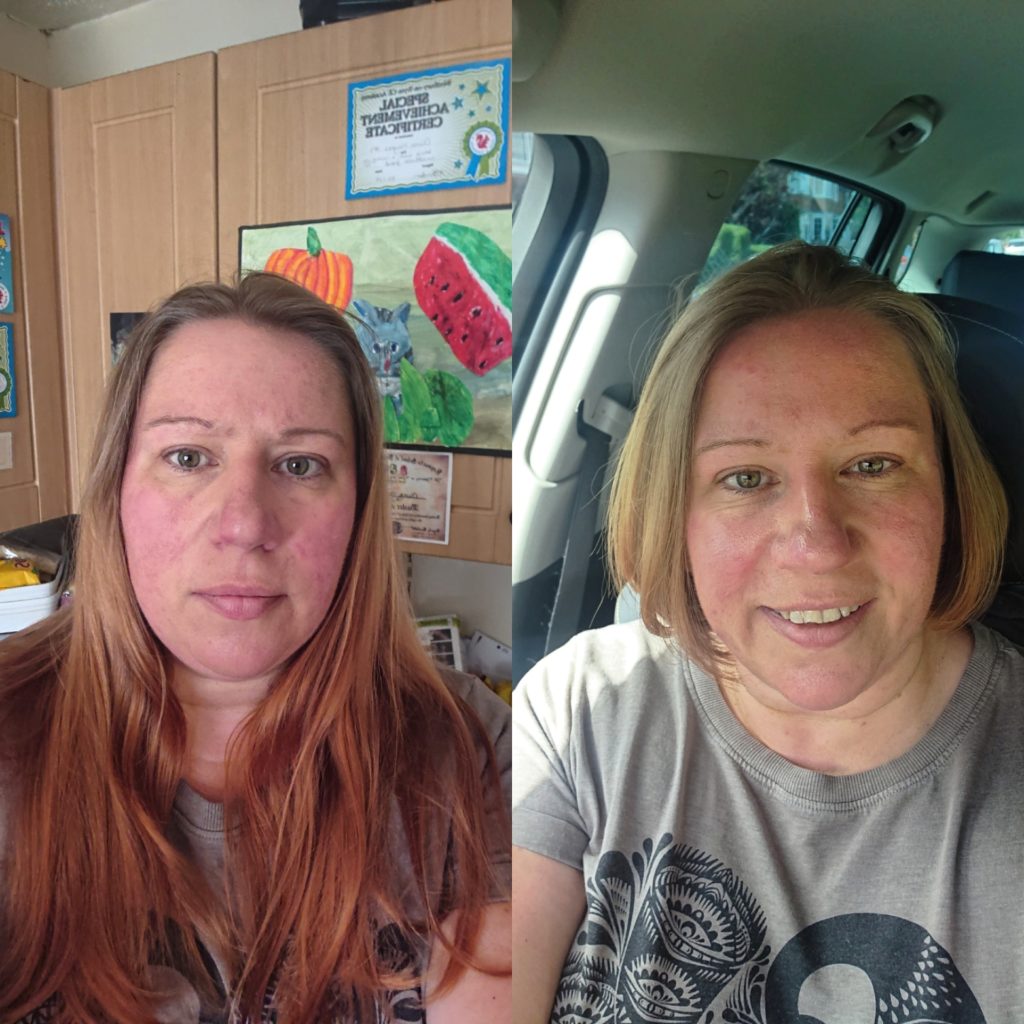 Of the 300 people who registered for appointments, Sea Mills resident Jo Newman is one of the first through the door. She was due to have her hair cut just as lockdown started in March, so she has been waiting a long time. She booked in as soon as Caroline announced on social media that she was reopening the salon.

“I posted a before and after picture on social media, and all my friends are jealous that I got in so quickly,” Jo says.

“I feel very lucky. Caroline and Zoe are so professional, I felt really safe. It was a relaxing experience and I now feel like a new person.”

Jo also says she has total respect for hairdressers, having tried to cut her partner’s hair during lockdown: “It was alright the first time, but the second time I tried to do a bit of a fade and he ended up with an undercut!”