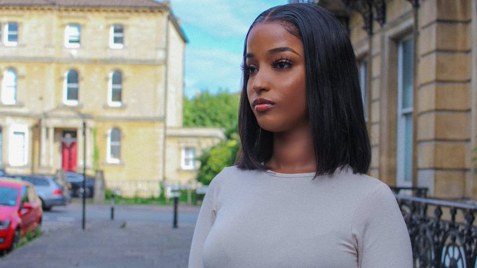 A young advocate has been recognised for her work to uplift women and fight injustice.

Nasra Ayub has been campaigning since the age of 15, fighting against female genital mutilation (FGM) and advocating for social and racial justice.

Now, after eight years of continued activism, the 23-year-old is being given with the 2020 Diana Award.

Established in 1999, the prize recognises the achievements of young people aged between nine and 25 for their dedication to social action and humanitarian work.

Created in memory of the late Princess of Wales, Diana Spencer, the award offers programmes for winner, helping them to build on leadership and innovation skills.

Nasra’s nomination for the prize came from Integrate UK, a non-profit organisation based in Montpelier, committed to gender and racial equality. It’s a group the campaigner has worked with for many years in her fight against FGM.

The activist, who lives in Southmead, starting working with Integrate as a teenager, and is grateful to them for nurturing her passions in a way that she says her predominantly white school never did. She says: “It was seen as ‘there goes another loud black kid.’ But Integrate saw something in me.”

I even got a special shout out from Prince Harry. I am so so grateful for such an incredible award @DianaAward. pic.twitter.com/dr69fGIERs

It was with Integrate that she learned about female genital mutilation (FGM) in more detail.

“I knew people close to me that had FGM,” says Nasra, who has Somali heritage. “I wondered, ‘why isn’t this spoken about and stopped expeditiously?’.”

Nasra began actively campaigned against gender-based violence, and has been an outreach worker with a focus on safeguarding training for victims of FGM and violence against women.

The role has seen her working with a range of frontline and legislative workers, from social carers to council members, equipping them with the resources to protect these young women.

Nasra has also led on some of Intergrate’s creative campaigns, working with the young people at the organisation to create educational resources on FGM through videos and music.

These videos have been instrumental in educating more people about the violence women across the world faced, even being used as a learning resource for medical students at the University of Bristol.

During her time working directly with the medical students, Nasra was shocked to find how far the ignorance on the topic went, saying: “I remember teaching third year students about FGM and many of them had never even heard of FGM”.

On winning the award, she said it was “incredible” and “humbling” to be recognised for her work, and Intergrate’s, work to combat FGM, but says “the fight is not over”.

“It’s so important that we continue to have these conversations,” says Nasra. “Sometimes we get into a bubble and believe that the work is done, but it’s really not.

“A lot of people think FGM doesn’t happen anymore, which is silencing people.”