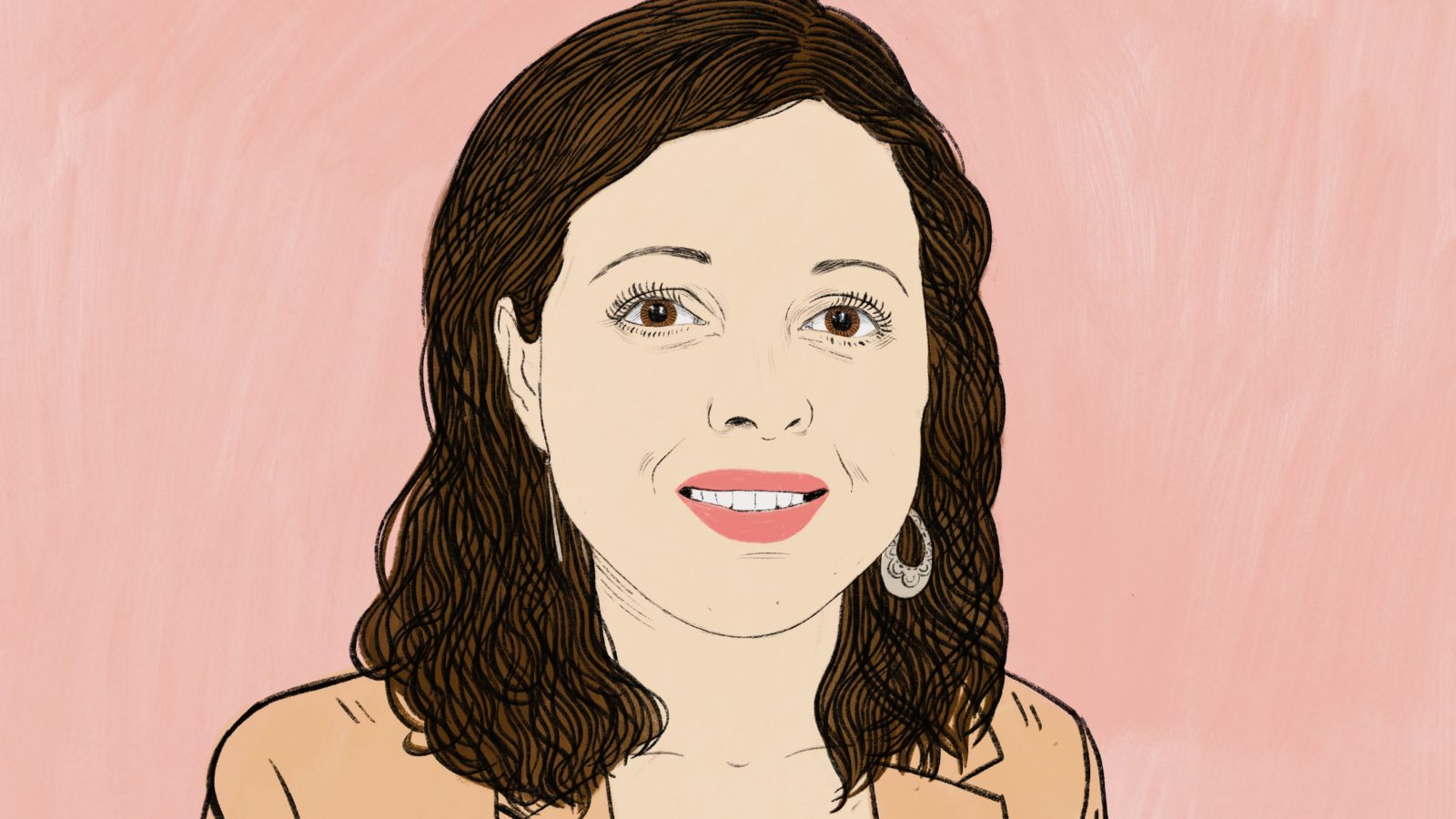 Some superheroes wear capes and ostentatious Lycra. Dr Zara Nanu doesn’t fall into that category, but make no mistake – she is undoubtedly changing the world and giving women hope of achieving a level playing field in employment.

It’s 8.30am on a Thursday morning and the co-founder and CEO of Gapsquare is calmly at ease, waiting at the bustling entrance to Hart’s Bakery.

“I hope you’re not gluten free, I didn’t think to check,” she exclaims, as we join the queue, eyeing up the tempting array of baked goods on offer.

Tearing into a cinnamon bun and black coffee, Zara reflects on how the idea to use a data-driven approach to close the gender pay gap has seen her Bristol-based company rise to the fore as national experts in just two years.

Not bad for someone who admits she hated maths at school.

“If anyone had told me I would be using statistics to create gender equality, I would have laughed in their face,” she says with a laugh.

“But that goes back to the fact that I was still growing up in an environment which was stereotypical and girls were not meant to be good at maths.” 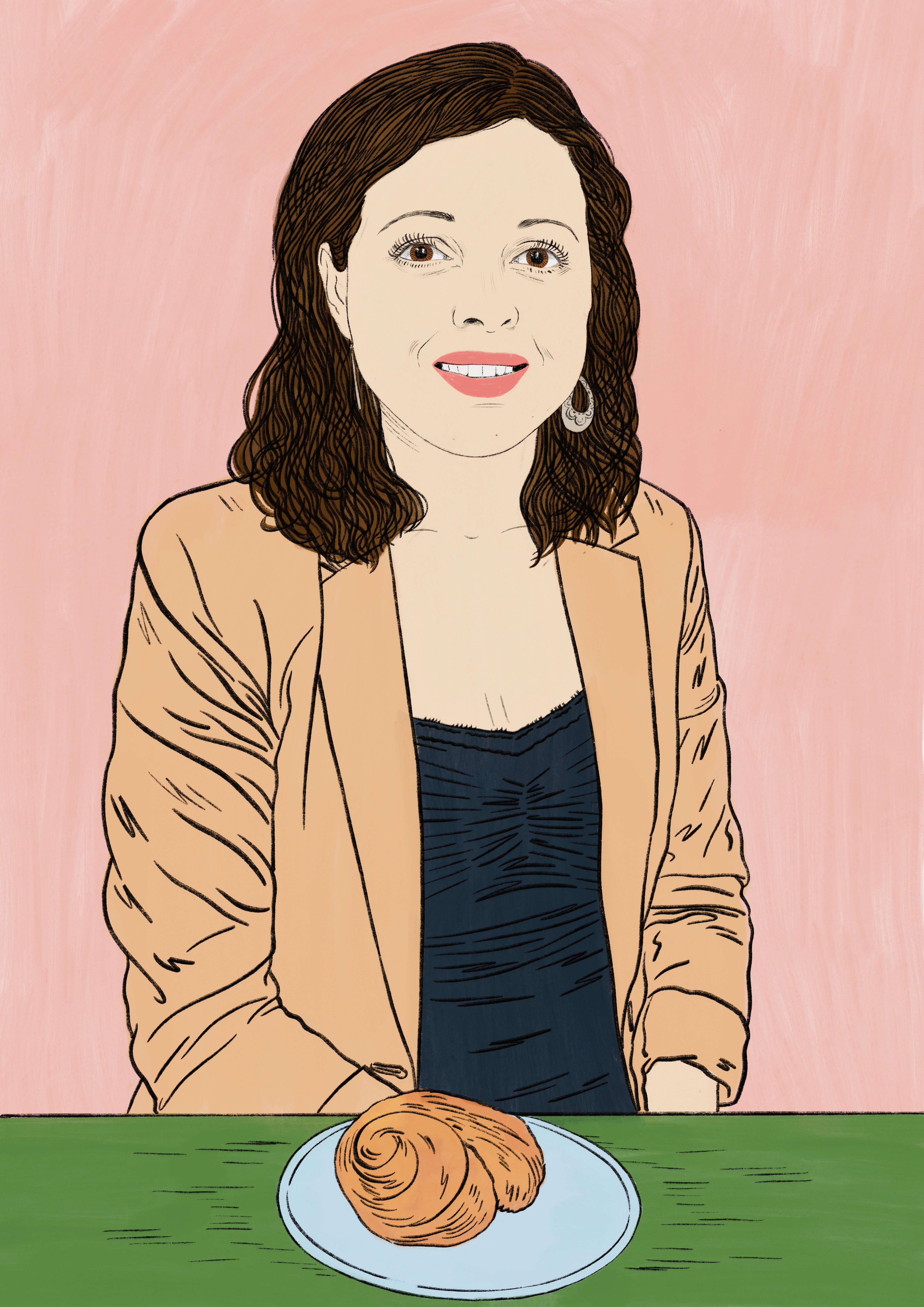 Zara grew up in Moldova in a family of strong women and says that as a former Soviet Union country, there was at least the perception of equality, with quotas ensuring an equal ratio of men and women.

“As a child, I would watch politics and it was 50/50, so I grew up with the assumption that that’s the way the world works,” she says, adding that there were certainly down sides to the system.

“Once I went to the US to study and then the UK, I was really surprised at how behind the world actually is from what I thought.

“For instance, childcare was one thing. When my mother had children, childcare was free. I had my first child and after about nine months, wanted to go back to work and the nursery fees shocked me to the core and I thought this is so unfair – and that’s where you have to have the conversations of who will keep their job.”

Zara started out working in the charity sector fighting for women’s rights through a trafficking prevention project that sought to raise awareness of the issue and also provide women with skills and employment opportunities.

“It felt great to be working on a project like that until I actually started visiting the women and then it was really difficult to see how they were actually being employed in really low paid jobs, with limited facilities and working long hours,” she recalls.

“That’s when I started thinking that making sure they had access to a fair employment place was another matter.

“We were putting out fires, but there was very limited work about how we could make the most of women in the economy.”

Zara moved to the UK and completed a PHD at UWE Bristol, before going on to work for a Young Women’s Trust centre in South Bristol, supporting women who were trapped in poverty. Again, it felt like the charity was doing its best to help while no one was addressing root causes of inequality and economic disparity.

“That’s when I thought I would like to move to the private sector and bring a lot of these ideas and values with me,” says Zara, who launched Gapsquare with her co-founder Ion Suruceanu in 2016.

Gapsquare uses software to enable companies to identify their gender pay gap and analyse why it exists.

Her data-driven approach was a very deliberate step to move gender equality away from politics and make it a management issue.

“There are still people saying that the gender pay gap is a myth,” says Zara. “The current legislation in the UK is only asking for high level figures so it’s easy for companies to deny the existence of any problems.

“At Gapsquare, we help companies get to the bottom of why their numbers are what they are.”

Gapsquare has the likes of the London Metropolitan Police, Conde Nast and many of the UK’s top 50 law firms on its books and has received many enquiries from companies in the US.

It is also looking at branching into the French market, as the French Government is planning to bring in legislation that will include hefty penalties for businesses with a gender pay gap.

On top of that, it has recently been accepted as one of only five companies on the prestigious Oracle Accelerator programme.

Yet, the road is still a bumpy one for a tech company focused on achieving gender equality in the workplace.

“We have not had any funding, because I have found it really difficult raising money for a tech company founded by a woman,” admits Zara.

“Somebody told me that I should be in Westminster, not running a business. I’ve been told that equality does not make money. I have even been mistaken for the waitress at a fundraising event I went to to pitch because the only woman in the room.”

Despite the misogyny that still exists across the UK, she says Gapsquare is still open to working with companies that are still unaware of the benefits of equality.

“The key thing is male allies, because we can talk about closing the gender pay gap, but as long as men feel disengaged, we are not going to get far because they still hold the power,” says Zara.

“It will help accelerate progress.”

And this is something that’s needed if Gapsquare is to achieve its aim of losing the gender pay gap in 20 years (two centuries ahead of the World Economic Forum’s prediction).

“We are only at the beginning and we are starting to use machine learning and artificial intelligence to look at data and identify trends by industry, age and job title,” says Zara. “It would be a shame for us to be in our self-driving cars and still be so far away from having equality.

“Tech is so big, but it is very gender divided so we have more men than women shaping our digital future and that means they are building the world from their point of view.”

Zara admits there is still a huge mountain to climb and will take a massive societal shift to achieve Gapsquare’s aims.

But, as she dusts off the crumbs, finishes her coffee and prepares to head over to her Engine Shed HQ for another day in the office – there’s no doubt this is a woman capable of moving that mountain.