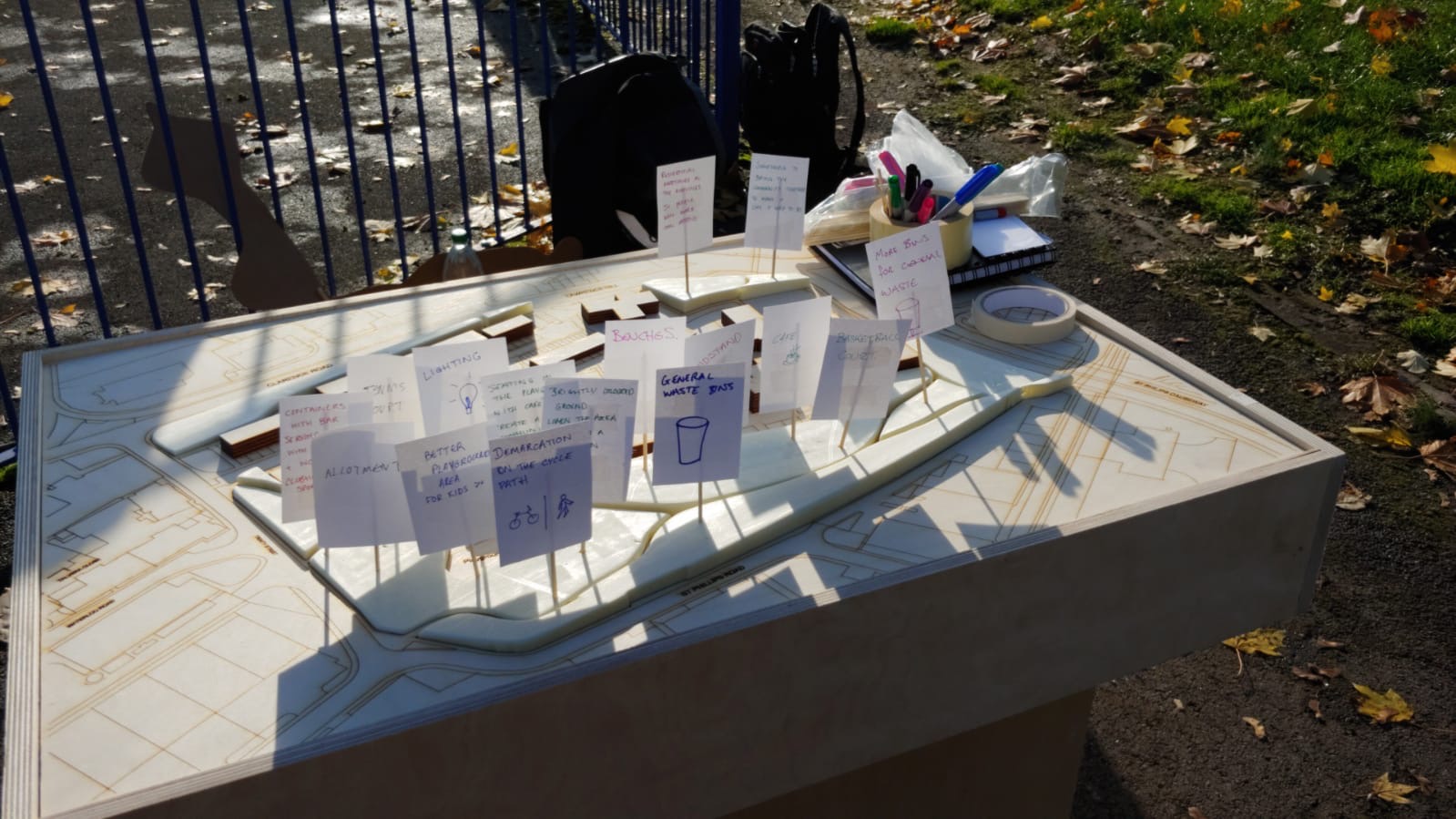 Located in between Old Market and The Dings, Newtown is a residential community located in the heart of BS2.

Often overlooked, a new project organised by four UWE Bristol students is hoping to put this area on the map.

James Tyrell, Madeline Johnson, Antreas Michail and Shaquille are in the first semester of a two-year Master’s degree in Architecture and together make up the ‘Love Newtown Team’.

Until January 2020, they are running ‘Putting Newtown On The Map’, a project working with the local community in conjunction with Up Our Street, an Easton and Lawrence Hill-based organisation. 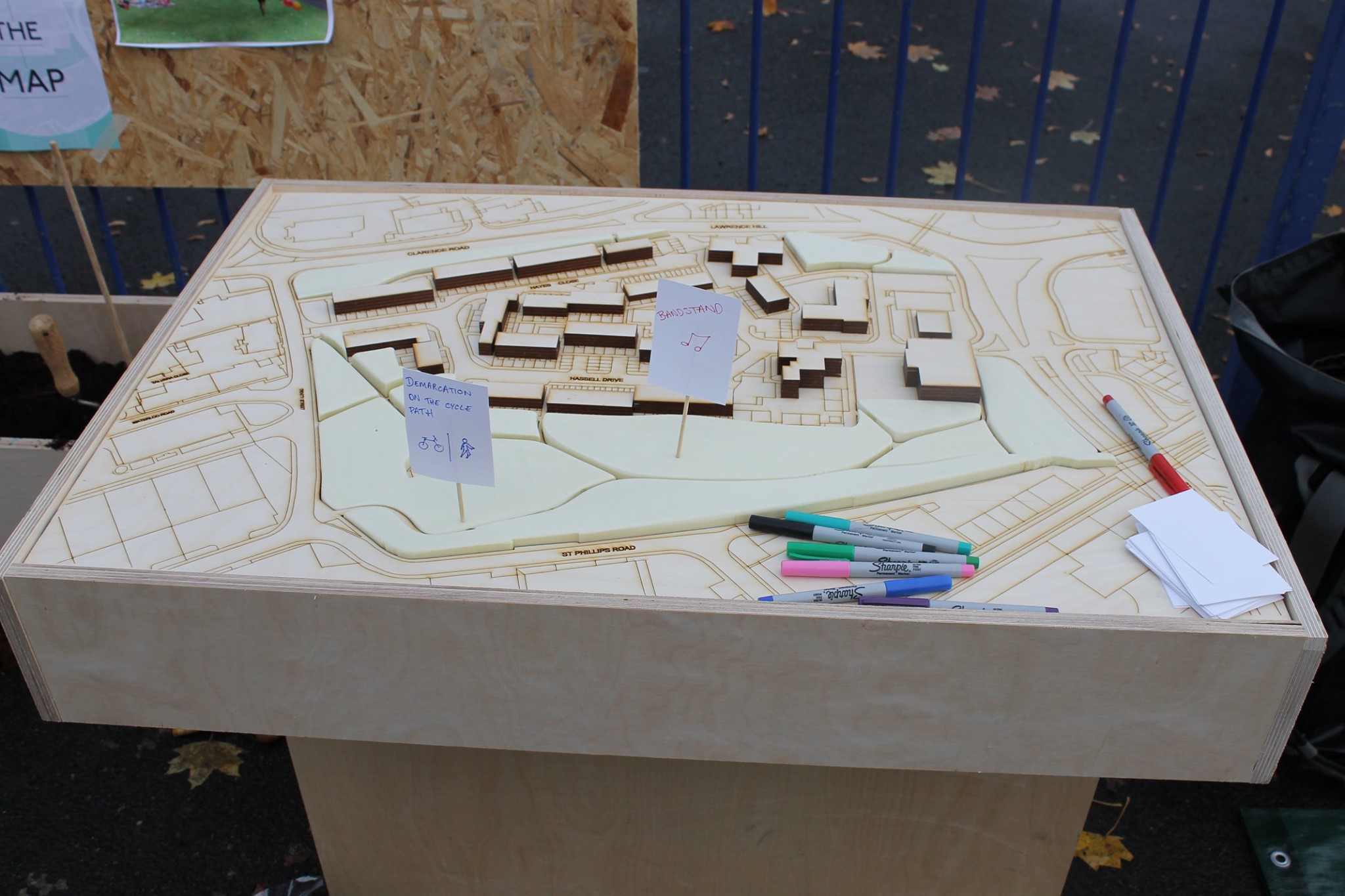 The four-month long project hopes to make this area of Bristol more known and to bring the residential community together.

They started the project in September 2019 and aere working with Debbie Benjamin, the placemaker for Newtown at Up Our Street, a community champion for the area.

“The aim is to find out what people want for the areas green spaces, as well as all the spaces in between,” explains Madeline.

The Love Newtown team will work with Debbie and the local community to create a feasibility report, a useable document that people living in the area can use to create change in their community. “It’s a real tangible thing people can use,” says Madeline.

“People haven’t heard of Newtown, but the Bristol & Path Railway Path runs right through it,” says Shaquille. “It’s such a diverse area too. There’s Polish and Somali communities as well as young families and older people.” 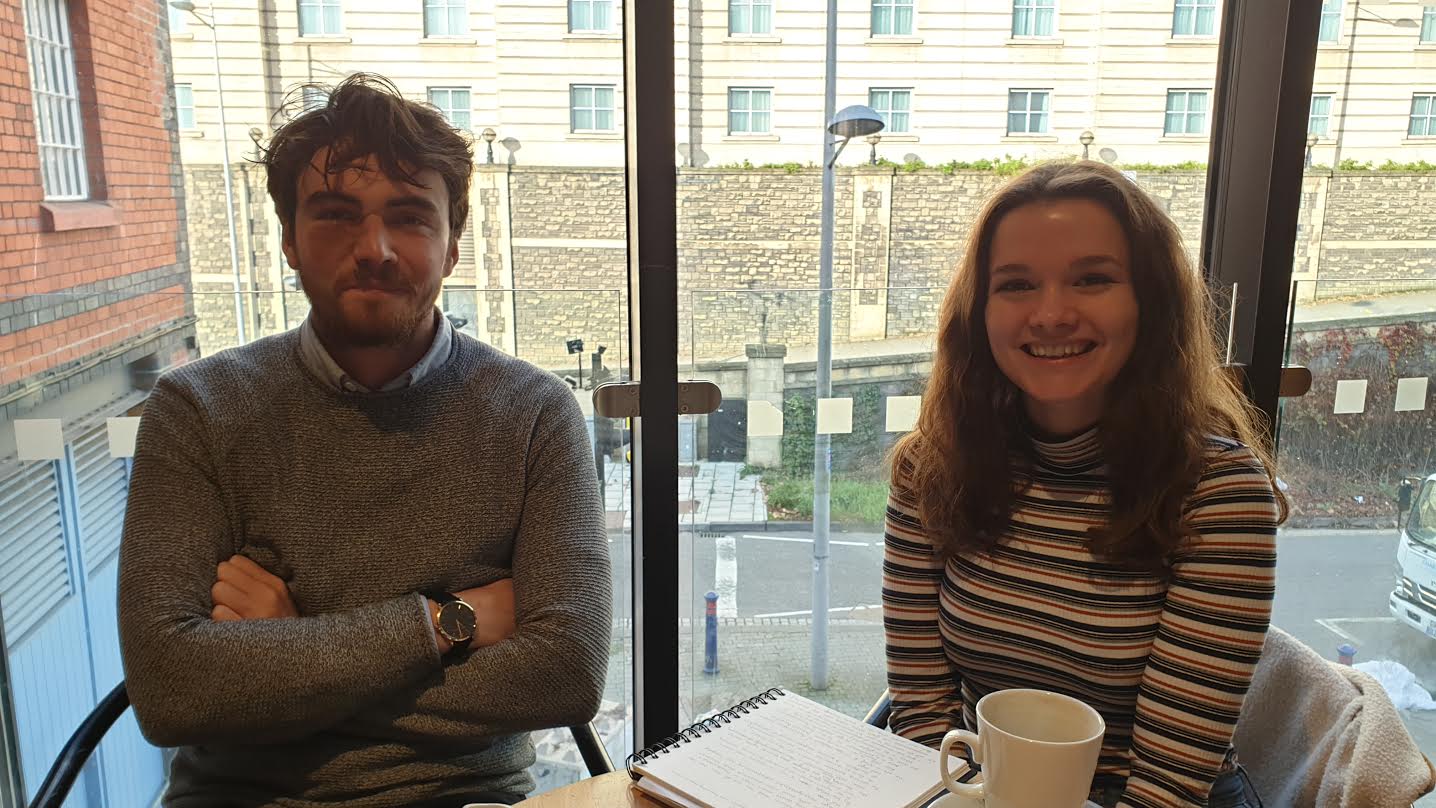 The team want to ensure they get the whole community involved, so are working closely with Up Our Street as well as using a website, using a survey and holding events.

“Newtown Park is the focus,” says Shaquille. “We recently held a fun day in the park to get people involved and share their thoughts with us. People could make bird feeders and play games. We were right next to the playground and loads of people came over, we even made a Newtown model where people could place ideas.”

With the team highlighting that the park is the focus, they explain that there isn’t much for children aged over seven to do in the green space or in the wider Newtown area, forcing older children outside of the community to find things to do.

Feedback from the team’s survey and the event held in Newtown Park is being used to create the feasibility report, which will make suggestions on how to make this area “more of a place” and bring the community together. 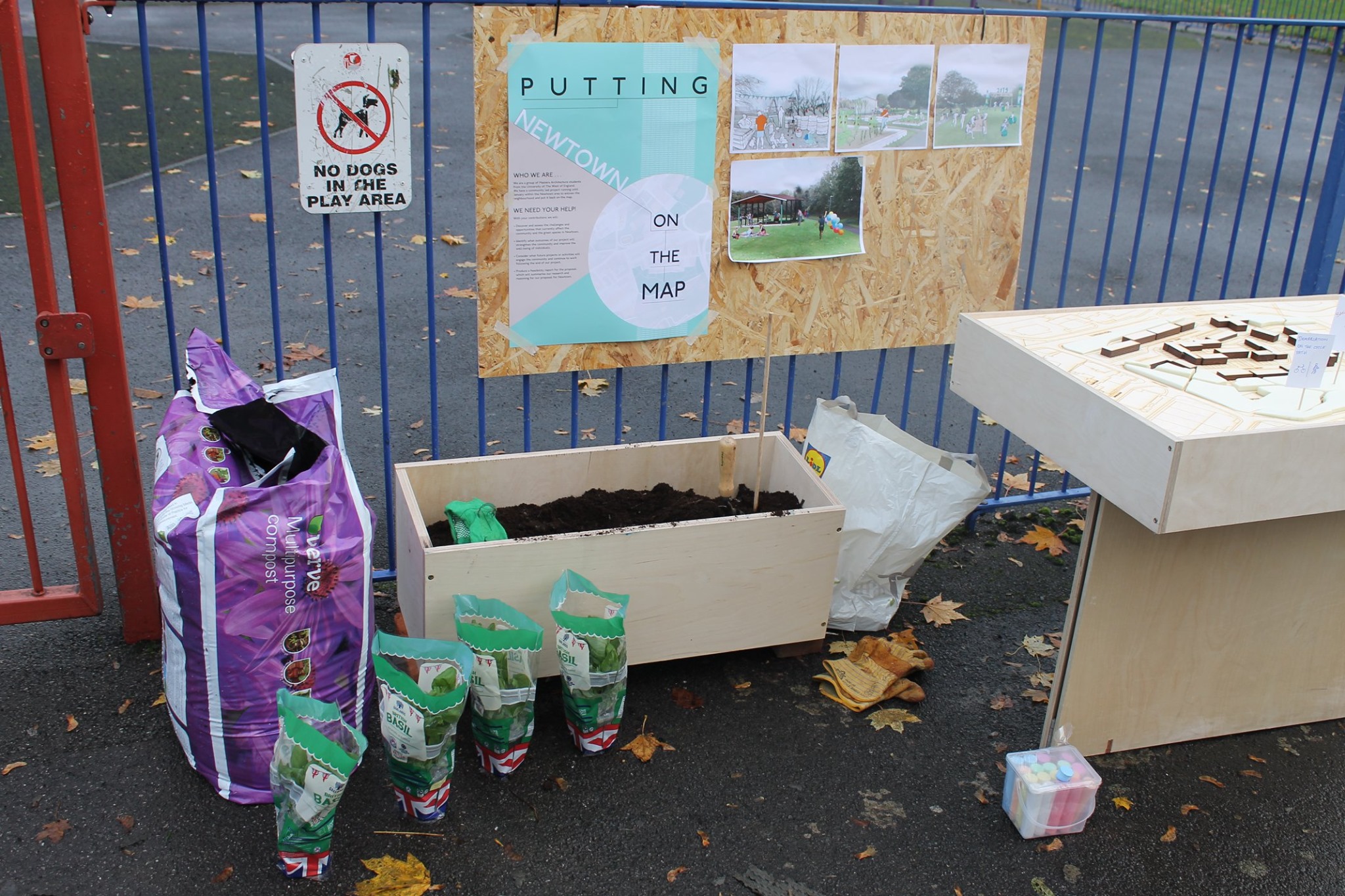 The team recently held a fun day, with activities and a map on Newtown, where people could place ideas

The team are hoping to hold another event in the community to get feedback on their initial report and well as gather even more ideas. People can also get involved through their website and through reading flyers located around the area.

The finished feasibility report will then be given to Debbie and the team at Up Our Street, so they can use the feedback and ideas to apply for funding and use the free ideas that are suggested to create more community resources and events.

“We’re basically helping them to get the ball rolling,” says Shaquille. “We just want to put Newtown on the map.”

To get involved and find out more, visit www.lovenewtown.com

Read more: Have your say on future of Bristol & Bath Railway Path