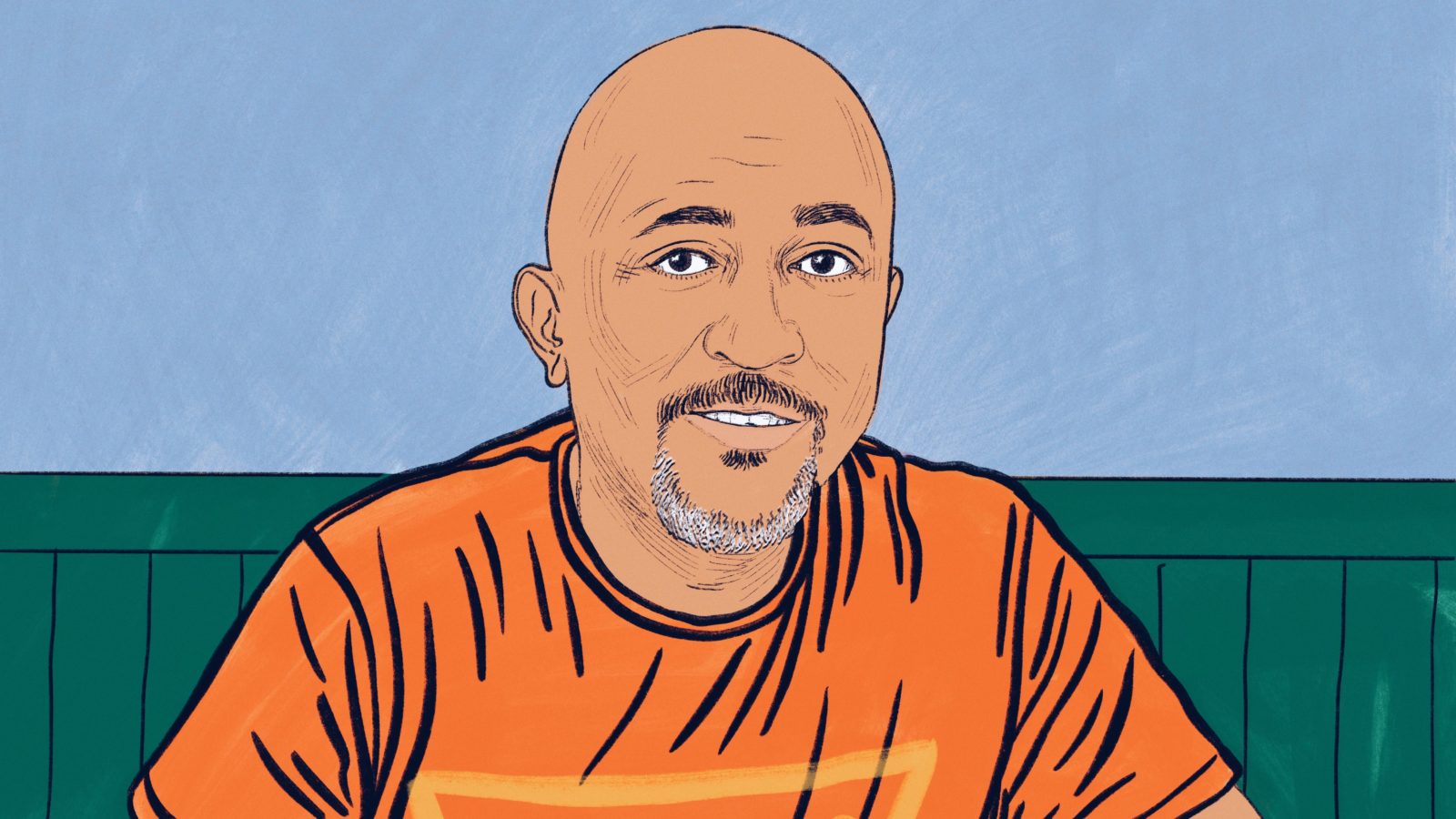 A decision to say yes to everyone was the start of an extremely busy year for Desmond Brown – a man on a mission to make Bristol a fairer, more equal city.

Waiting patiently outside The Bristolian on a sunny Tuesday morning, he has a relaxed, unhurried demeanour, despite having already had two meetings before 9.30am and plenty more to cram into the day ahead.

The new chair of Bristol’s Commission for Race Equality has a manner that is unfailingly gentle and polite, yet he is someone who has risen to the fore as a formidable campaigner for justice, unafraid to take on the likes of the police, education and criminal justice system in the fight for rights.

Born in Zambia, Desmond lived briefly in Jamaica, before moving to London at the age of five. Over a breakfast of coffee and eggs royale, he reminisces on life as a mixed-race child in 70s Britain.

“I remember coming home from school with spit in my hair and people in the street calling me racist names – this was directed at a six-year-old boy and it was adults doing it,” he says.

“I’m from Ladbroke Grove and there was a time when people who looked like me had to stay in your communities or you would be liable to be attacked.

“I’m 48 and things are better now, but I think people forget it was not that long ago.” 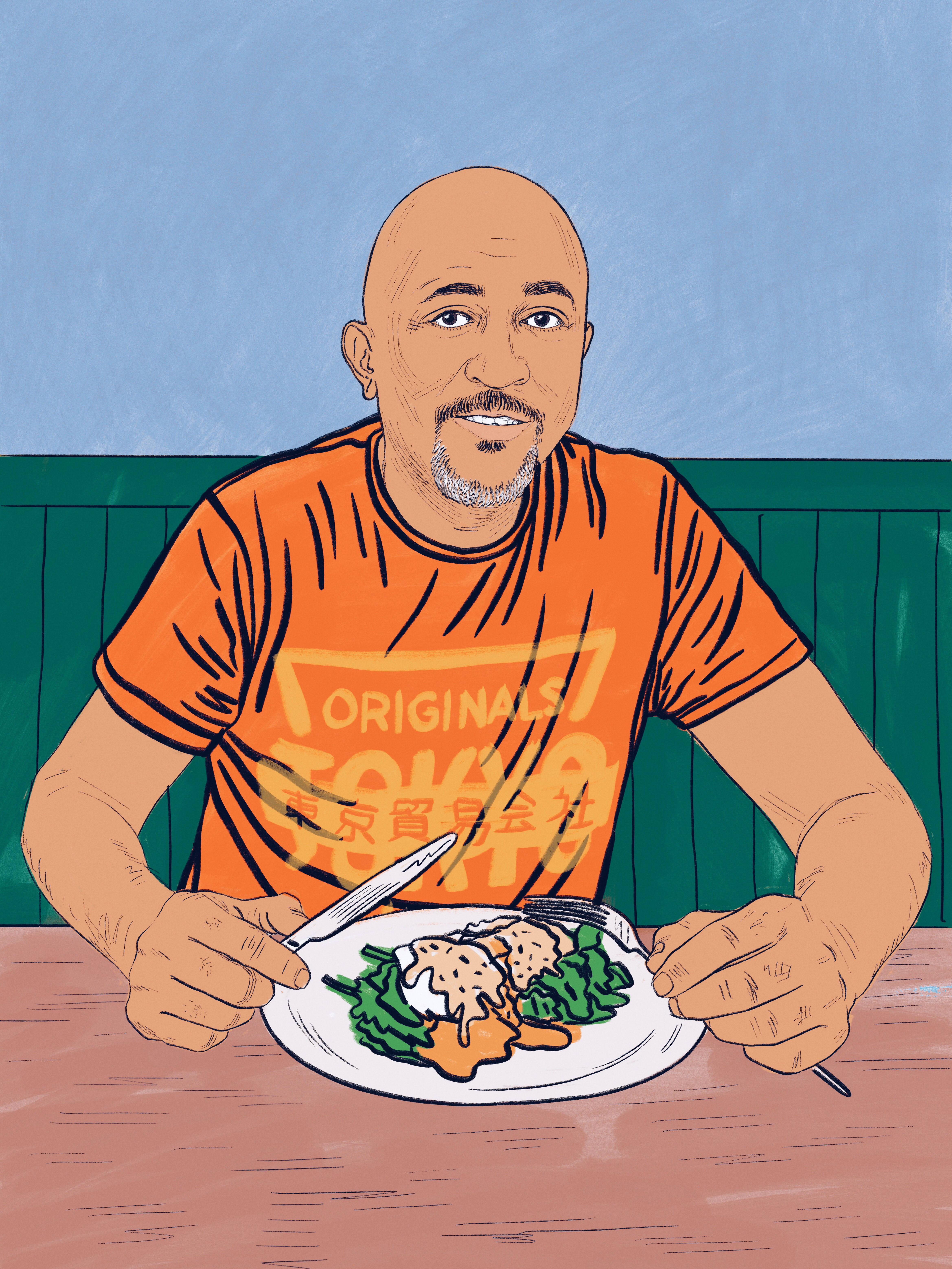 Bullied at school, he ran away at the age of 15 and lived on the streets of London for a time, saying that although his family life was brilliant, the education system was failing him.

In his later teens, Desmond was the singer in what he describes as “an awful 90s pop band” that signed to Sony – this provided his ticket to freedom and when the record label dropped the band, he set out to travel the world.

“It was a great experience – as a person of colour in Europe, you think of yourself as a minority, but when you leave Europe you realise that most people look like you,” he recalls.

“For me, it was a real eye opener. I remember crossing the border from Iran to Pakistan, the people there looked after me, fed me and taught me Urdu and then bought me a ticket to India – and these were some of the poorest people in the world. It made me realise that most people are good people.”

It was in 2012 that Desmond came to Bristol to be near his children and in 2014, he launched Growing Futures, a community interest company that provides educational programmes for young people to learn outdoors through hands-on horticultural activities.

“I was doing work with some disadvantaged families in Bristol and I realised that young people did not have a connection to the food they were eating,” he says, on the inspiration behind Growing Futures.

He describes finding a plot of council-owned land in Hillfields that had been commonly used as a shooting ground by drug users and seeking permission to turn it into an allotment. With permission granted, he set about clearing it.

The enterprise is run by Desmond and his partner, Beaula McCalla, a qualified teacher.

“A lot of children are failed by schools and being outdoors and growing food is so good for social cohesion and learning skills,” explains Desmond.

“I do not think we have done anything magical, it’s just building people up. It’s really about building critical thinkers, I believe that no child is unteachable, it is the teacher’s responsibility to find the best way in which a child best learns .

“There is a lot of risk aversion these days, when real life is made up of medium to large risks and we have got to teach kids how to take risks and what risks to take.”

He reflects on the sad fact that many children these days don’t get to experience the simple pleasure of toasting a marshmallow over a fire – “something every child should have a chance to do”. 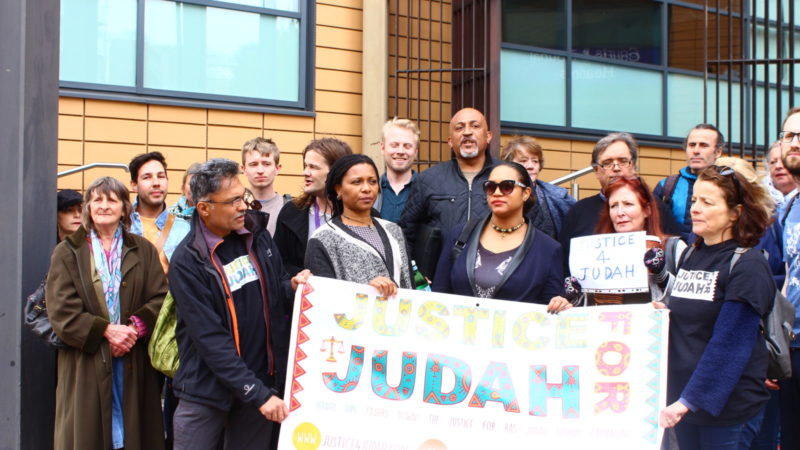 Justice for Judah protesters outside court.

It was not until January 2017, when Judah Abundi – a respected elder and race relations campaigner – got tasered by police while walking his dog in Easton, that Desmond decided “enough was enough”.

“Before Judah got tasered, I was politically vocal at home and used to throw things at the TV – I was very vocal, but not doing anything,” he says.

He decided to take action and remembers the first time he got up to speak in public with shaking hands to mobilise a campaign group.

Desmond became chair of the Commission for Race Equality in June and also sits on scrutiny panels for the police, Crown Prosecution Service and Bristol City Council, and more – all in a voluntary capacity.

He admits his views of the police have changed since he started engaging in conversations and holding the force to account.

“It’s given me an insight into the police force – there are some absolutely amazing officers who want to change things and are changing things and who do understand,” he says.

“I have seen how police can do really good work and I’ve met many who are really passionate about serving the community, but it seems that some officers do not feel they have to within the black community. They feel we are a problem that needs to be solved rather than a community to be served.”

Speaking about the work of the commission, Desmond says the idea is to work with both the public and private sector to tackle lack of leadership and representation and instigate real, and lasting change.

It’s not a new fight and he admits to feeling frustration at the pace of progress since the days when Bristol legends such as Paul Stephenson and Roy Hackett were campaigning for civil rights.

“A lot of people feel it doesn’t affect them, so they don’t understand why they should change anything,” he says, adding that a lot of lip service has been paid to improving representation.

Yet, Desmond is feeling positive about the future.

“I do think people are wanting to partner up and fix things across the city – there is an opportunity and we cannot afford to miss this opportunity, it might be a while before we get this again,” he says. “We all have to have an open mind. I’m willing to work with anyone who is willing to make things better for our community.”