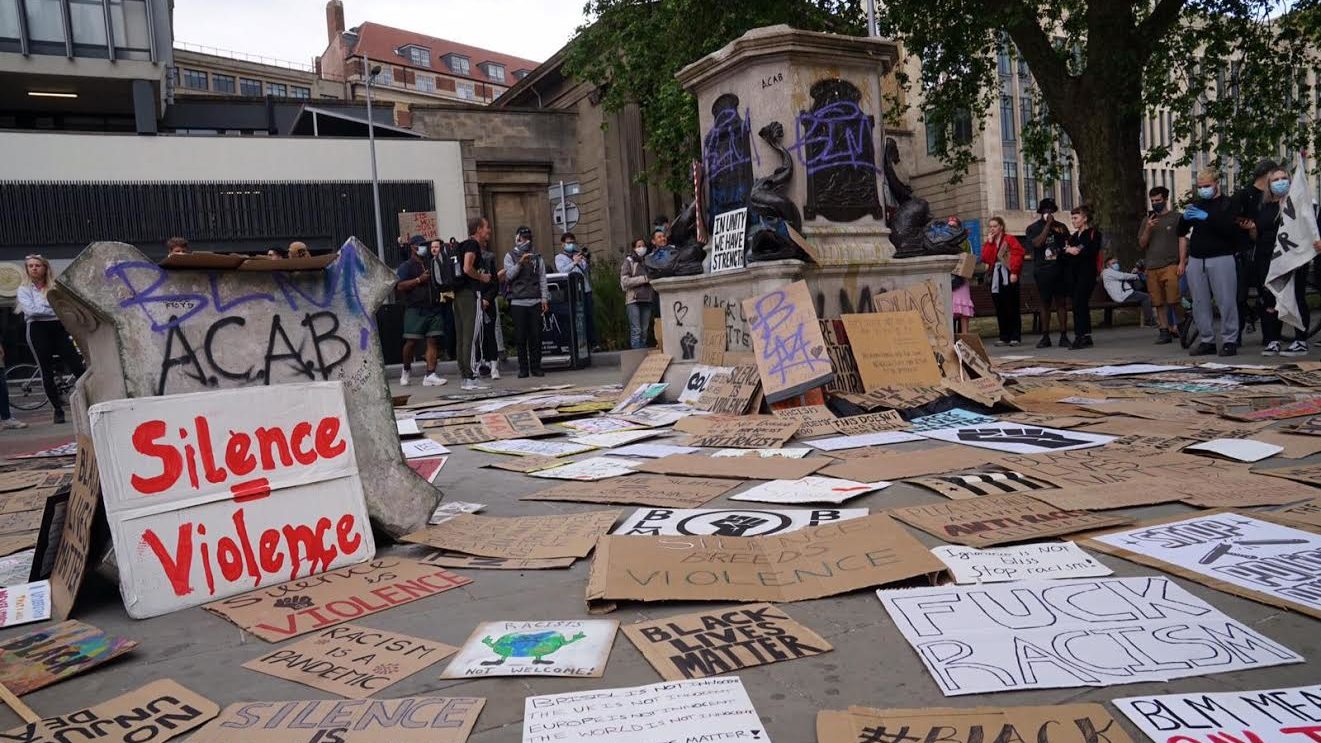 For radio presenter Pat Hart, the toppling of Colston’s statue from its plinth by protesters was both a momentous and poetic act.

The CEO of BCfm, alongside other campaigners, had been calling for years to have the figure of the notorious slave trader removed from its city centre spot – but it took a day of direct action to make it happen.

“Myself and my children watched [from home] and we cheered and we banged the table when that statue came down,” said Pat, speaking during a panel discussion hosted by Bristol West MP Thangam Debbonaire on Wednesday evening.

“For 20 years I’ve been told off by everyone from the Post to the BBC for campaigning to get that statue taken down. I understand there are people saying you can’t erase history but it was poetic and it was momentous. Anyone who holds on to the fact that the statue should be there has got to ask themselves why.”

Sunday, June 7 has been hailed by some as a pivotal moment for the city. Yet, as Thangam said when she opened the discussion, “we have a lot of work to do”.

Beyond statues? How can we make Bristol more equal?

The virtual event came just a week after a car was deliberately driven at a 21-year-old hospital worker in a horrific racist assault that left him with a broken leg, nose and cheekbone. He says he no longer feels safe to go outside but is determined not to let the haters win.

The first in a series of discussions hosted by the MP, the aim is to out together a set of actions and move beyond talking shops to drive change in Bristol and beyond.

Issues covered ranged from the significance of the statue’s removal to acknowledging white privilege and the importance of understanding the city’s history.

For Sakiya Ghalib, a project worker at Integrate UK, the key is education.

“Bristol is incredibly diverse but very segregated,” she said. “It is ensuring that people from these different areas do mix. We need to fix that in schools. When you bring people together to work on a project, they do realise they have things in common and become friends.”

Sakiya added: “Also, representation is really important. If black people don’t see people who look like them in these senior fields then things won’t change.”

On whether recent events have marked a turning point in the fight for racial equality, Desmond Brown, the chair for the Lammy Review Group, points out that the same conversations have been happening for the last 40 years and more.

“My parents taught me work hard, don’t get into trouble, get qualifications and you will get yours at the end of the day,” he said. “We’ve still not got ours. Things have got worse in 2020.”

He acknowledged the power of the youth mobilisation but said it can’t just be left to young people to tackle racism and inequality, adding that we also have to acknowledge those pioneers such as civil rights activist Paul Stephenson, on whose shoulders campaigners today stand.

Marie-Annick Gournet, an academic and social entrepreneur, also championed the importance of education and understanding Bristol’s full history in order to move forward.

She said: “I want us to move from the symbolic to the systemic and move away from scratching the surface of things. We have to change the way we do things in institutions, for example, we need more black teachers and we have to ensure that black teachers have equal experiences in the school so they continue to progress and we have more black leaders.

“We have to look at the barriers – what’s really stopping us.”

Pat, who is also a broadcaster, media trainer and consultant, spoke about the importance of acknowledging privilege and how people perceive you.

He pointed out that not so long ago many people in Bristol didn’t want to talk about racism and inequality, or the importance of diversity and inclusion, saying: “In the past, we have almost had to apologise for our views as if we are revolutionaries or aggressive. We are labelled as being aggressive when actually we are being assertive.”

Pat added: “We have let our parents down in a way. We still haven’t got there. I fear for my stepson as a young black man going out. I fear for him, is that really a feeling I should have in 2020?”

How do we tackle structural racism in Bristol? Join the debate live on Facebook at 6.30pm this evening. Details here: https://t.co/B31lxRkFar (TD office)

Thangam pledged to capture all of the views and calls for action expressed during the one-hour discussion and turn them into a plan of work for her as an MP and others in the city to take on.