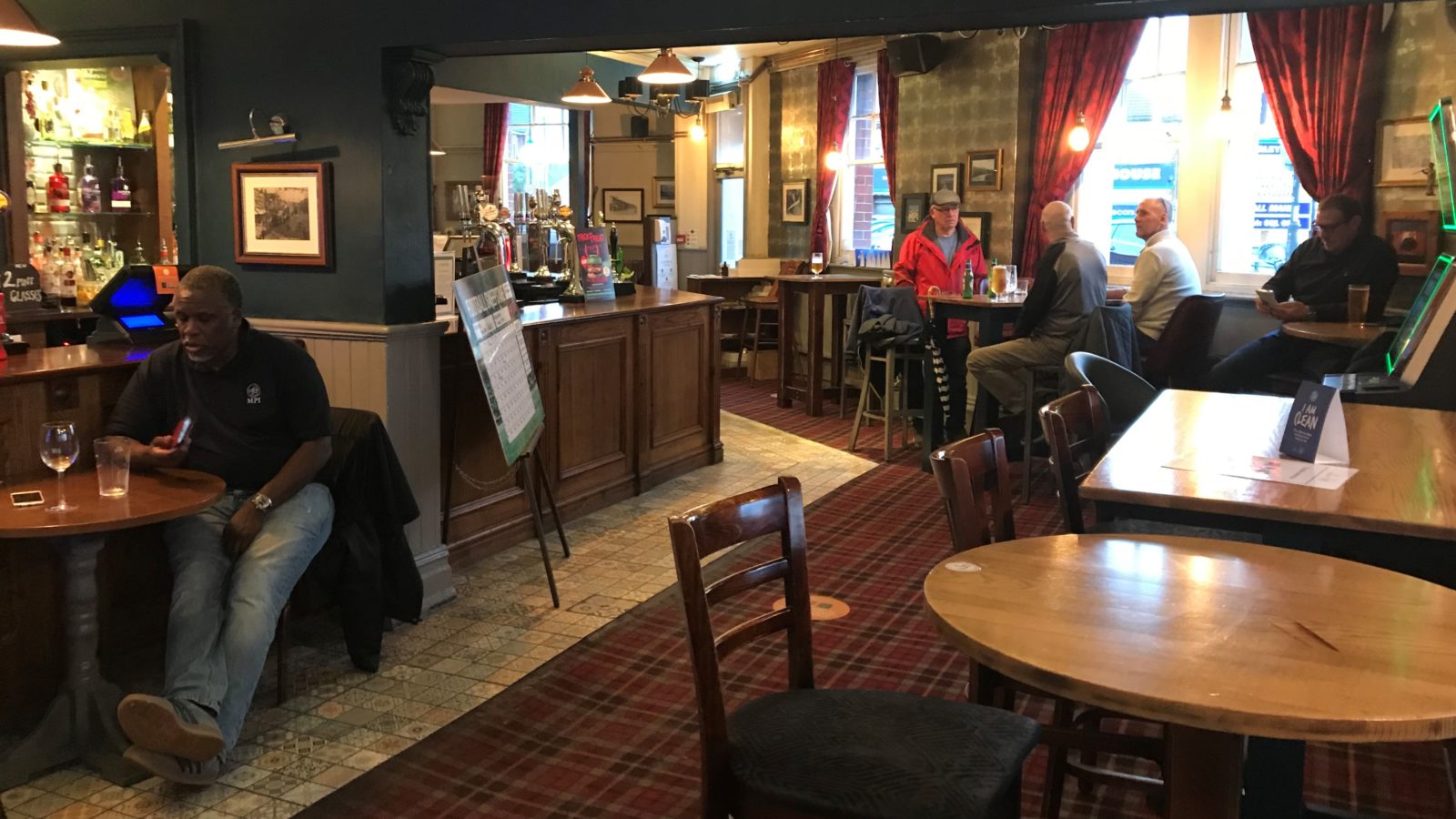 They are hedging their bets in the back room of the Wackum Inn, where a framed Bristol City shirt sits almost side by side with a framed Bristol Rovers shirt – only a Celtic shirt dividing the red and blue halves of our city

The allegiance of the member of staff showing customers to their tables was clear on a recent Thursday evening, however. His mask celebrating the ‘Pride of BS3’ made it clear that he certainly wasn’t a Gashead.

The football theme continued with Belarus vs Georgia being shown on the big screen, with one drinker nursing his pint of Greene King IPA supporting the Georgians in recognition of Bristol’s twin city, Tbilisi.

Soon before 6pm, as Belle & Sebastian came on the pub’s stereo, two friends challenged each other to a game of pool.

A baby practised her crawling beneath a dart board that thankfully wasn’t being used, and occasionally had to be rescued by her parents as she manoeuvred too close to the table.

In these Covid times, the new regulations – here at least – are that the player not wielding a cue must sit down, as the players were informed by a member of staff wearing a face visor. The rules are unclear for how many babies can be crawling at once. 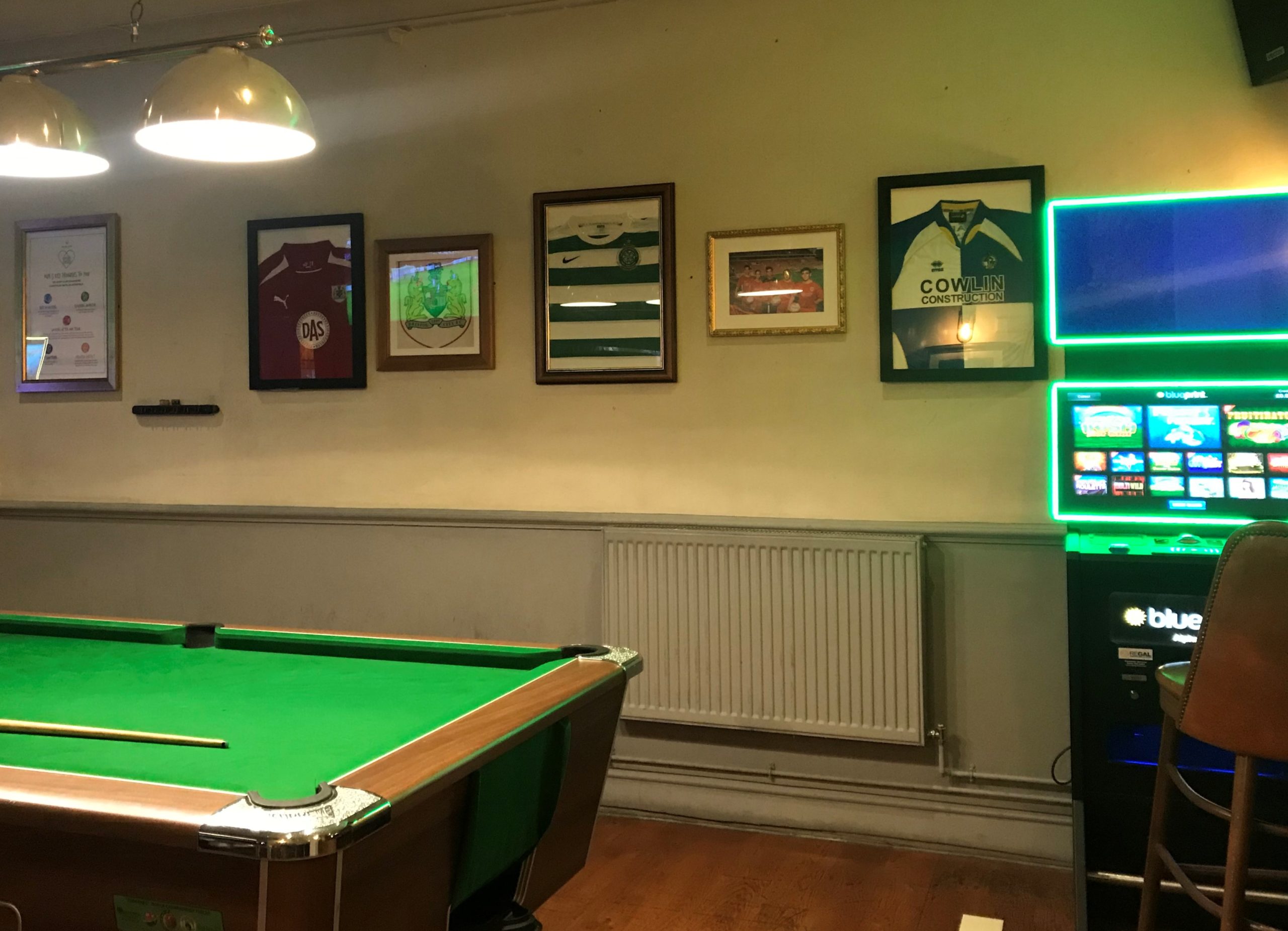 This Whitehall pub was originally called the Beaufort Arms, with its current name a variation of a nickname it got from miners’ wives who used to come into the boozer looking for their husbands, and then – as the story goes – beat ’em and whack ’em with rolling pins to stop them from spending all their wages on beer.

In 2018, the Wackum Inn general managers Damion and Laura Pike won ‘acting local pub of the year’ at an awards evening for Greene King pubs, of which there are currently around 2,700 in the UK.

Judges praised Damion and Laura for “going the extra mile in the business, significantly improving performance and clearly demonstrating the company’s internal values”.

Yet that same Suffolk-based company this week announced that 79 of their pubs will stay closed for the time being, with about one third of these expected to be shut permanently.

Brewery bosses say that coronavirus restrictions, such as the 10pm curfew, and the winding down of the furlough scheme was a “challenge” to trading.

‘We are all in this together, it won’t be forever,’ says a handwritten sign close to the signed football shirts. ‘#upthewackum’ 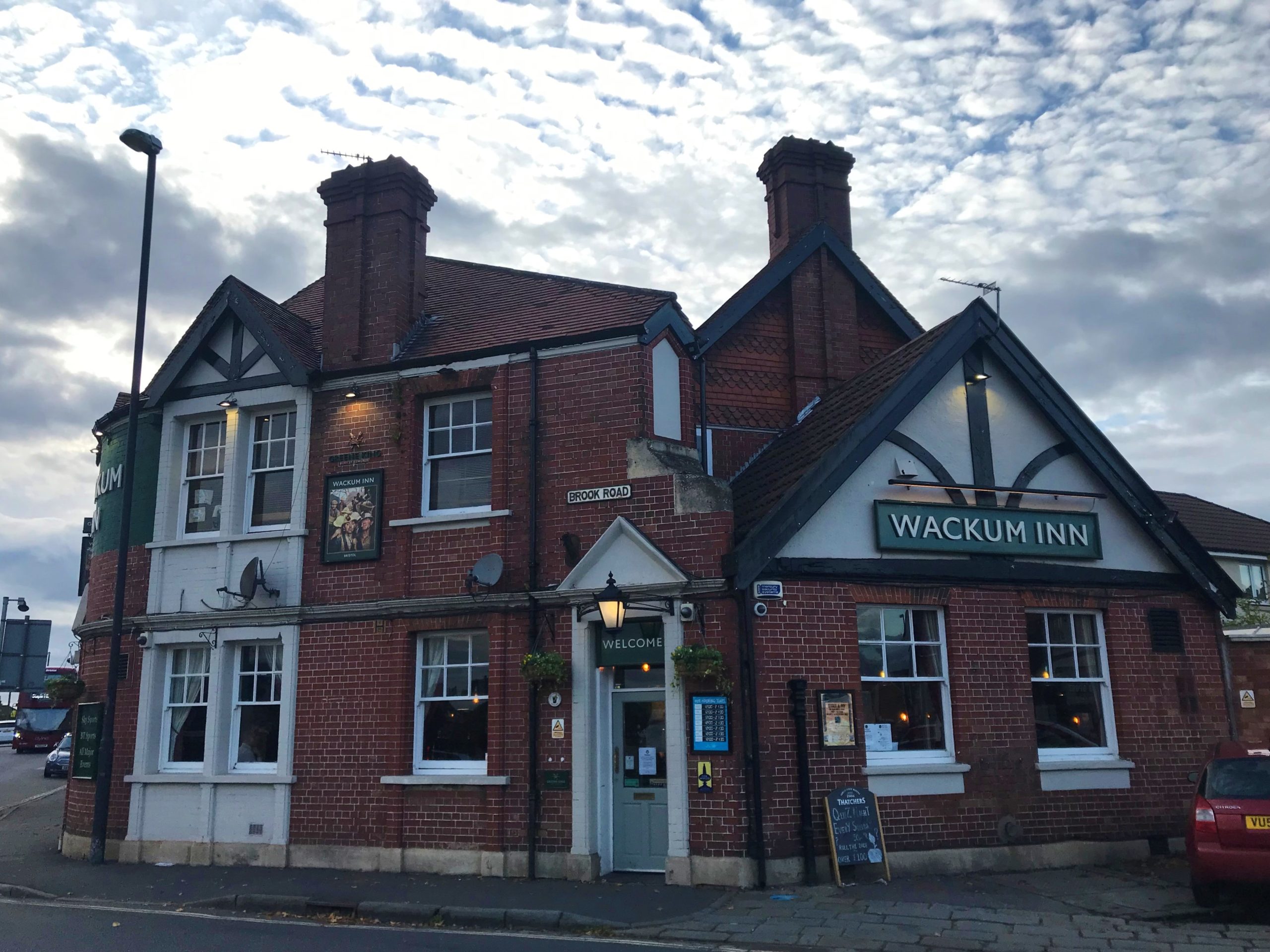 Read more: There is a new road in Speedwell called Cheers Drive