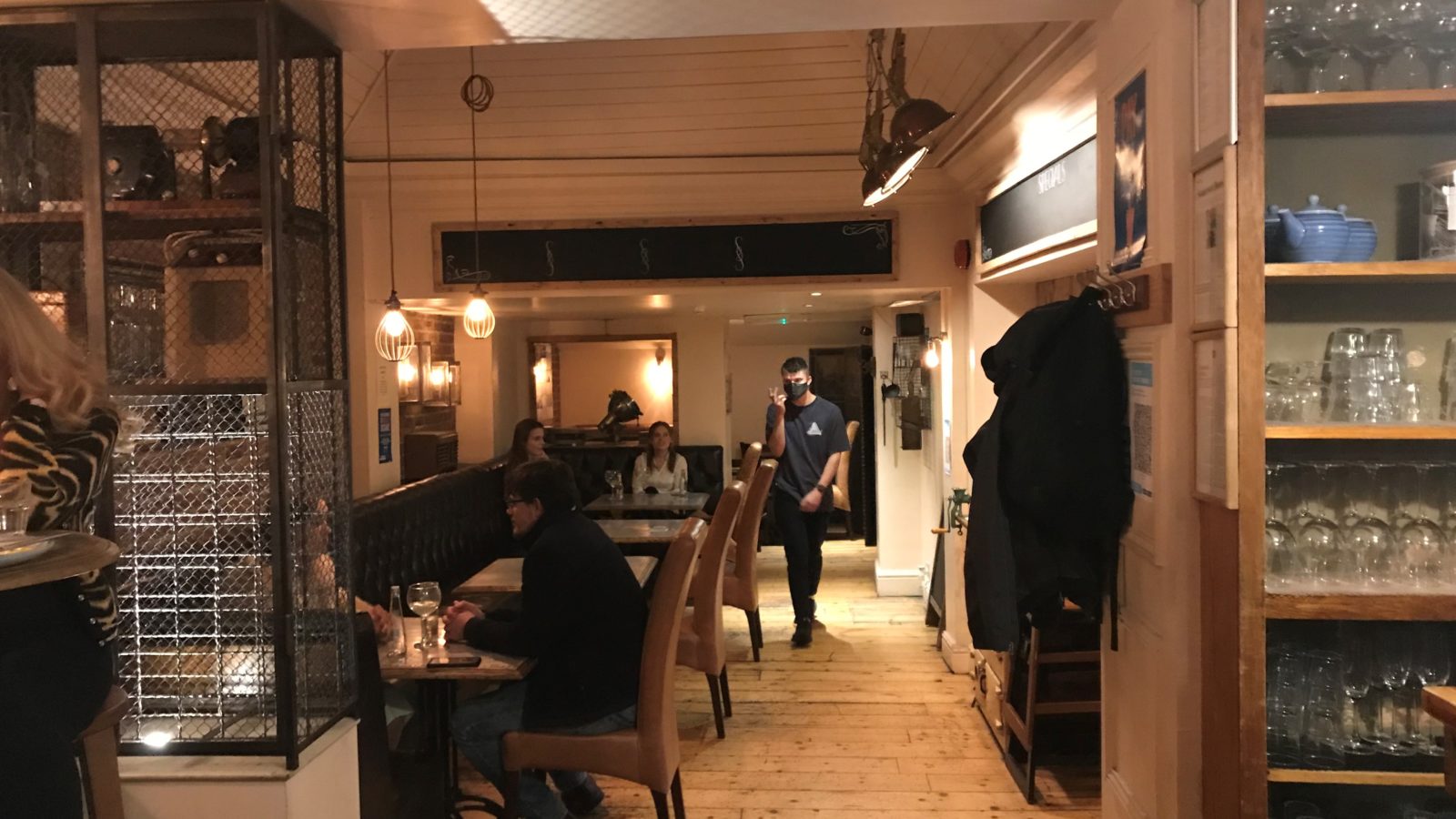 On a recent Thursday in BS8, a man in need of a drink walked by four pubs that were closed before quenching his thirst in the Somerset House.

The Lion in Cliftonwood and the Lansdown, Brunel and Clifton in Clifton Village were all shut on this particular evening. Like from a parallel universe, however, only a few hundred yards away there were queues to get into the Coronation Tap.

Bristol students can now get Corried on a weekday without the need to stumble to lectures the next morning; only having to get as far as their laptop for an online class.

In the Somerset House on Princess Victoria Street, university days were long behind most of the well-groomed patrons.

The pub was taken over this year by new landlords, Dom and Jennifer Biondi, who have introduced the likes of a steak night on Tuesday and ‘fish & fizz’ deal on Friday, with Dom in the kitchen and Jennifer looking after front of house duties. 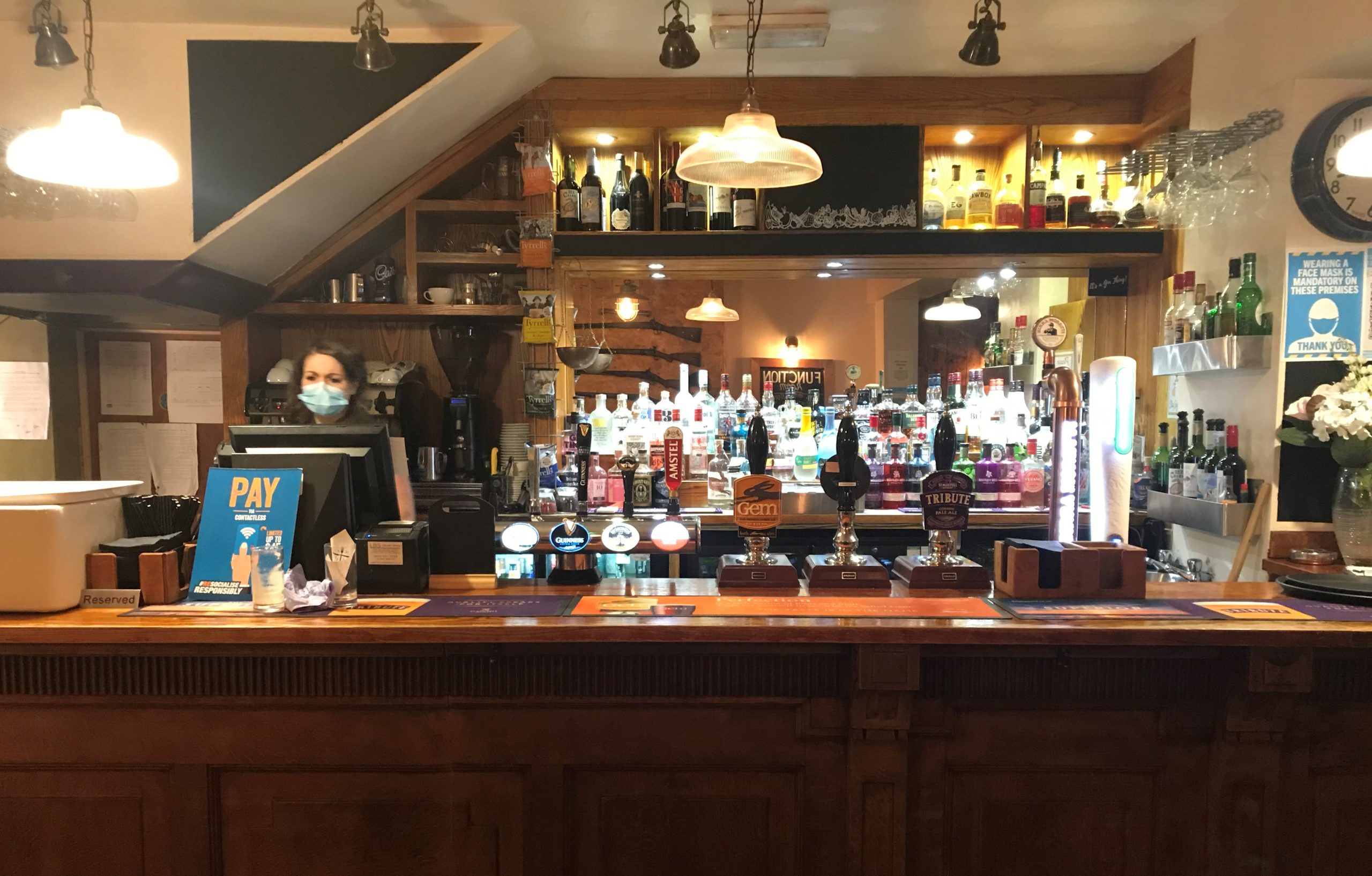 Having run The Wig & Pen in Truro for the past five years, Dom and Jennifer Biondi say they hope to bring a taste of Cornwall to the Somerset Arms – photo: Martin Booth

At one of the window tables on Thursday, a small dog had a chair to herself as her owners finished their supper.

Around the neighbouring table – underneath a huge spotlight that looks as if it has come straight from a 1950s Hollywood movie set – a group of female friends were maxing out the rule of six, empty tonic bottles and champagne flutes the sign of a good night.

It seems a shame that a pub with Somerset in its name does not have any Somerset ciders on tap. Instead, the two options are Orchard Thieves, made in Ireland and owned by Heineken, and Symonds from Herefordshire.

The beer option is a bit more local, with Gem from Bath Ales one of the available two cask ales alongside St Austell’s Tribute.

The thirsty customer savoured his £5.25 pint of Guinness. The best thing about Somerset House tonight? It was open on a Thursday. 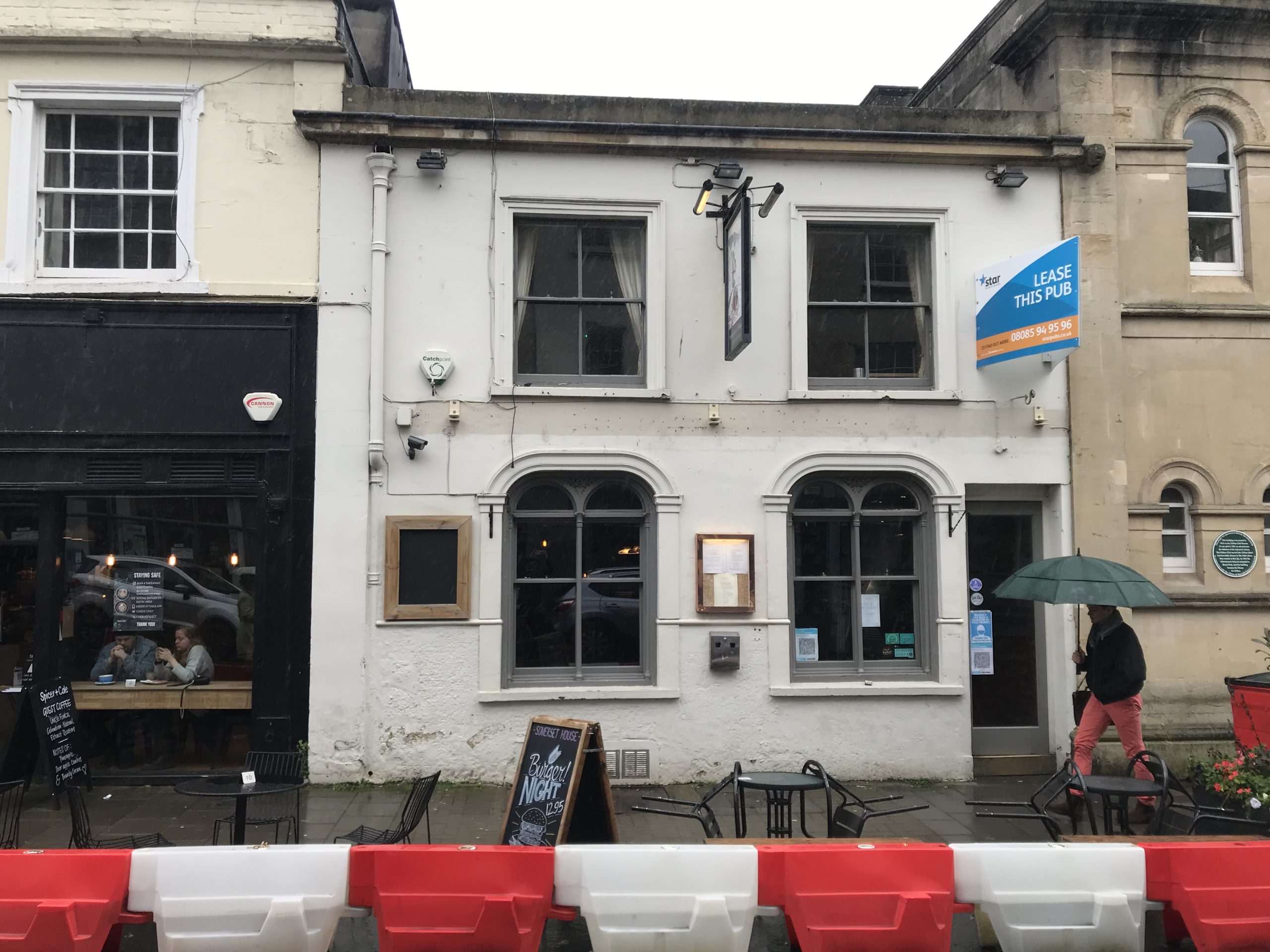