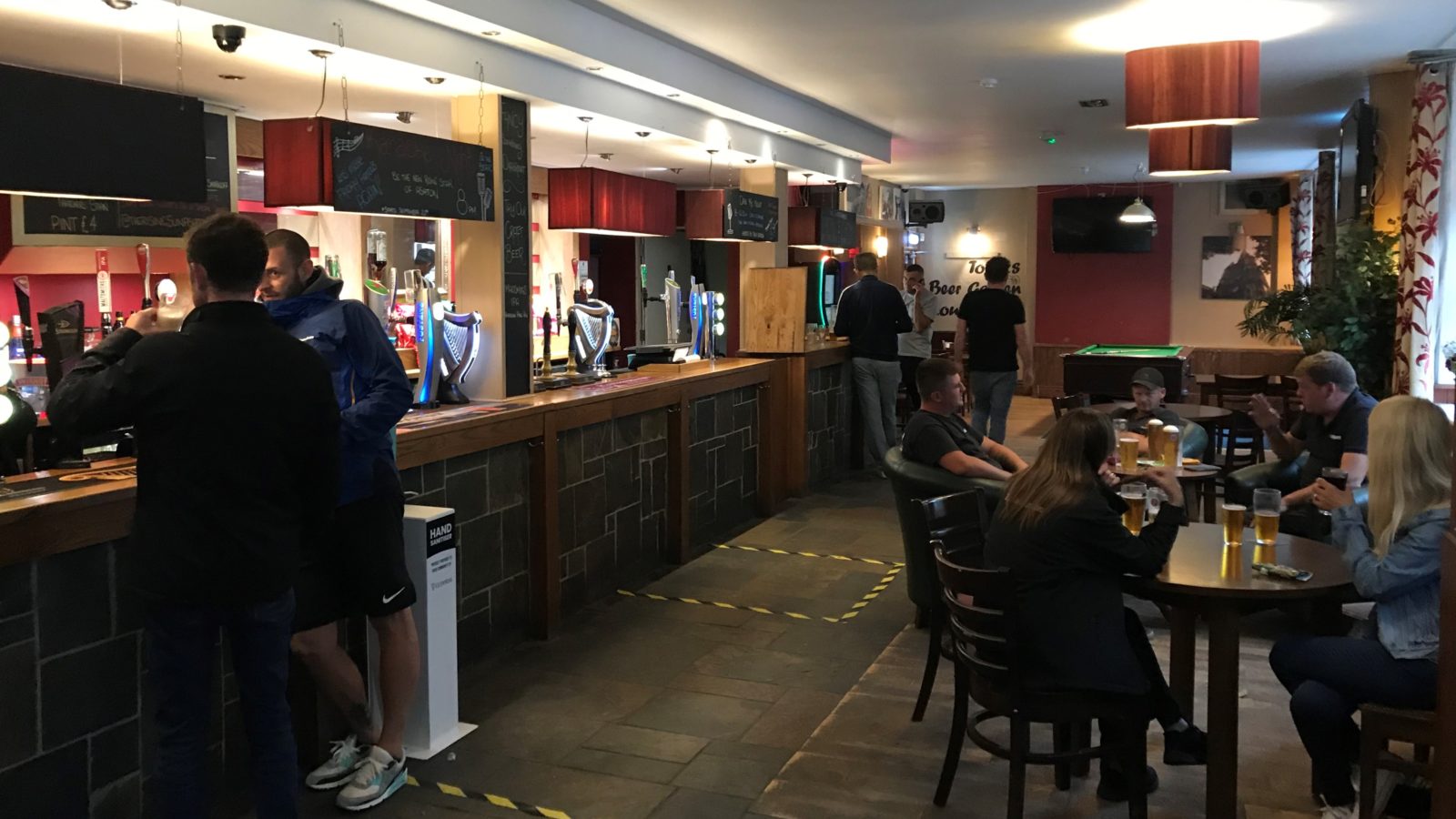 With just over an hour to go until a top of the table clash (trademark: all printed media) at Ashton Gate, the Rising Sun would normally be packed with punters.

But these are not normal times and with crowds still not allowed into stadiums, a few Bristol Bears fans walked into the pub soon before 7pm on Tuesday to watch the match against Exeter on BT Sport on the big screen.

As strong winds outside blew faded bunting from the 2019 Rugby World Cup against the front windows, drinks were ordered at the bar.

At £3 a pint, it’s a cheap round in here, with the two scrumpies on offer, Thatcher’s Stan’s and Westons Old Rosie, costing just a pound more.

The trio of friends secured a table in front of the big screen to watch the rugby being played only a few hundreds yards away within the bio-secure bubble of Ashton Gate.

New coronavirus precautions at the Rising Sun include taped yellow and black lines on the floor, and a hand sanitiser sponsored by Guinness.

Above the hand sanitiser is a blackboard advertising the return next month of karaoke: ‘Be the new rising star of Ashton’.

The Rising Sun dates back to at least 1855 and was once part of a cluster of brewery buildings that belonged to Baynton’s Somerset Brewery, which later became the Ashton Gate Brewery. Photo © Hartley Collection, Bristol Museum

Inside, the Rising Sun is a deceptively spacious pub, with a skittle alley, a beer garden and lounge bar, and a function room upstairs, although on a normal match day most City or Bears fans congregate outside.

The stadium down the road has a capacity of 27,000 but on this Tuesday night it seemed as if Storm Francis had kept the crowds at home.

The barmaid was taking no chances, however. “If it gets busy later, you’ll have to come and help me,” she said to a regular.

When fans can return to Ashton Gate, the Rising Sun will be busy again. Until then, it remains a waiting game. 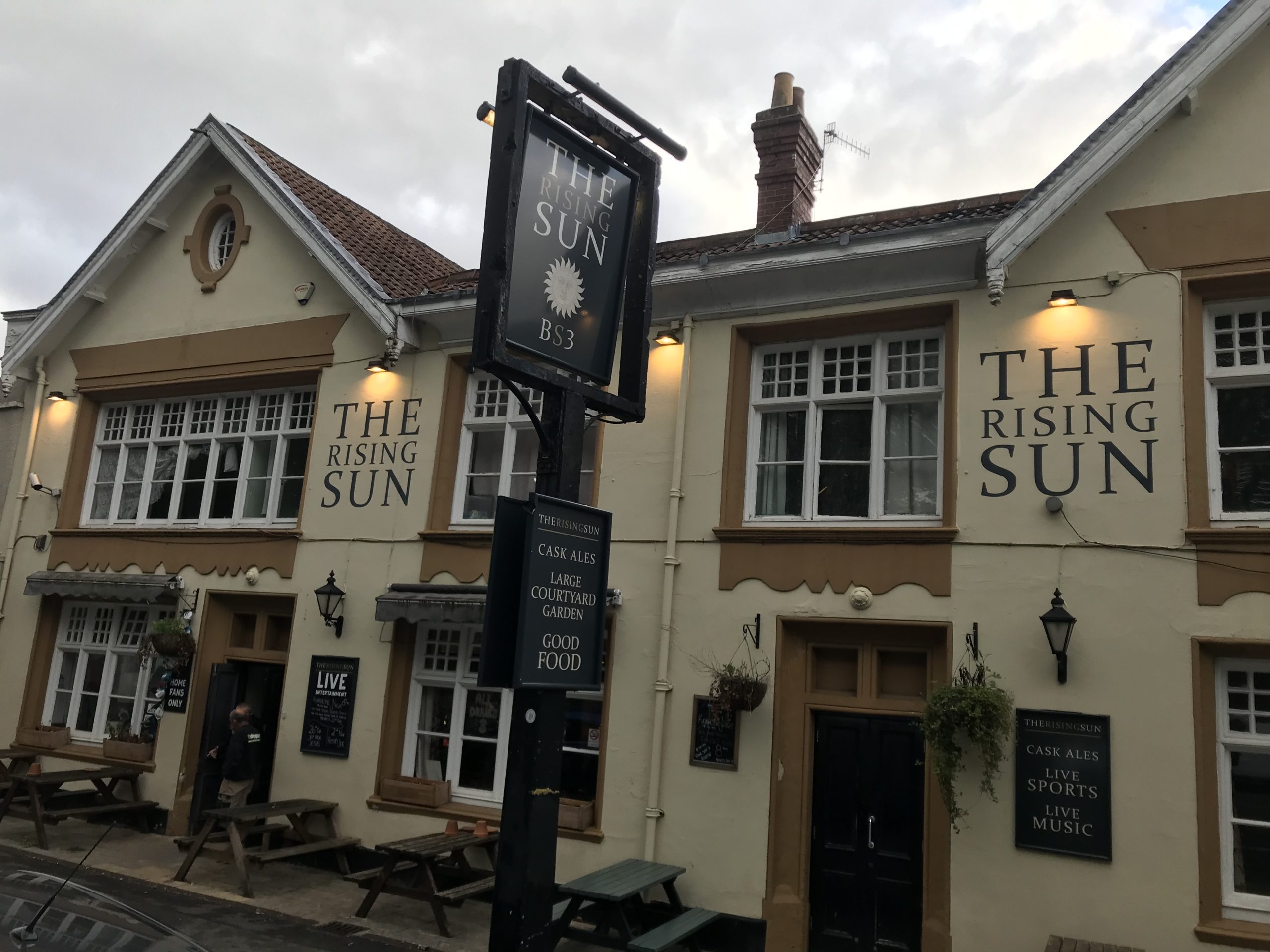 Read more: Pub of the Week: The Ill Repute