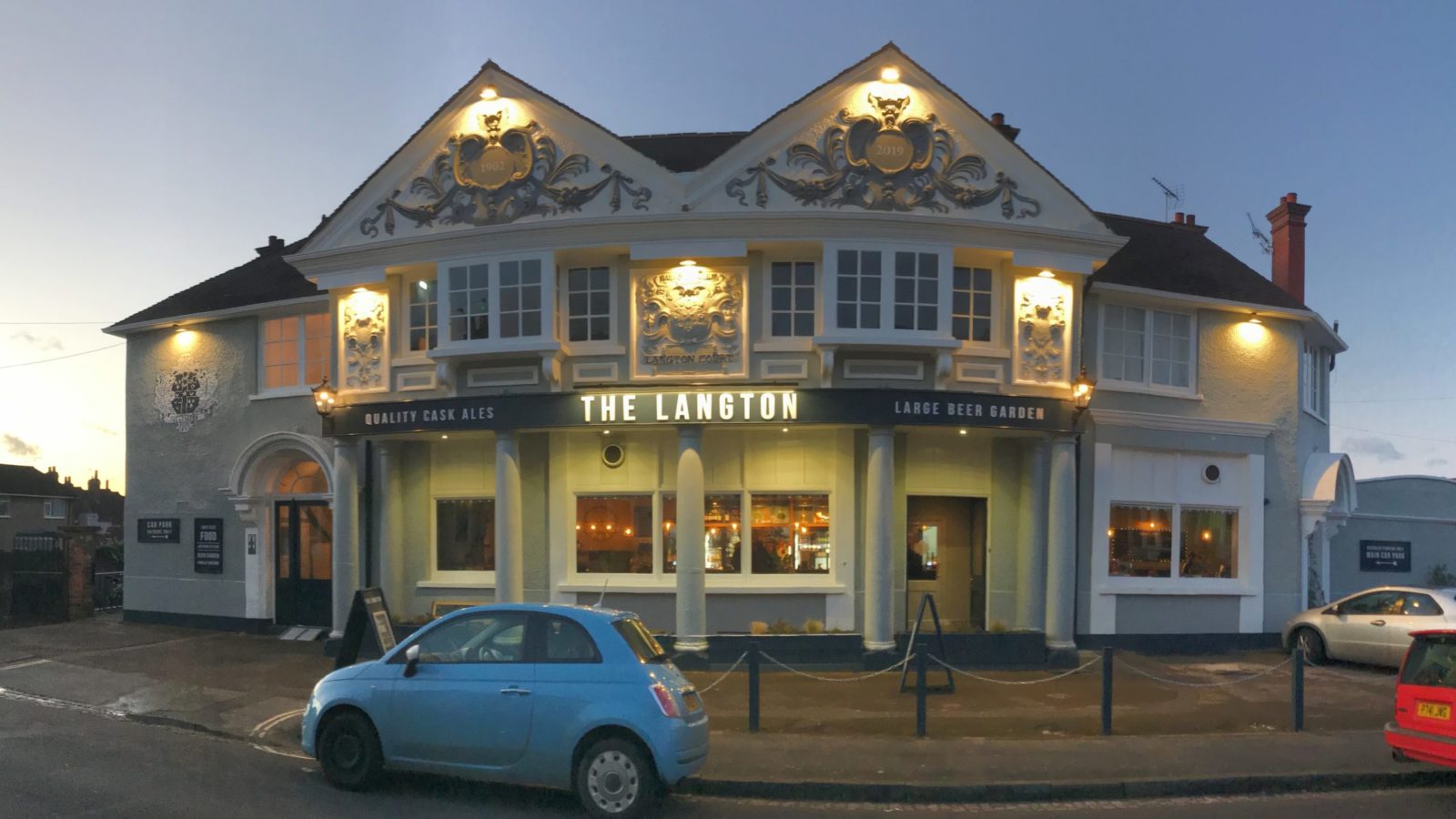 The only pub in St Anne’s was busy on a recent Thursday evening.

On the floor near the main entrance to the Langton, a fluffy dog was enjoying being given a smooth by two young sisters as the sun began to set outside.

Families were already beginning to settle down on tables for their evening meal – with a serious game of Uno taking place near one window.

In 2019, the pub underwent a £500,000 refurbishment carried out by Star Pubs & Bars, who also runs the Colston Arms on St Michael’s Hill, at the helm when it reopened.

Gluten-free brownies are on display on the bar alongside jars containing the likes of wasabi peas.

On the hand pulls currently are Gem from Bath Ales, Butcombe, Ringwood Forty-Niner and Wainwright Golden Beer all on cask, with a couple of Beavertown beers on keg alongside the more ubiquitous lagers.

The Langton reopened in May 2019 following a major £500,000 refurbishment – photo by Martin Booth

“We love kids!” is written on one blackboard next to the specials which on Thursday included creamy salmon and spinach linguine (£11.50) and chicken, leek and mushroom pie with mash and greens (£12).

While one 20-something woman ordered a large glass of Sauvignon after a hard day in the office, a group of friends were reminiscing about a recent night out in town: “Oh mate, I drank so much Jack Daniels and Coke and that, I was buzzing my tits off!”

Inside the Langton –  built in 1902 on the site of the former Langton Court House – neighbours bumped into each other and almost the dog, now no longer having a smooth but becoming a trip hazard under their feet. 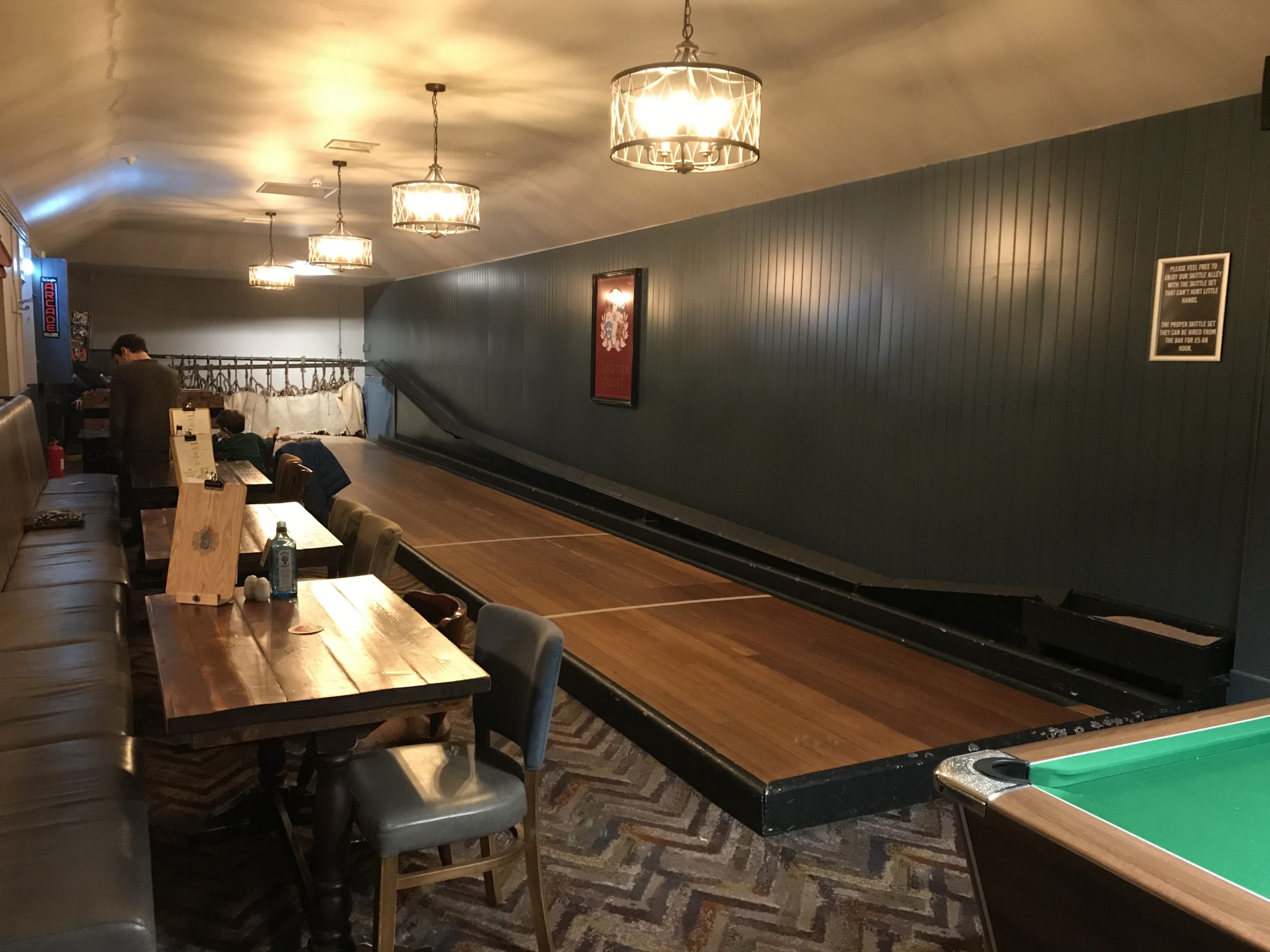 Soon after 6pm, the long bar was already full of customers attempting to catch the eye of the hardworking staff on duty, many being impeccably polite pointing to the person before them to be served.

Food was now starting to come out of the kitchen, the wasabi peas put to one side to make way for the main course in this pub that has become a haven for local residents since reopening.

New players are being recruited for the pub’s darts, pool and skittles teams, the latter who play in the renovated alley to the side of the pub.

A quiz night takes place every other Monday, foodie night with cuisines around the world coming soon, open mic night the last Thursday of the month, live music every first Sunday of the month, and a cider and beer festival coming in May.