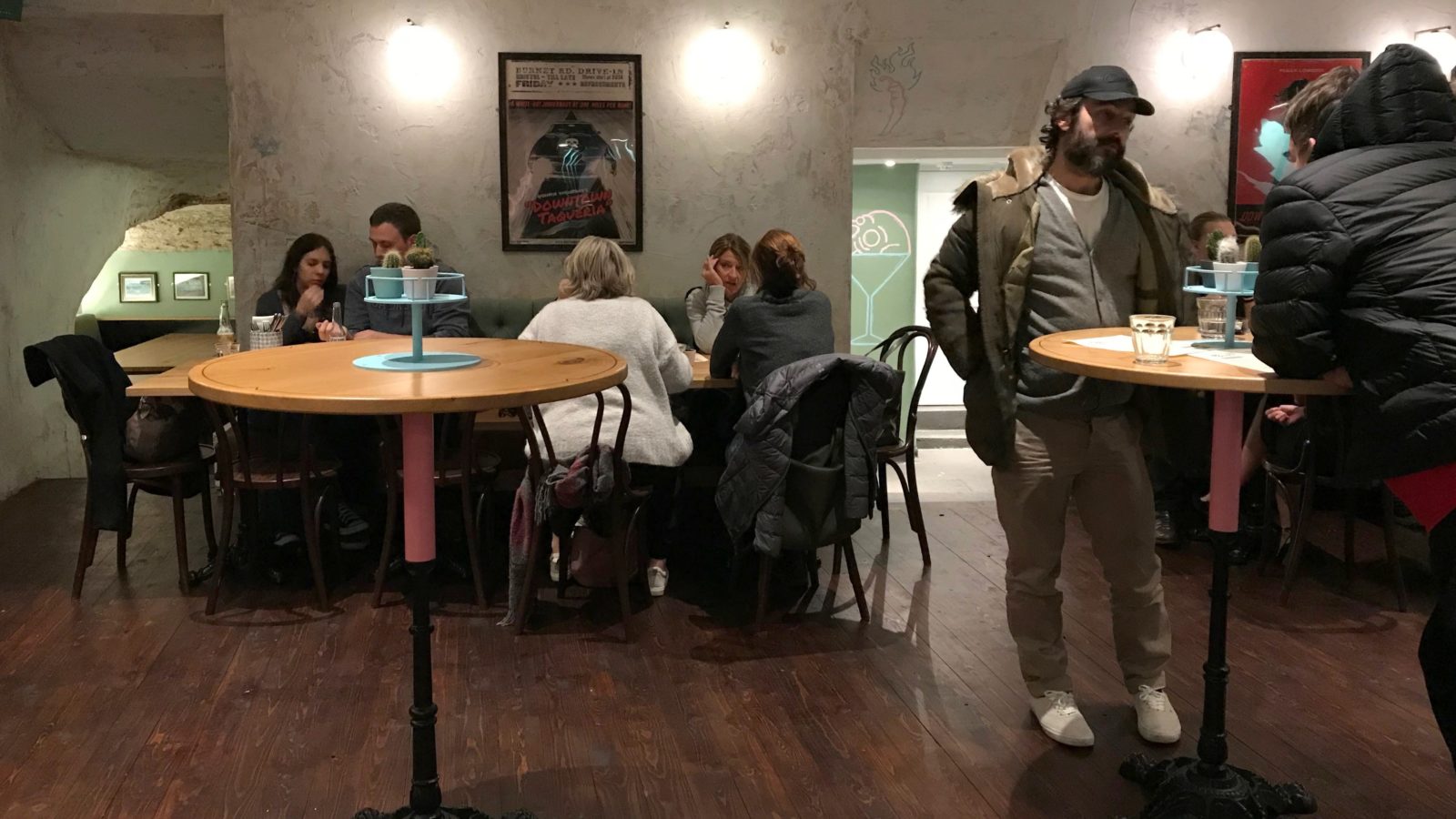 “It’s a bit naughty for a Monday night,” said Downtown Taqueria owner Richard Tring to a customer with a neatly trimmed beard who was deciding on which tequila cocktail to order.

The naughty drink in question was Death Proof – El Jimador Blanco tequila, Montelobos mezcal, yellow chartreuse, absinthe, Campari, passion fruit, apple and lemon – part of which is made in a customised slushy machine behind the bar.

It was decided that as it was a school night, a safer bet would be the Paloma – also with El Jimador but this time accompanied by grapefruit juice, grapefruit soda and lime. 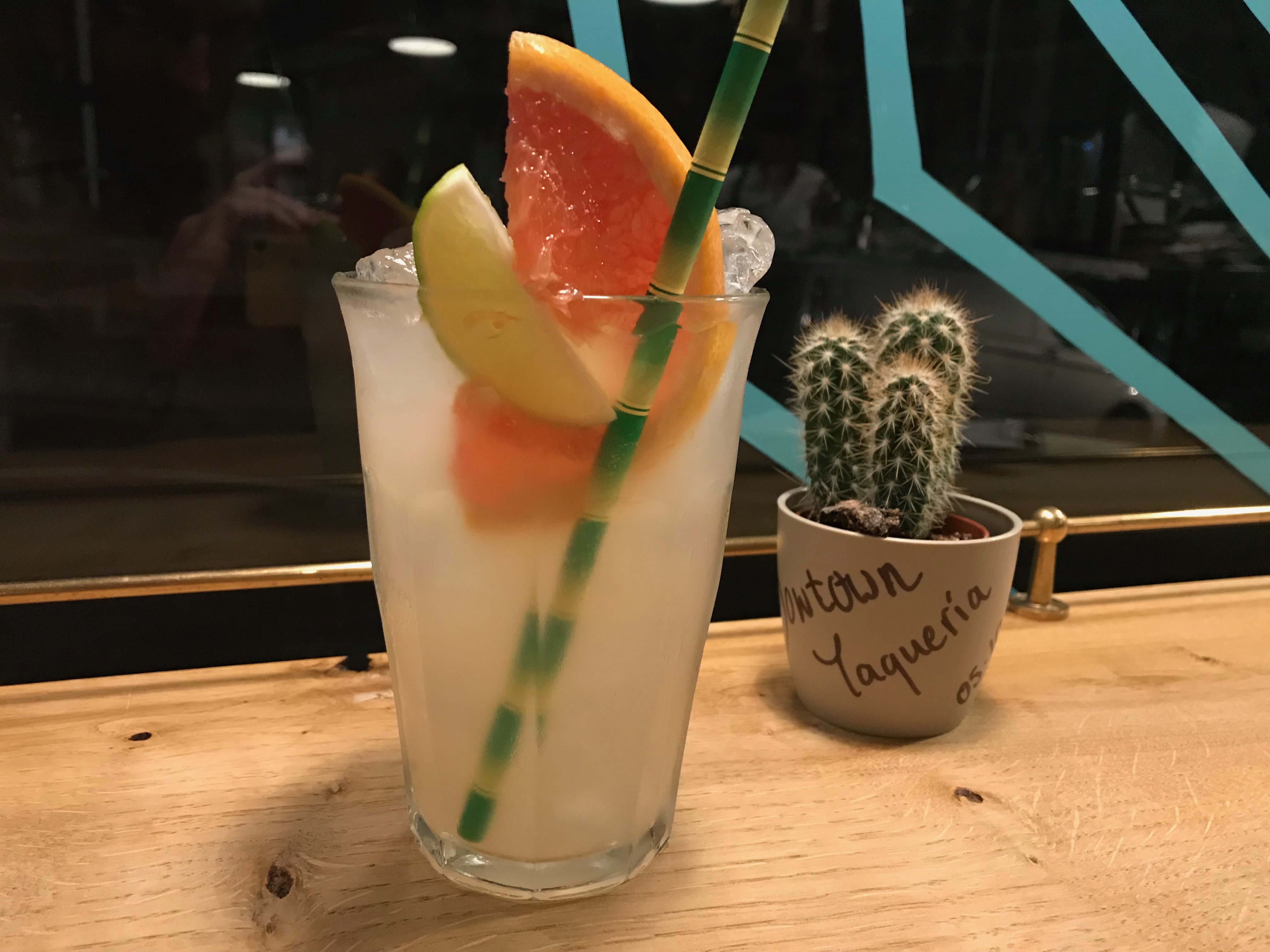 The Paloma cocktail at Downtown Taqueria

Open for lunch from midday every day, Downtown Taqueria really comes into its own when the sun has set, with cocktails knocked back and tacos filled to the brim flying out of the small kitchen on Monday.

Tacos here costing either £4 or £5 come both meaty, fishy and vegan. The pick of the bunch on this particular evening was the Holy Mole with Somerset oxtail, cheek and shin; chilli with smoked chipotle and cocoa, with sour cream and tomato salsa.

On a return for lunch the following day, £5 burritos had replaced the tacos in this former joke shop that was originally reopened by Tring and his business partner Jack Bain as French wine bar Le Poivrot until a sharp pivot after 12 months into Downtown Taqueria. 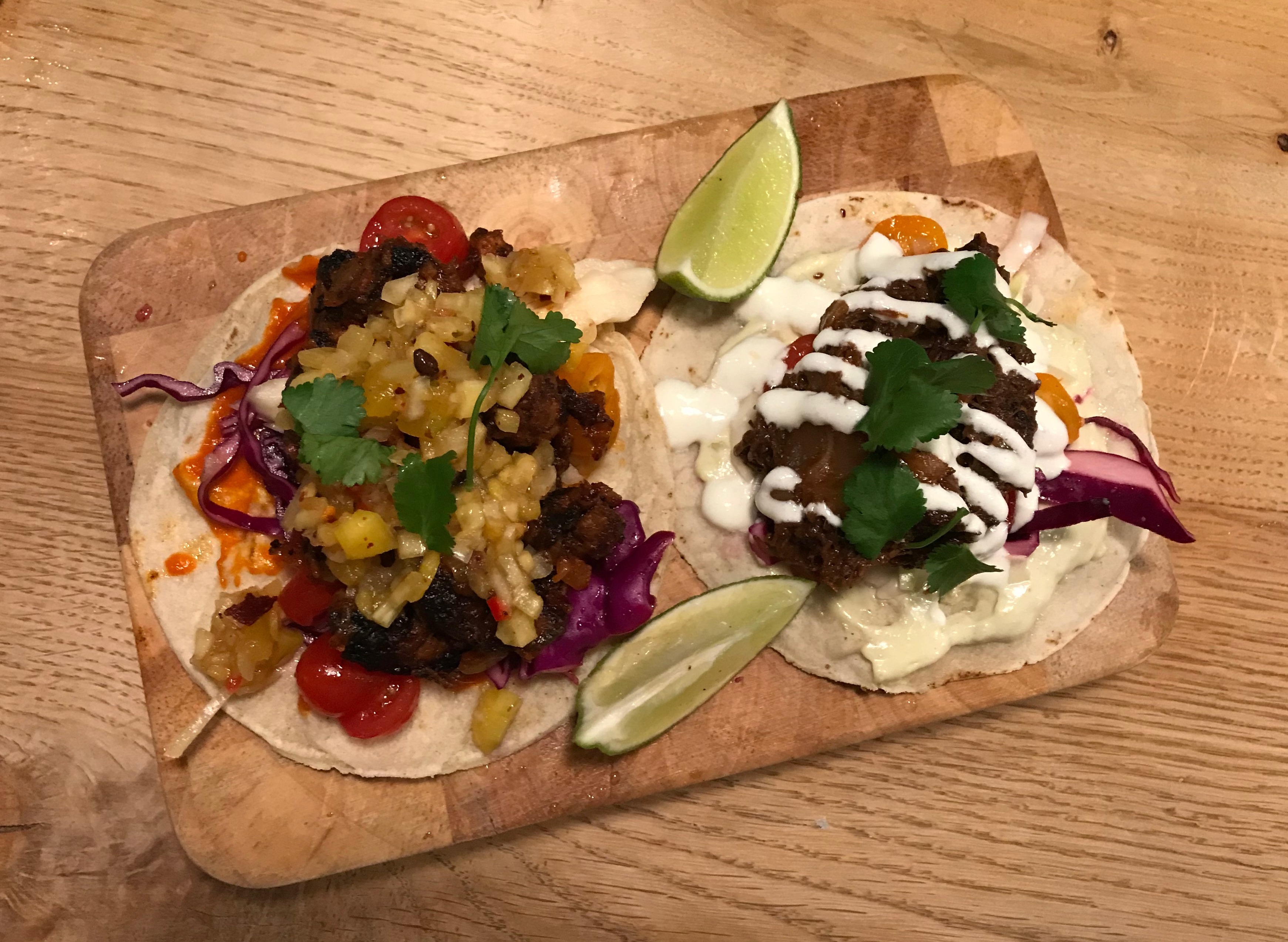 A couple of the tacos at Downtown Taqueria 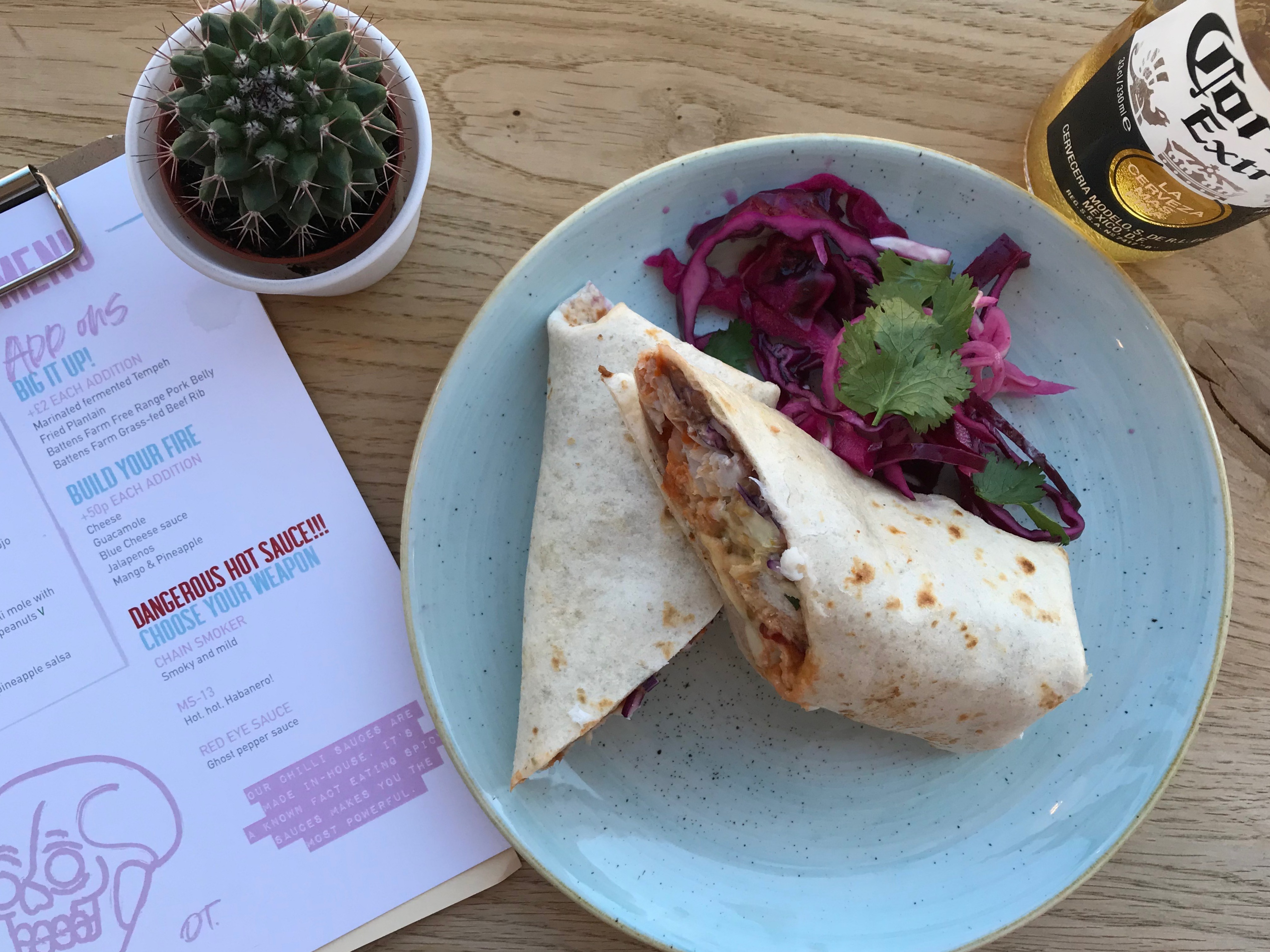 Burritos are the food option at lunchtime

Retaining the original tiles and feature bar, it now has the addition of a hand-painted window with graphics designed by Gareth Aldridge (who has also given vintage film posters a Downtown Taqueria twist).

This new restaurant and bar aims to satisfy Bristol’s appetite for all things Mexican but heading slightly north – with the food menu also influenced by Texas, which as you of course already know used to be part of Mexico until 1836.

In a nod to this place’s former incarnation, it’s still possible to get wine by the glass or bottle – but there are currently only four options as opposed to dozens before when it was Le Poivrot.

It’s tequila and mezcal that are the stars of the show now – whether it’s a school night or not – as are those terrific tacos. 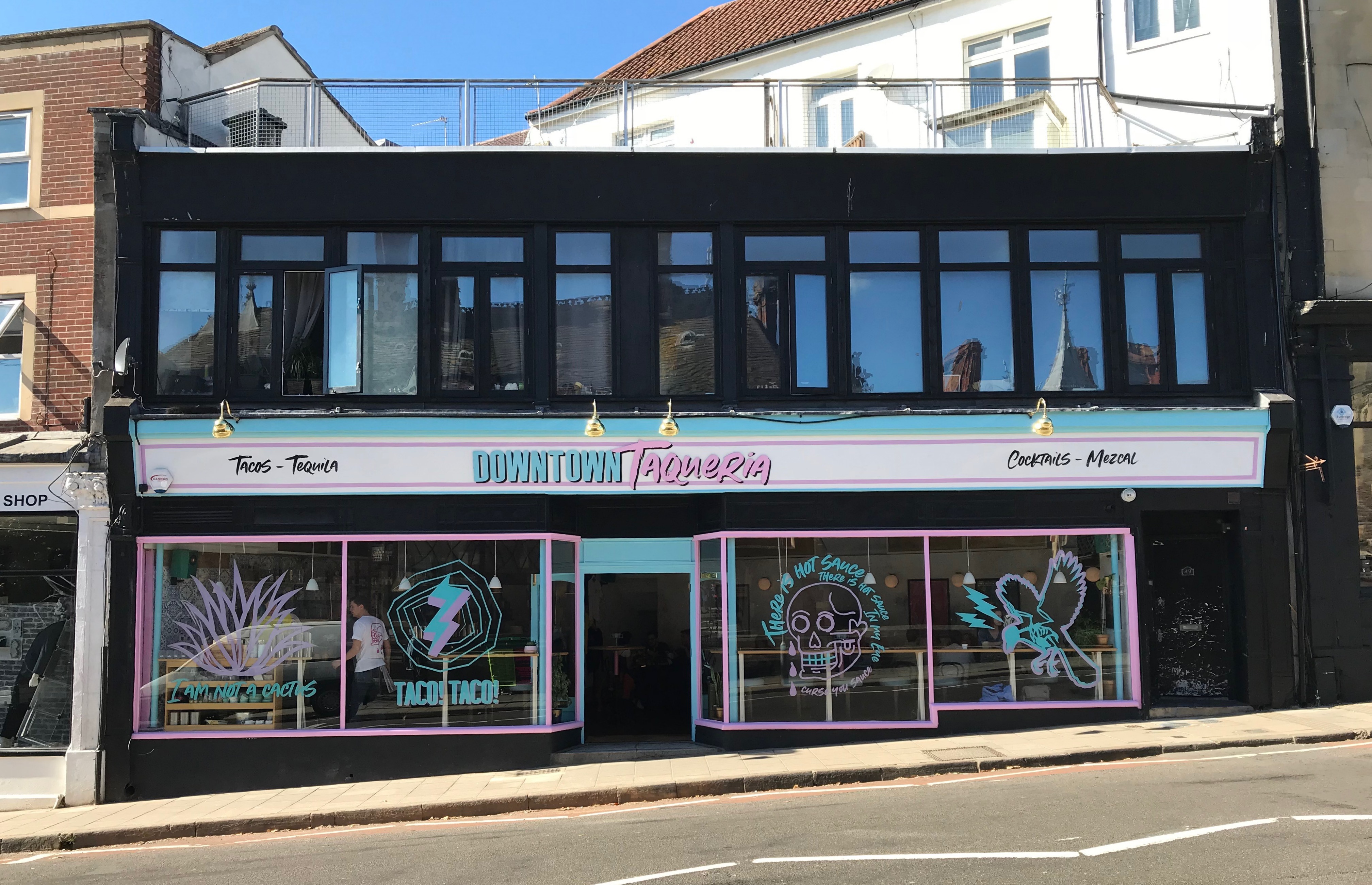