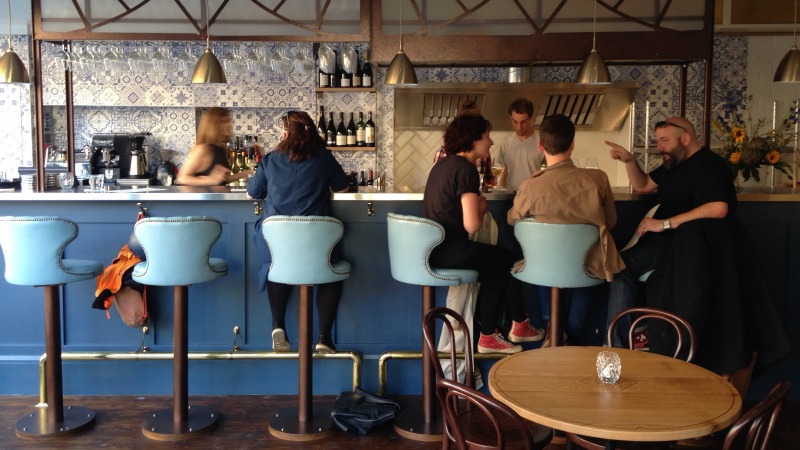 A seat at the bar is much sought after at Friday night after-work drinks in Le Poivrot.

“I want the driest and coldest white wine you have,” comes the instruction from one guest, after she looks around her new surroundings, paying particular compliments about the blue and white tiles on the wall behind the bar.

“Coming right up,” says manager Philippe, before bursting into a stream of French as a friend of his walks through the door.

“We’re gonna be busy tonight,” he continues in English.

This new wine bar’s name can be roughly translated from French as a romantic term for a drunkard, more akin to the old sot or charming old boozer according to its owner Richard Tring.

Another of Richard’s businesses is spirits shop Weber & Tring’s only a stone’s throw away on the Christmas Steps. His cocktail bar Red Light is a short stroll hidden in plain sight behind a graffiti-strewn doorway just off College Green.

Behind Philippe as he pours more wine is a baguette ready to be cut, with plates of bread, charcuterie and cheese boards (£8 for a small plate and £16 for a large plate) being produced as if by magic.

Once an elusive chef has been found, expect a typical French menu including steak frites, croques monsieurs, and perhaps raclettes and fondues come the evening. 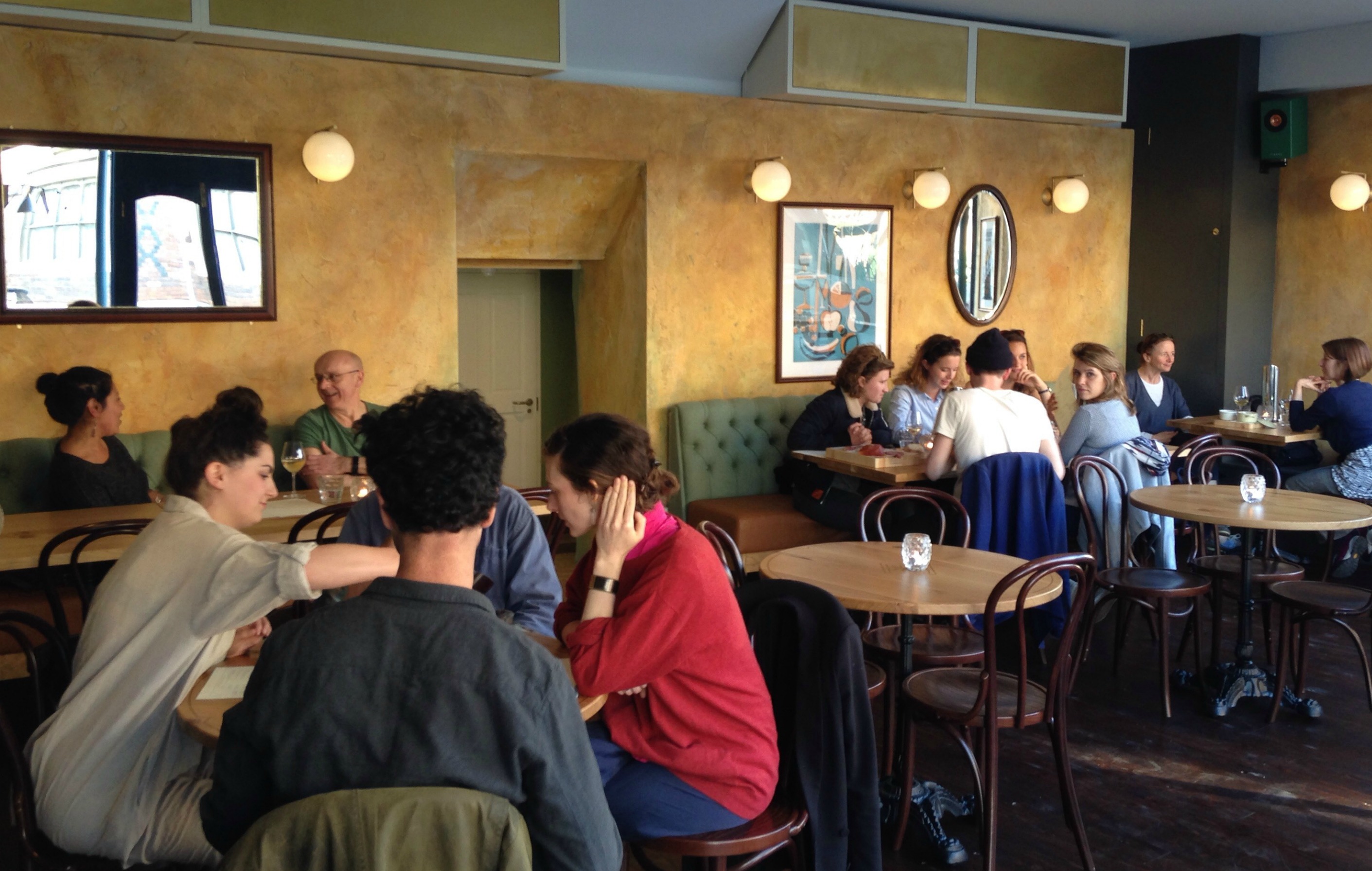 This may be – according to the top of the menu – “a modern wine bar with a fresh approach”, but if you ask nicely enough the drinks don’t just include wine. Glimpse into the fridges for a handful of bottled beers, and there are also a few spirits such as Chartreuse, Aperol and Ricard.

But it’s the wine that is flowing as the chatter on Friday evening gets louder. Clinks of glasses accompany the conversations as more wine is ordered, Philippe deftly pouring the drinks as a colleague ensures that the glasses out of the dishwasher are polished to a radiant shine.

Richard arrives soon after 6pm and immediately gets to work behind the bar, giving the surface a wipe before uncorking a new bottle.

Wine by the 125ml glass here starts at £4.50 for a 2014 Montravel Sec from Bordeaux, or £13 for a 375ml carafe. There are more than a dozen other wines by the glass, including two sparkling options and two sherries; and more than 40 to choose from in bottles.

There will be some mighty fine evenings spent here imbibing whites, reds, oranges, roses, sweet and fortified wine, as well as a few aperetifs and if you’re pushing the boat out, even a trio of magnums.

It’s almost a joke to think that Le Poivrot used to be a fancy dress shop such is the transformation inside and out – with handpainted signs on the window and above the door, a dark wooden floor matching the chairs, and blue leather bar stools the same colour as the cloudless sky on a spring evening with summer on the way.

Grab a seat at the bar if you can, have the wines recommended to you by Philippe, Richard and the team, and let the conversation and drinks flow. 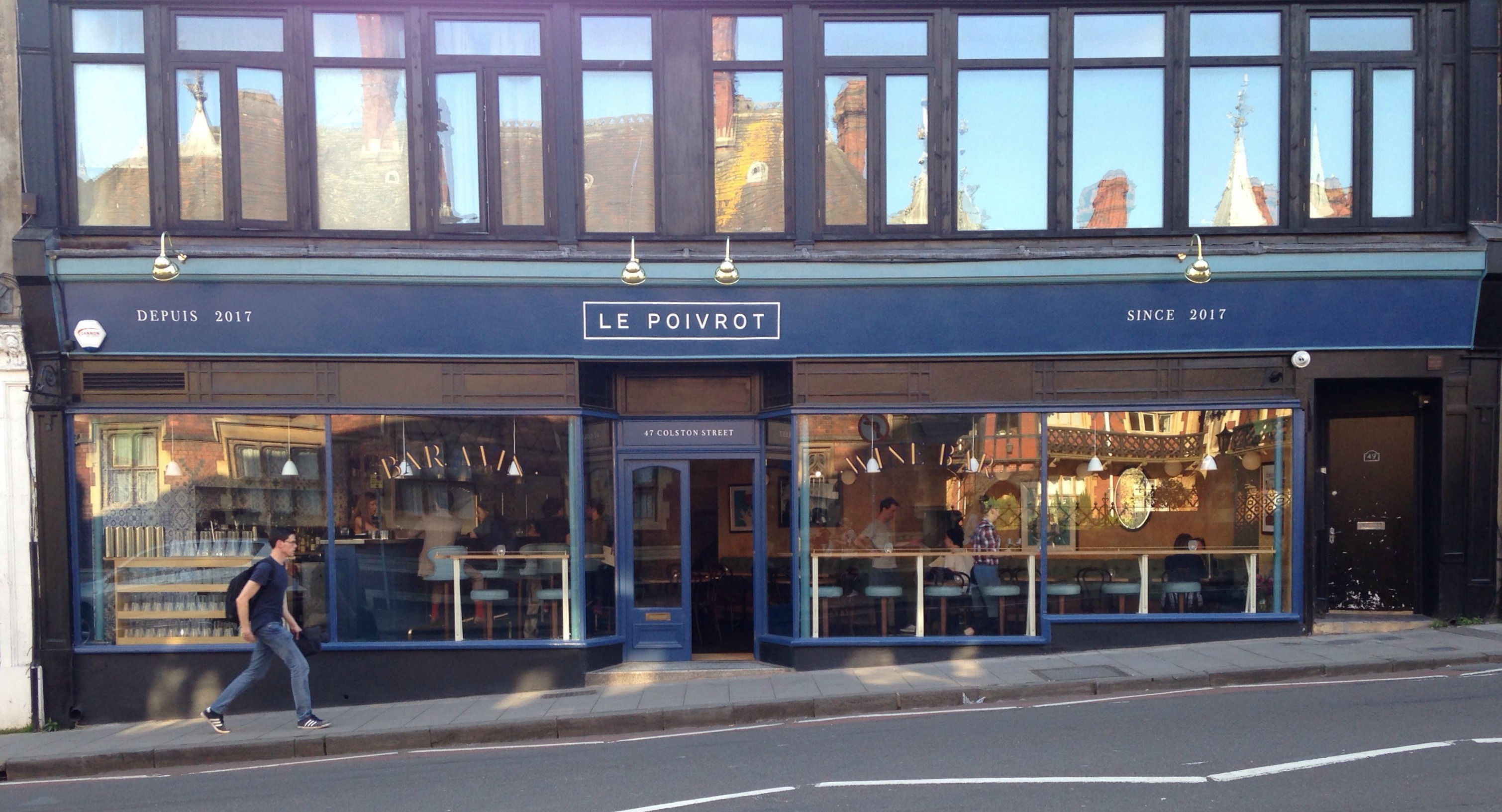 Read more: ‘Bristol is about as good as it gets for bars in the UK’