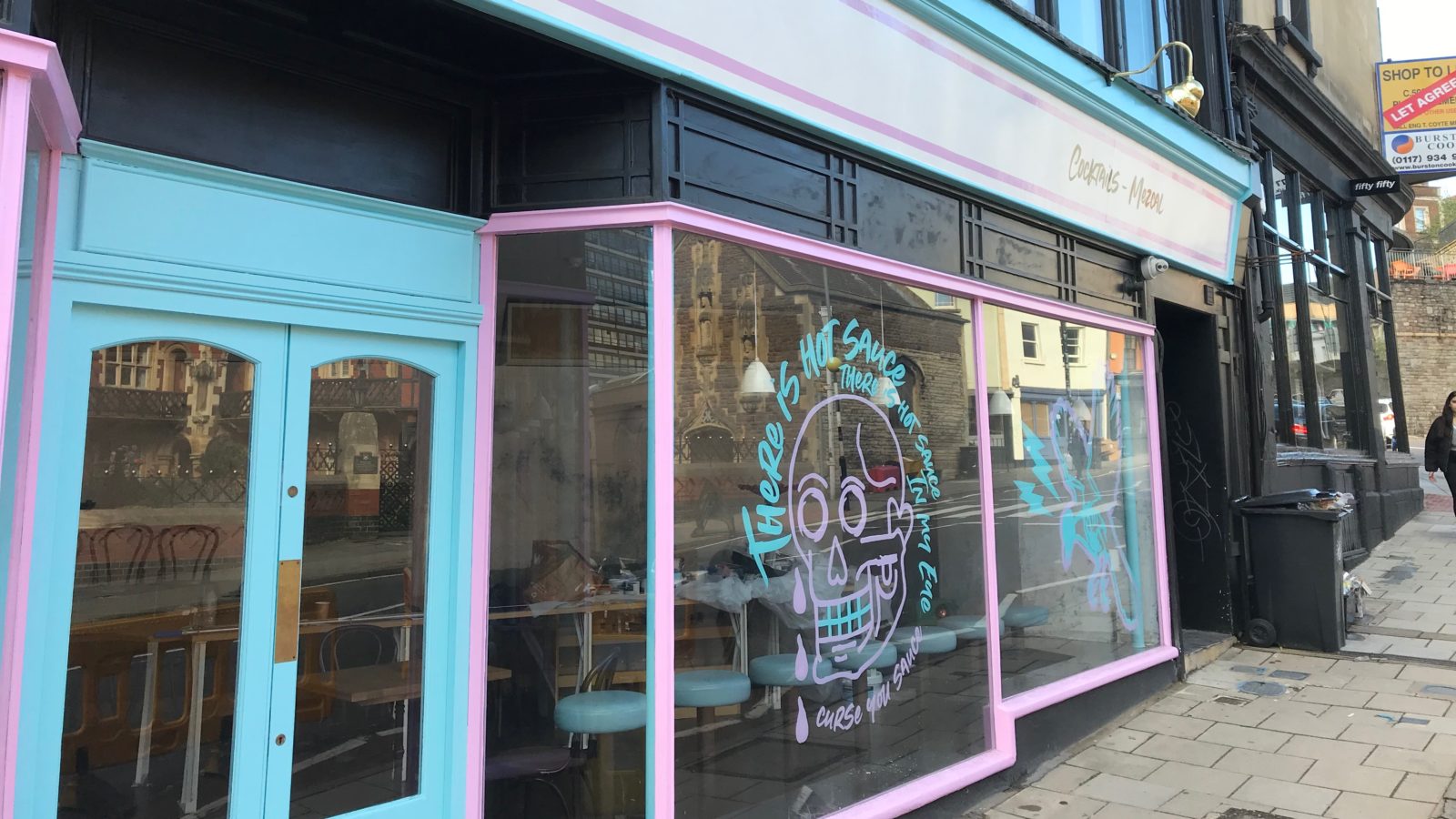 Downtown Taqueria opening on Colston Street in early October promises “top tacos and world class cocktails” alongside the sort of tequila and mezcal that you sip rather than swiftly knock back with a grimace.

Food at the new restaurant and bar will be inspired by Los Angeles taco truck culture, with the drinks from the same team behind Red Light bar on Unity Street and nearby shop Weber & Tring’s on Christmas Steps.

Due to open on October 5 in what was previously the short-lived but much-missed Le Poivrot, Downtown Taqueria will be open from midday from Monday to Friday offering a £5 lunch deal, with a ‘hectic happy hour’ every day from 4pm to 7pm.

Bottomless Bloody Marys will complement a Mexican brunch every Saturday from 11am to 4pm in a restaurant and bar that co-owner Richard Tring says is “suited to partying, laughter and good times, throughout the week”.