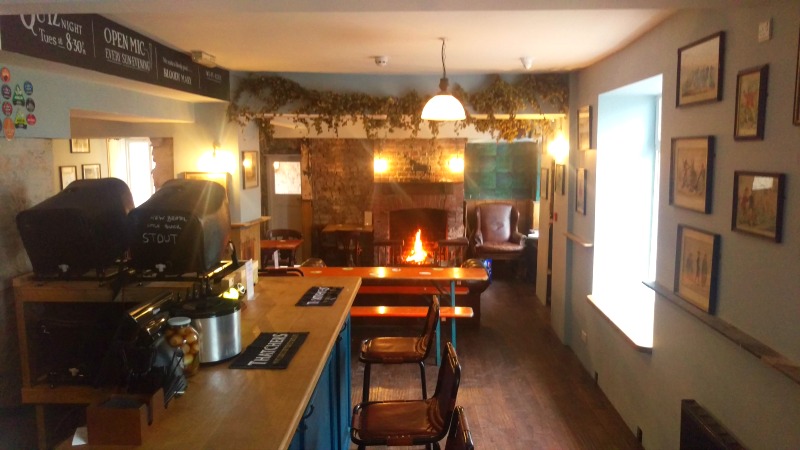 A few years ago the owner of a small chain of nicely refurbished old pubs in Bristol, who will remain anonymous, told me that he had, over recent years, received a string of requests from the good people of St George to come on down to Church Road and open a decent bloody pub there.

It was long-overdue, they said. The area is on the up, they said. But the pub world hadn’t cottoned on. Come now. Help us.

Now, people who frequent Church Road – which until a few years ago had more boarded up shop windows, bookies and charity shops than anything else – will tell you the area is going through a little bit of a renaissance.

And although the unnamed source never did take up the invites filling his email inbox, someone else has – and the early signs are good.

The Dark Horse opened earlier this month as a refit of the The Black Horse, a time warp of a pub which was frequently almost empty, often with a solitary karaoke singer silhouetted in the window.

From the outside not a great deal has changed. The brown tiles still dress the front up to waist height but a couple of old lamps now protrude over the pavement. The sound of amateur, drunk singing is a notable absence.

Inside, it’s gone from a dark, gloomy, but functional drinking hole to a light, open, family-friendly bar with light blue walls, framed pictures, wood everywhere and a roaring open fire.

It feels a lot bigger. And that’s because it is. A huge gold-edged mirror is not only an optical illusion to the space but also a door into a whole new room with a huge glitter ball on the ceiling and palm trees painted on the wall – a veritable tropical disco den.

On recent visit on a Monday afternoon, the bar was dotted with casual diners and a few babies in prams (don’t worry, the pub is “child-free” after 5pm, it says). The selection of four local ales chalked on a far wall included a Little Black Stout (£3.50) from the New Bristol Brewery – a chocolaty sweet beer with ample depth to keep you coming back.

Most people eating had a Pie Minister pie (£9.50), which all come served with mash and in-house onion and red wine gravy. You can add crispy shallots and mature cheddar cheese for an extra £1.50.

What looked more interesting was the list of unusual bar snacks. The tempura cockles (£2.50) came served in a tiny ceramic pan and had a light batter nicely pierced by the picked clams underneath.

Pigs in blankets (£2.50 for four) also come in a dainty pot, steaming hot. A pint of stout makes an excellent substitute for stuffing and Brussels sprouts, as it turns out.

The local charcuterie sticks (£2) sitting in jars behind the bar next to the pickled eggs are advertised as “posh Peperami”. Both the blue cheese with red wine saucisson and the vintage cheddar with cider chirozo, were dangerously addictive to chew on over a pint or two.

The kitchen was out of baked camembert (served with white wine, rosemary, garlic and crusty bread, £5.50), so the nachos (also £5.50)  were ordered. They came with meagre dollops of sour cream, guacamole and a very flat tasting salsa, but enough cheese underneath to make the dish into one giant, bendy crisp. It’s the only false start at this new opening where the paint is literally still drying in places.

The Dark Horse may be long overdue, but sitting just down from the newly-opened The Lock Up and just up from the Observer Food Monthly Awards runner-up The Faraway Tree it is no longer out of place.

In fact, for this revitalised corner of Bristol, it might just be the icing on the cake that many have longed for.