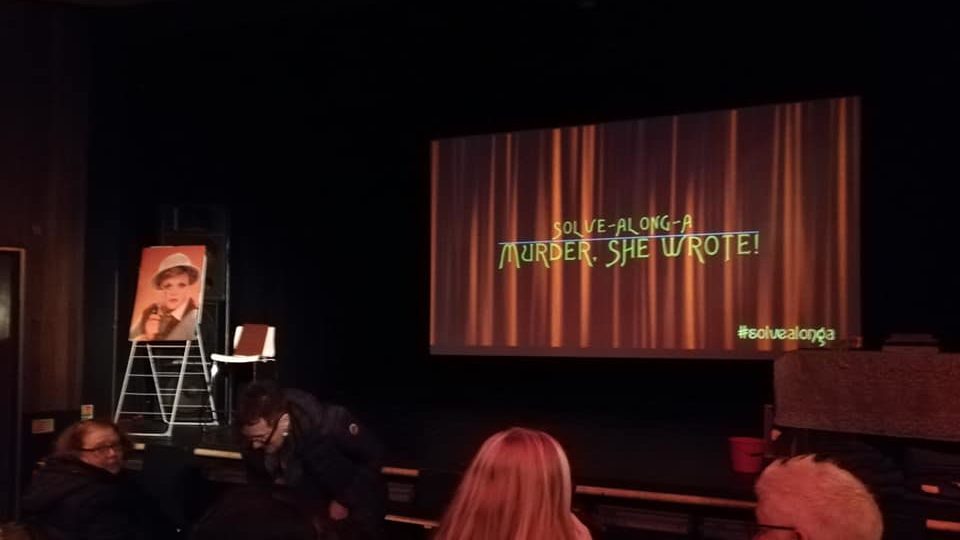 On a dark and drizzly Sunday night, 100 Murder She Wrote fans pour into the Cube Microplex.

Solve Along A Murder She Wrote is an interactive screening of an episode of the show hosted by self-confessed superfan, Tim Benzies.

It’s a varied crowd – gay men, middle aged ladies, people in their mid-20s – and there was a real aura of anticipation in the air before the show started; it was hard to know what to exepect.

The show is camp to the max. It began with the crowd in fits of laughter as Benzies comes onto the stage in full 90s Jessica Fletcher getup – including a wig.

It’s a hard show to describe, other than hilariously queer and unexpected.

“It’s a race to solve to the crime, with a whodunnit poll, taken every ‘commercial break’, singalong to the theme tune with new lyrics, a Cabot Cove quiz and raffle and clips and biographies of the campy guest stars!”

It’s certainly got all those elements, but it’s difficult to sum up the show in all of its madcap, campy goodness – it’s something you have to see to really enjoy.

With the holidays around the corner, the screening of choice was the episode A  Christmas Secret, and there were festive touches throughout the evening, such as jingle bells to shake when the festive season was mentioned.

It didn’t take long for Benzies to have the audience in stitches and he had the whole crowd in the palm of his hand the entire evening. 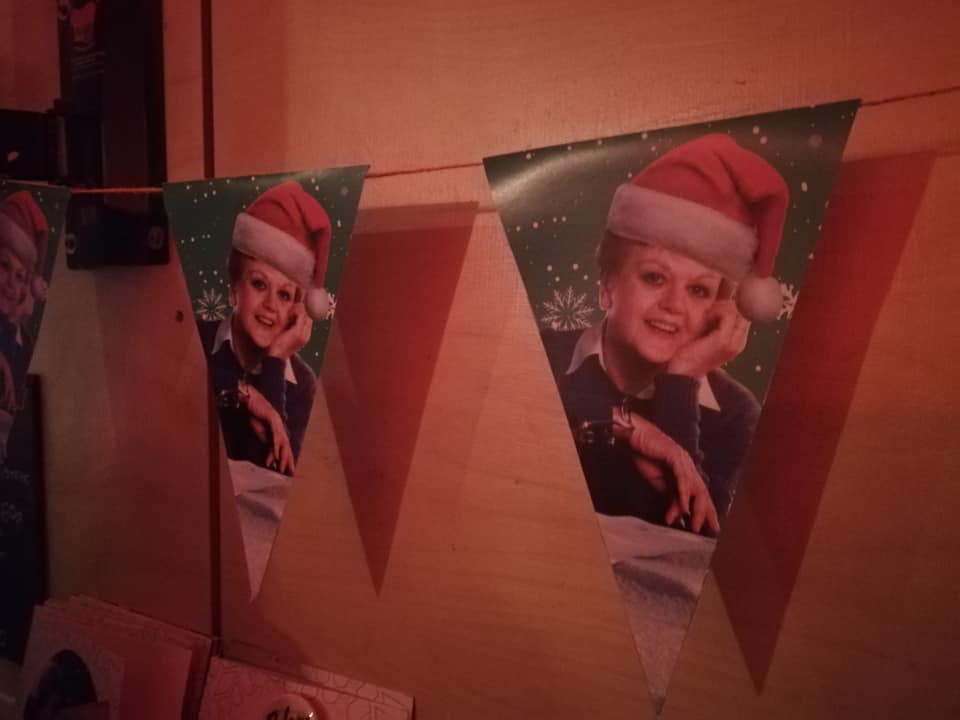 The Cube was decked out with festive Jessica Fletcher bunting. Photo by Michelle Trevena

An award-winning playwright, his skills really shine through to make something that shouldn’t work (a whole evening of entertainment surrounding a single episode of a bygone TV show) into something you’re counting down the days until the next time Benzies is in Bristol.

Solve Along A Murder She Wrote next comes to Bristol in February 2020. Check www.solvealongamurdershewrote.com for updates.