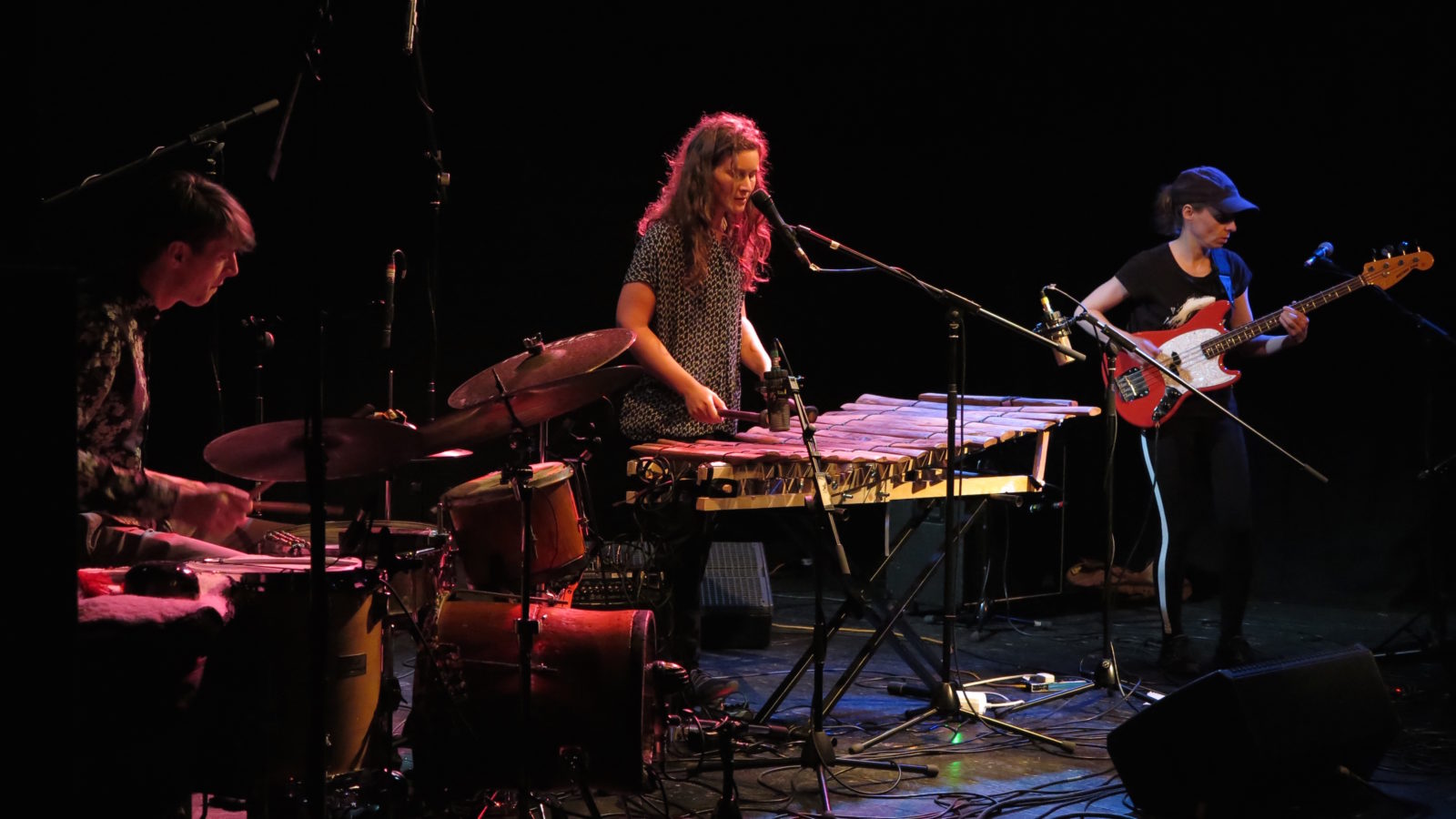 The last time Bex Burch brought her Vula Viel band to Bristol it was a five-piece world music outfit making a big collective sound. The tunes were rooted in her interpretations of the North Ghanaian traditional music associated with her gyil, a regional form of xylophone. There was jazz involved, of course, but not as axiomatically as in the new trio arrangement with formidable bass player Ruth Goller and percussion guru Jim Hart – two players of considerable stature in the contemporary UK jazz scene. The latest album Do Not Be Afraid is a collection of original tunes – mostly songs – and Bex has hitched her rough-hewn instrument to smart electronics. The musical roots are still there but the ideas are much more her own. 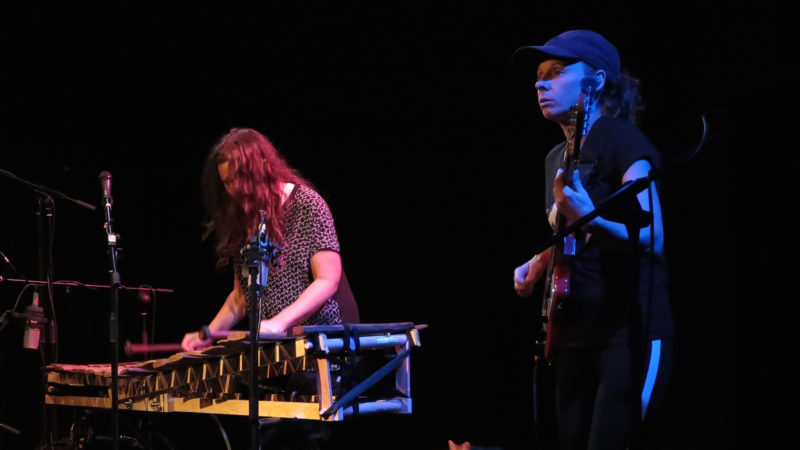 The difference was apparent early on in Breathe The Air, Ruth’s distorted bass and distinctive driving sound recalling the grit of Congotronica while Jim’s drumming took things from African polyrhythms into a dub interlude. Staccato bass emptied out the sound before a rip-snorting climax and snappy ending. There was even a free jazz intro for Home showcasing the gyil’s electronic effects before a crudely punk riff announced what would be a structurally complex piece that formed and reformed, the bass lines always nicely counterbalancing Bex’ left hand. 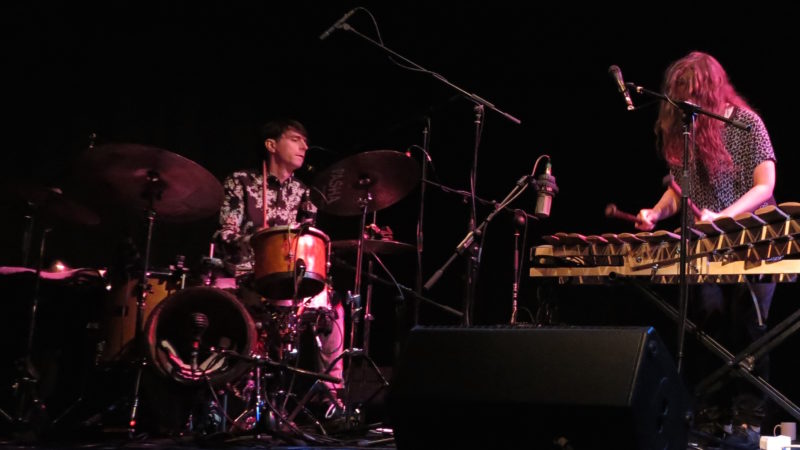 The rawness of Fire’s opening could easily have come from Melt Yourself Down, another project with Ruth’s bass, the drumming smacking down on the ringing bass in a wrestling match gathered together by an insistent gyli phrase that urged the piece forward to a growling finale. Jim’s drumming was fascinating throughout, combining as it did jazz creativity with the strictures of African percussion – interestingly the bass drum was an African hand drum turned on its side. It was especially impressive on his solo for Inside Mirror, that rich bass note and clanking metallic cowbell broadening the sonic textures that would eventually subside into a clangour of cymbals. 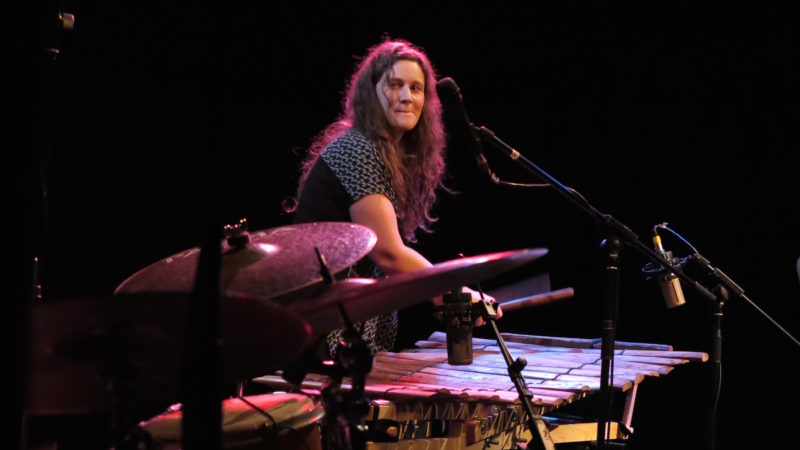 It was all clever stuff, but never dour – not least because of Bex’ unlimited supply of vigorous energy, bouncing off the ground in a whirl of reddish hair, grinning and swaying whenever she hit the groove. It could have been an infectious encouragement to get moving, and the music certainly deserved that response – but the restrictions of The Cube’s close packed seats made that sadly impossible. Instead she got generous audience participation through off-kilter clapping for I Learn, a driving number with echoes of Joy Division via Konono No 1 thanks to a crashing cadence of bass chords. It was another piece that caught the confidence of the new spirit of Vula Viel, reflecting an evolution made sharply clear by closing number YaYa Kolo, a traditional number performed by the book. 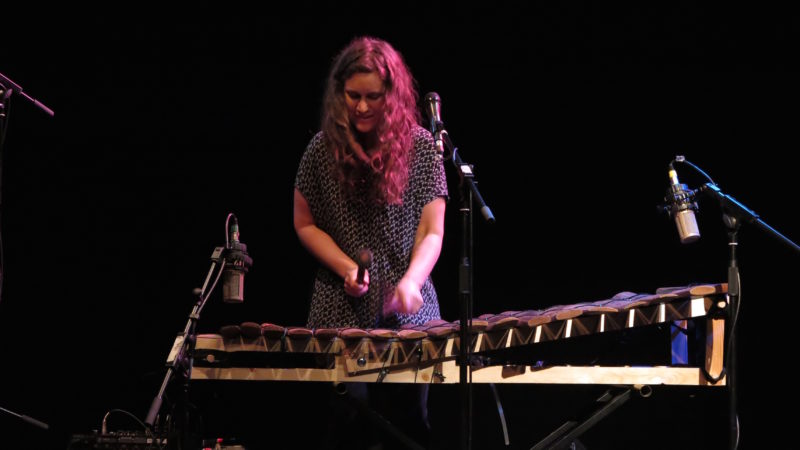 Most of the new album’s material was recorded with vocalists, so hearing them performed as instrumental tunes was interesting, too. Maybe the need to accommodate vocal lines would have damped the spontaneity that enlivened the music however and, while it would be interesting to see a performance like that for comparison’s sake, there really was no sense of anything missing from the evening’s sounds.