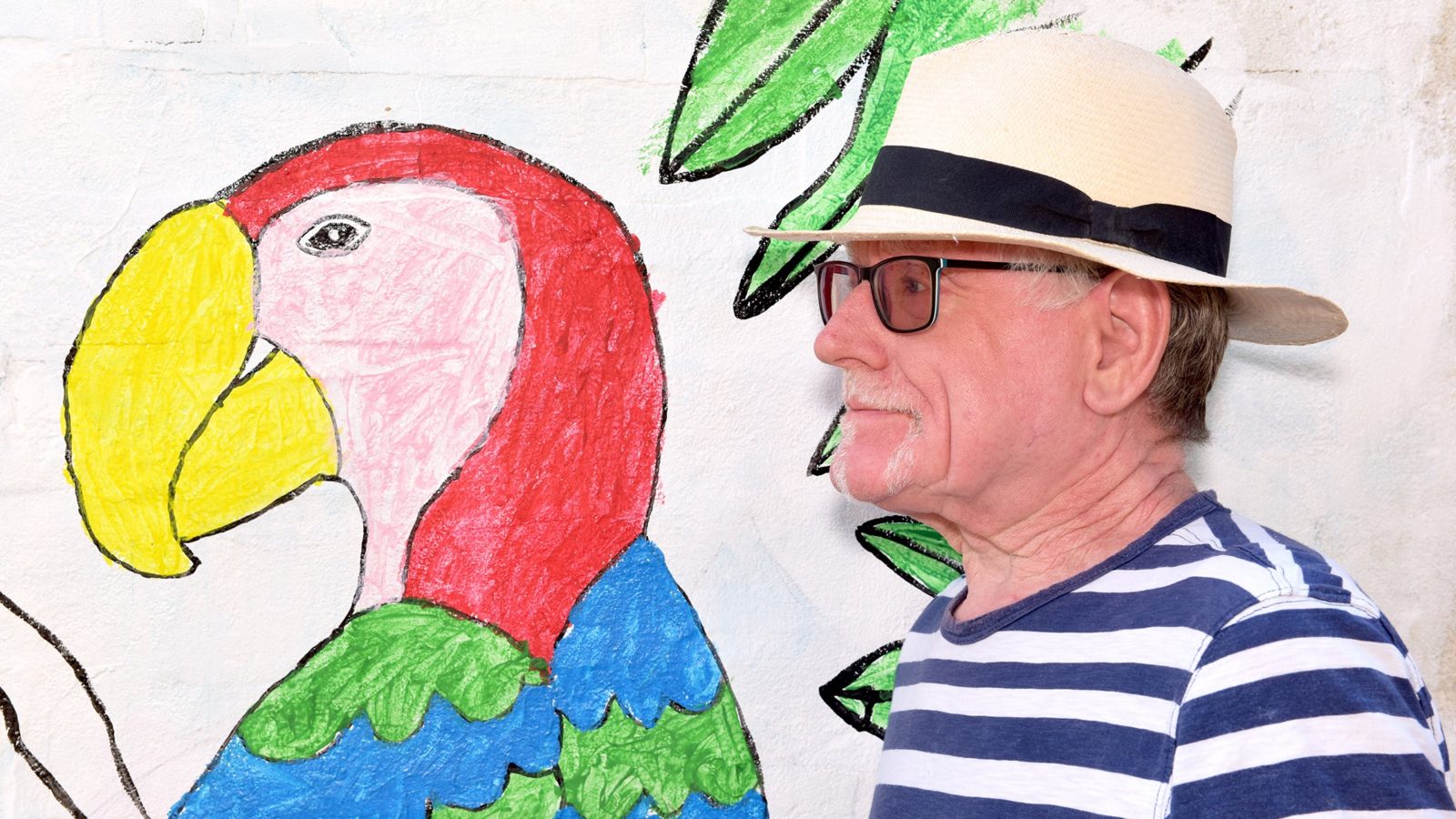 Mike Manson has established a reputation for witty, off-beat novels with his first two works of fiction, Where’s My Money? and Rules of the Road. Ahead of the publication of his third novel, Down in Demerara, the popular Bristol-based writer spoke to Bristol 24/7 about Guyana, writing humorously, and the Bristol literary landscape.

What made you choose Guyana for the setting of Down in Demerara?

Most people don’t know where it is! They think it’s in Africa. Guyana is the only English speaking country in South America and is one of the few places that is still off the beaten track. It’s difficult to get to and once you’re there, there’s just one reliable main road along the coast. If you want to go inland you have to fly by light aircraft. Inland is rainforest and there’s also a patch of savannah. Like Africa without elephants and lions. There’s some spectacular scenery. The Kaieteur Falls has the largest single drop of water in the world. When I visited there was nobody else there. There’s just a wooden lodge and a landing strip hacked out of the jungle – which they call bush – and nothing else. Such a contrast to Niagara Falls where there’s hotels, casinos and shopping malls.

And the coastal strip, where everybody lives, is below sea level. The country was originally colonised by the Dutch. Why the Dutch can’t build their towns on hills like everybody else is beyond me. At high tide you can see the ocean spilling over the dykes. It’s scary – and doesn’t bode well for the future with rising sea levels.

Since writing Down in Demerara I’ve met several exiled Guyanese. They have a deep love for the country but can’t return to live because of lack of employment opportunities.

How much research was involved in order to accurately portray Guyana?

I’d been to Guyana on a rather strange and abortive mission in 1999. I then went back a couple of years ago to check facts and do further research. It was real Bear Grylls stuff. I slept in the jungle in a hammock. The night time noise was fantastic! I knew I wasn’t going to get much sleep so I lay awake trying to identify what was making this racket – wild dogs, howler monkeys, tree frogs, cicadas. The scariest bit was when I went to the drop toilet and a vampire bat flew out of it. Oh, and the giant spiders, the size of your hand. Actually, it’s helped my arachnophobia – British house spiders look like gnats after those beasts.

Just remember Down in Demerara is fiction and I have used my imagination. Some of the distances have been stretched and the names changed. Having said that, I have tried to evoke the spirit of the place. 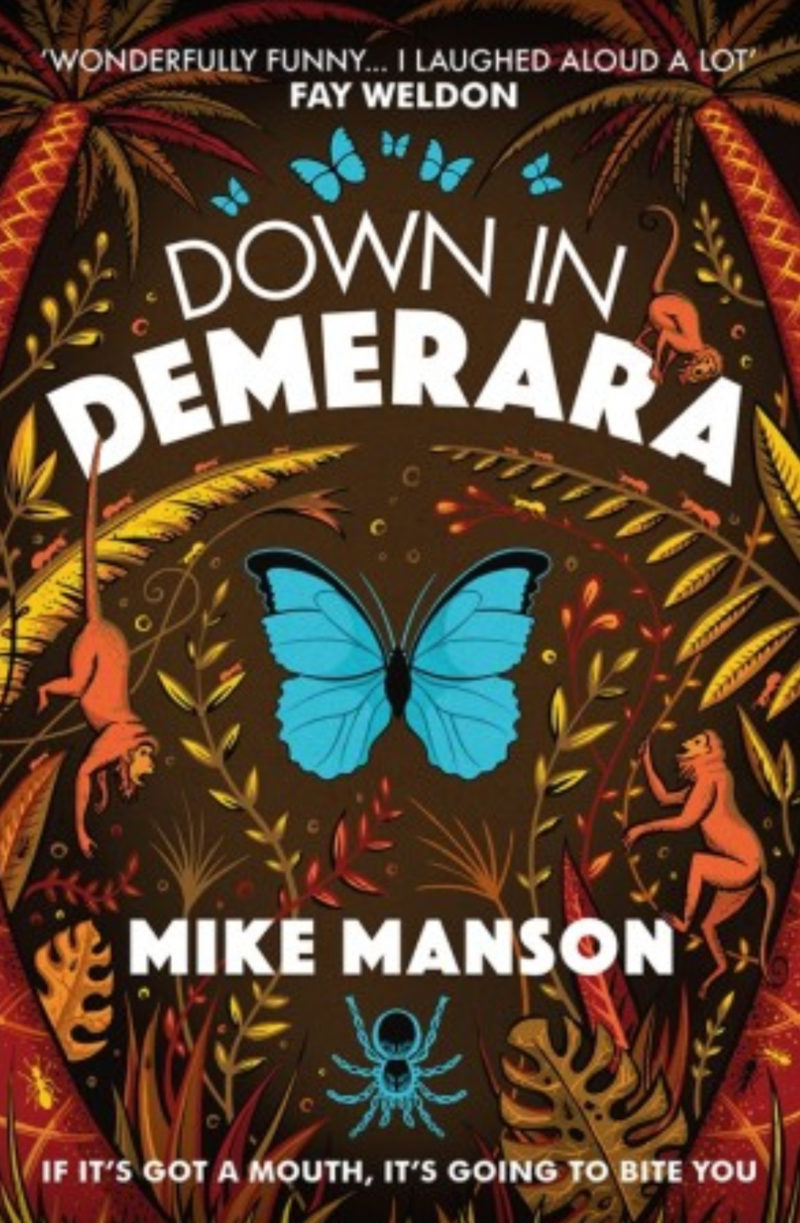 As in your other novels, there is plenty of humour in Down in Demerara. How difficult do you find writing humorously?

I think humour breaks down barriers and done well it can be magic. It’s a serious business being funny! My humour tends to come out of contradictions, awkward situations and misunderstandings along with a bit of surrealism thrown into the mix. I find I have to work at it and dig deep. Humour is bit of a dark art – you don’t want to try to unpick it too much.

I like my books to be playful with a sense of defiance. Laughter helps you cope with the incongruities of life. My favourite book over the last year has been Paul Beatty’s The Sellout. Wow, he really went for it. At times you wonder if you’re allowed to laugh. As soon as I finished it, I read it again. I don’t think I’ve ever done that before.

Is the main character, Felix Radstock, based on anyone in particular?

Down in Demerara is written in the first person, but it’s not me! Felix Radstock is naïve but good natured. The innocent abroad.

In retrospect, I realise I’ve now completed a trilogy. Felix Radstock first appeared in Rules of the Road (Mike’s second novel) a young man looking for adventure or whatever comes his way. Max Redcliffe in Where’s My Money? (Mike’s first novel) was coping with entering the world of work. In Down in Demerara the main protagonist is in his mid-thirties and everything he aspires to seems to be just out of reach.

How much influence did studying for an MA in Creative Writing have on the book and your approach to writing in general?

Yes, I did the Creative Writing MA at Bath Spa a couple of years ago. I loved every moment of it. The luxury of spending a year writing and being with other writers was a privilege. There are some very experienced lecturers. I was lucky to have Fay Weldon as my personal tutor. I thought I’d got a warped sense of humour but, man, can Fay twist it!

As to what I learnt, it was little things – putting in more details. I’m a dialogue driven writer, I love the conversational style of Roddy Doyle, but you’re missing a trick in travel writing if you don’t add colour and smells. 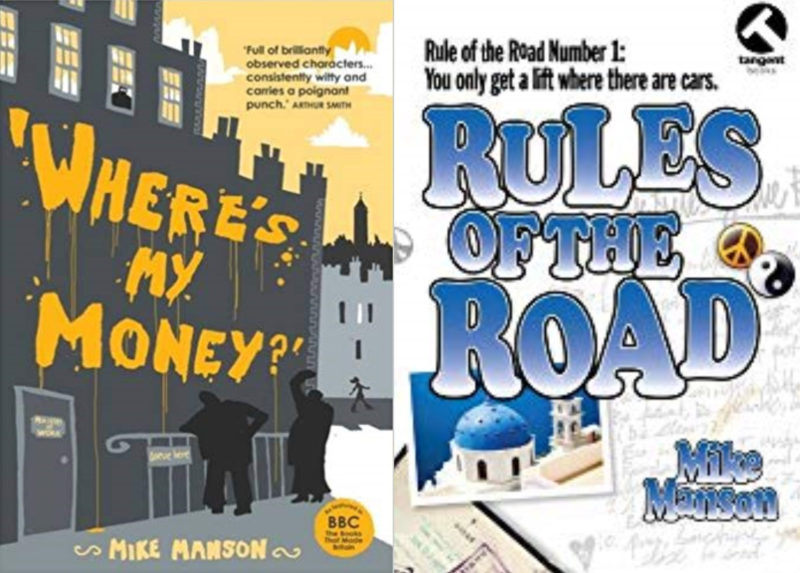 You started the MA after you’d had your first two novels and other local history books published. Did that give you a head start on the course?

Well, the one thing I know, and have experienced, is that when writing a novel you’re in it for the long haul. Over time I’ve learnt how I write and when I write. It’s a personal thing. I set myself a very low target. I only write 1000 words a week. Really! Half an hour first thing in the morning; just a paragraph a day. So it’s no big effort. This allows you plenty of thinking time. After a year and a half you’ve got the bones of a novel. I then spend another year and a half working on fixing the plot and weaving everything together.

Some writers say they are going to write a novel in a year -or a month!  Well, good luck to them. Some achieve this, but most are setting themselves up for a fall. I prefer the leisurely approach. I should point out that I do other things as well as write!

You’re involved in lots of cultural activity in Bristol, including the Bristol Festival of Literature. What impact does the city’s literary scene have on your work?

We are blessed in Bristol. There is so much going on. My advice to any writers starting out is to get out there. Go to talks, get involved. The Bristol Festival of Literature has some great, hands-on workshops in a variety of venues across the city. Meet other writers. Grace Palmer’s Novel Nights is a unique opportunity to hear writers and speak to like minded people. And then, of course, there’s the Bristol Short Story Prize which has been the launching pad for the careers of many writers over the last ten years.

I’ve been a member of a writing group for a decade. We critique each other’s work in an honest yet supportive way.

Procrastination is the biggest enemy for writers. For me it’s little and often. You can write anywhere, any time. You don’t need to wear lycra. All you need is a notebook and computer.

Down in Demerara is published by Bristol publisher, Tangent Books. For more information, visit www.tangentbooks.co.uk/books/fiction/pre-order-down-in-demerara.html

The book will be launched at Waterstones, Bristol Galleries on October 11 at 7pm. For full information, visit www.waterstones.com/events/mike-manson-book-launch-for-bristol-literature-festival/bristol-galleries